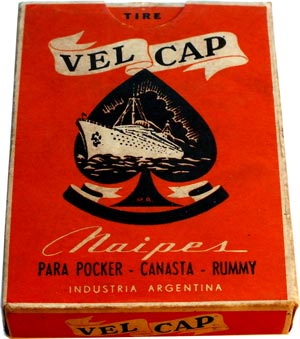 Cappellano's address is given as Sarmiento 1537-43, and a telephone number is also given as T.E. 35‑6168. Cappellano's capital is stated as $200,000. Orestes A. Cappellano are now distributors as well as manufacturers of their own cards. 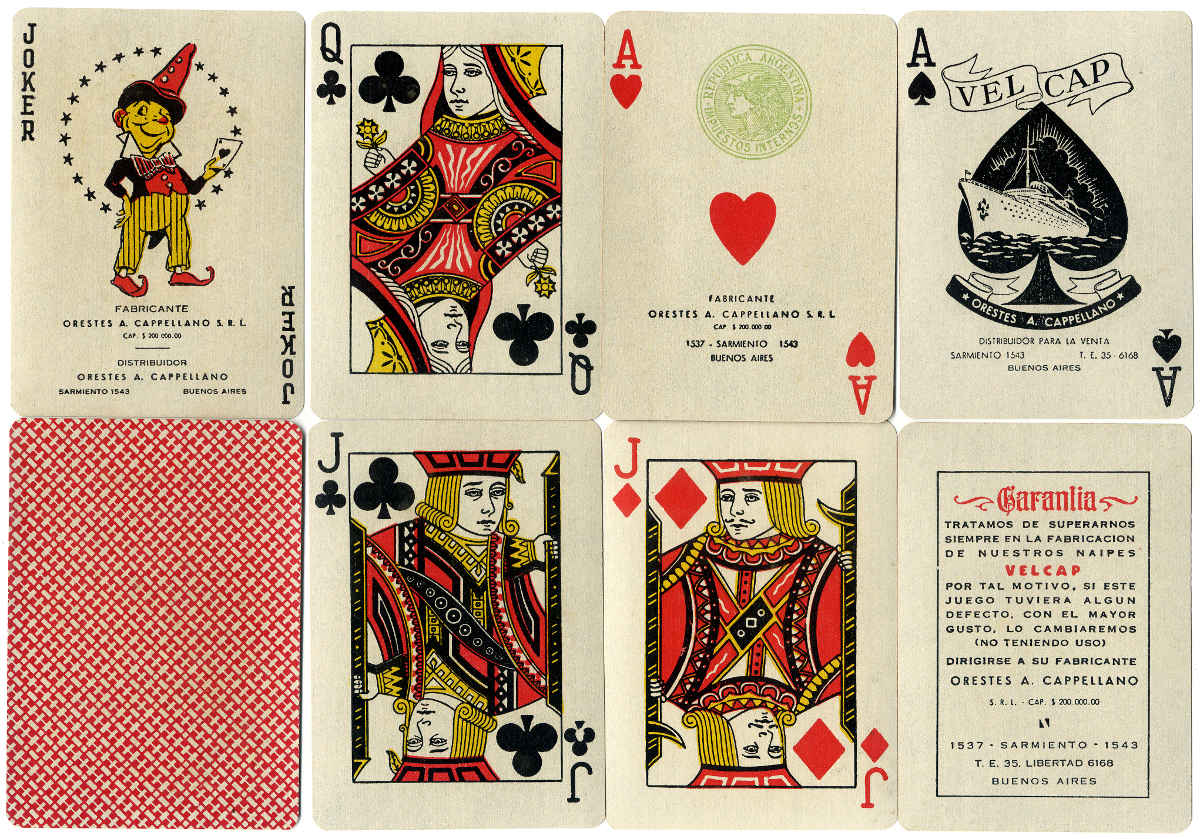 Below: 1 Peso orange tax band, normally used on home-manufactured Anglo-American decks, as in this example. In conjunction with the later version of the "Mercury" tax stamp on the ace of hearts, the date can be estimated at around 1948-52.