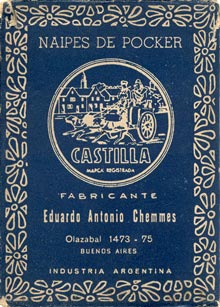 Naipes 'Castilla' were produced with blue or brown backs during the early 1950s. This rare manufacturer probably had cards printed by Ernesto Flaiban who was also printing virtually identical cards for Mario Colombo, E. P. Franco and others around this time.

Right: the box has a curious spelling of the word "Poker". 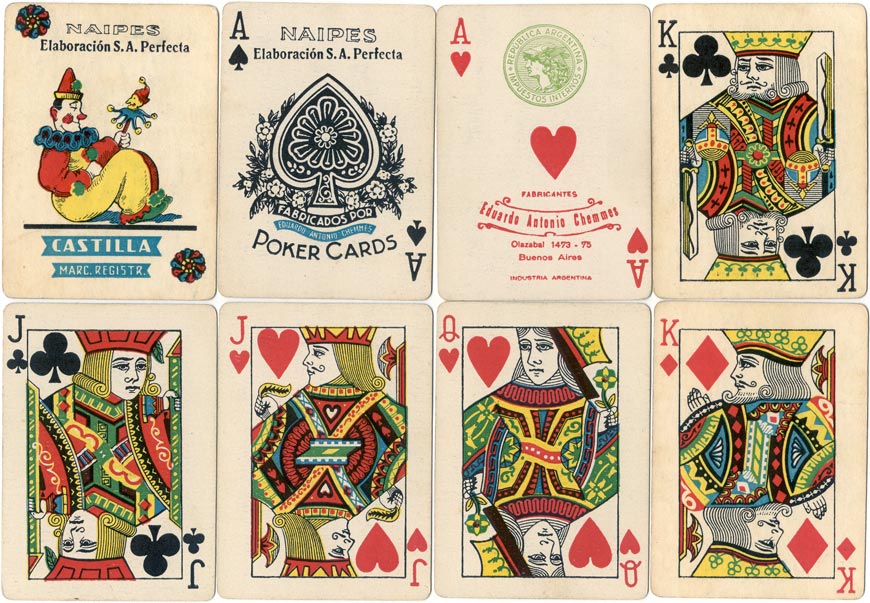 Above: cards published by E. A. Chemmes, Buenos Aires during the early 1950s, with the green 'Mercury' tax stamp on the ace of hearts. Although Chemmes is stated as the manufacturer, the cards were probably printed by Ernesto Flaiban.