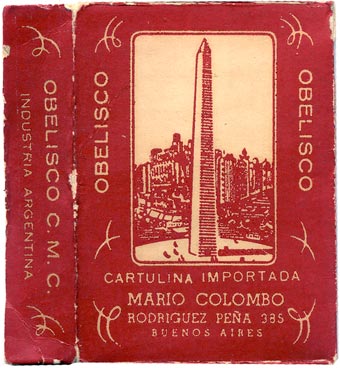 Mario Colombo's "Naipes Obelisco" - described as naipe fino para poker but printed on low grade stock - feature an Ace of Spades and Jokers directly copied from those of John Waddington (England). Mario Colombo also produced Taroquis "Obelisco" for which the address was given as Rodriguez Peña 335. There may have been a typographical error as here it is given as Rodriguez Peña 385. Although Mario Colombo is named as the manufacturer, the cards were probably produced by Ernesto Flaiban who was also printing virtually identical cards for E. A. Chemmes, E.P. Franco and others around this time.

Right: the box shows a drawing of the obelisk built in 1936 in commemoration of the founding of the city of Buenos Aires. 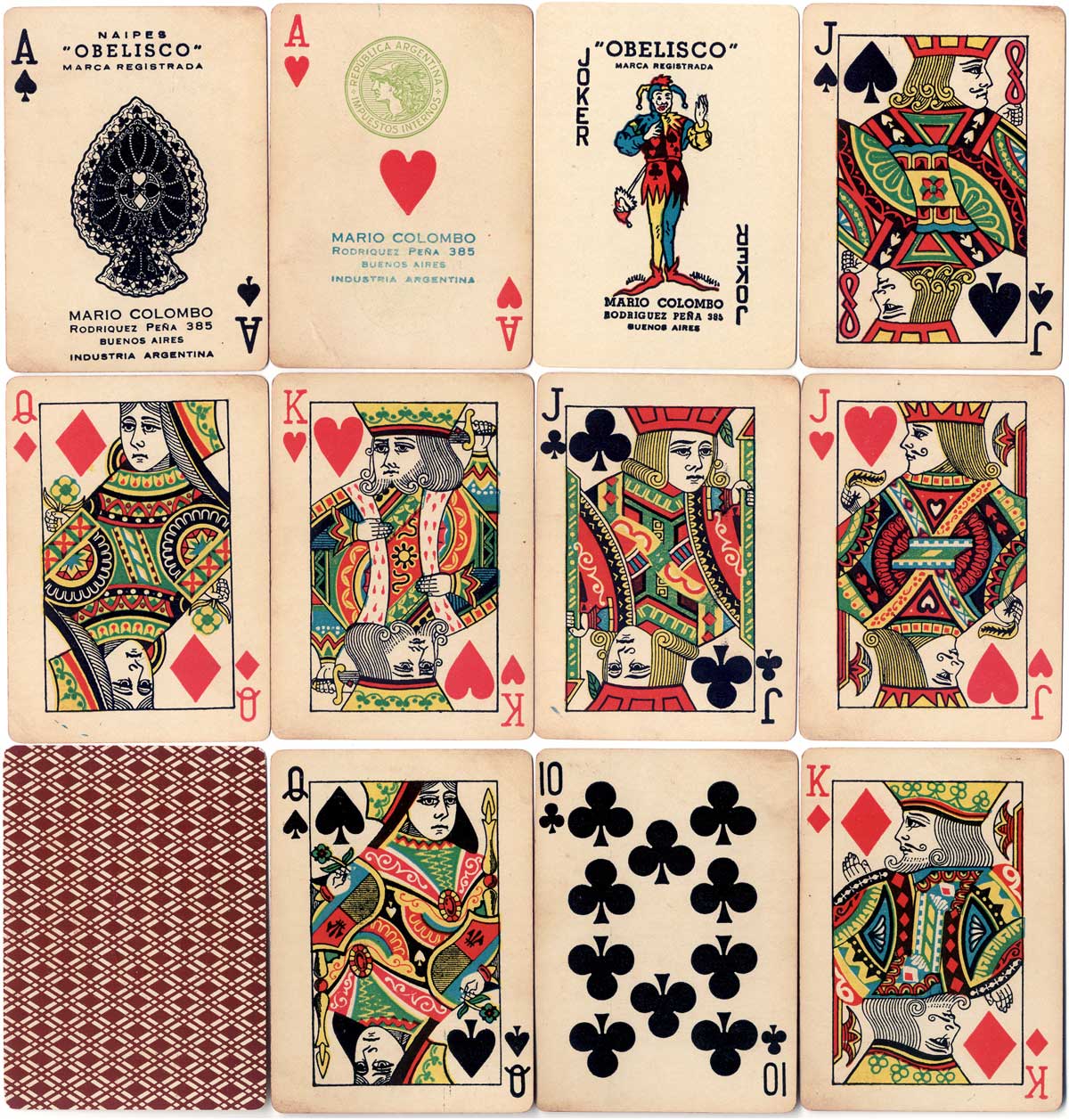