One of several brands produced by Cía Fabril Financiera, this brand had been produced earlier by Compañía General de Fósforos, before Cía Fabril Financiera took over the playing-card production in c.1930. The designs are based on those of Comas of Barcelona (Spain) but we have no idea why the logo on the four of cups shows an angel next to a straw hut. 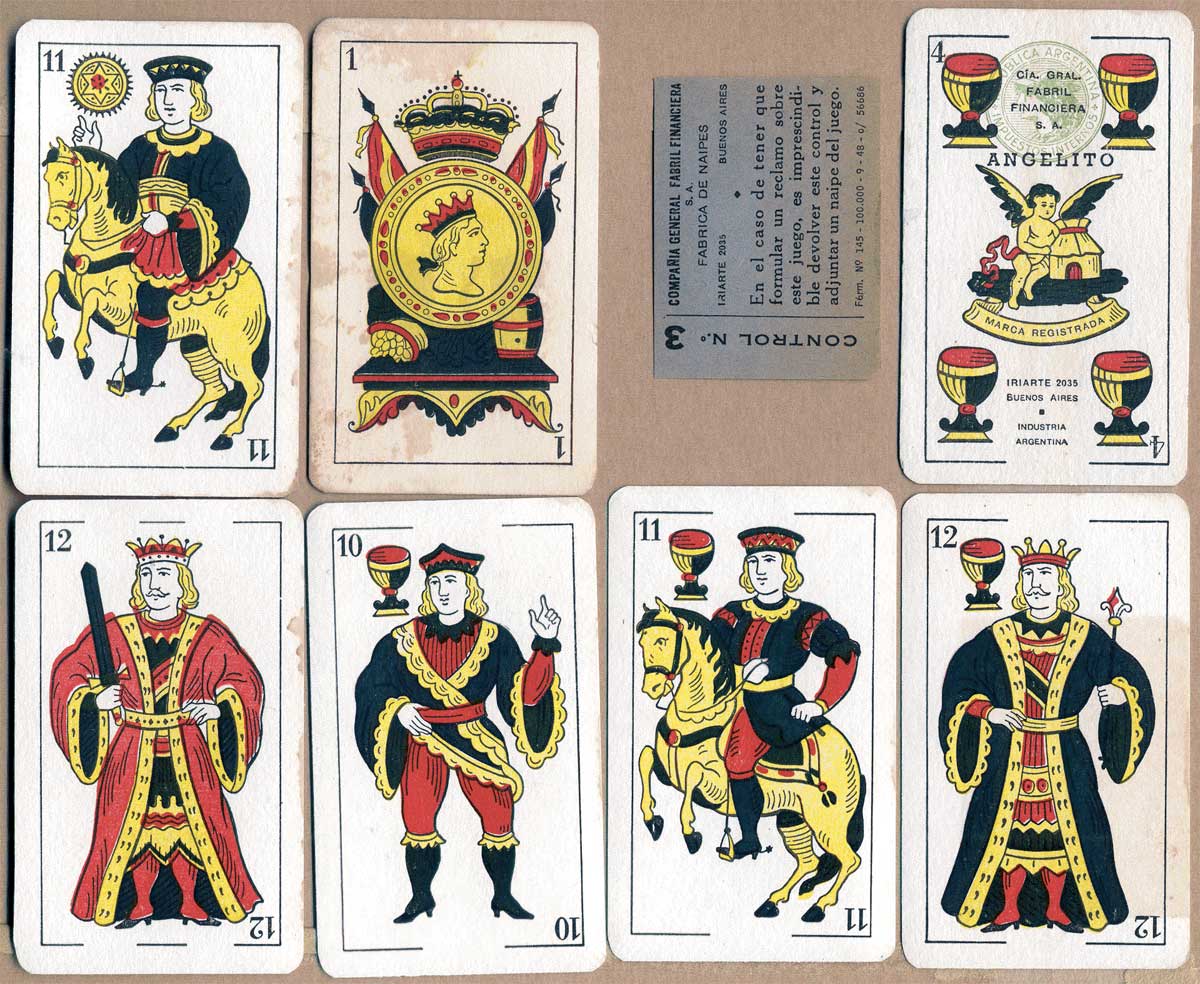 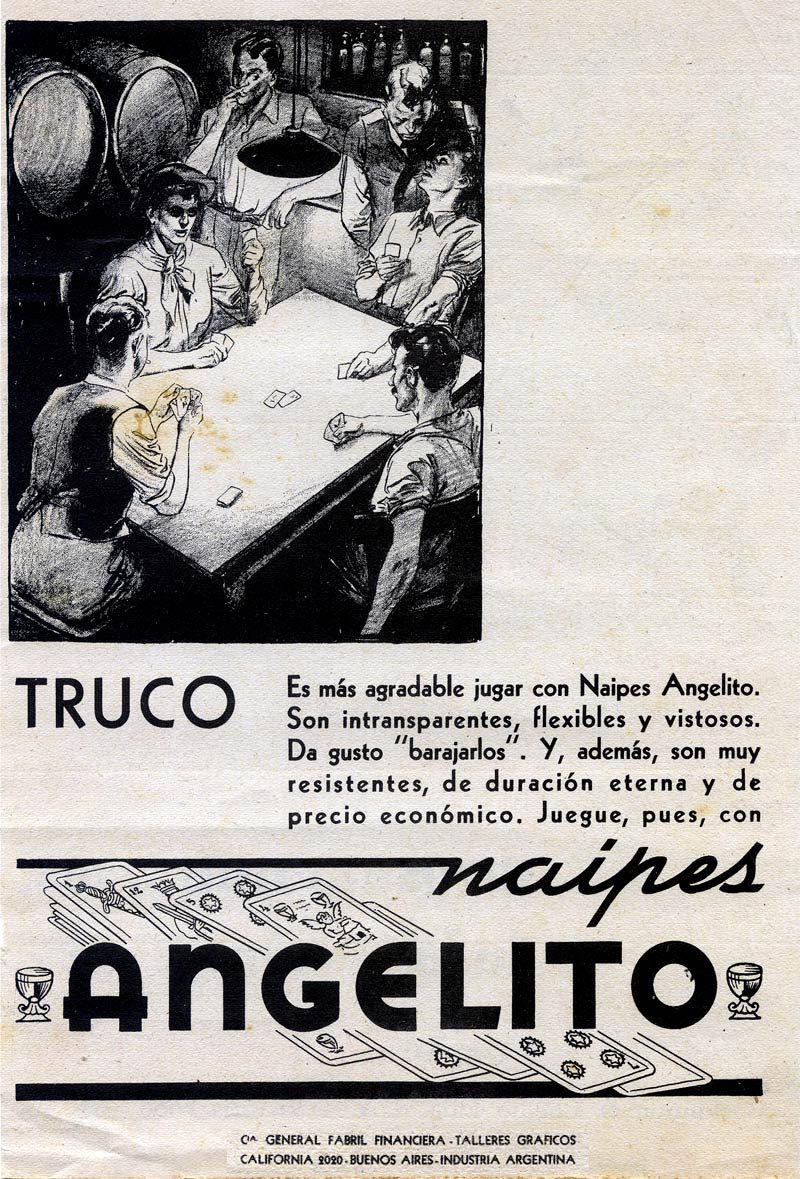 Left: advert from a magazine for Naipes Angelito in which a game of cards is taking place in a wine cellar. No money is visible so it is just a friendly game. The advert says that it is more pleasurable to play with 'Angelito' cards, which are non-transparent, flexible, bright and colourful, long-lasting and cheap. The address for Cia Fabril Financiera is given as California 2020, Buenos Aires. c.1930