Martín Fierro was created by José Hernandez (1834-1886) in 1872, and today ranks as the highest achievement in Argentinean romantic Gaucho literature and poetry. Rooted in popular oral poetry, it has become something like a national poem. Hernandez was involved in many spheres of activity during his life, including the newspaper industry, government, education and banking. Several passages of his epic poem are written in the local gaucho dialect: the narrative touches upon issues such as the fight for freedom against adversity and injustice, love for humanity, truth and integrity, all aptly expressed in the drawings and overall slightly sombre presentation in this deck of playing cards. 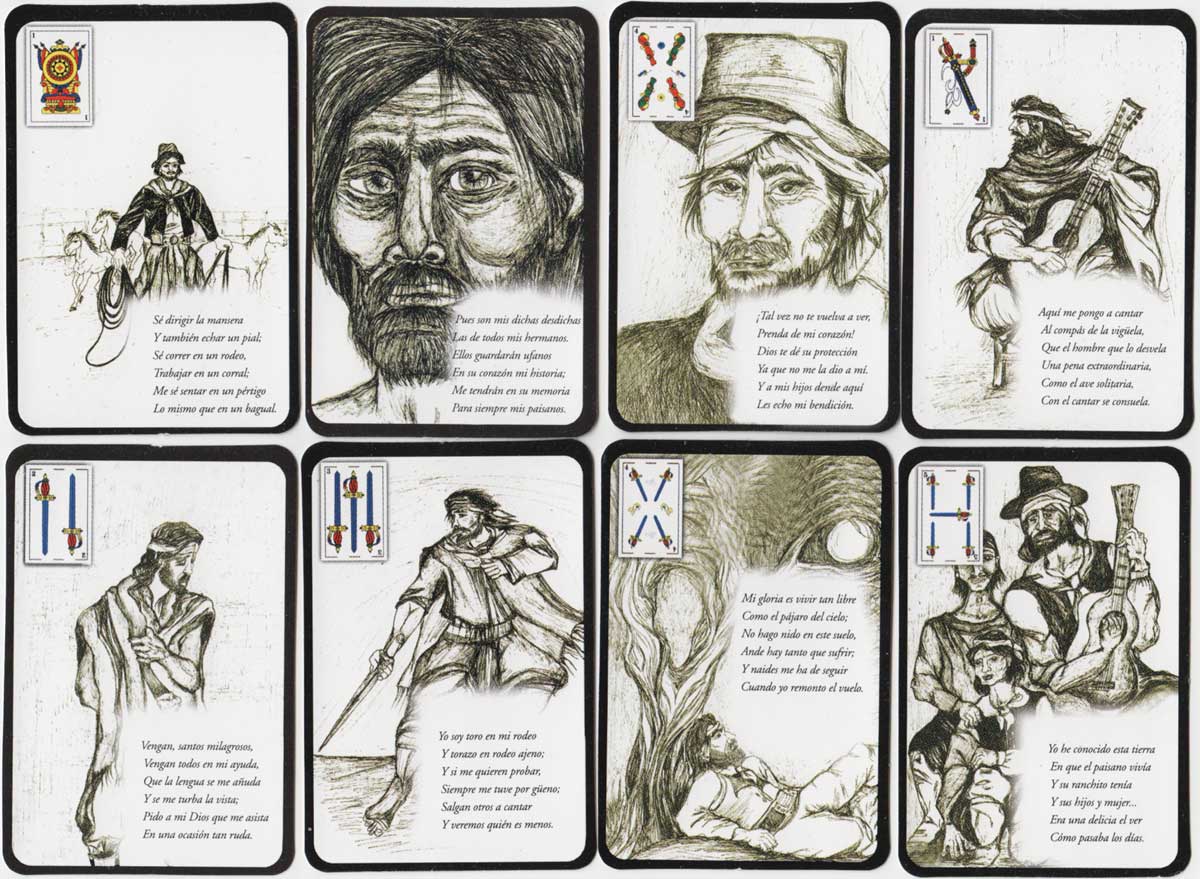 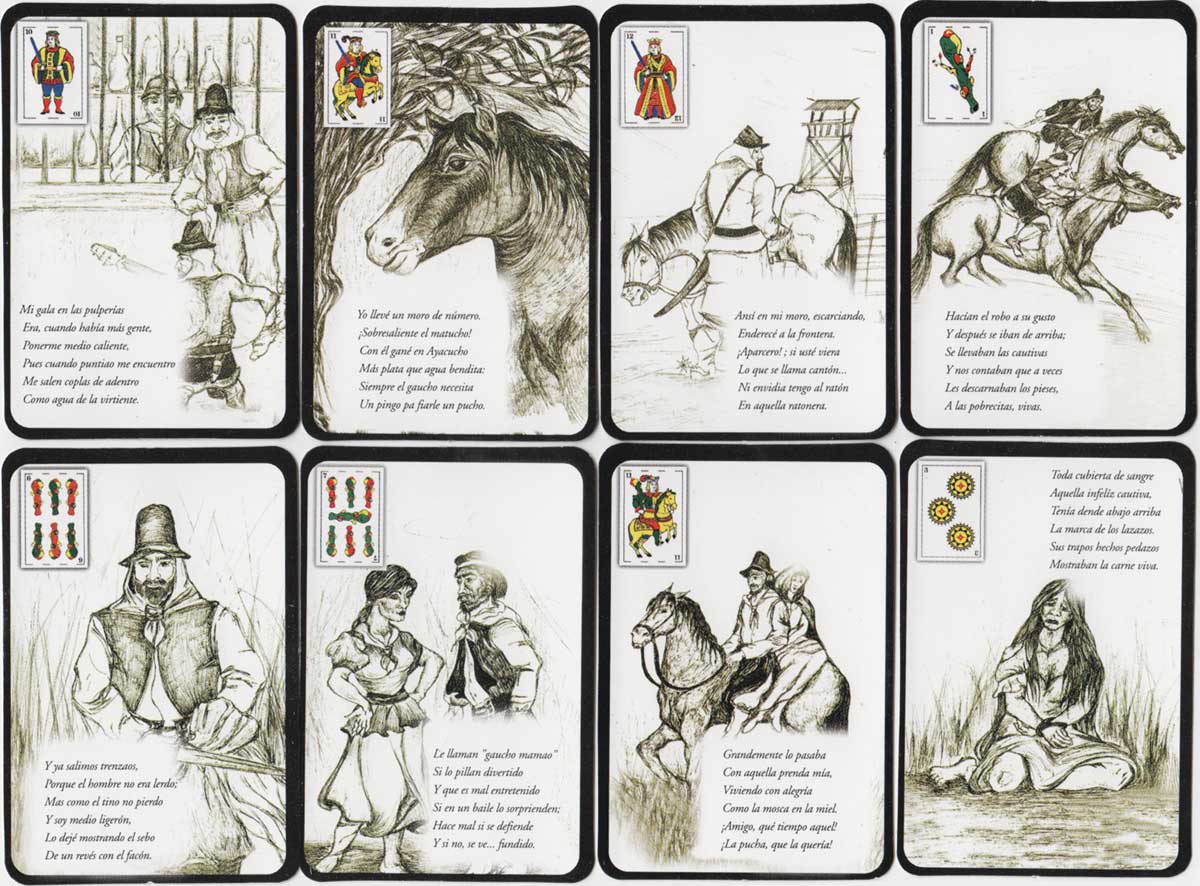 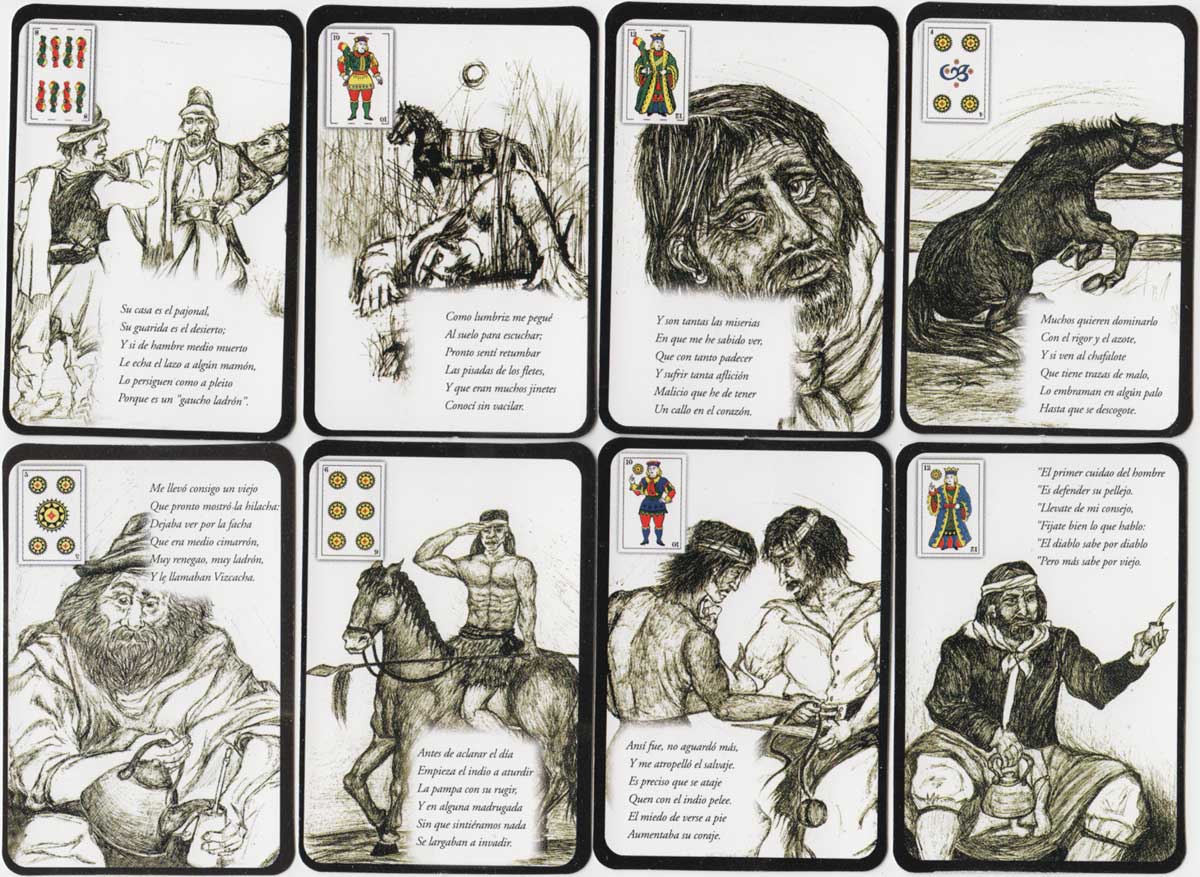