New techniques, such as a process for manufacturing two-ply board using black glue and improved varnishing, led to the cards having a quality comparable to those imported from Spain or France. Over the years the firm became very successful and produced a range of products including school notebooks, envelopes, containers, office stationery and playing cards.

At its height the factory was producing in the order of 6,000 packs per day, staying off foreign competitors. In 1952, Paisanito S.R.L. was set up with premises at Rio Limay 1527-29, but was re-merged with the parent firm shortly afterwards due to legal reasons. During the second half of the 1960s profits declined and the business was finally closed down in 1970.

Thanks to Diego Flaiban for historical information about E. Flaiban. 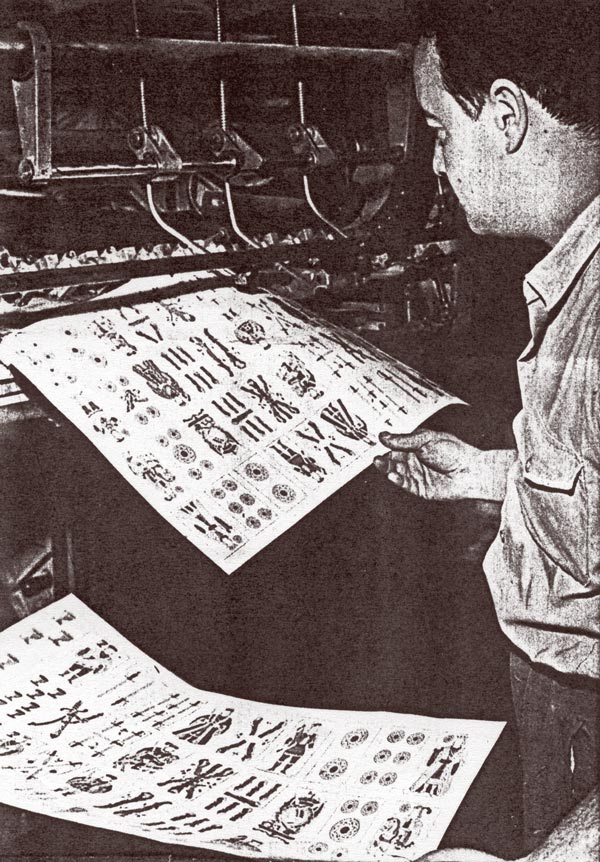 Above: card faces being pulled from the machine. The backs were printed separately, and then both sheets were glued together and given a satin finish. 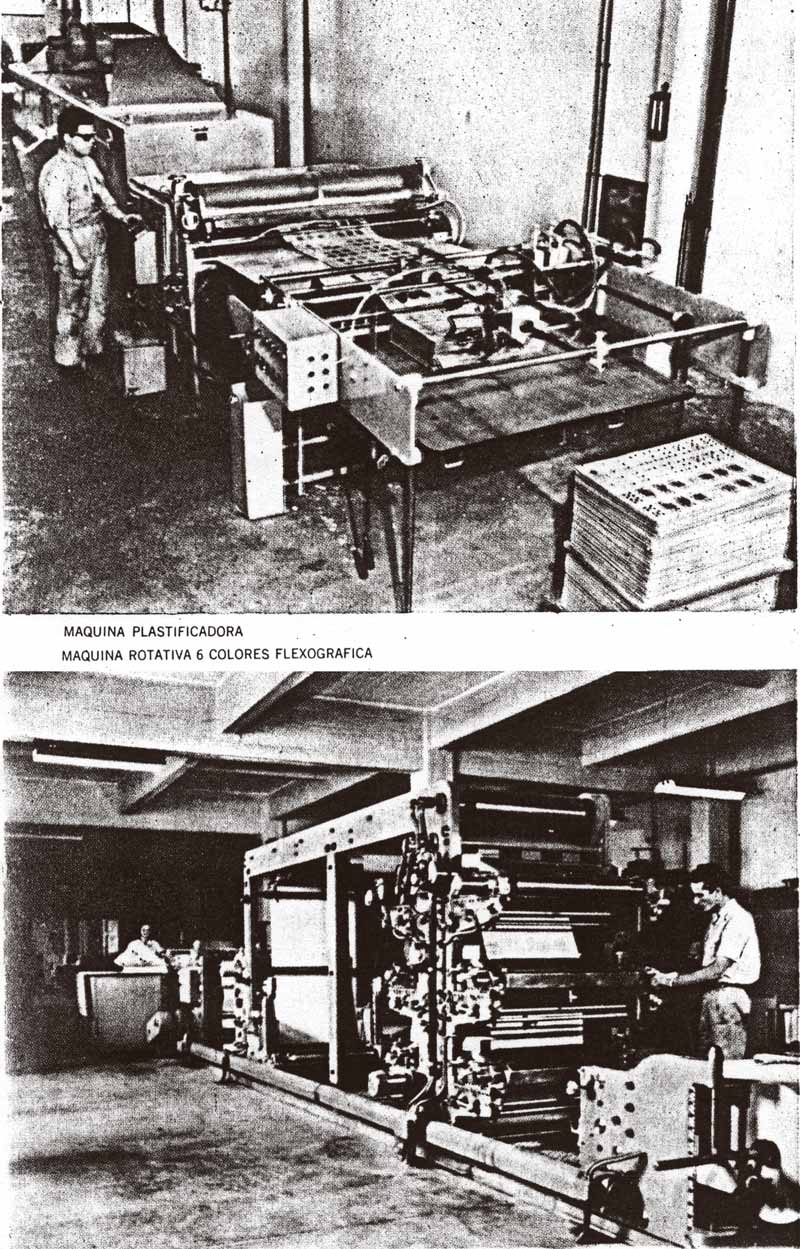 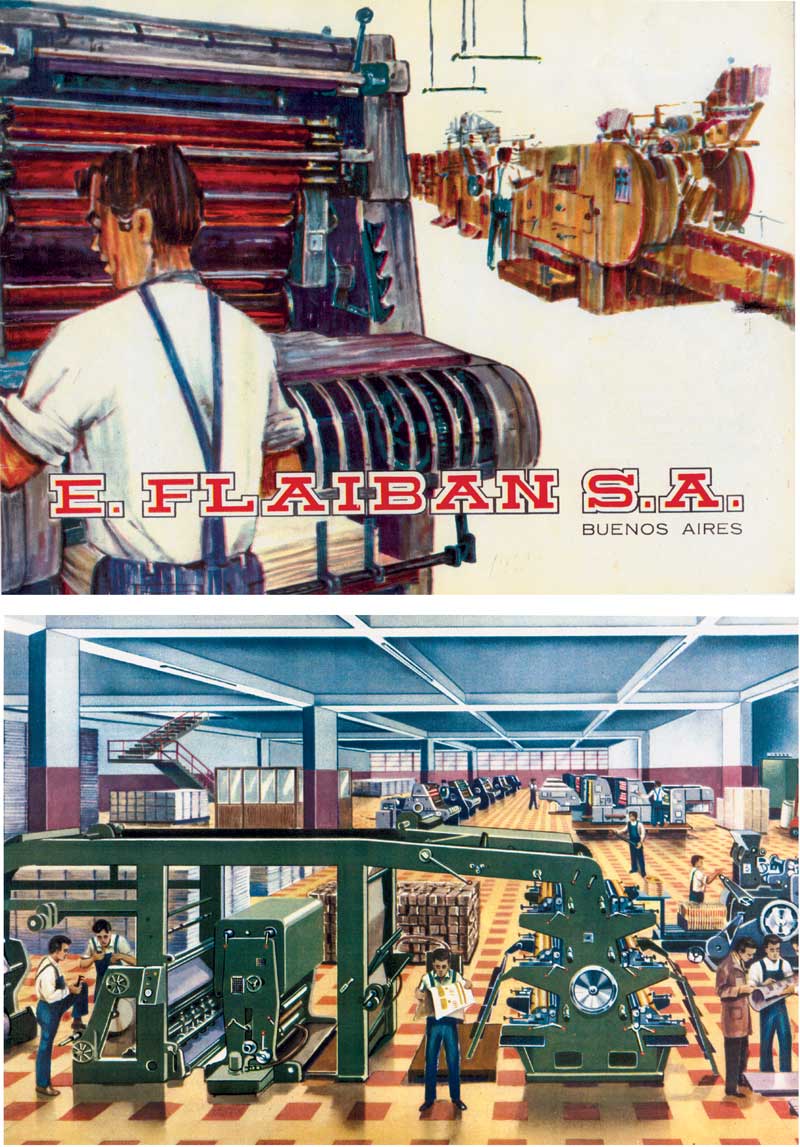 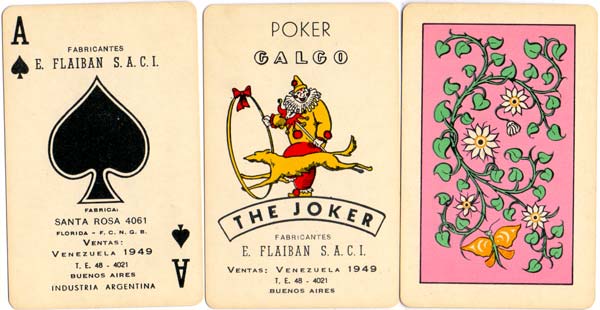