Editorial Kier S.A., of Buenos Aires, publishes a wide range of esoteric books. The “Tarots Egipcios” was first published in c.1971 with Spanish titles, with a booklet (also in Spanish) explaining the cabbalistic meanings of the cards. These are a complicated compendium of 'certain knowledge' rendered in terms of the Book of Thot, the Egyptian alphabet and glyphs, zodiac and planetary signs, the Hebrew alphabet and numerology. All of this is related to the physical, mental and spiritual planes, seen on the cards as three coloured areas. The booklet, which is an abridged version of a full ‘authorised’ work by J. Iglesias Janeiro, also briefly explains that the minor arcana cards, whilst partaking of the same transcendental symbolism, represent the varying practical circumstances in which universal laws may manifest themselves in the physical plane. The pack deviates considerably from standard tarot formats, and the 56 minor arcana cards are numbered 23 to 78 with egyptianesque scenes on each card, but no suit symbols. 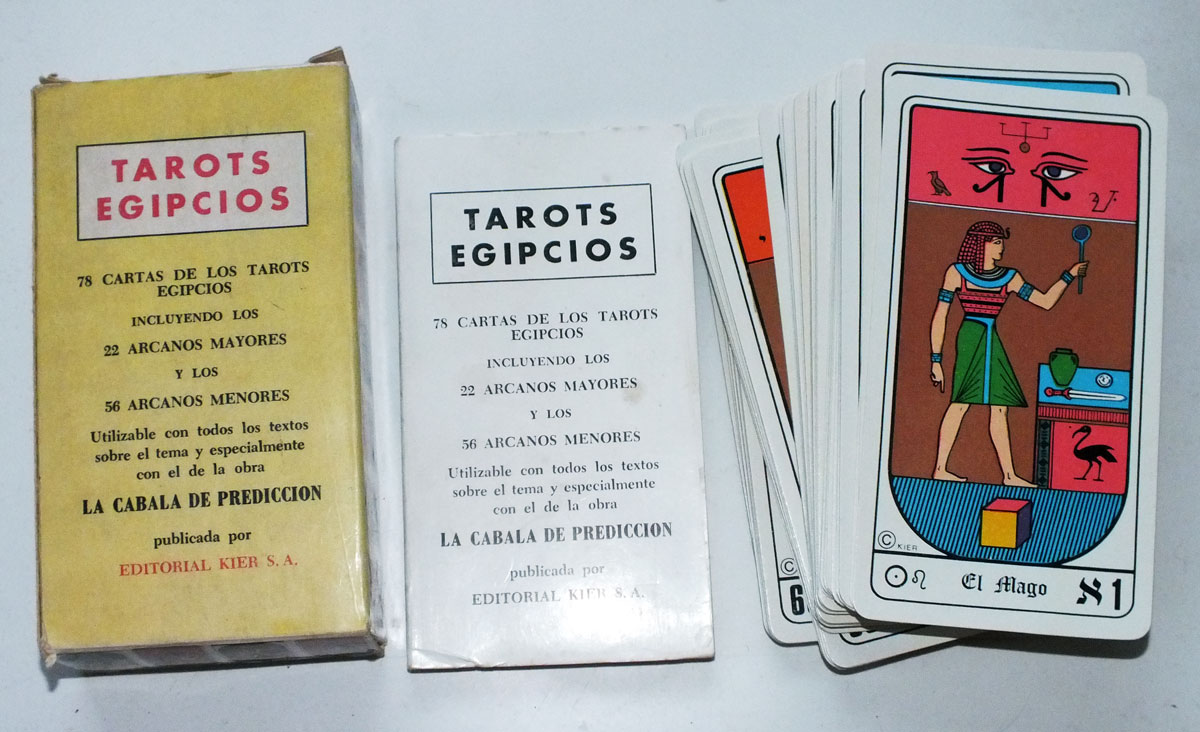 The pack was re-published with English titles in 1984 by U.S. Games Systems, and was also imitated or plagiarised in several other editions in U.S.A., Spain and Mexico.

Get to know the Egyptian Tarot here►