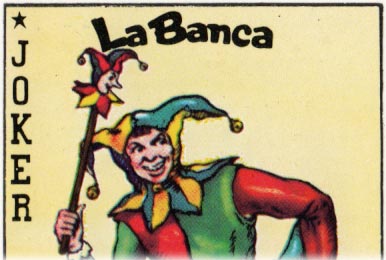 Naipes La Banca produced a series of standard and advertising decks during the 1970-80s, both Spanish-suited and Anglo-American patterns, as well as an "Egyptian Tarot" deck. The words "Naipes La Banca” and/or "Industria Argentina” usually appear somewhere on the cards, although no further details of the manufacturer are known. 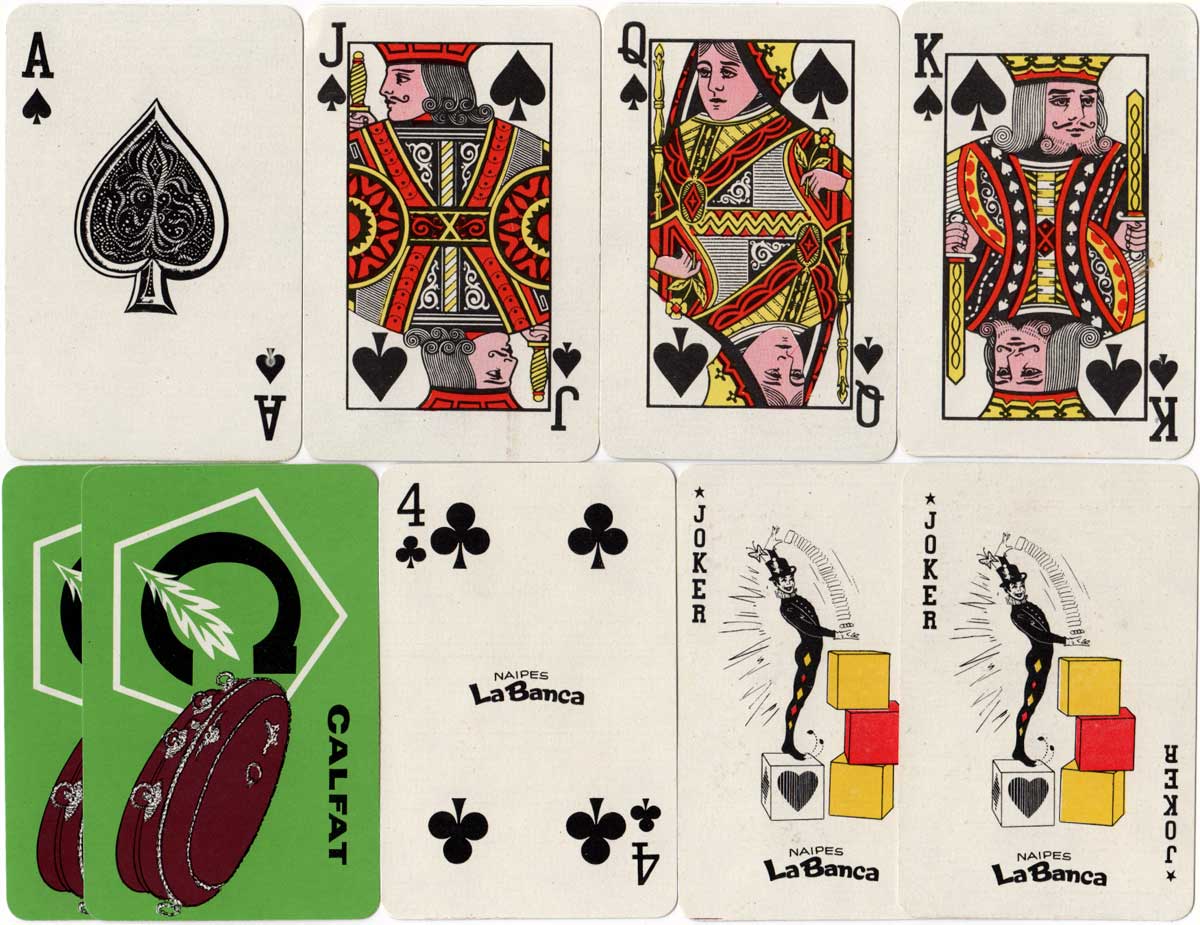 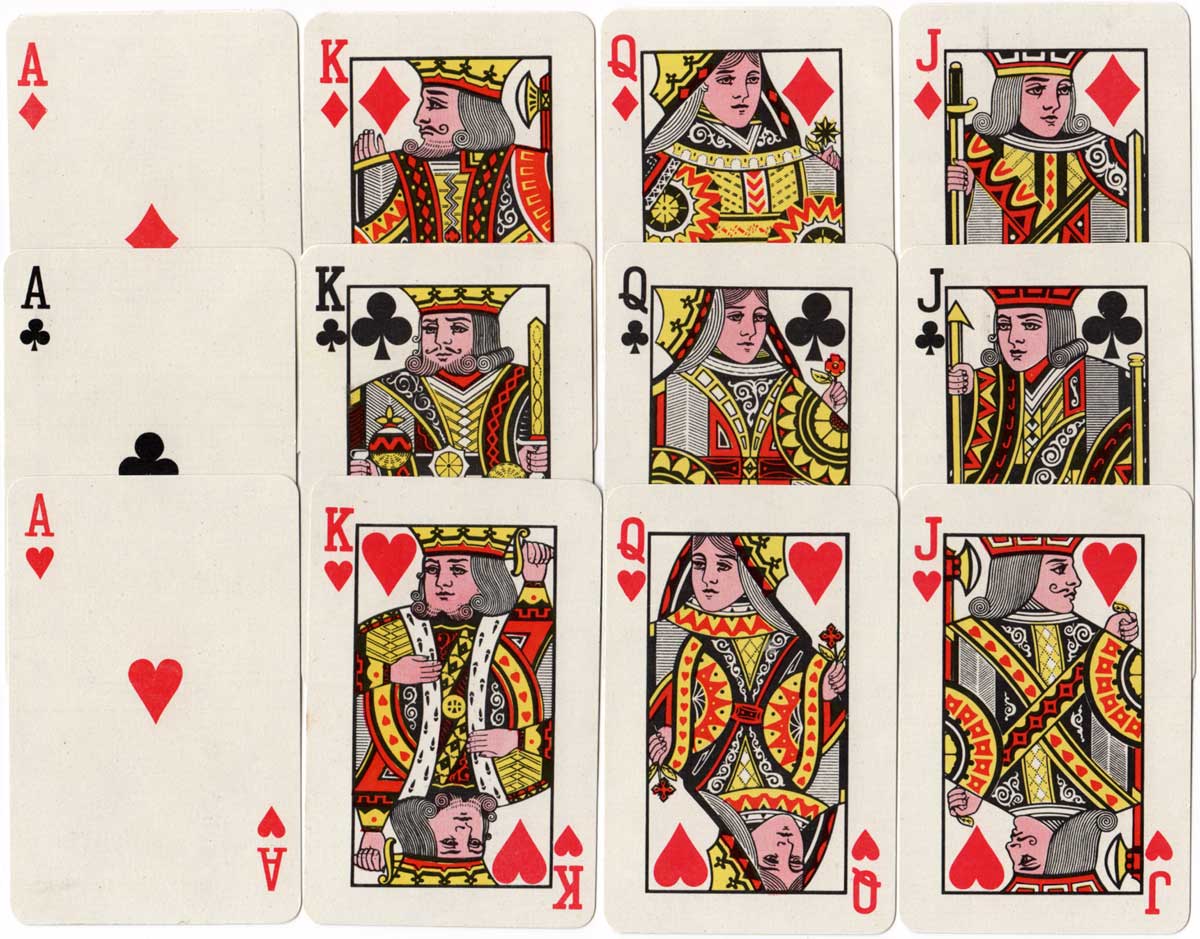 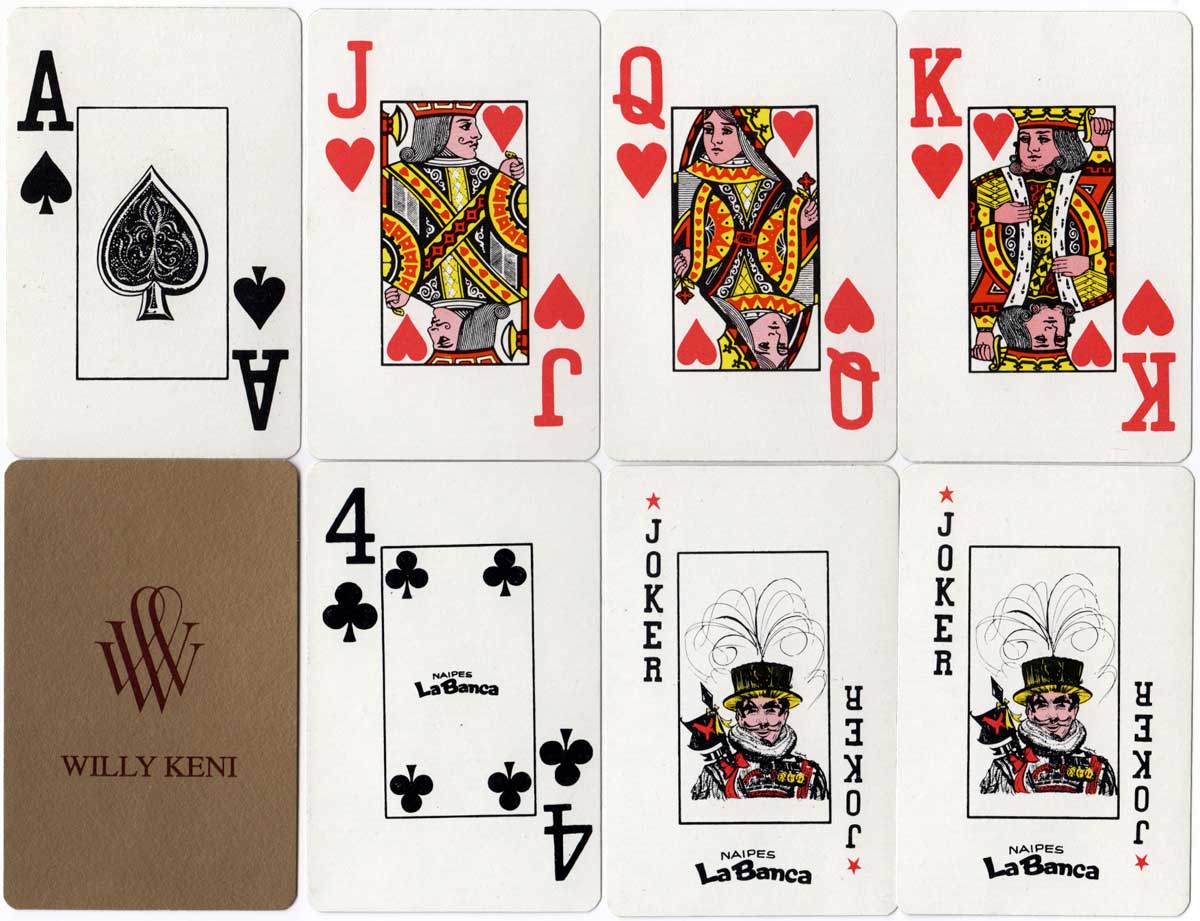 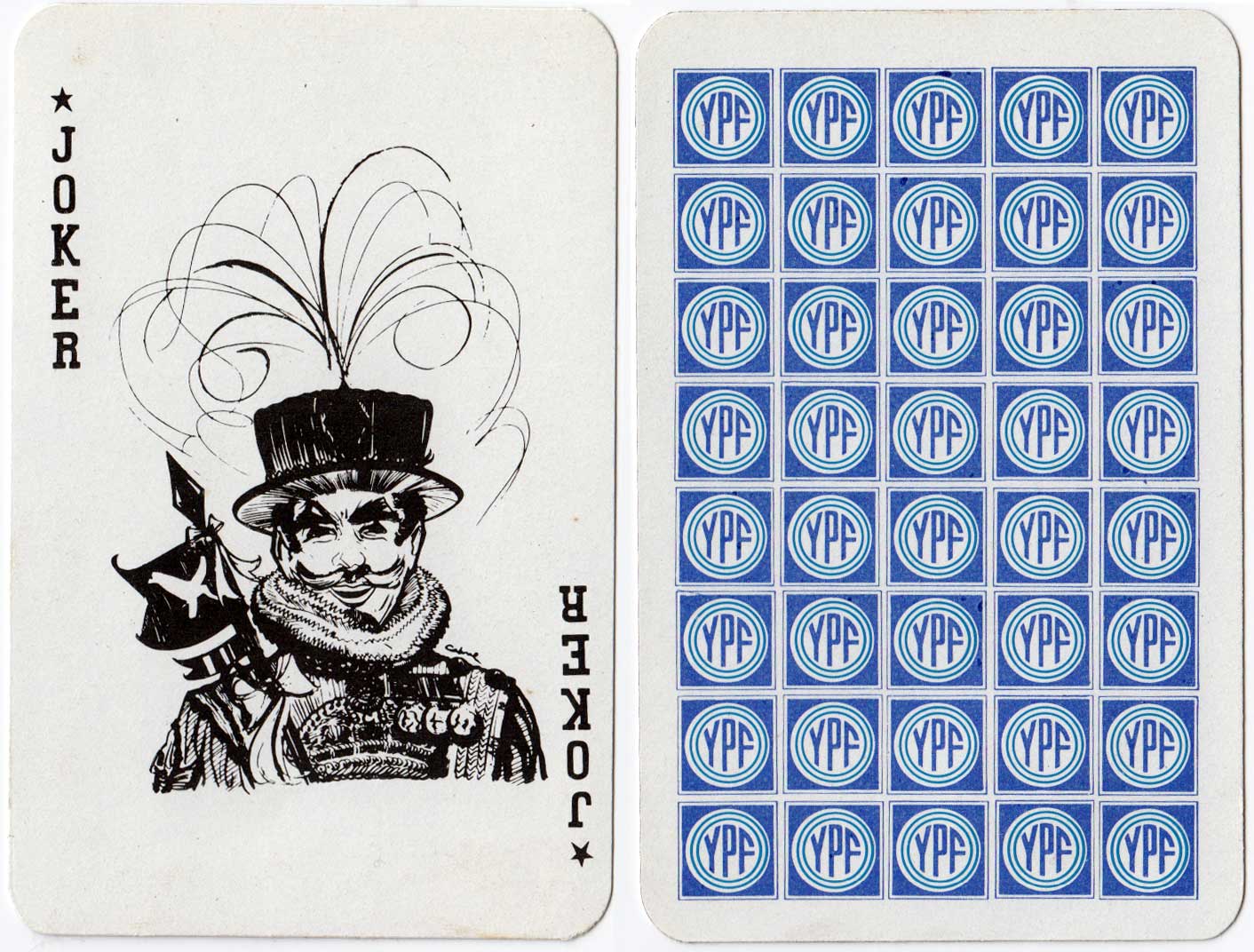 Right: alternative version of the ‘Beefeater’ joker in a deck for YPF energy, c.1975 → 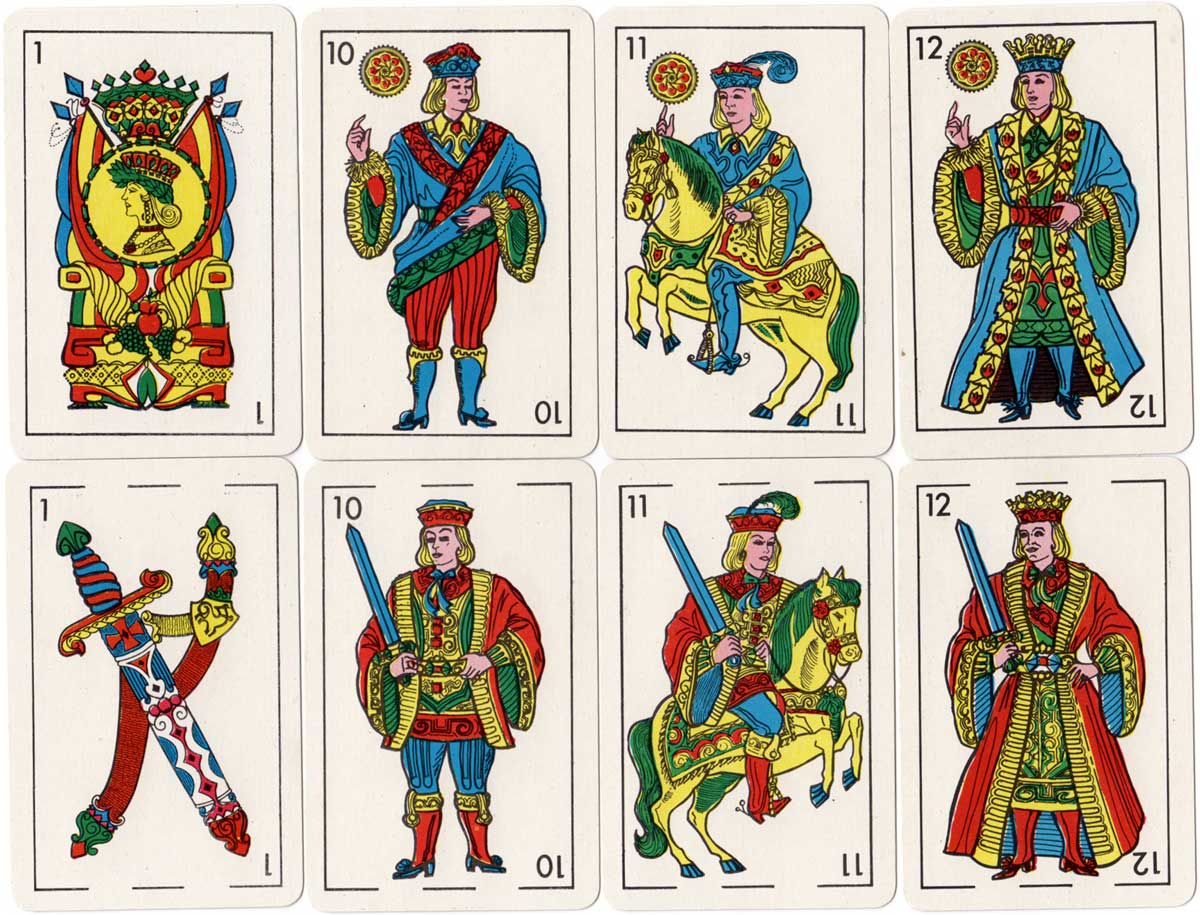 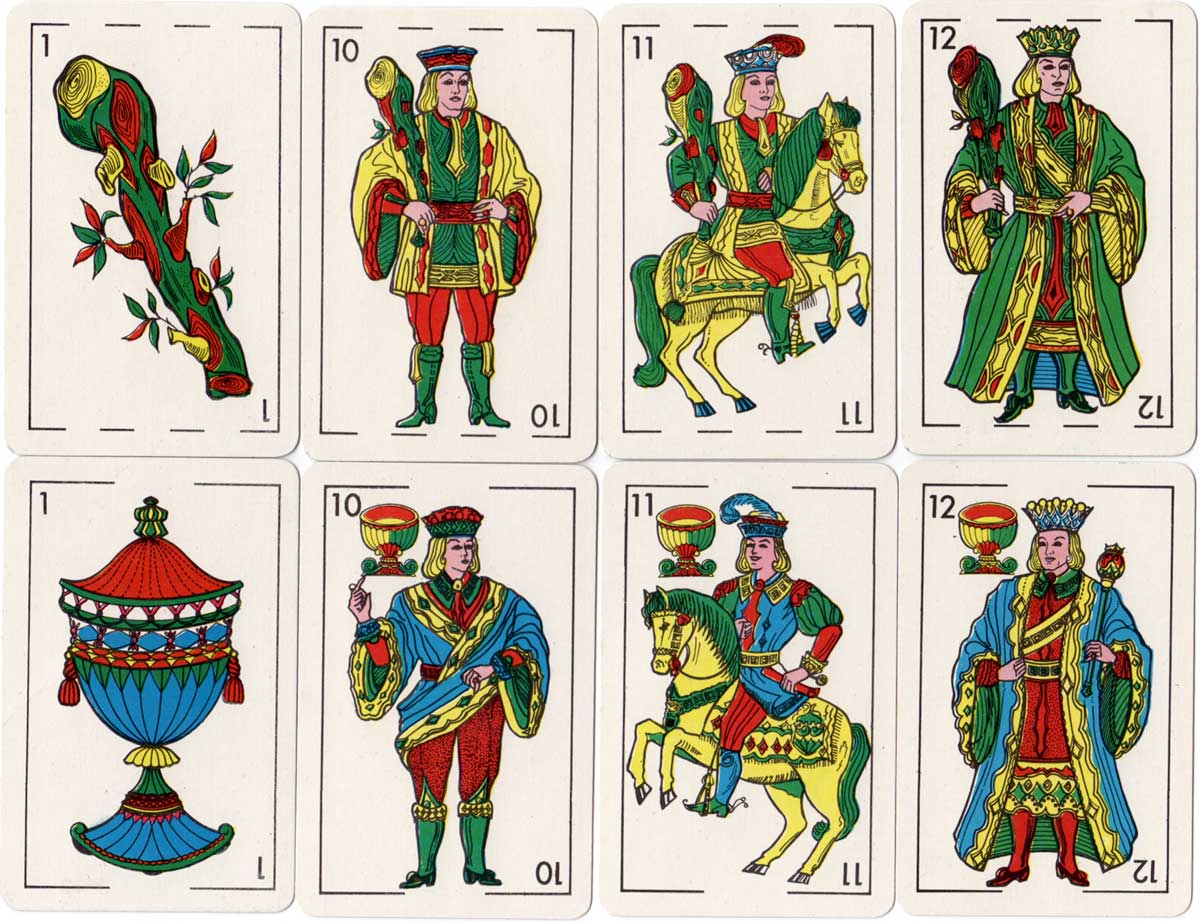 Above: Naipes La Banca’s standard Spanish pattern, an original re-drawing of the Catalan pattern, c.1975. Identical decks were subsequently produced in the 1980s or 90s with the brand name "Naipes Castilla" by Offest Sacerdoti Printers, Bs. As., who list playing cards in their range of products. 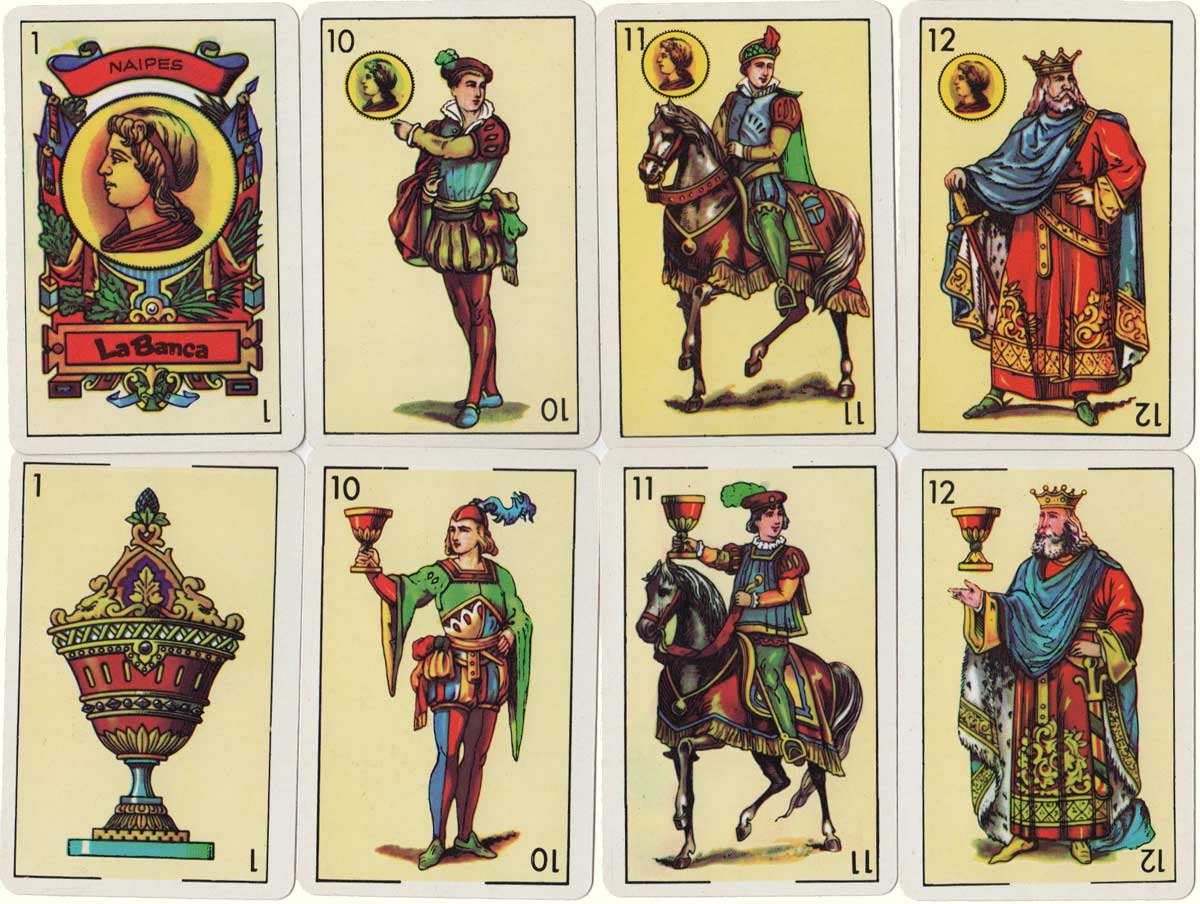 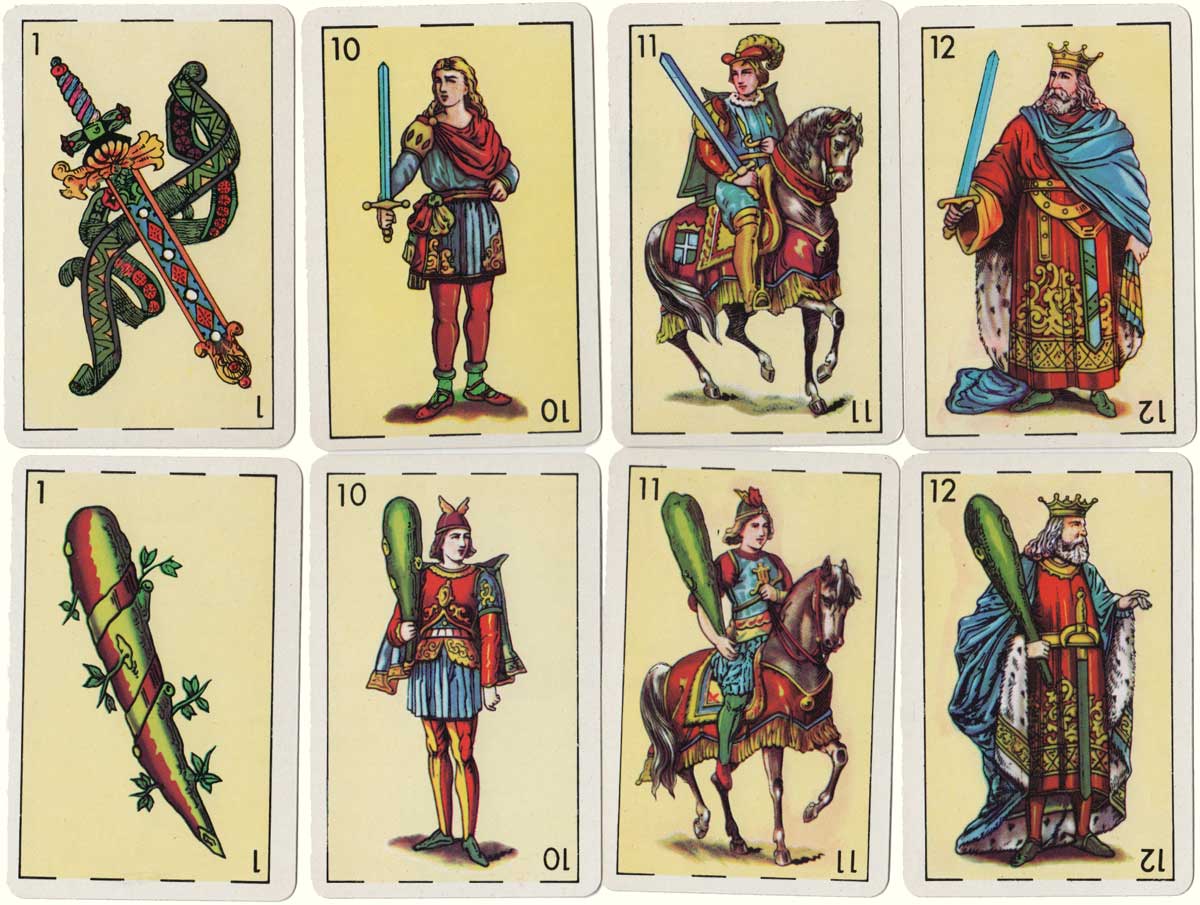 Above: cards based on Fournier's "Castilian" pattern with an original Joker and the legend 'La Banca' appearing in several places.