Florencio de los Ángeles Molina Campos was born in Buenos Aires on August 21st, 1891. In 1926, Molina Campos displayed his first exhibition in the Sociedad Rural Argentina. In 1931, the painter travelled to Europe for the first time and displayed his work in Paris. In 1942, Molina Campos strengthened his friendship with Walt Disney and was hired to advise a team of cartoonists in three films that were going to be produced by Disney. The films were set in Argentina and were based on the artist’s work and on the landscapes they had seen. The artwork for his series of playing cards was produced from 1944 to 1958. He died in Buenos Aires on November 16th, 1959. 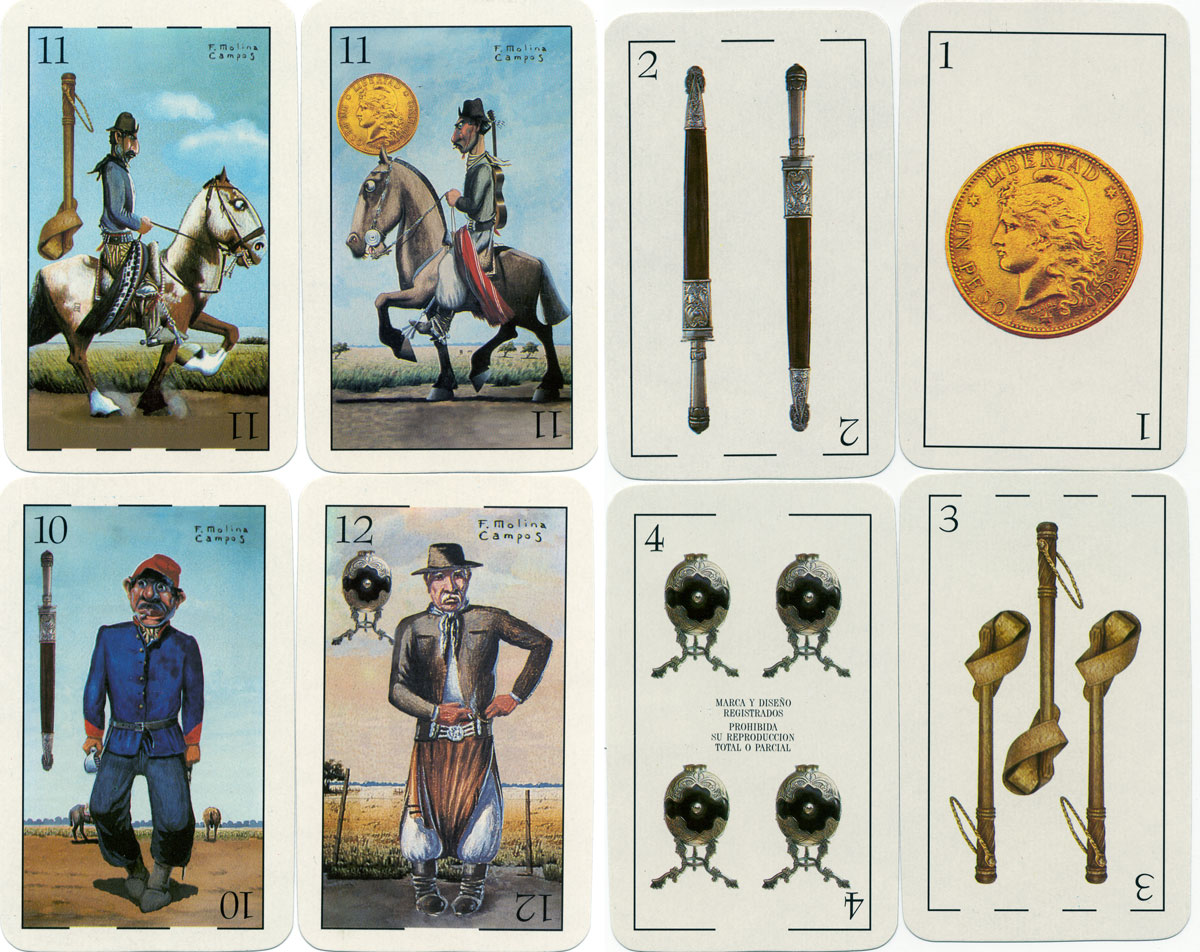 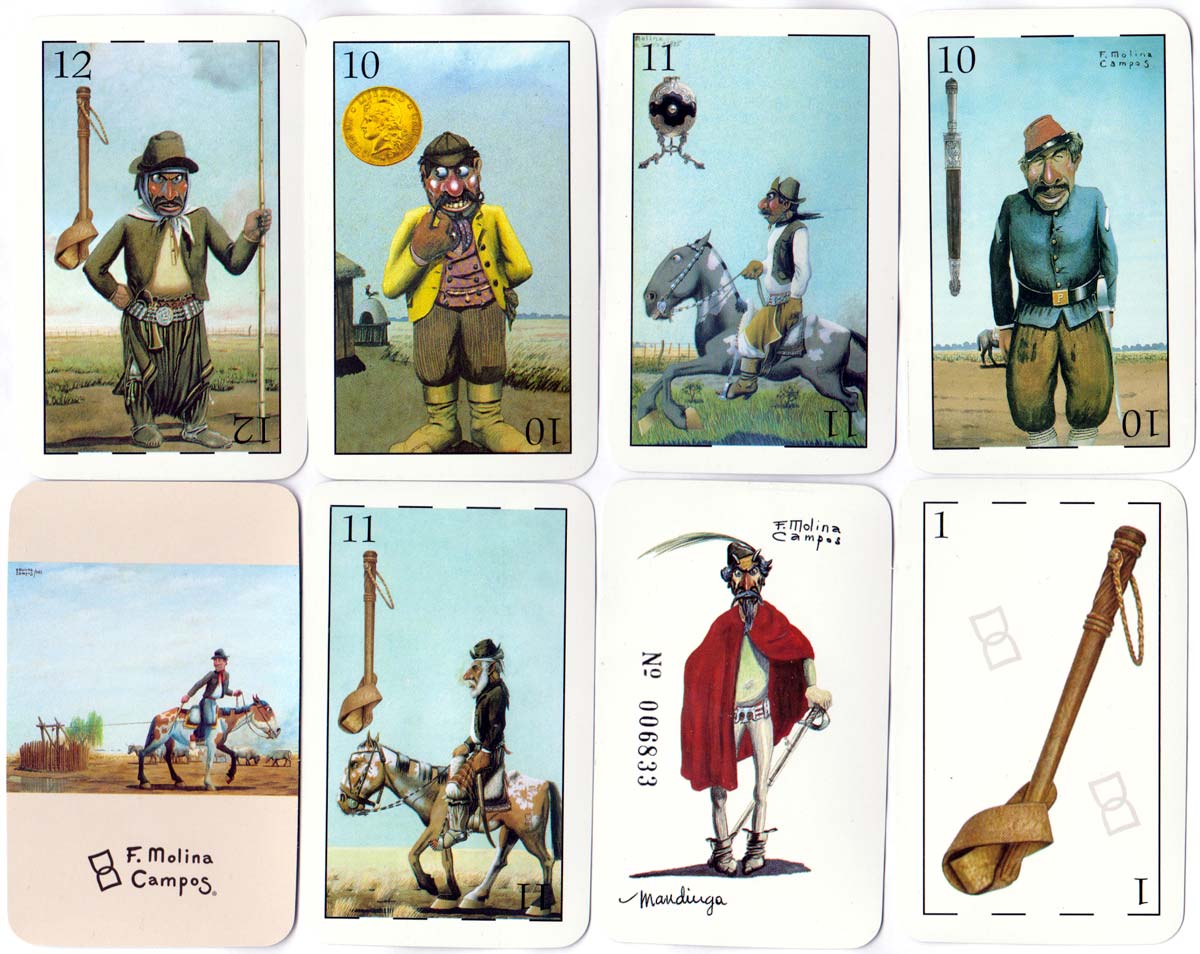 Above: cards from a later edition of Naipes Criollos ® "Molina Campos", published by F. Molina Campos Ediciones, Buenos Aires. The court cards show different characters of gaucho life from the above edition, the Jokers are numbered and sets come with a series of different back designs in a presentation box including a biographical leaflet. 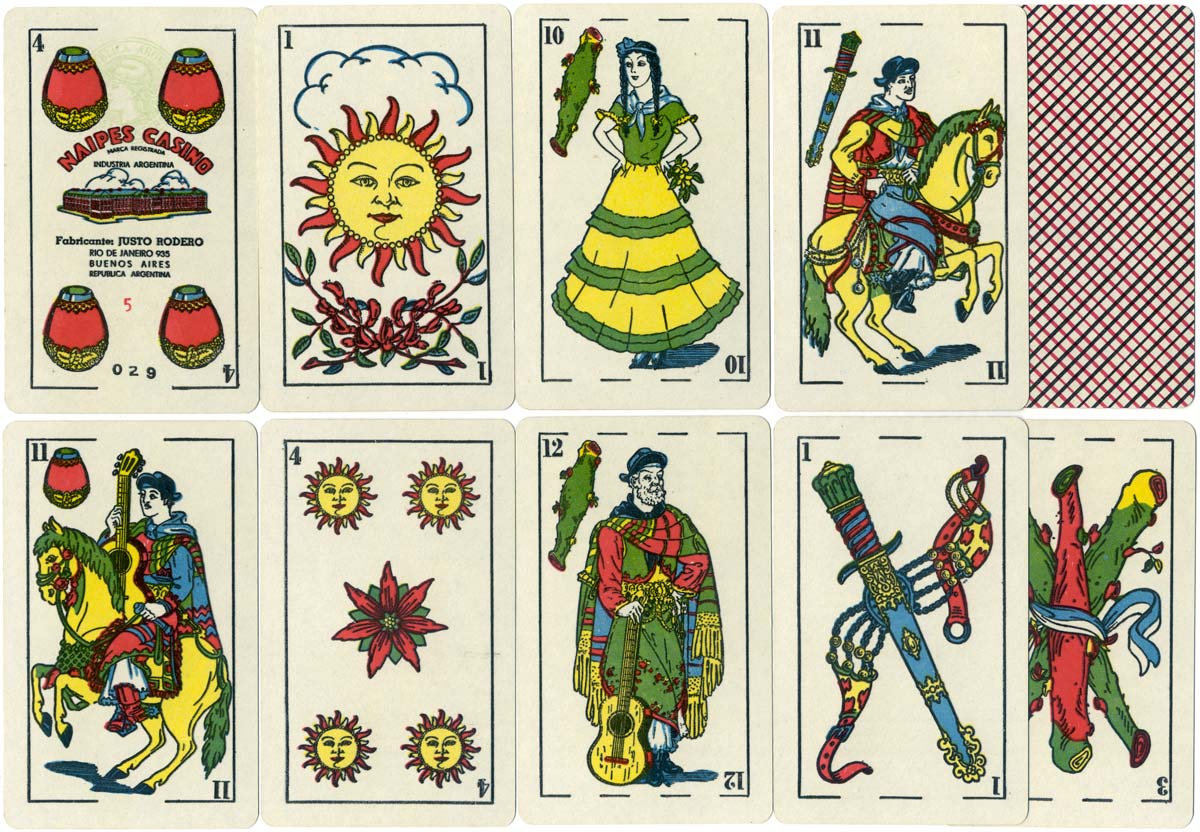 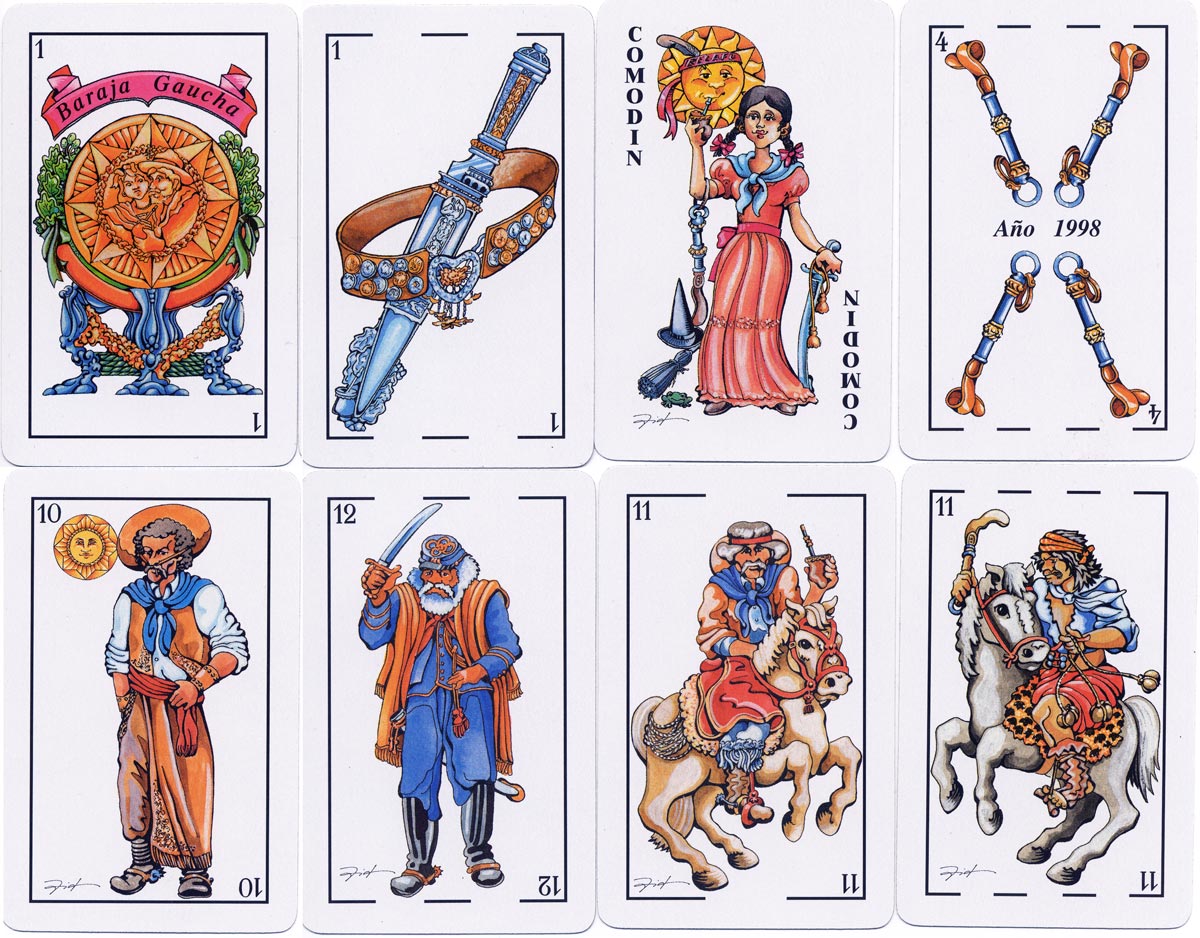 Songs and poems of the gaucho tradition reflect themes of love and nostalgia; many are political in nature and deal with the injustices of life.