Promotional pack for Francisco de Narváez's election campaign in his bid to become governor of Buenos Aires Province in the 2007 elections. The court cards are based on the Spanish Catalan pattern but the same figures are repeated in each suit with changes of colour or figures facing the opposite direction. Two of the aces have been customised with Francisco de Narváez's name. 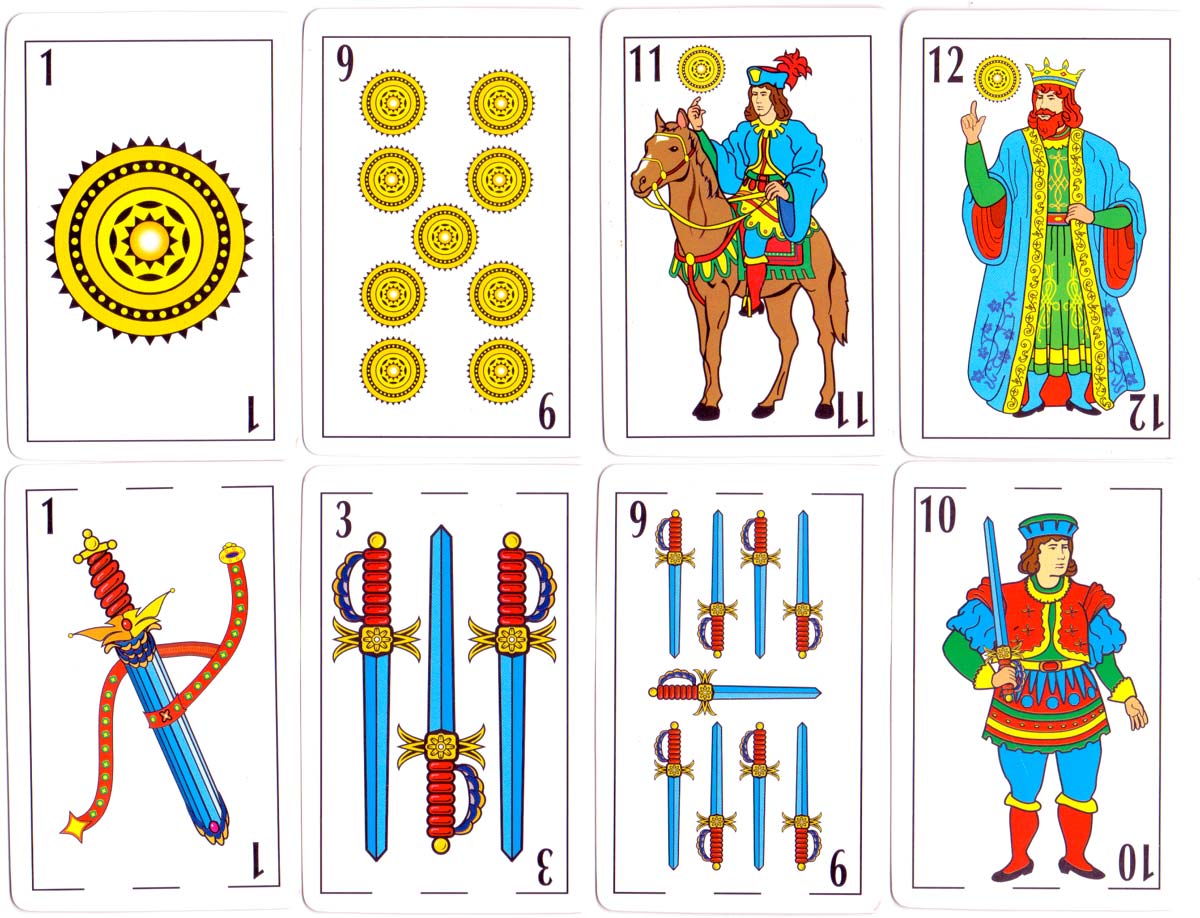 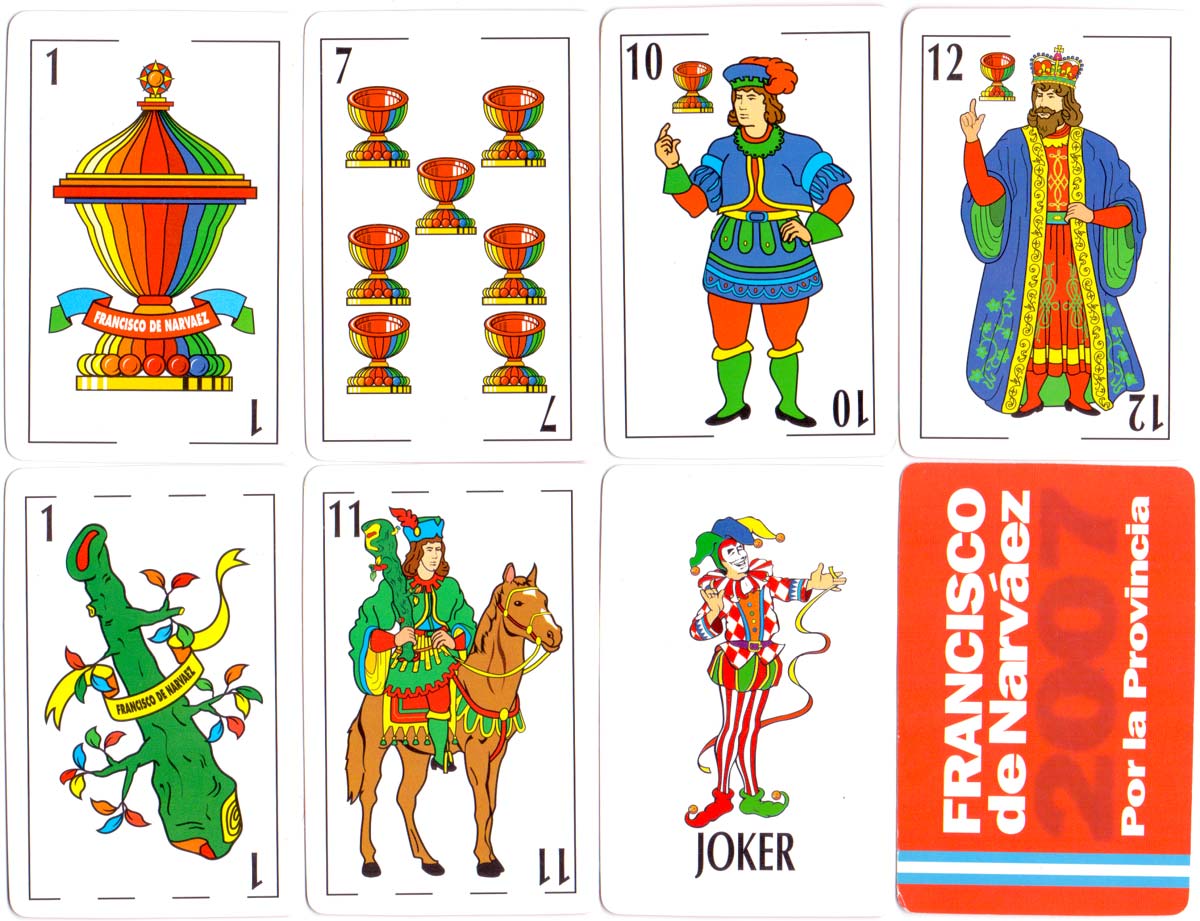 This deck was produced specially for Coimexpor Argentina S.A., cigarette manufacturers, and features advertising for V8 Lights on the reverse. The crown and lion motifs from Coimexpor's crest can be seen as customisation on several cards and there is a government health warning on the four of cups. 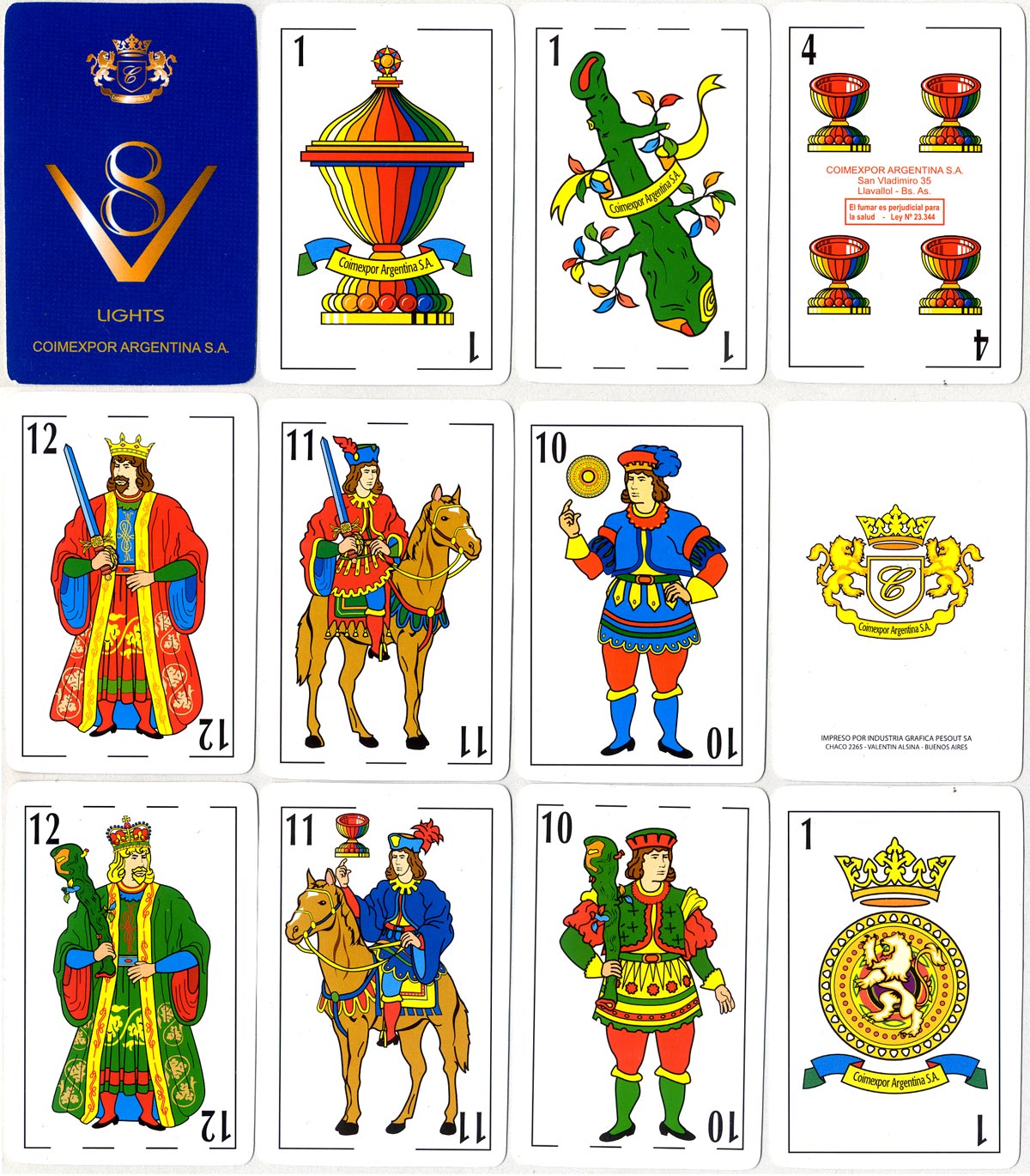