Taller 4 is a colour photocopying and printing business with various branches in the Buenos Aires region as well as elsewhere in Argentina. This self-promoting deck of Spanish-suited playing cards was produced by the Alem y Tucumán branch of Taller 4 in Buenos Aires around 2000. (As it happens this branch has now been sold to another printing company.)

The pack has 48 cards plus 8 extra cards with publicity about Taller 4's range of services. The cards are in a smaller and taller format than normal playing cards, and have large index numbers. The suit of coins is represented by suns, and the ace has the Argentine flag in the background. 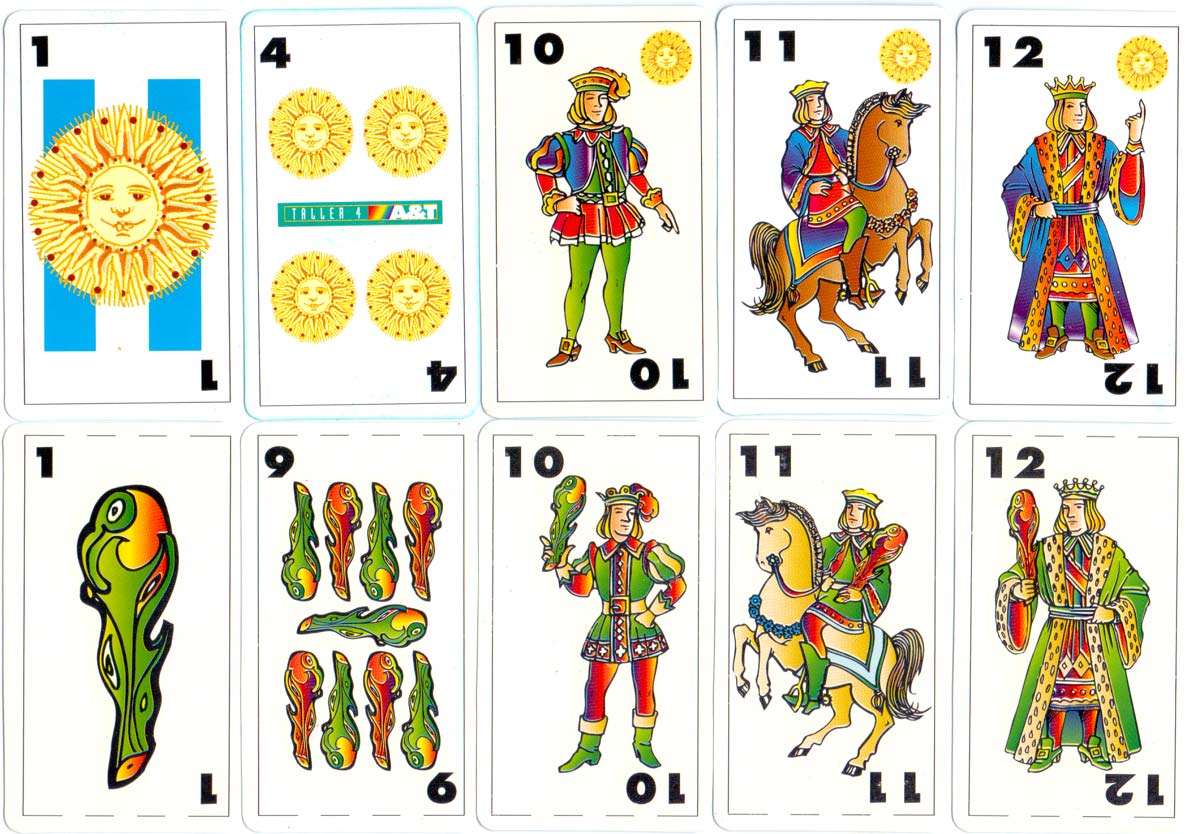 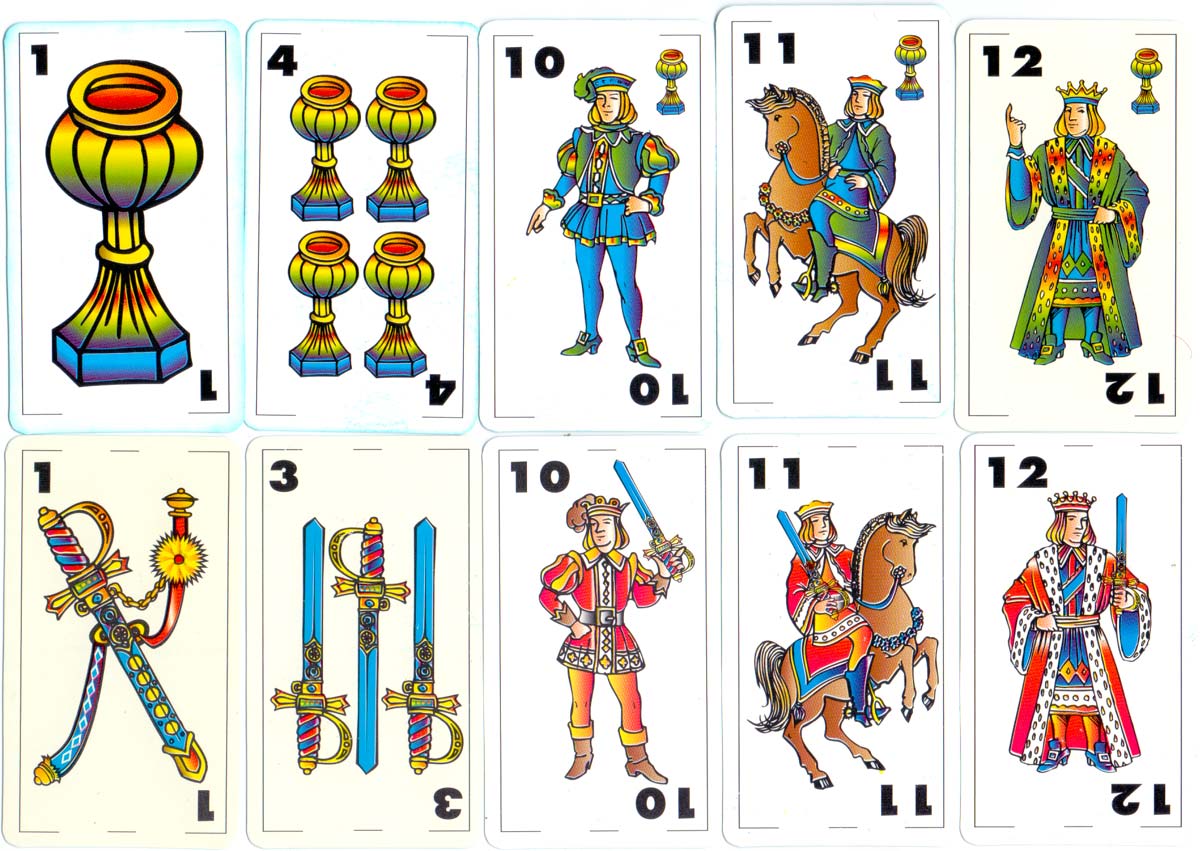 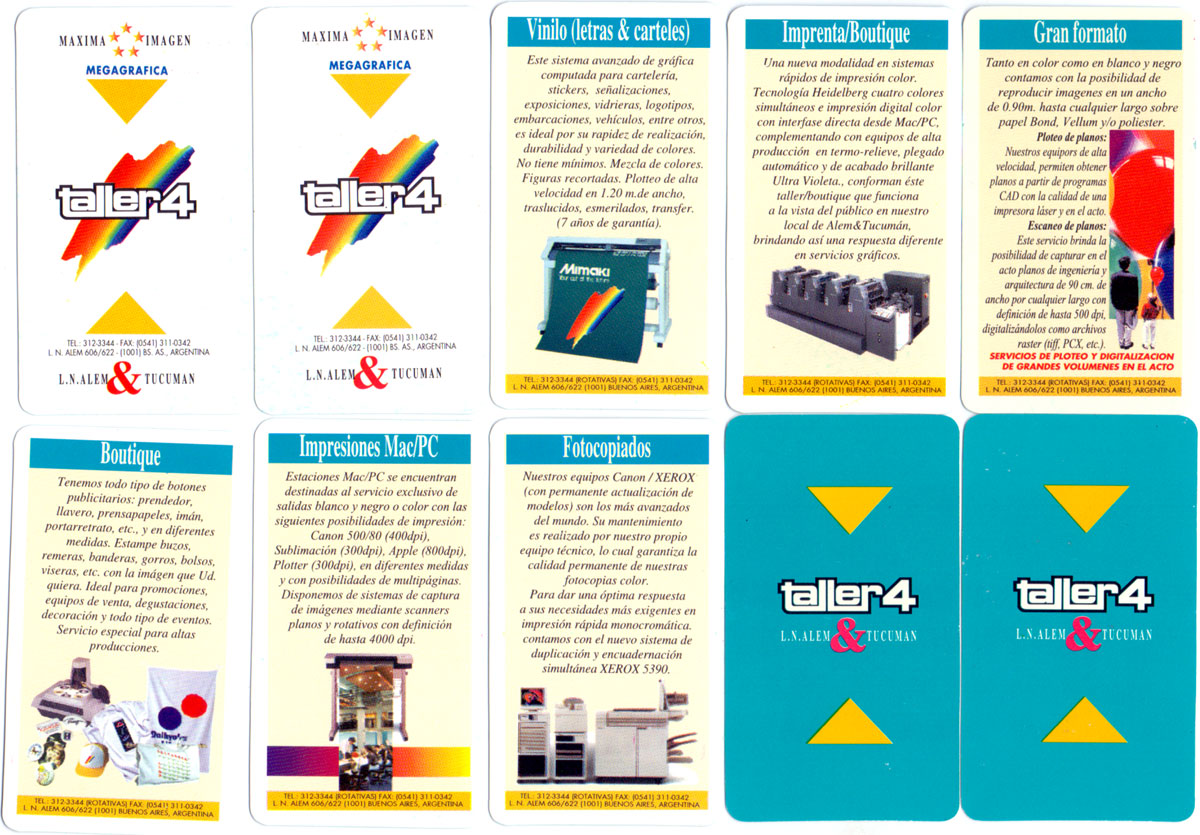