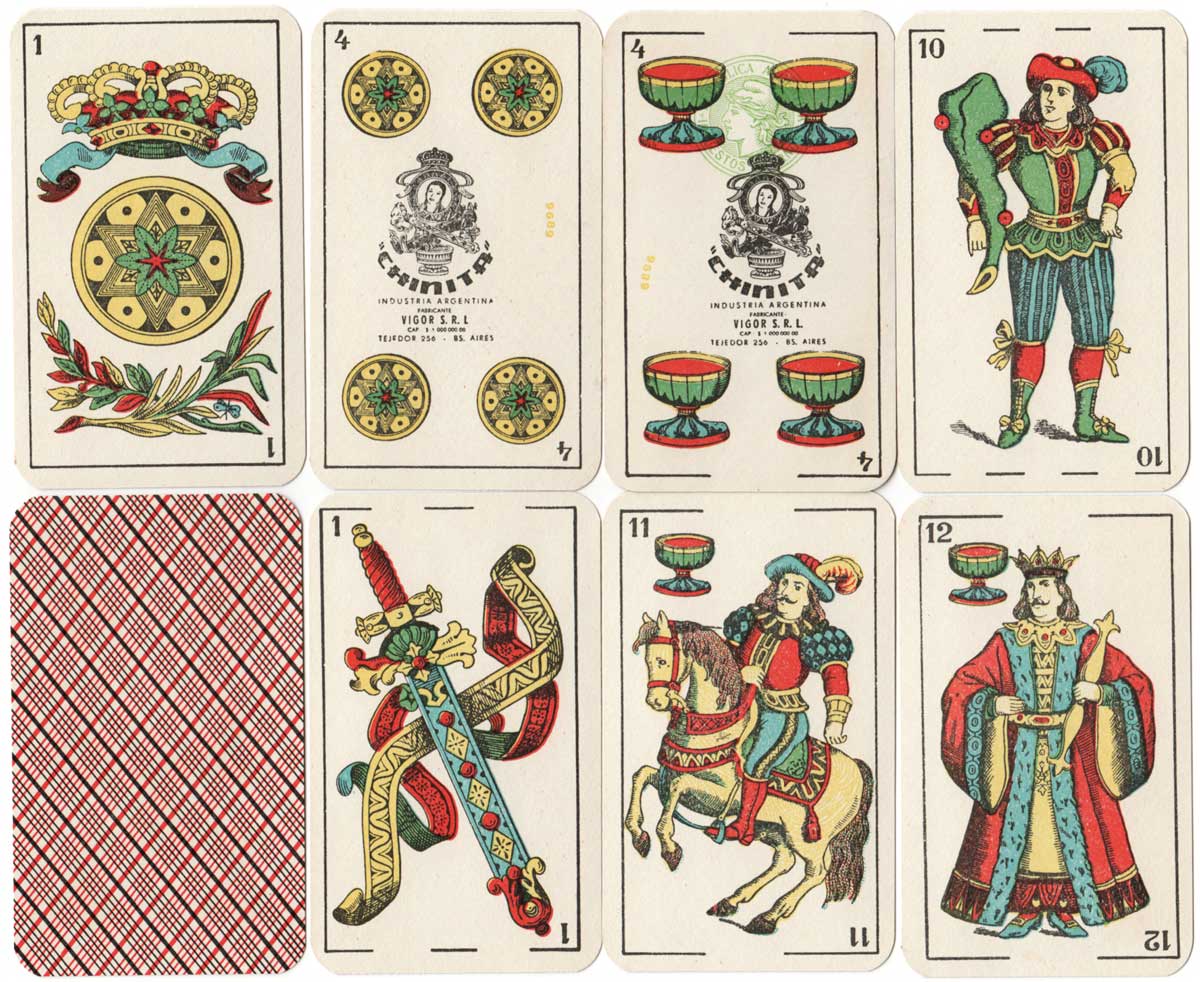 Above: the court cards from Naipes Chinita are based on those of Segundo de Olea (Spain) which had been imported into Argentina since the 19th century. 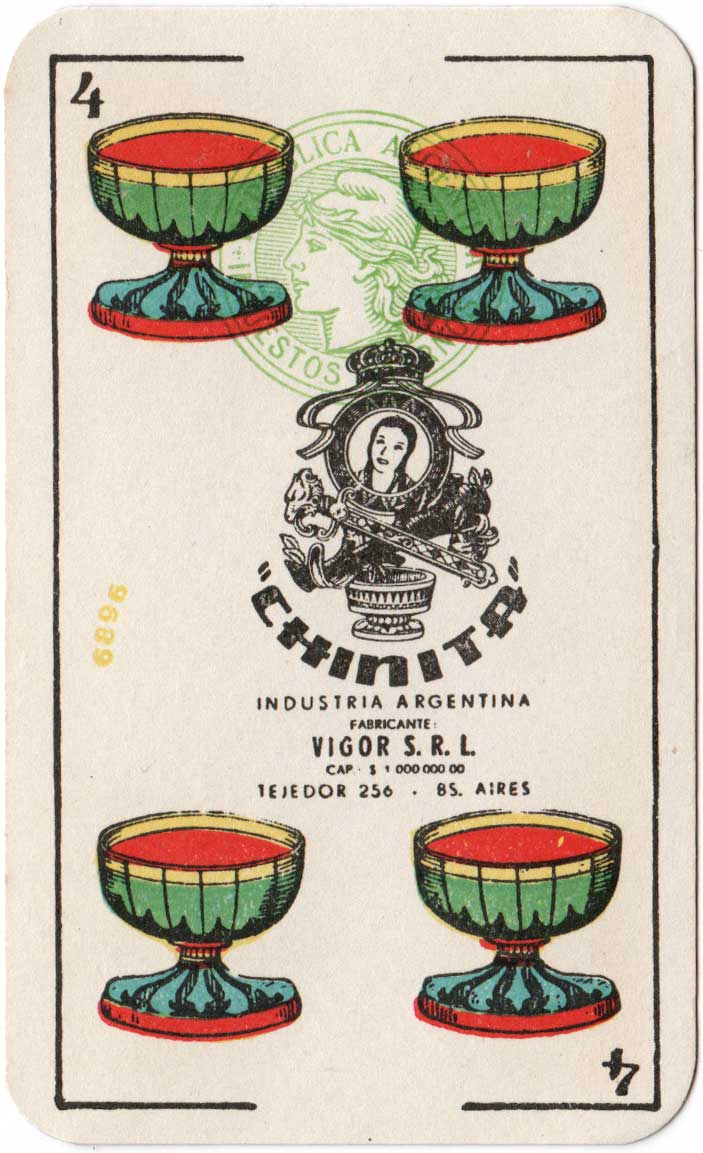 The Patent Office Registration documents, dated 22nd June 1955, show the original designs for Naipes Chinita. By holding these up to the light, we can read beneath the white labels on the sample card and wrapper the name of Igor Domicelj (c.1950-55), who was the company's predecessor, operating at the same address.