Naipes La Española was one of Vigor’s leading brand of Spanish-suited playing cards, alongside Naipes Barcelonesa, La Estrella and Chinita. Previously these had been produced by Igor Domicelj (c.1950-55) who was the company's predecessor, operating at the same business address: Tejedor 244-256, Buenos Aires.

The logo on the fours of cups and coins, and the wrapper (or box), depicts a Spanish lady wearing a shawl beneath a Moorish archway. Over the years the company name and details changed, various box designs came and went, but the cards inside were basically the same. 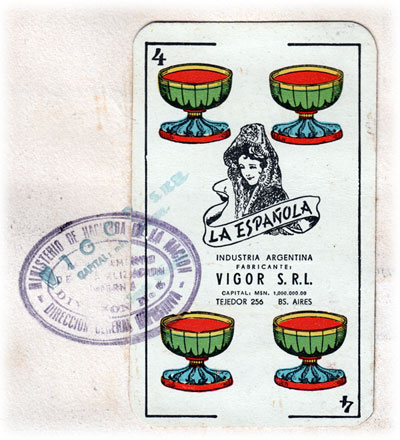 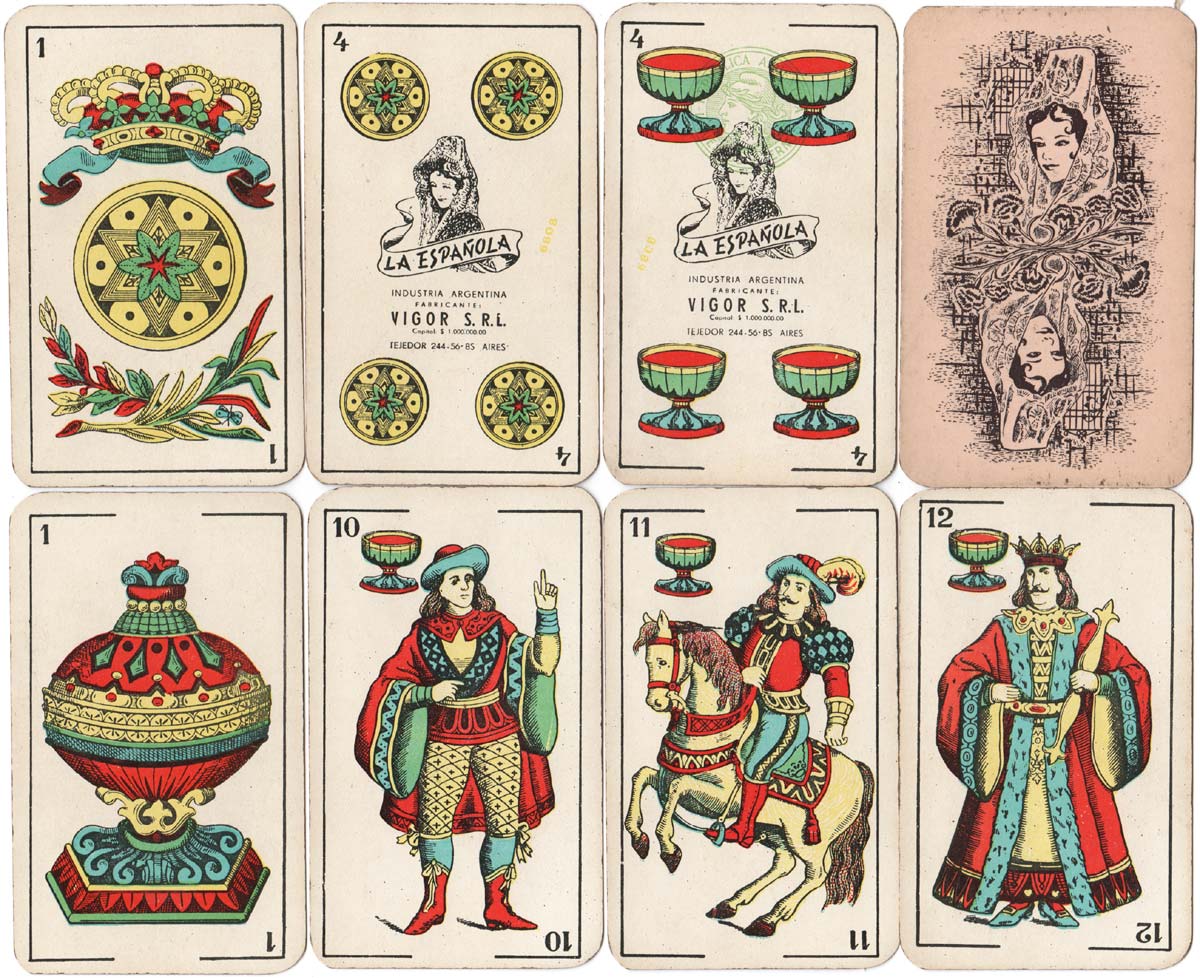 Above: Naipes La Española manufactured by Vigor S.R.L. c.1958. There are slight differences in the typography and information, in particular the capital value of the company is now $ 2,000,000 pesos. 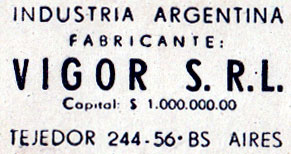 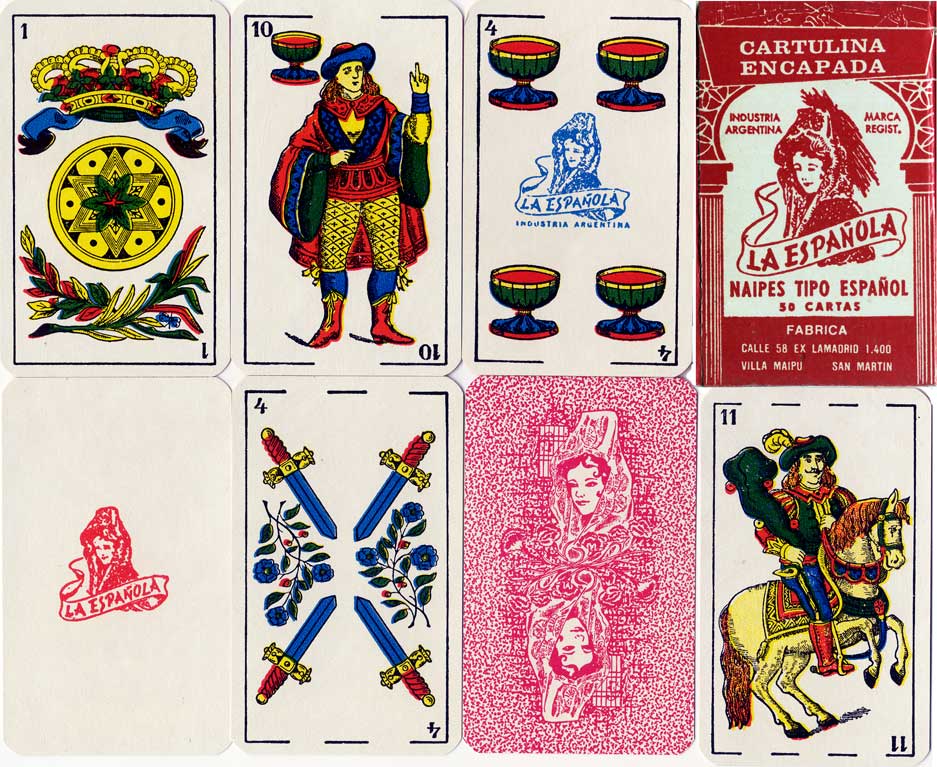 Above: later edition of Naipes La Española, 1970s. There are no details on the cards, but the manufacturer's address is now given on the box as: Calle 58 Ex Lamadrid 1.400 Villa Maipú, San Martin. This is the address for Gráfica S.A. who appear to have taken over the brand.

In all the above examples, the actual card designs are based on those of Segundo de Olea (Cadiz, Spain) which had been imported into Argentina since the 19th century. They are still used today by Gráfica 2001 / Naipes La Española who have adopted this old brand name as the new company name.