Later Portuguese Type - ‘Naipes Finos’ made in Belgium for export to Brazil, c.1880 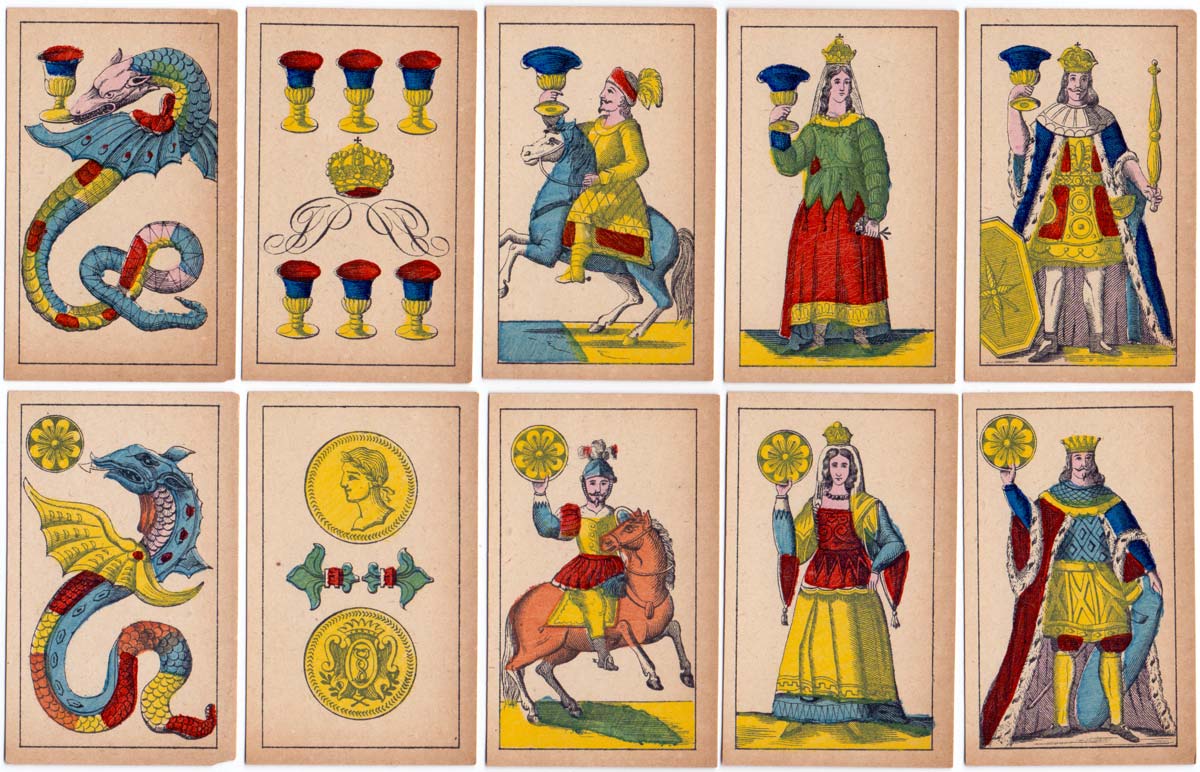 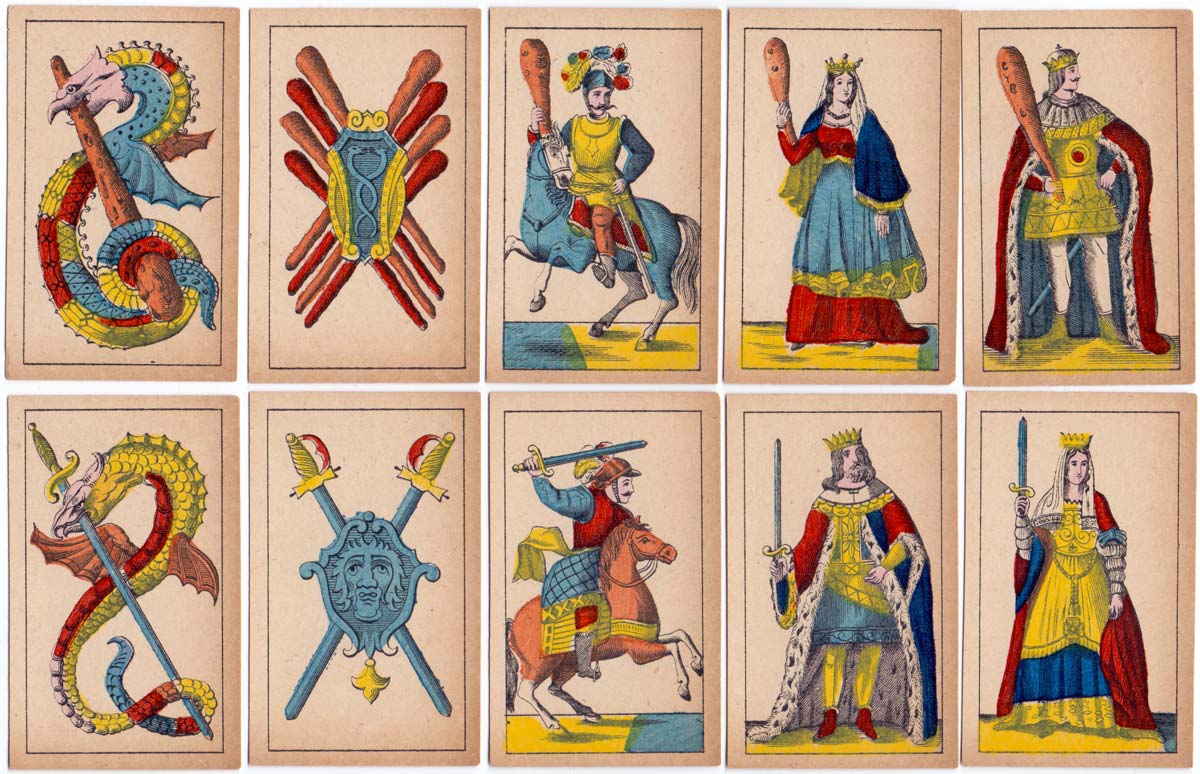 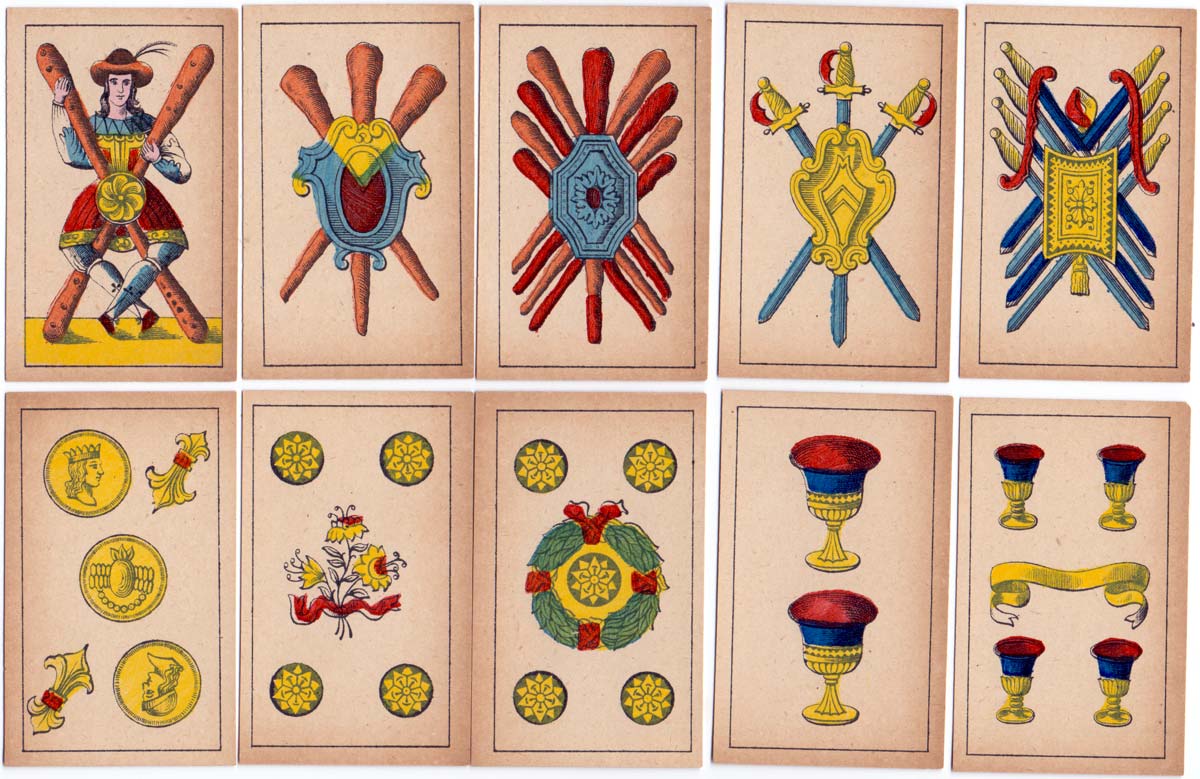 Above: later Portuguese type pack with 'dragon' aces, 48 cards, stencil colouring, made in Belgium by Mesmaekers Frères, Turnhout, c.1875-1900, probably for export to Brazil; lithographed engraved outlines, stencil coloured. By this date, various Belgian and German exporters of the Portuguese type misrepresented the female 'Sota' (Maid) as a crowned queen: her true rank was below the horseman. Also the small dog has disappeared from the Maid of clubs.