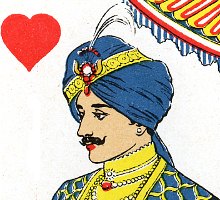 Dilkhus playing cards were manufactured for Kamala Soap Factory (Calcutta, India) by Etablissement A. Van Genechten S.A. (Turnhout, Belgium) in 1922. The courts depict dignified three-quarter height portraits with extra decorative motifs suggestive of Indian culture. Van Genechten was one of the most competent cardmakers in Turnhout and they produced almost every kind of foreign pack for clients all around the world. Overseas markets included East Asia, Australia, India, North Africa, South America and, of course, Europe. Their cards were familiar to the fingers of players in far-off places! 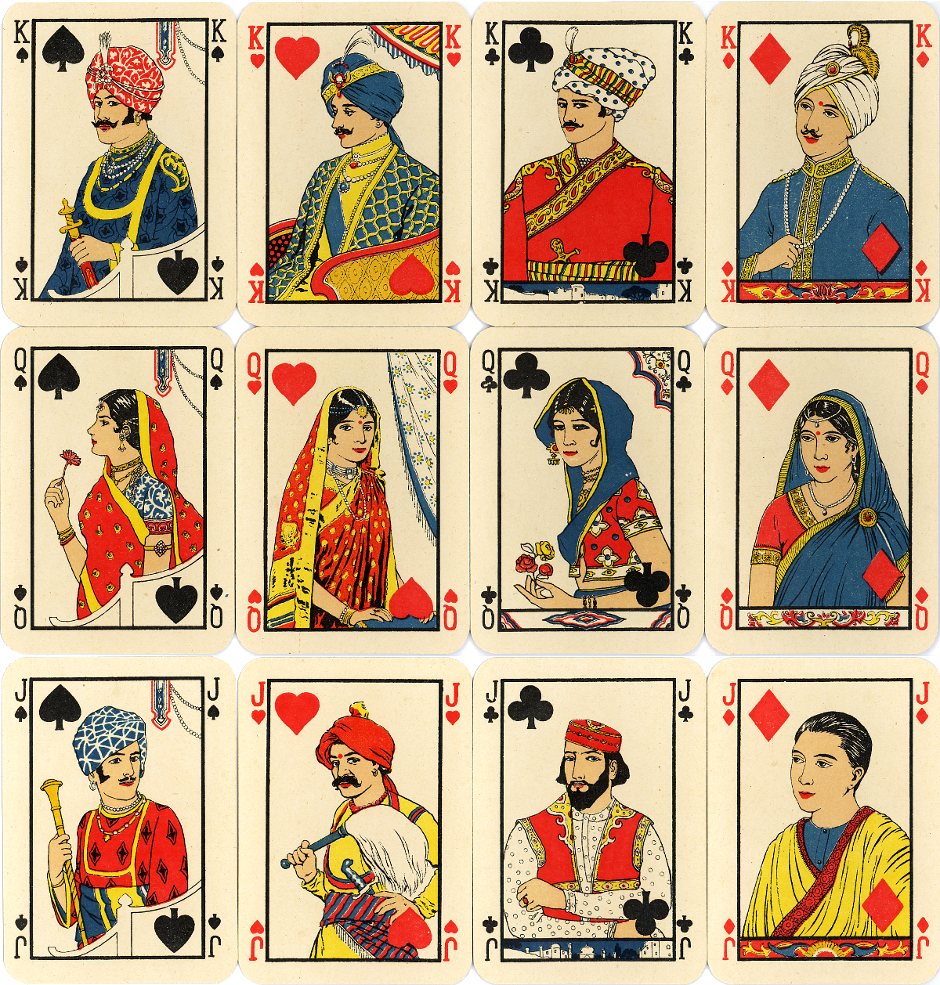