Francesco Faggiano has created a pack inspired by Neapolitan cards, illustrations and images can be viewed on Francesco's Behance portfolio. 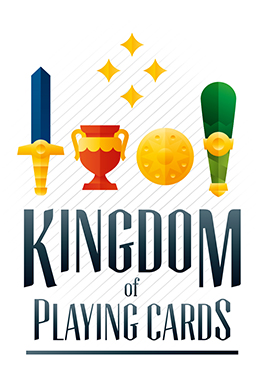 I have always been fascinated by the illustrations of Italian playing cards, in particular the "Neapolitan cards", for centuries spread in Bel Paese, commonly used especially in the South. Intrigued by the esoteric and aesthetic value of this particular artifact, I decided to rework these illustrations graphically, proposing a more simplified and modern version, seeking a graphic solution which refers to the original illustrations of the fifteenth century and simultaneously fostering new impressions.

These cards are pretty important to me because in south Italy are commonly used and since I was child I learned to play all kind of games. I started from this theme and developed a modern graphic look as you can see from my portfolio. Following the original style of Neapolitan cards I built some new esoteric meaning, since these cards are strictly related to tarots, to create new impressions.

So you can see a struggle between good and evil, represented by golds/trophies and swords/clubs. Golds and trophies are similar to shields, protecting from swords and clubs, clearly weapons. Golds represent spiritual victories while trophies material victories. On the contrary swords represent justice and punishment, while clubs rough punishment and violence. Three kings of trophies/swords/clubs are vassals of the main king of golds and as you can see, each suit has a bit of gold everywhere. So I named this project Kingdom of Playing Cards, because of four reigns under a single king. 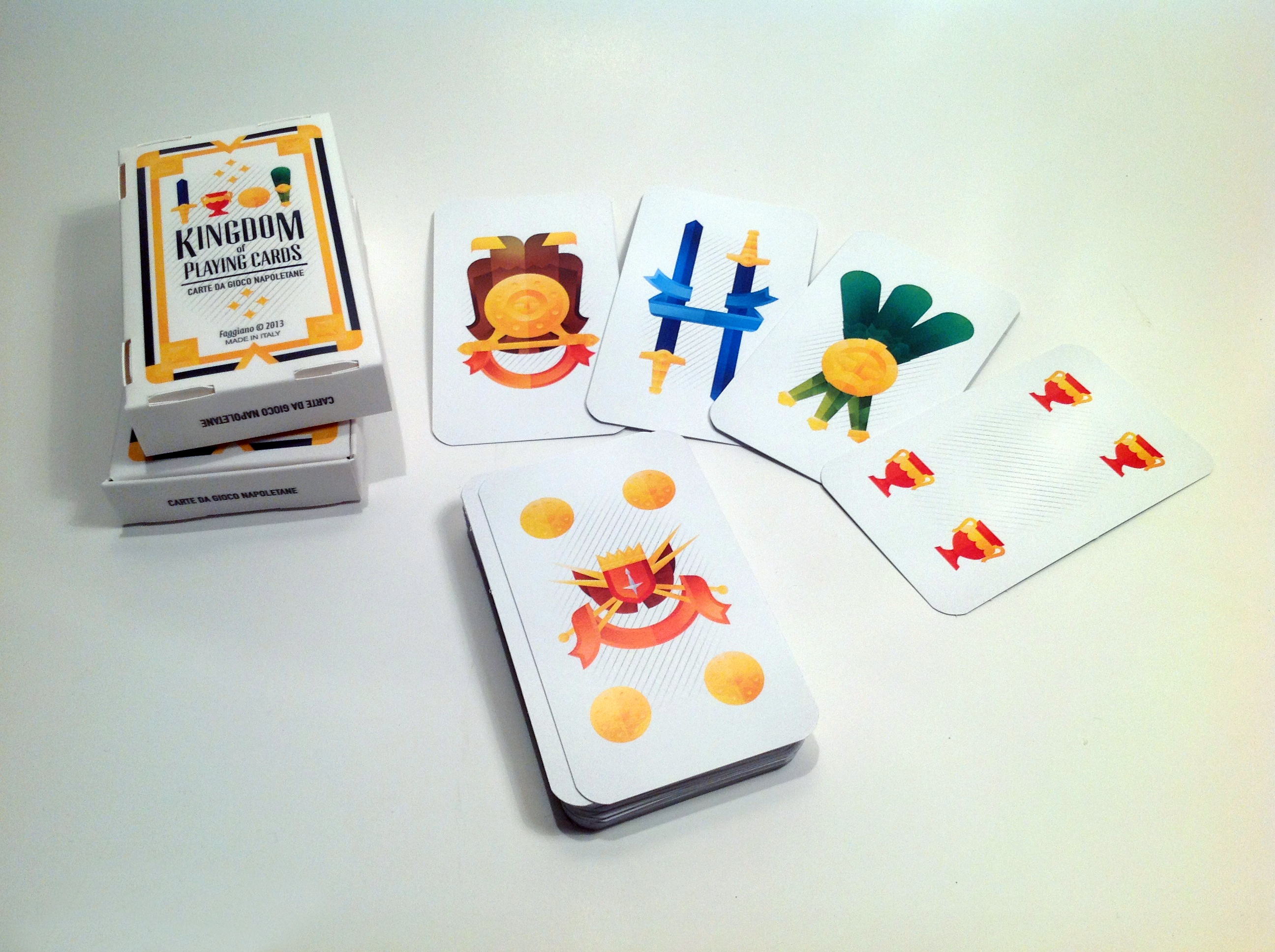