Earlier in 2013 RJ Tomlinson successfully funded the Civil Unrest playing cards, a deck of cards inspired by the American Civil War. This time RJ Tomlinson has launched a new Kickstarter project to raise funds for the manufacturing and distribution of Global Unrest, a limited edition deck of playing cards based on World War II.

Global Unrest uses a traditional playing card style mixed with a WWII military twist. This deck features two tuck boxes, an Allied version which uses a 1940s style and an Axis version which uses a war torn grunge style. The cards when laid out will form a map of the world. The court cards will show various styles of military dress from the WWII era.

Tomlinson, who studied graphic design at the Pennsylvania College of Technology in Williamsport, PA, wanted to create a project that would bring attention to remembering those who lived during World War II.

To find out more about Global Unrest and how you can get your own deck of playing cards, visit the project campaign page. 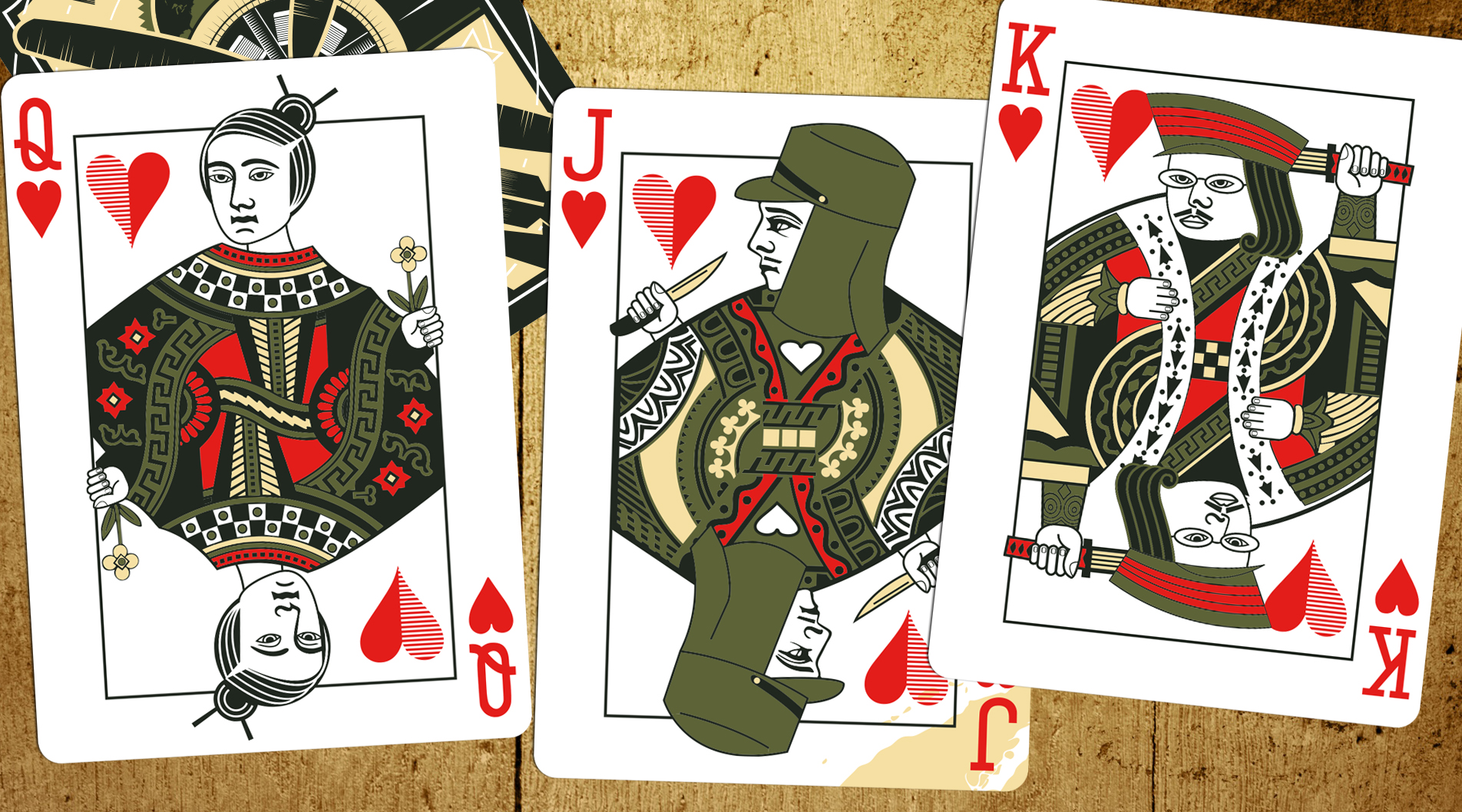 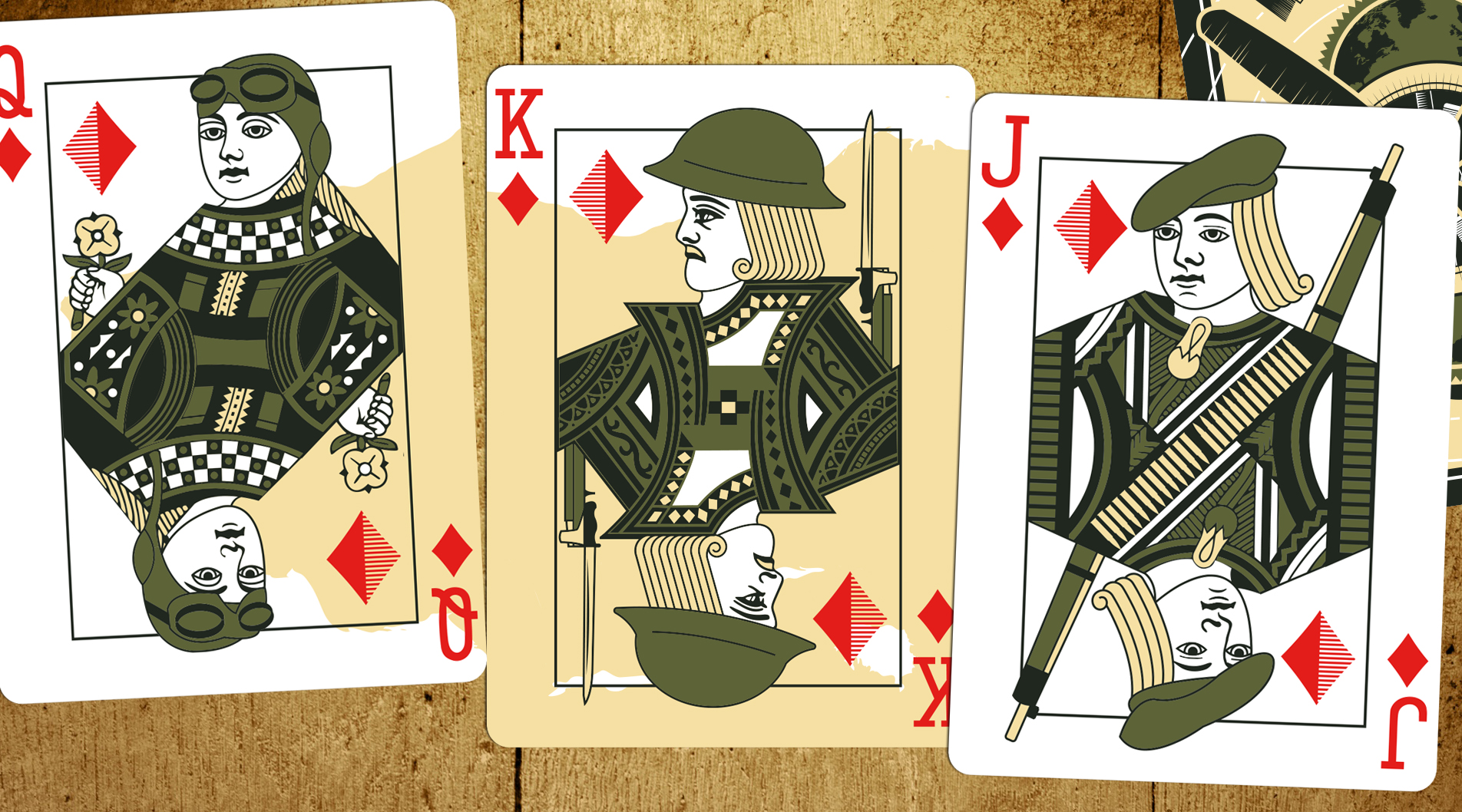 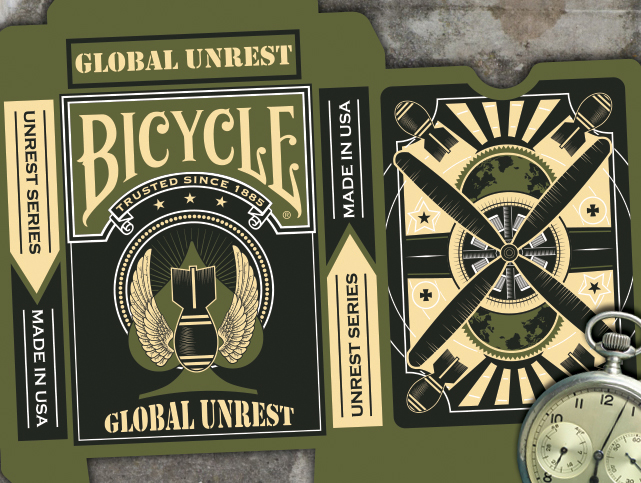 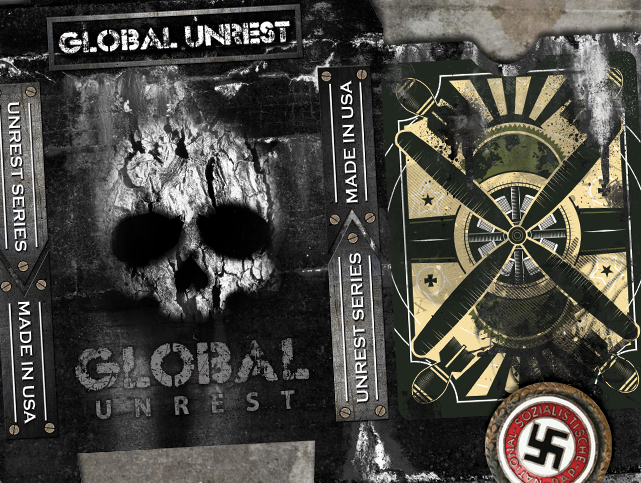 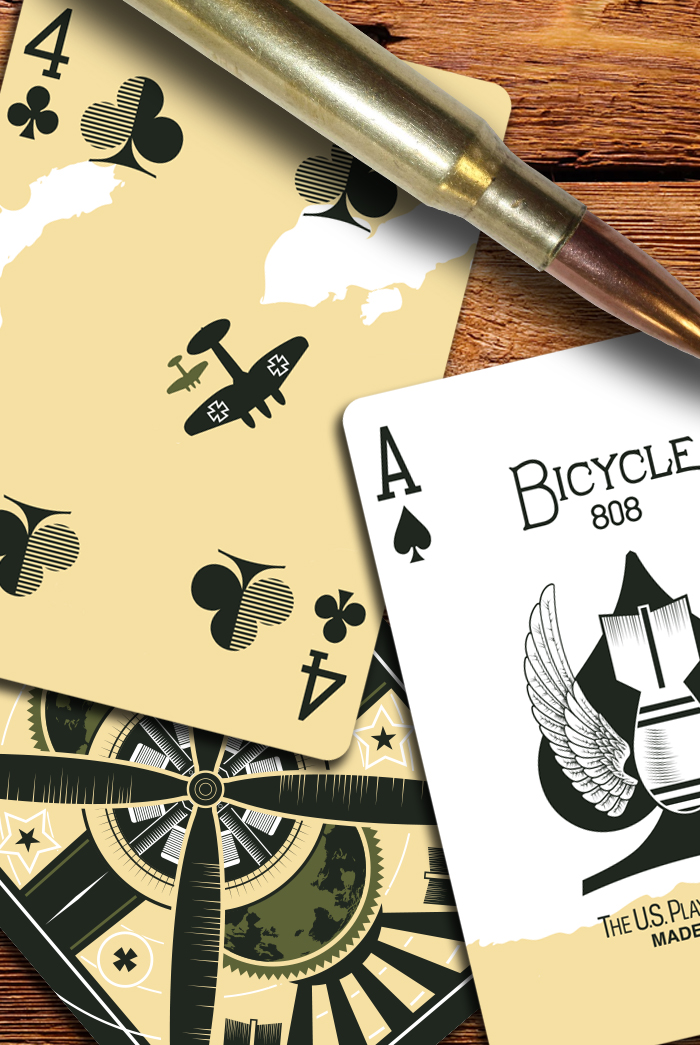