After being successfully funded on Kickstarter... 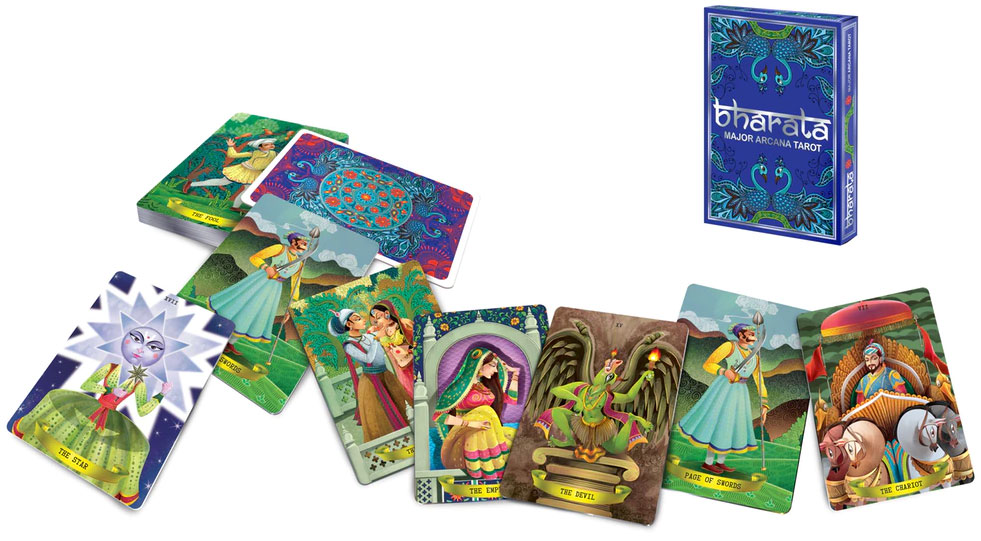 Above: Bharata Major Arcana Tarot by Ishan Trivedi & Sunish Chabba, Guru Playing Card Company, 2018. 26 Poker size cards (63 X 88mm; 22 Major Arcana + 4 extra cards), gilded edges with an antique look, printed in China. The names of backers who supported the project on Kickstarter are mentioned in the accompanying booklet. In the back design and box elements of Indian Rajputana painting and architecture have been used. Some symbols have been picked from Indian folk arts.

The illustrations are based on traditional Indian folk art forms, Kishangarh style & miniature paintings. Apart from the classic tarot meanings, symbolism found in folk art has also been used. The trump sequence is based on Rider-Waite. Each card is hand-drawn and then finished digitally. The illustrator Ishan Trivedi’s work has been appreciated by both Indian & foreign publishers.

Above: some sources of inspiration.