The month of September in the Book of Hours of Charles V, produced in Paris around 1500, has a miniature painting showing the sinner gambling accompanied by two women. Playing cards can be seen arranged on the table, along with money and other items. One of the women is distracting him whilst the other cheats. This is a frequent theme in Northern European medieval art. The moral message is that not only is he losing his soul but also all his goods, leading to misery. A libra sign is shown at the top left-hand corner. The right-hand miniature depicts salvation through prayer. 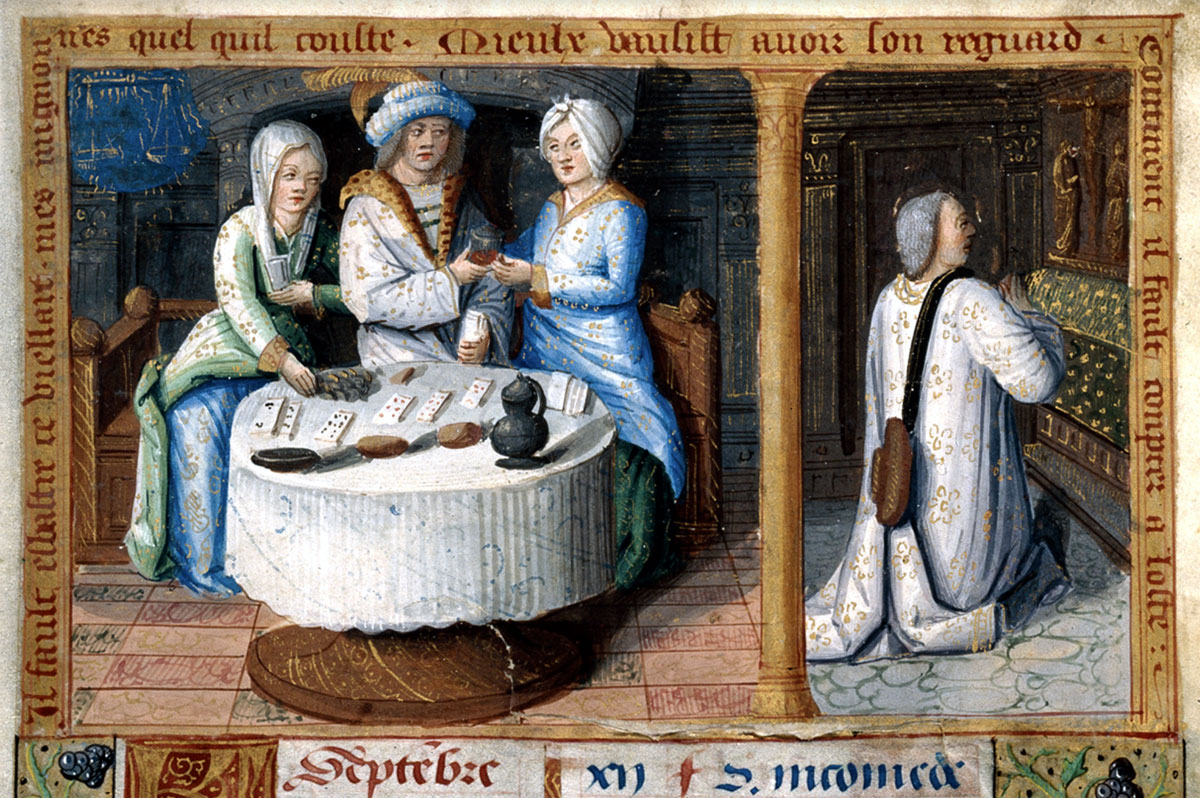 Apart from the theological meaning, the illustration offers what was most probably a typical scene in taverns or public houses of that time. 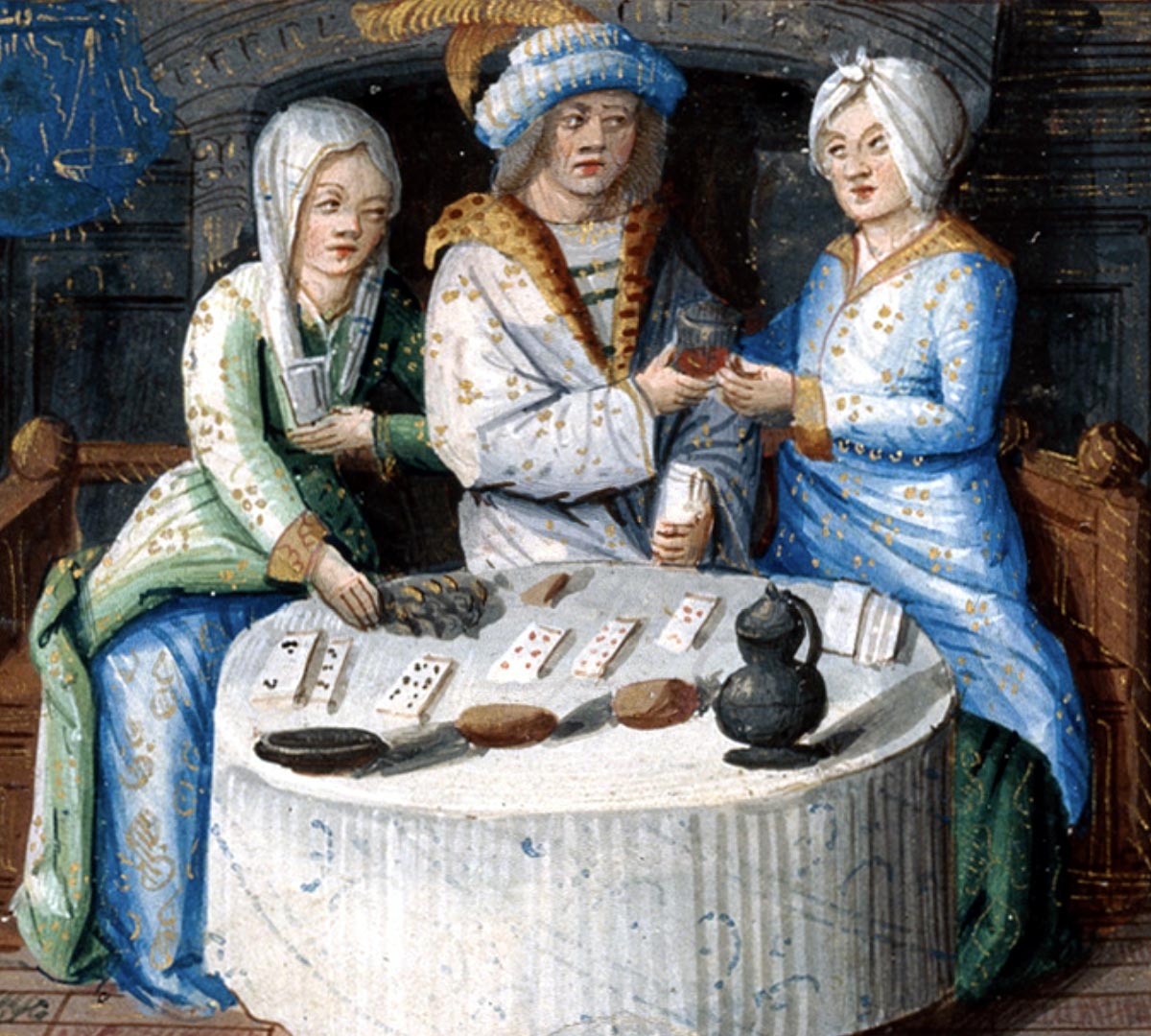 Above: the french artist has not painted much detail on the playing cards, but black and red pips can be seen on fairly elongated cards. The manner of holding the cards is one just above the other, in a single pile, rather than fanned out more →