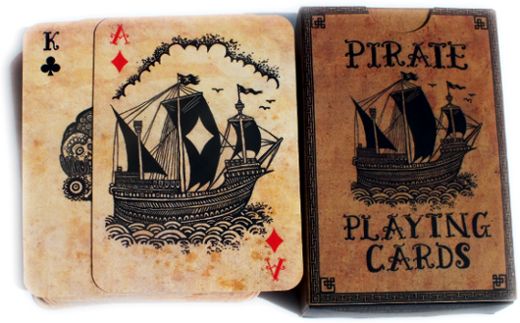 The idea for these playing cards came from Vitaly’s childhood love of pirate stories and hidden treasures. When he was young he imagined the cards that the pirates themselves used to play with while drinking rum at sea. This is the theme which Vitaly has developed into this custom deck of playing cards. A recurring motif is the symbolism of life and death, playfully rendered in these marvellous cards, including plenty of sabres and skeletons! The artwork is in black and white so that the deck can be used as a tattoo sampler. The images are very fashionable in the context of being flash designs; the style is like that found in Calavera art (sugar skulls) and contains references to Voodoo and Spanish conquistadors amongst others. The box has been imaginatively decorated with skulls, bones, ships and a treasure map on the back. Decks can be purchased direct from Vitaly’s website: www.kipodtattoo.com► 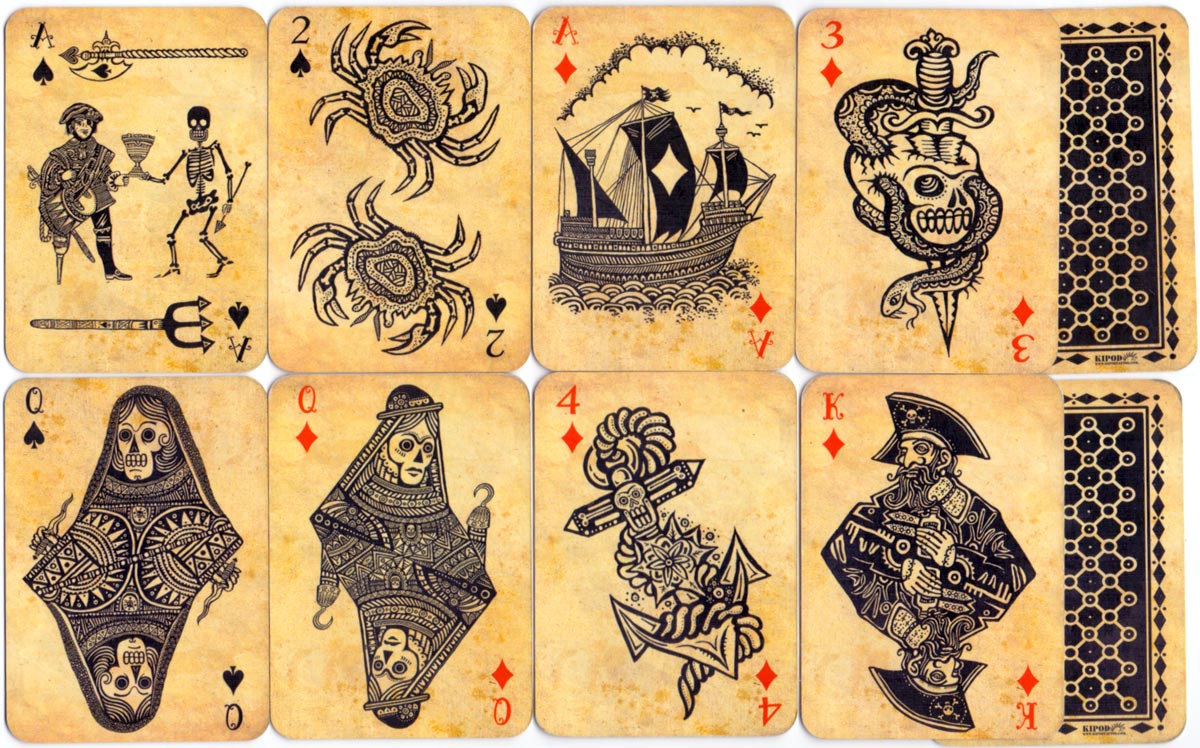 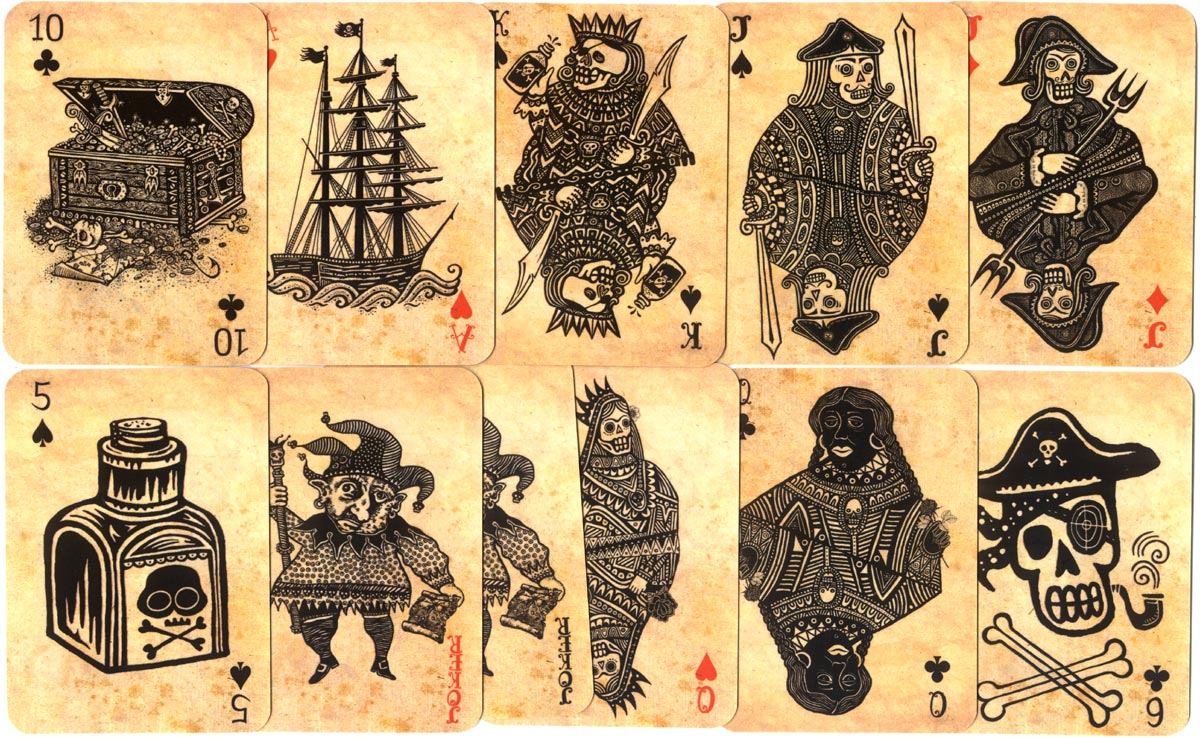