Are you a fan of the undead? Vampires and zombies that have risen from the grave? Then this is a deck for you; the creatures featured on this pack are part-zombie and part-vampire. As Gerad Taylor, the creator of this deck, likes to call them "Zompires".

The monsters aren't illustrated in the ultra-gory, flesh-ripping style that zombies are usually depicted. The Zombie Bride monsters share the refined class of the vampire, and are more elegant rather than savage.

Adding to the decadent sensuality of the deck will be it's superb quality, printed on a Heidelberg press on 320 GSM blackcore card stock, linen embossed for the ultimate air cushioned slide and diamond cut for smooth crisp deck sides they will match the best playing cards anywhere.

Gerad is seeking funds to create his deck via a Kickstarter campaign, with his goal to produce 4,000 decks at this high quality specification.

The deck also includes a new game called Zombie Bride, with similar rules compared to fast Gin Rummy. The rules and instructions of the game will be on a special 55th card.

Visit the Kickstarter campaign page for all the details and more pictures of this spooky deck. 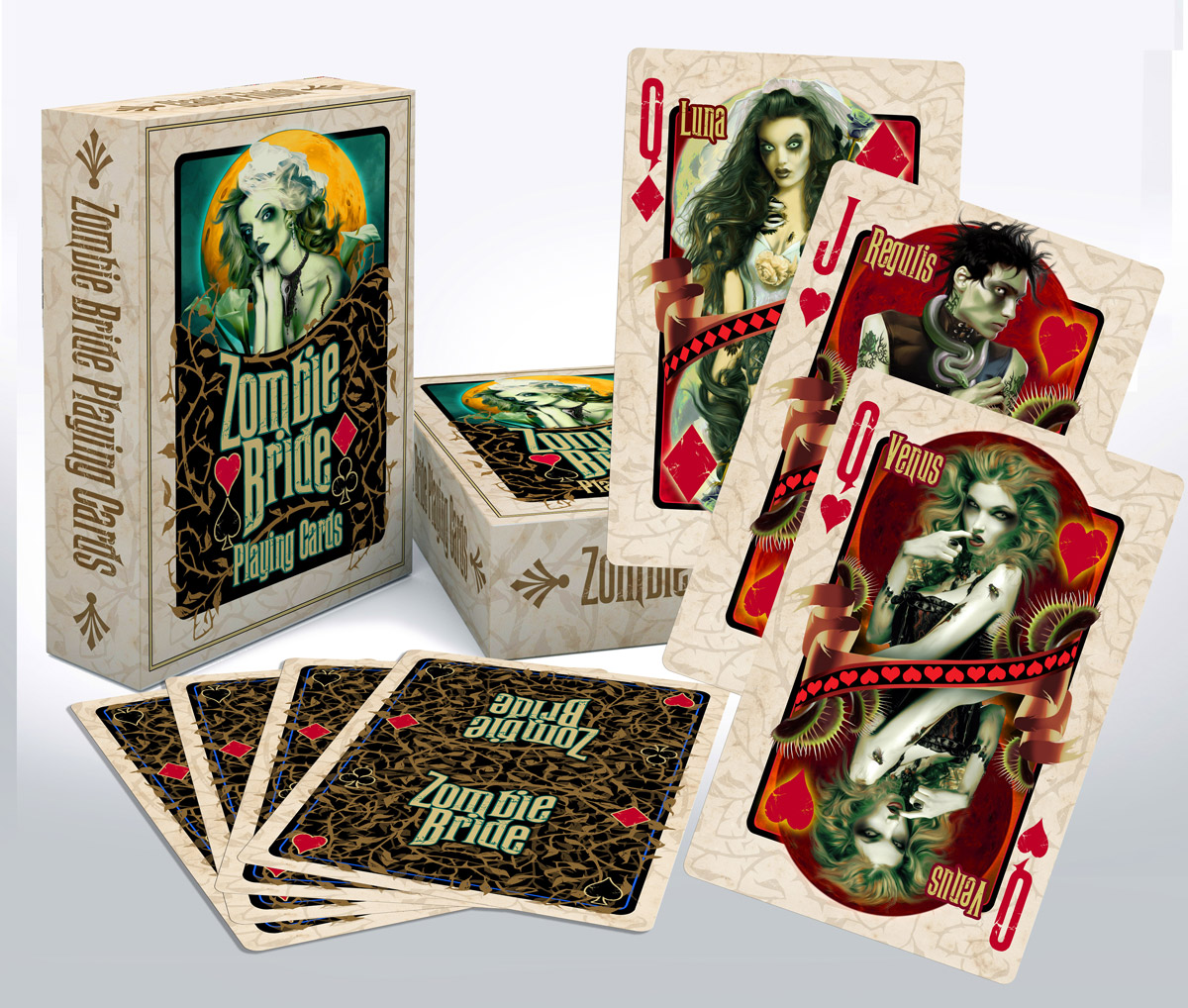 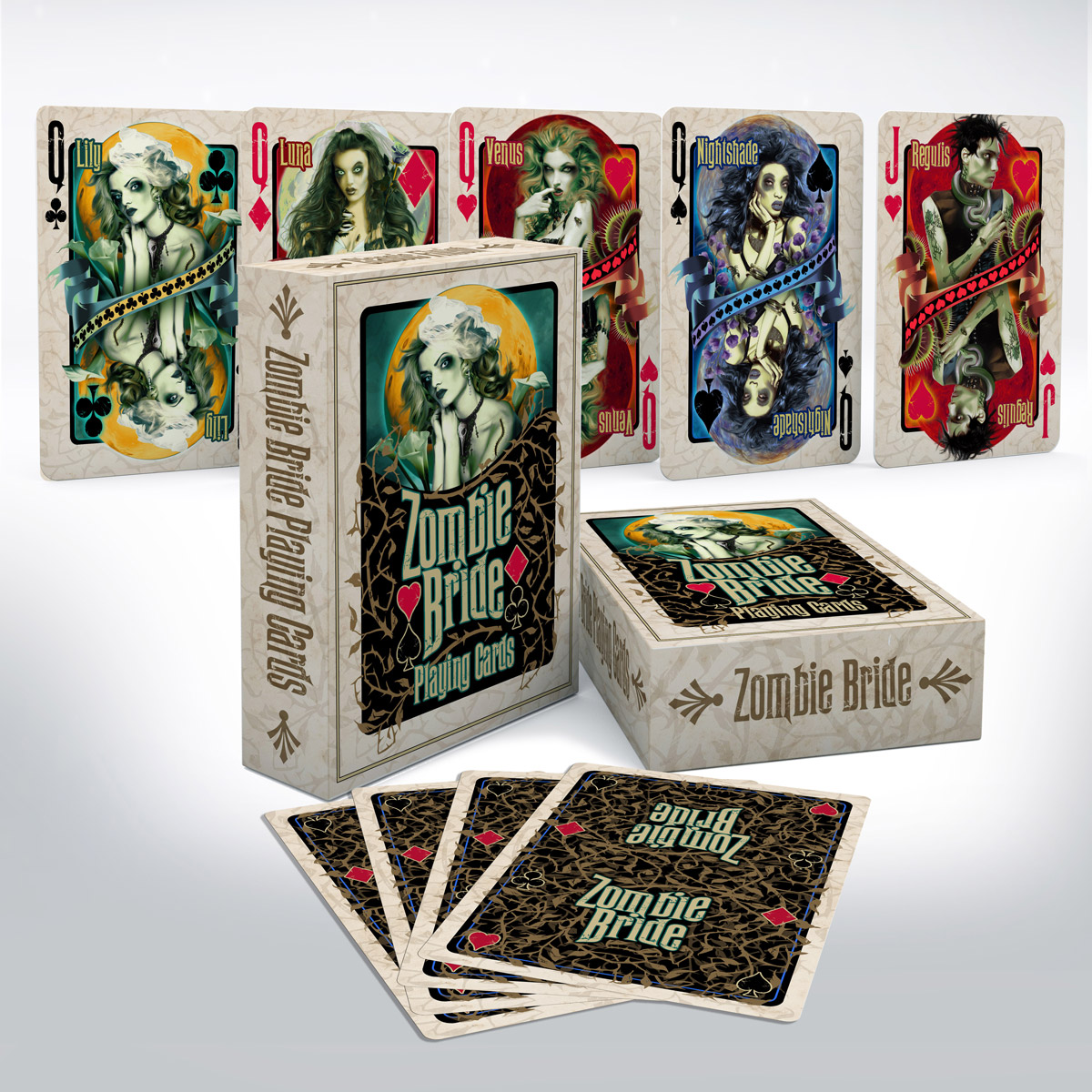