Van Genechten started making playing cards in c.1840 and continued until the founding of Carta Mundi in 1970.

Antoon (Antoine) Van Genechten started printing playing cards some time between 1837 and 1841 in partnership with Jacques-Edouard Glénisson. This partnership was dissolved in 1855 and Glénisson continued a separate card-making business until 1899. Van Genechten, on the other hand, continued into the twentieth century and was one of the component parts of Carta Mundi. A prolific card-maker, he has left behind many examples of his work. In addition to the traditional Turnhout version of the English single-figure courts (based on De La Rue's D3) he produced a most unusual version, which I illustrated on page 19 of this blog.

The double-ended version was considerably redrawn in the style of many continental designs with human faces. (See also Brepols' version of the design on page 21.) 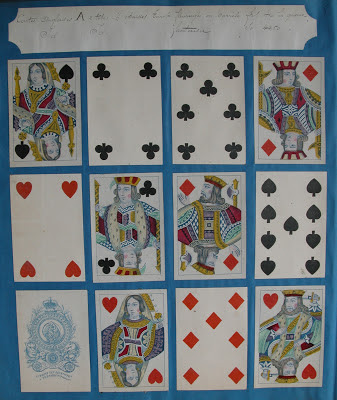 Above: From the same sample book

Note that the AS of this era is a close copy of Old Frizzle printed in blue; people sometimes think this is a rare version of the English duty ace. IT ISN'T!

He also used a different version of the single-ended courts based on De La Rue's D3, with a double-ended version, too.

He even produced a turned version of the single-ended courts, which I've never seen done by any other maker. 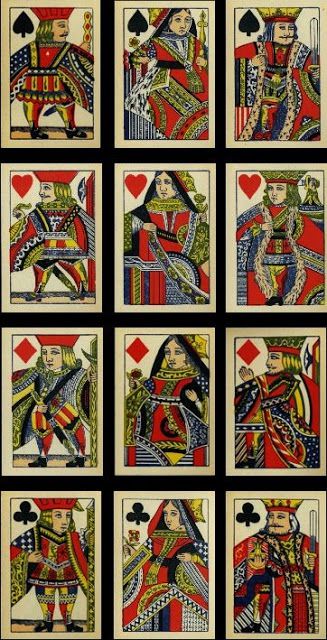 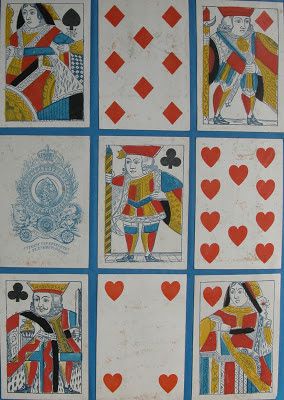 This is quite an extraordinary range of designs to have available all at the same time. Slightly later his version of De La Rue's D4.1, shown above with fancy decorative additions, was used in a lot of cheaper packs as well, and he did a triplicate version, too. 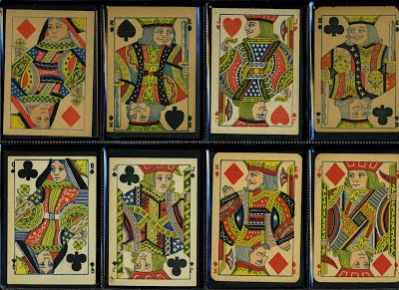 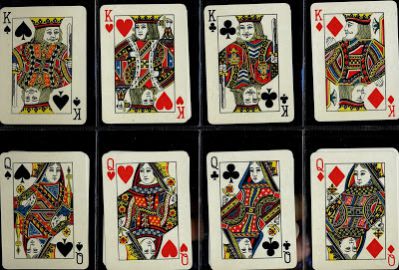 In the 1930s Van Genechten was also making a lot of cards for India, as mentioned previously, and he used a completely turned version of De La Rue/Goodall's GD10 on very thick card. [See also page 22.] 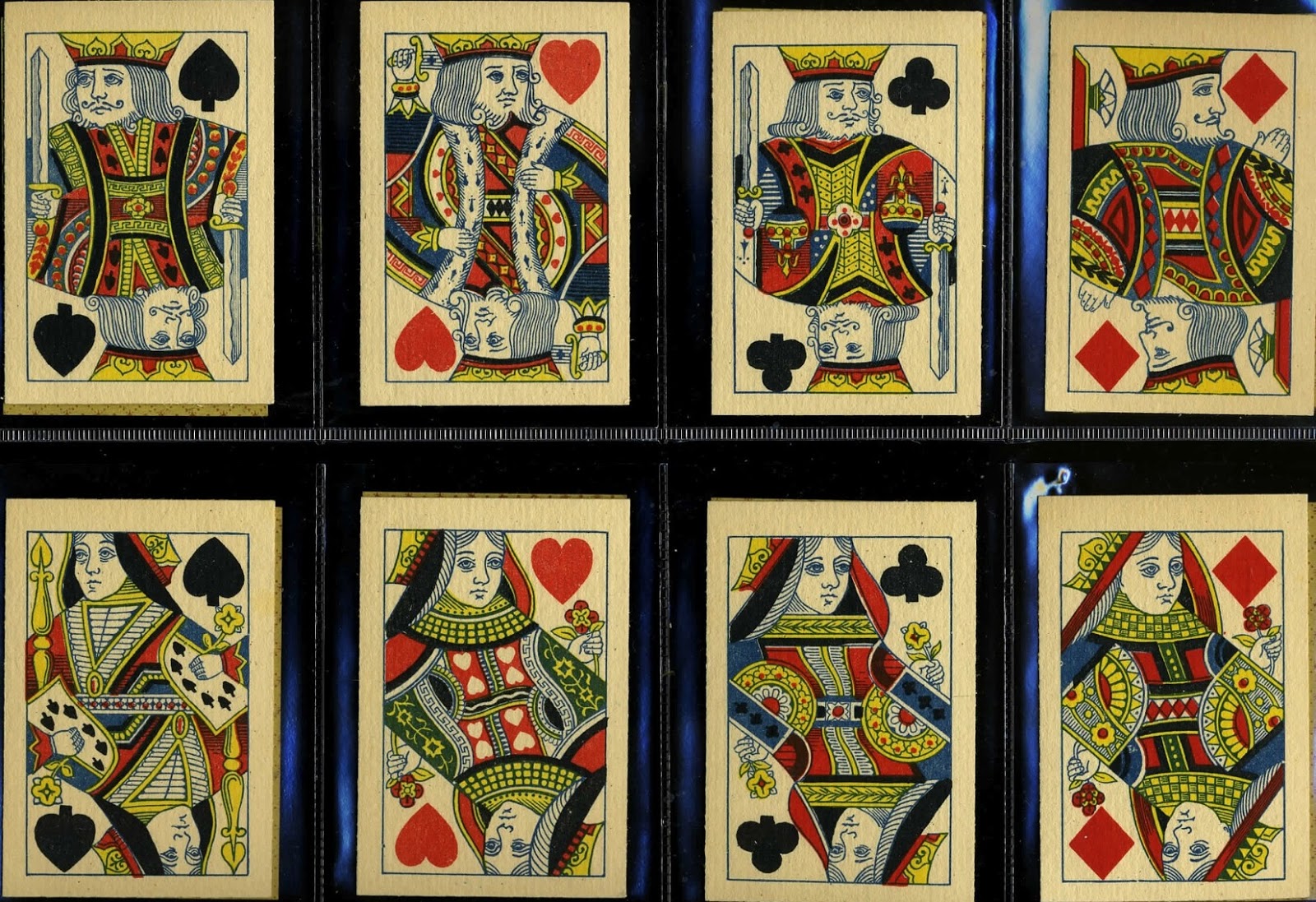 Finally, right up until the 1960s, he used a version of USPCC's US5 with turned courts to put all the pips on the left, which meant a turned QH and a normal-facing JS. 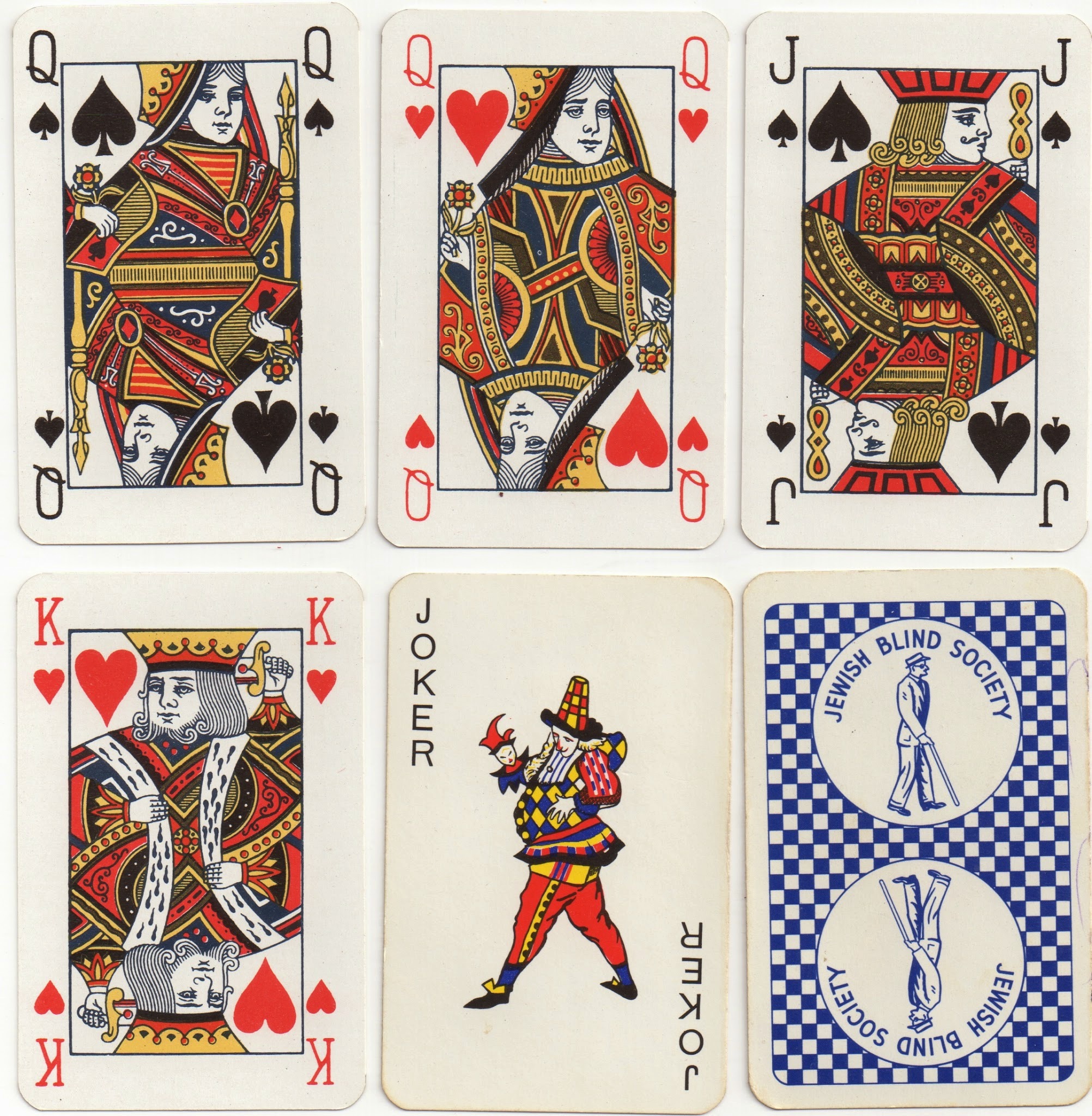 For other Belgian makers, see pages 18, 21 & 23. For some of the non-standard packs produced by Van Genechten, see the wopc website

British Airways Concorde playing cards made in Belgium by Carta Mundi, before 2003.

‘Cartes de Luxe’ first published by Biermans in 1877 was reproduced in facsimile by Amstel Beer in c.1980.

Abbey Playing Cards made in Belgium by La Turnhoutoise, c.1950s.