A continuation of the survey of designs used in Central and South America.

The two main makers in Mexico are La Cubana and Clemente Jacques. They have their own designs. 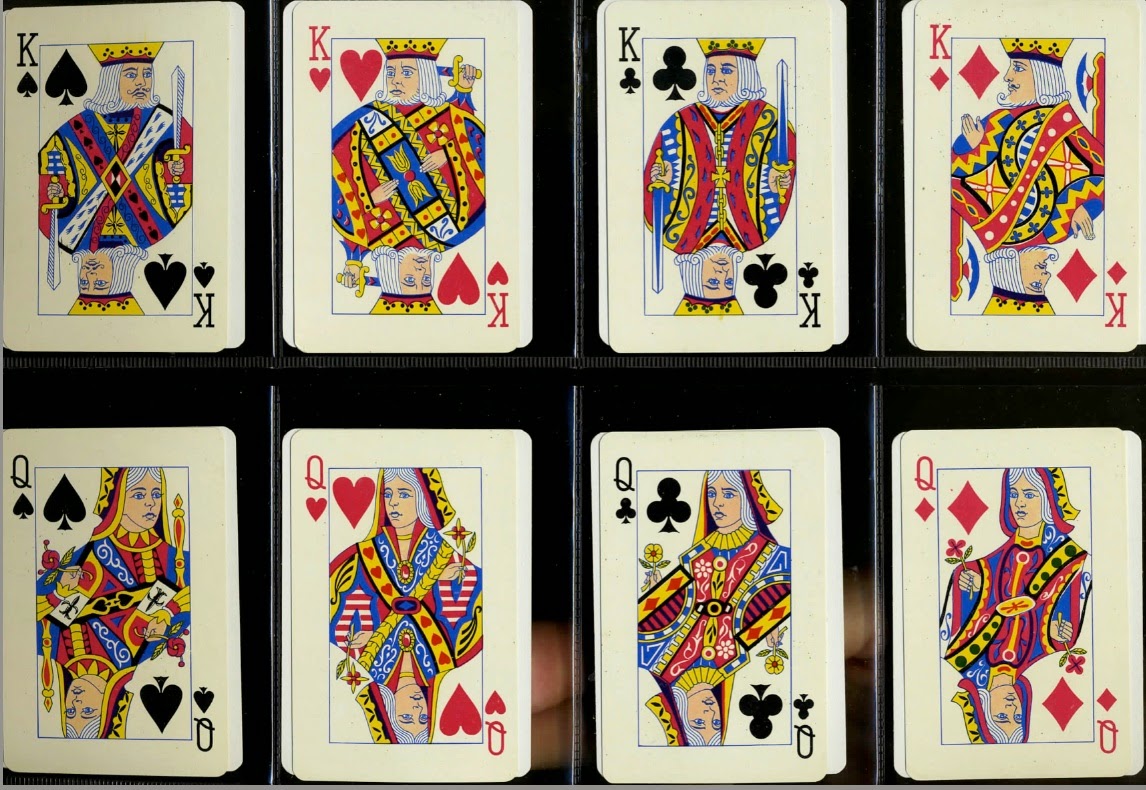 Note that in the above set the JC is unturned with a lowered arrow to make room for the left-hand suit-sign.

A completely different design was used in their wide-size packs and redrawn in bridge packs. 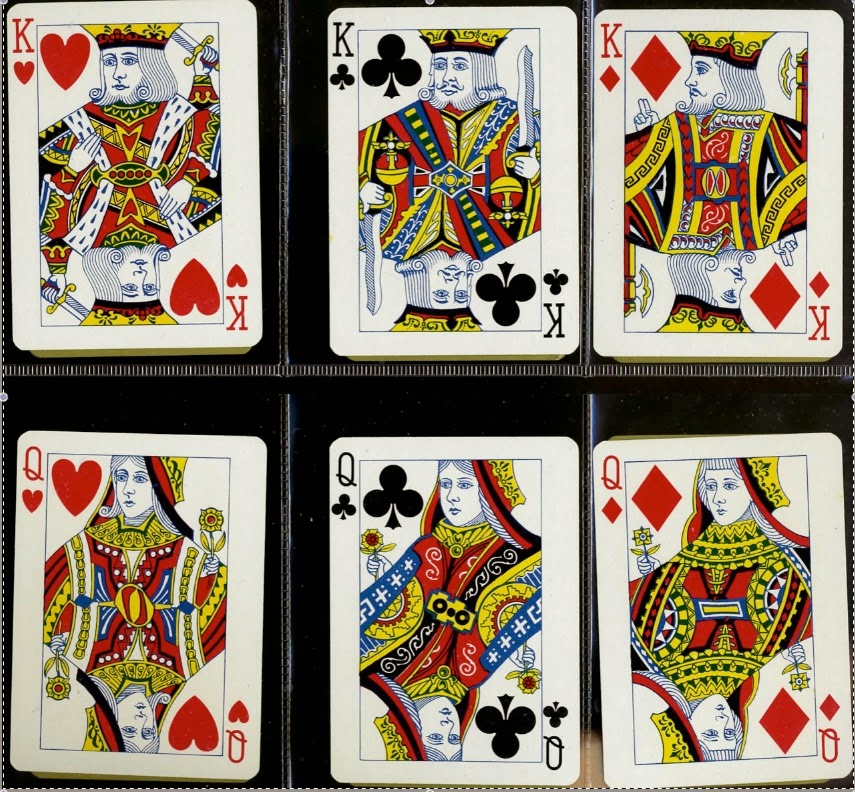 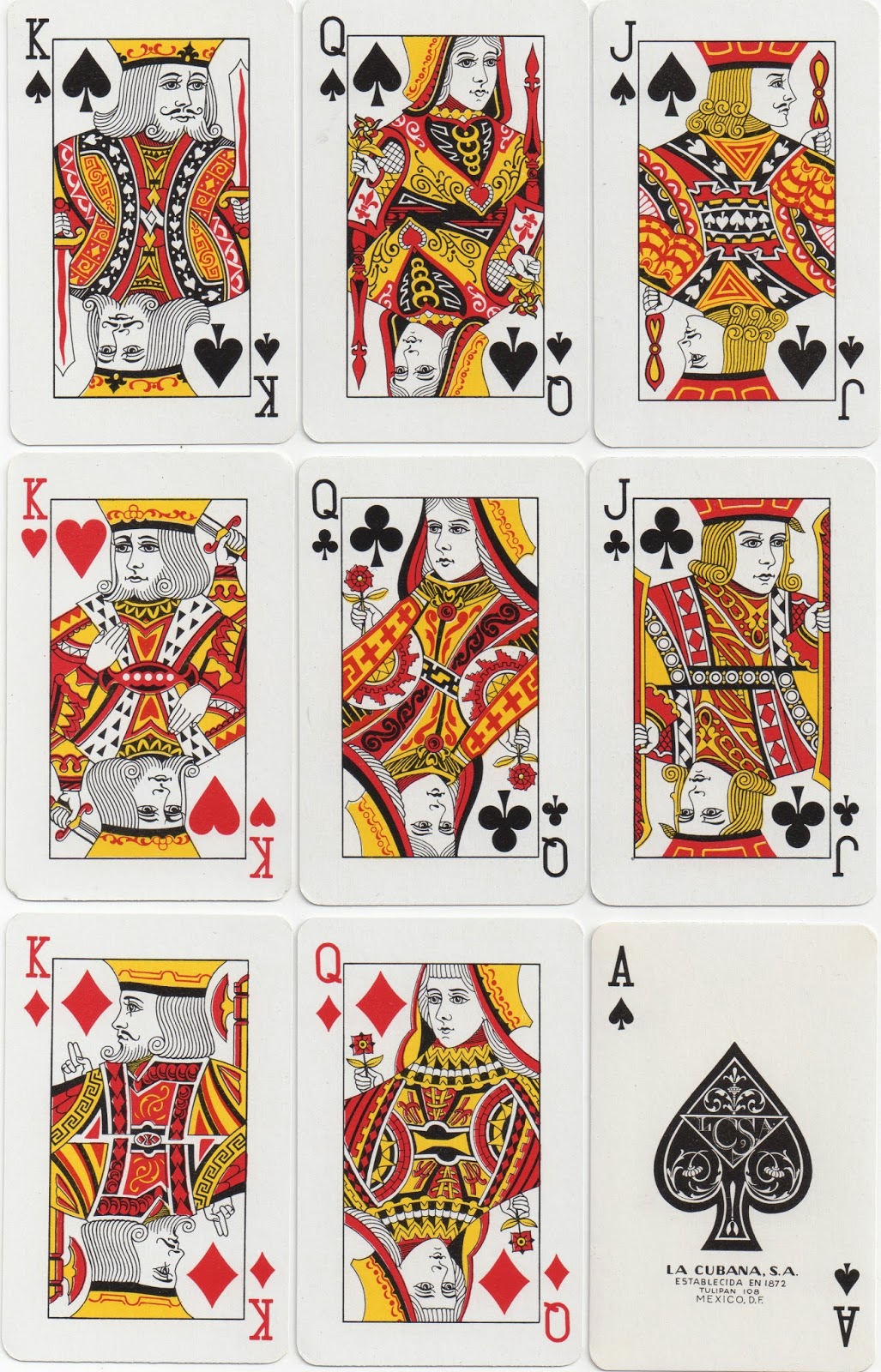 Clemente Jacques had his own designs, too, again two different ones. 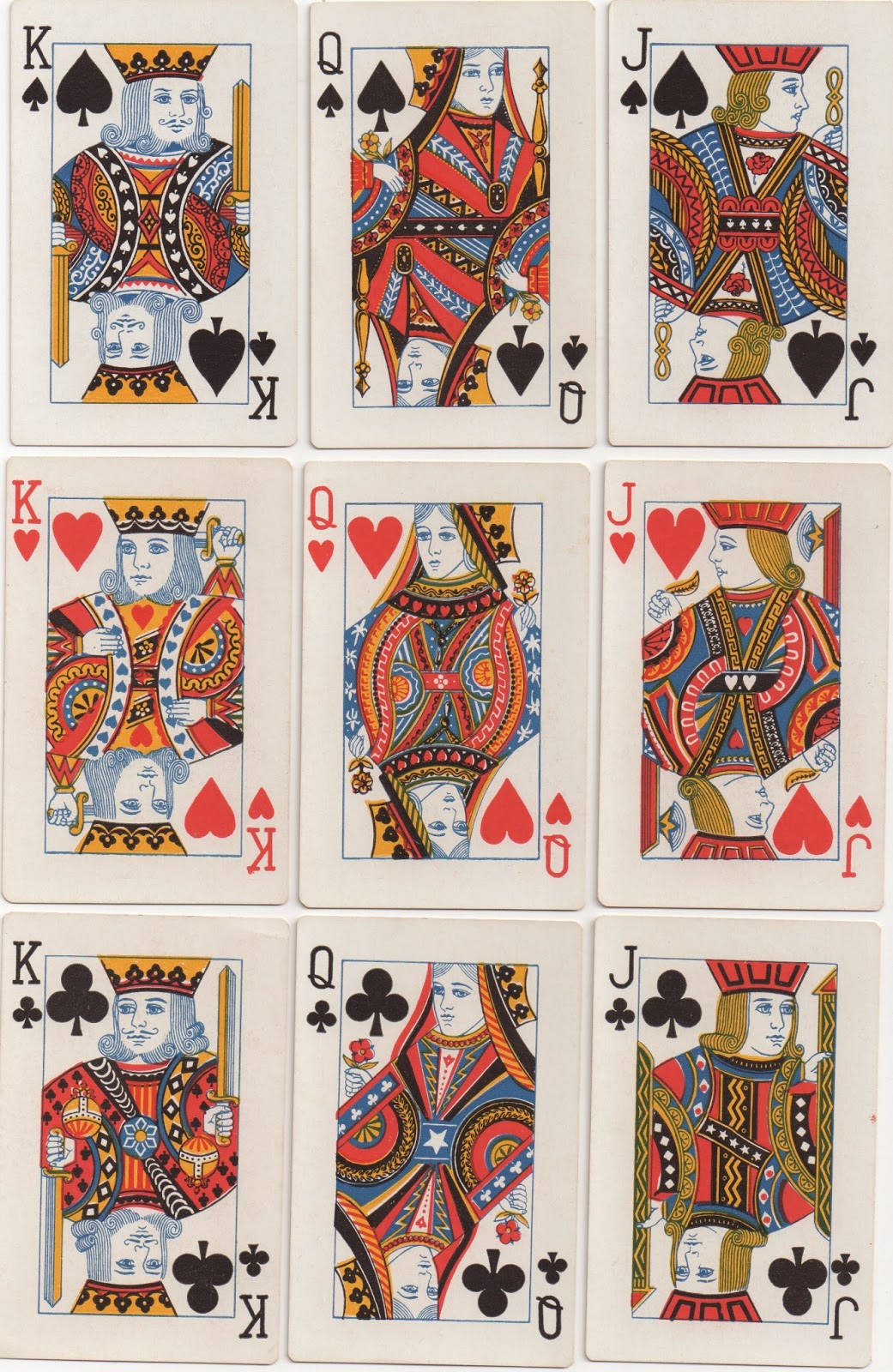 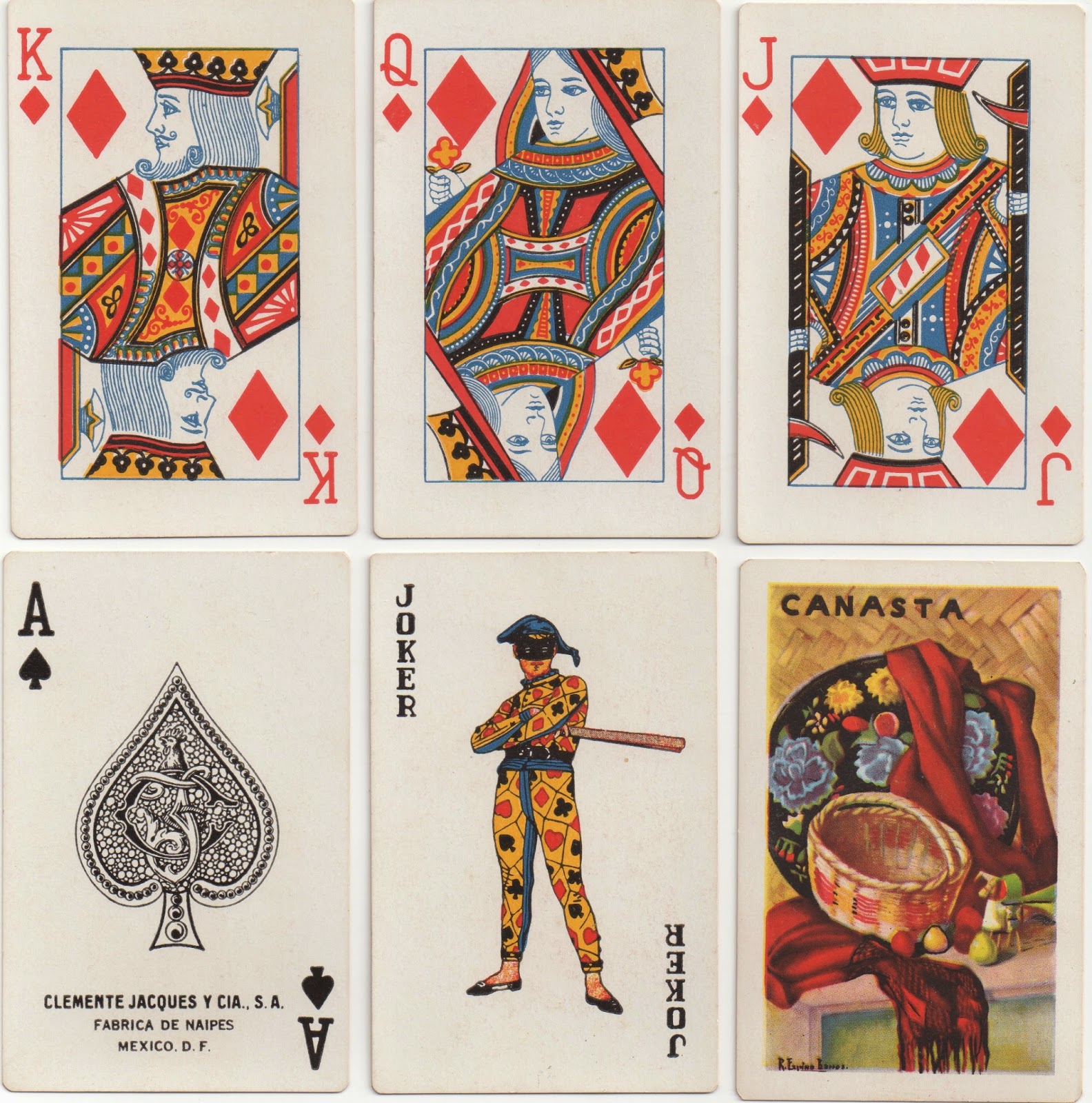 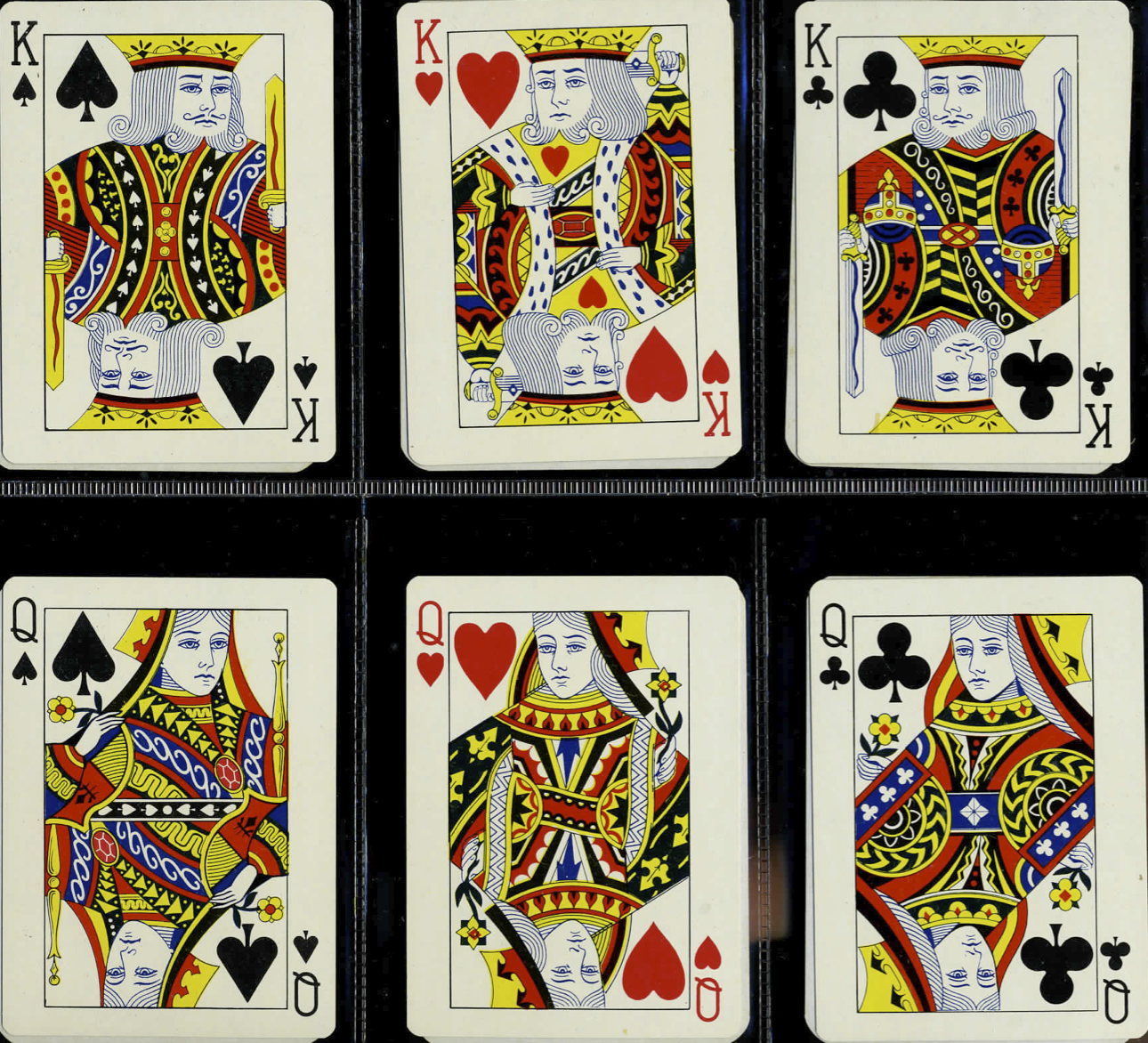 A smaller outfit, Productos Leo, makes cards today and has its own design. 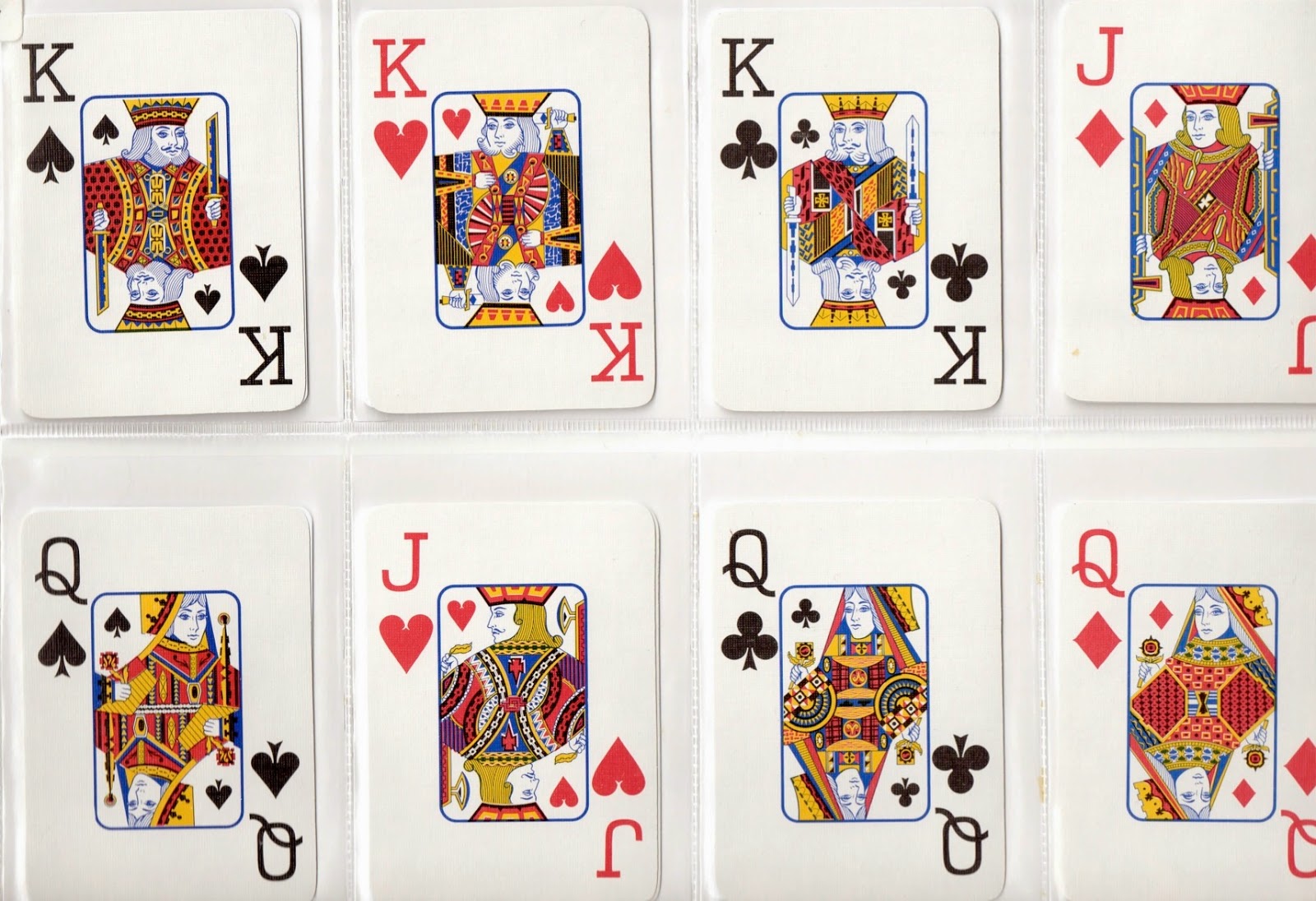 I know few examples of Peruvian cards. Litografica del Peru produced advertising packs, but they were probably printed in China. The two packs below have the same courts, copies of USPCC's US4, in different colour schemes. Both have ASs with the outer frame of the Chinese copy of the Columbia AS used by USPCC and US4 is a favourite of China's many copies, especially in the 1970s. 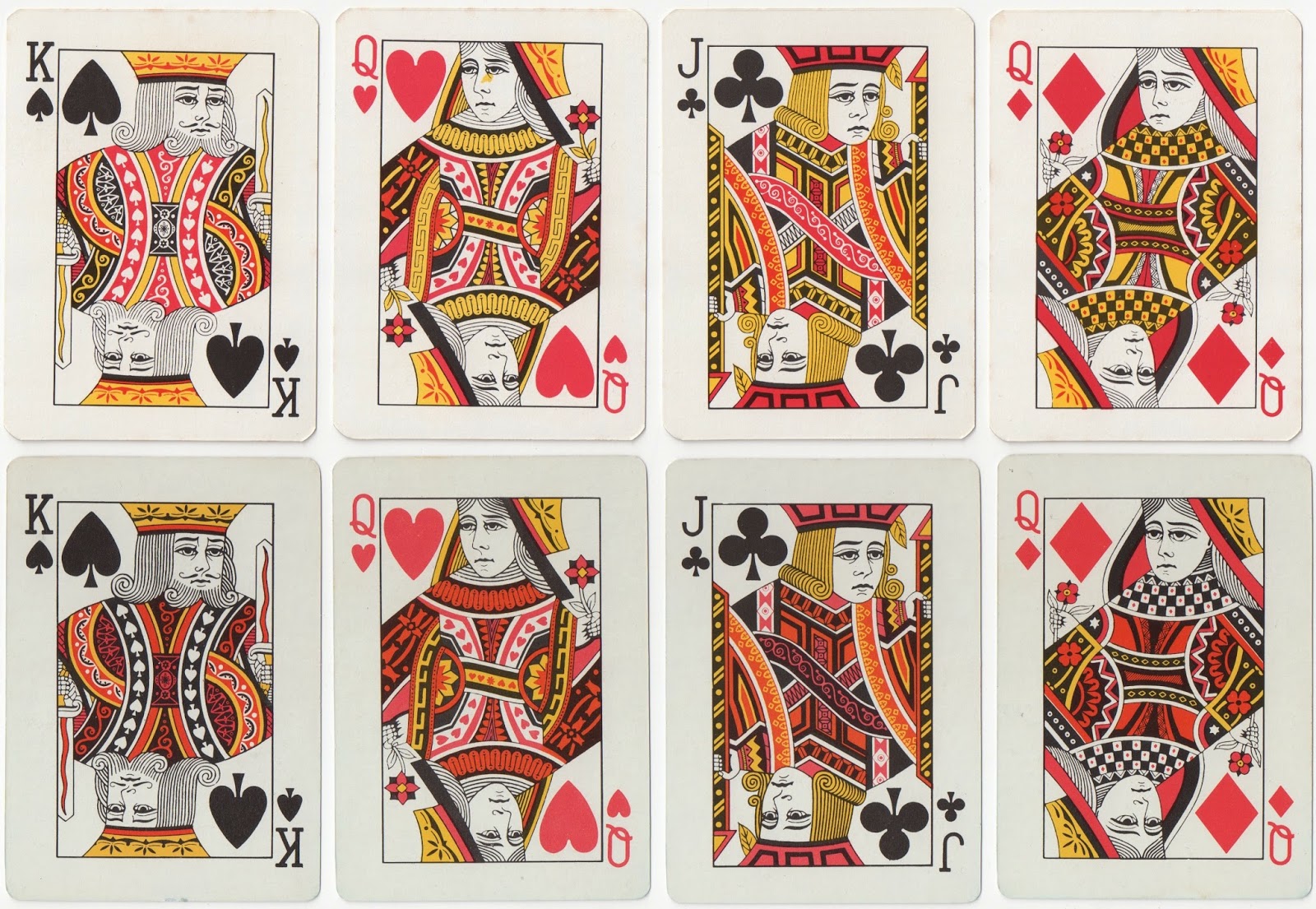 The child's pack, Casino Infantil, Jorgito, may have been made in Peru. The red suits are all red and the black suits all blue. It could have been printed in China, as it has a USPCC AS copy. 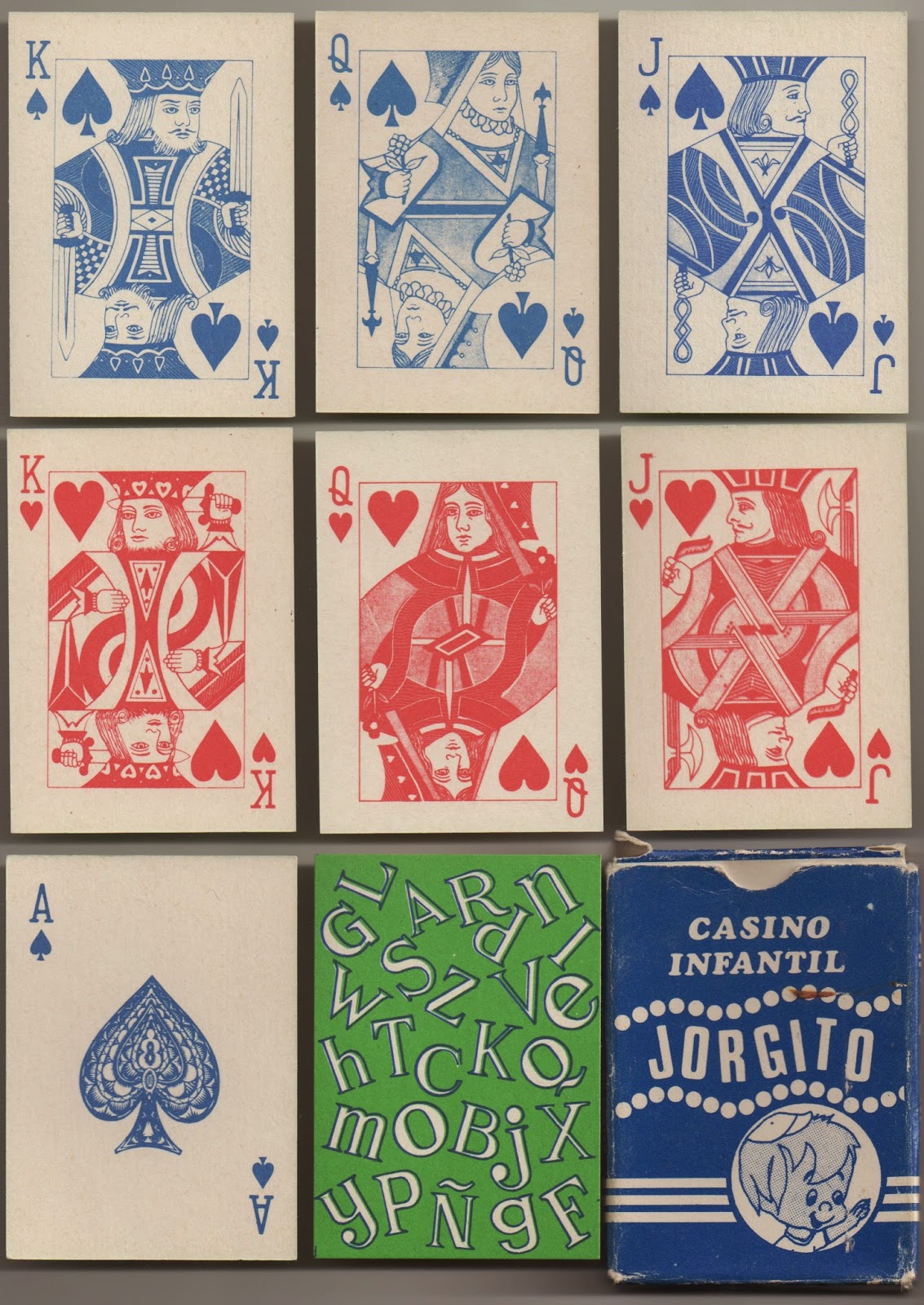 The main maker in Uruguay is Casabó. They made two very interesting wide-size packs with their own courts. In the first one some of the courts are turned from their traditional posture, e.g. the KD, QC, JH, QS, while others are unturned, JC, QD, JD. 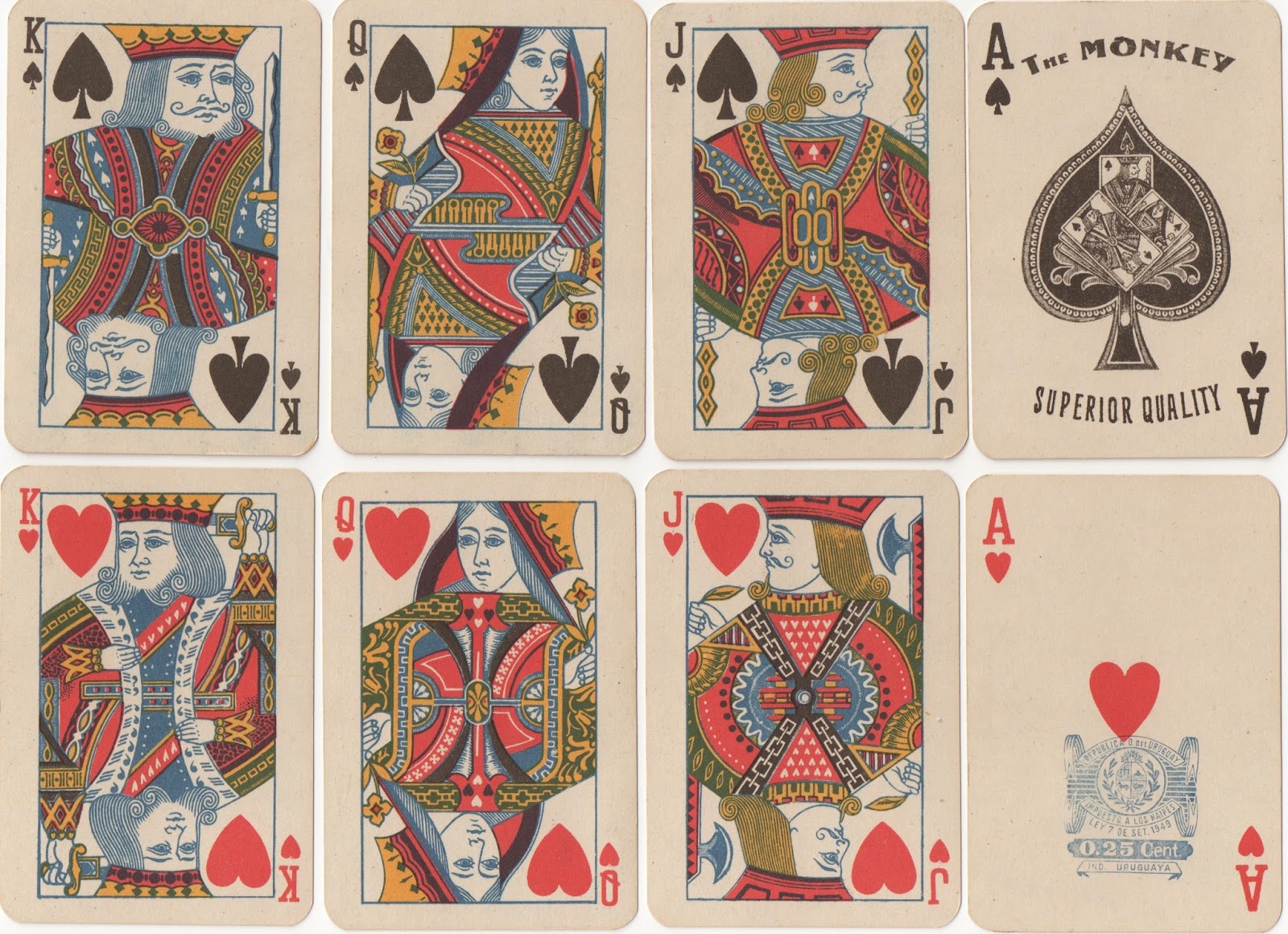 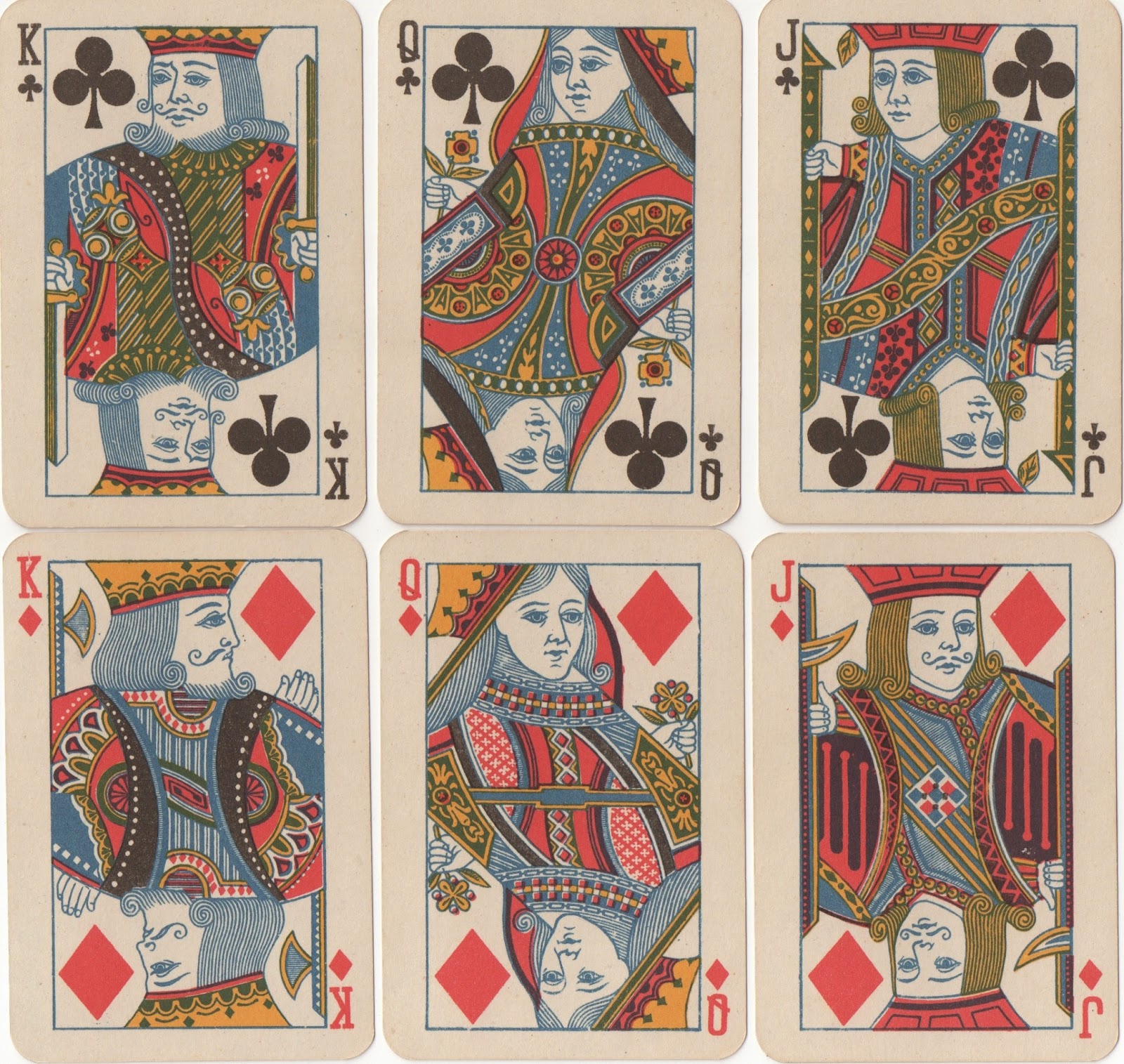 In the other pack all the courts of the first one are turned! 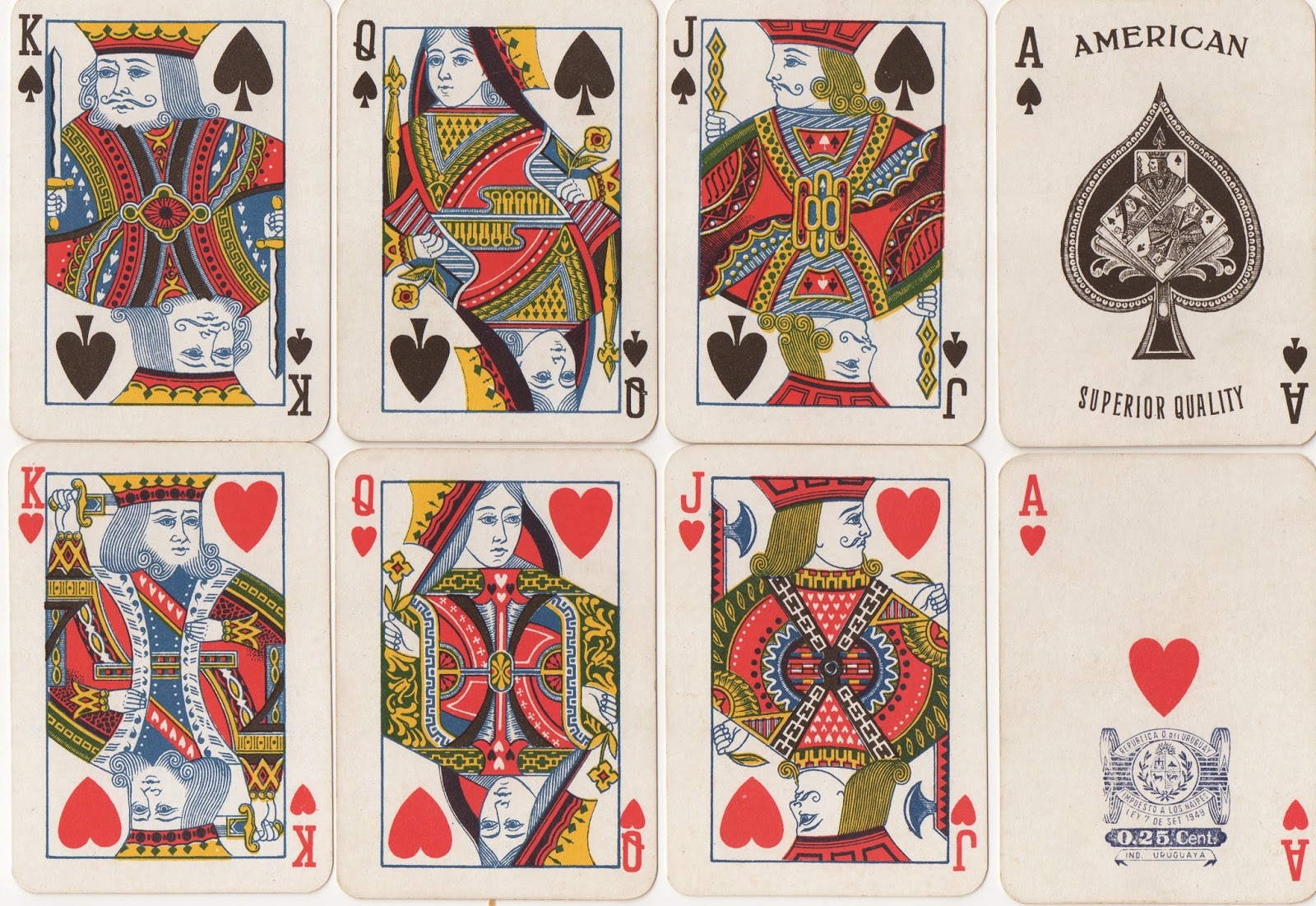 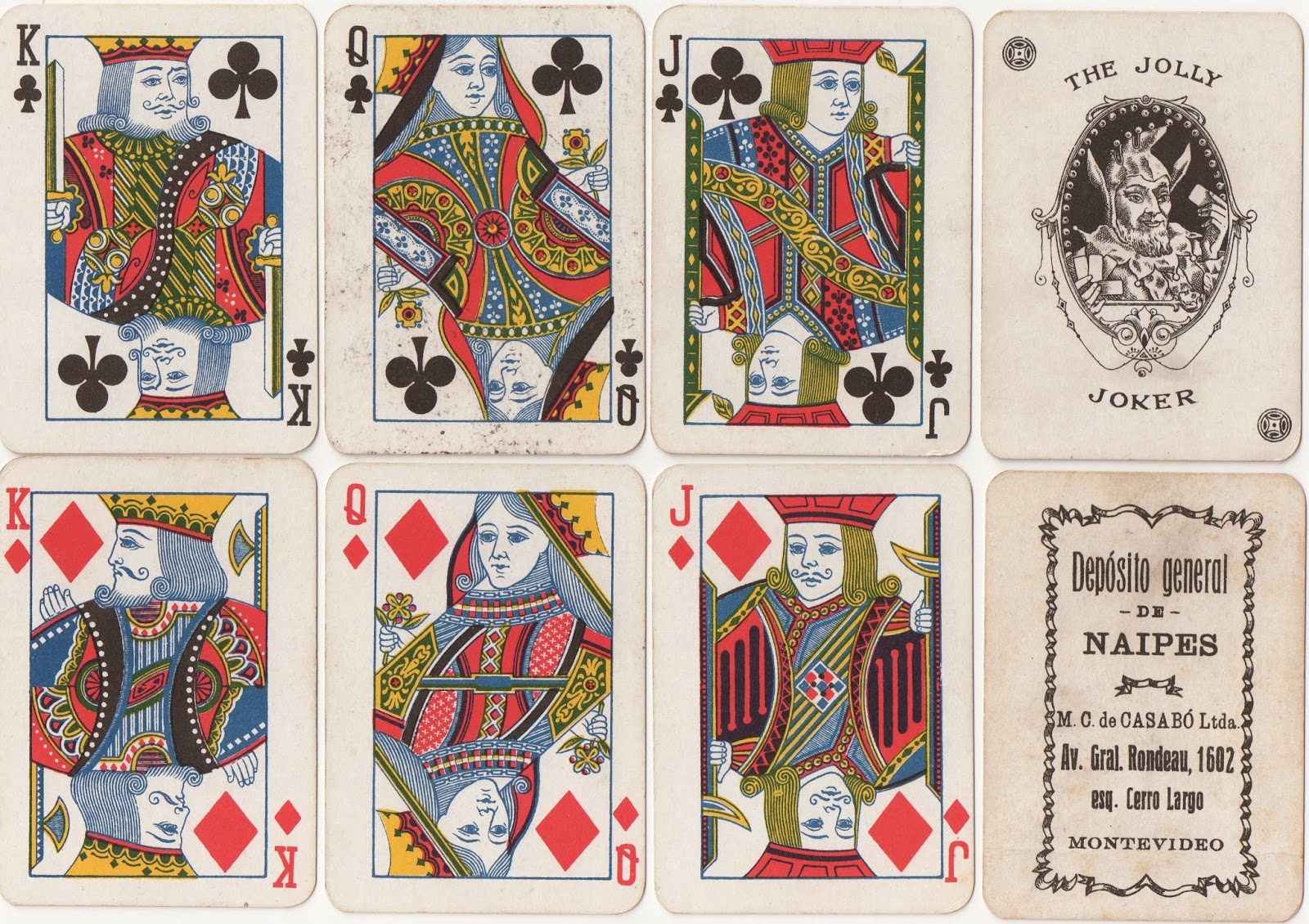 An example of an imported pack is furnished by Venezuela. In the 1930s Biermans exported cards to South America and had a special AS for Venezuela: Belgo-Venezolane. Notice that the KH is a redrawn KD. 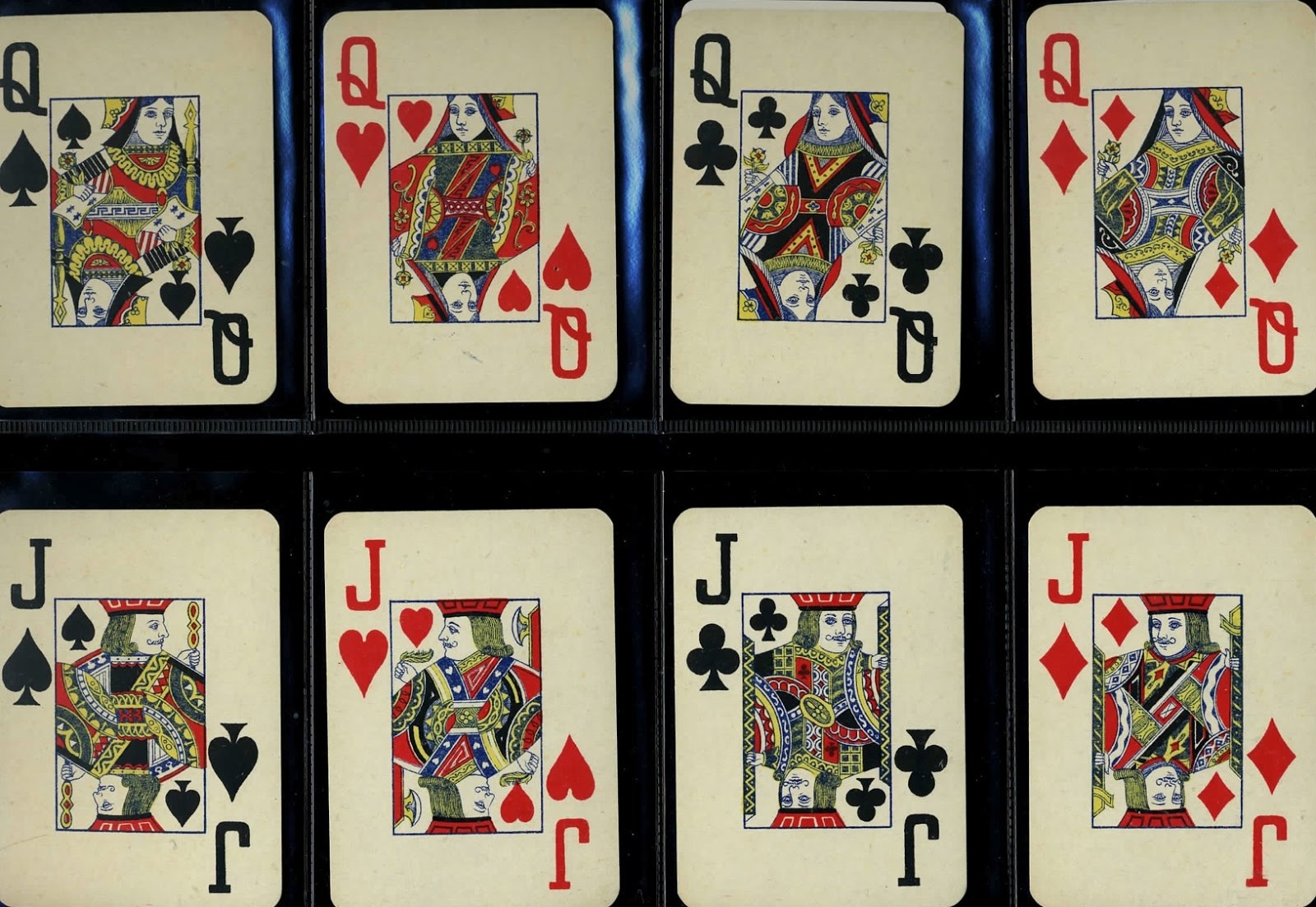