The best information about Isle of Man cards is to be found in Mike Goodall's booklet covering 1863-1930. From very early in its history the island kept a measure of independence and never became part of the United Kingdom, retaining its status as an internally self-governing Crown dependency. This meant that playing cards were technically exported to the island. Whether there was a requirement to use an export garter AS I can't say, but by the Old Frizzle period there was a special export ace for the Isle of Man. It was unappropriated, so makers' names do not appear on it. Both Whitaker and Reynolds used the ace. 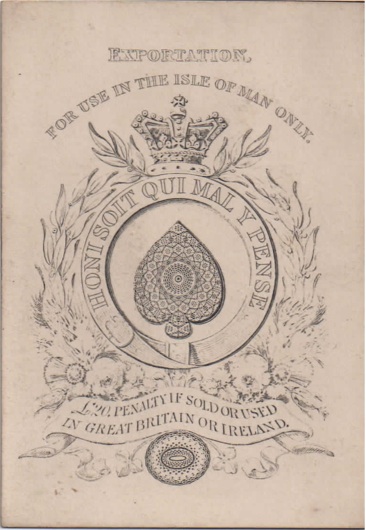 After the end of the Frizzle period makers made cards that were designed specially for the island, most of them having pictorial aces. It is quite remarkable how many different makers made such cards, both English and foreign. The most common are those by Goodall and by Valentine. In Mike's book he refers to the latter as "Unknown British", but on the basis of the joker design (not all packs were sold with a joker), Valentine is the most likely maker of the cards, although they also had other non-anonymous packs with different courts. Here are the two types: what is interesting about the anonymous ones is that they are a complete mix up of Goodall-like courts with all the figures in the wrong suits. 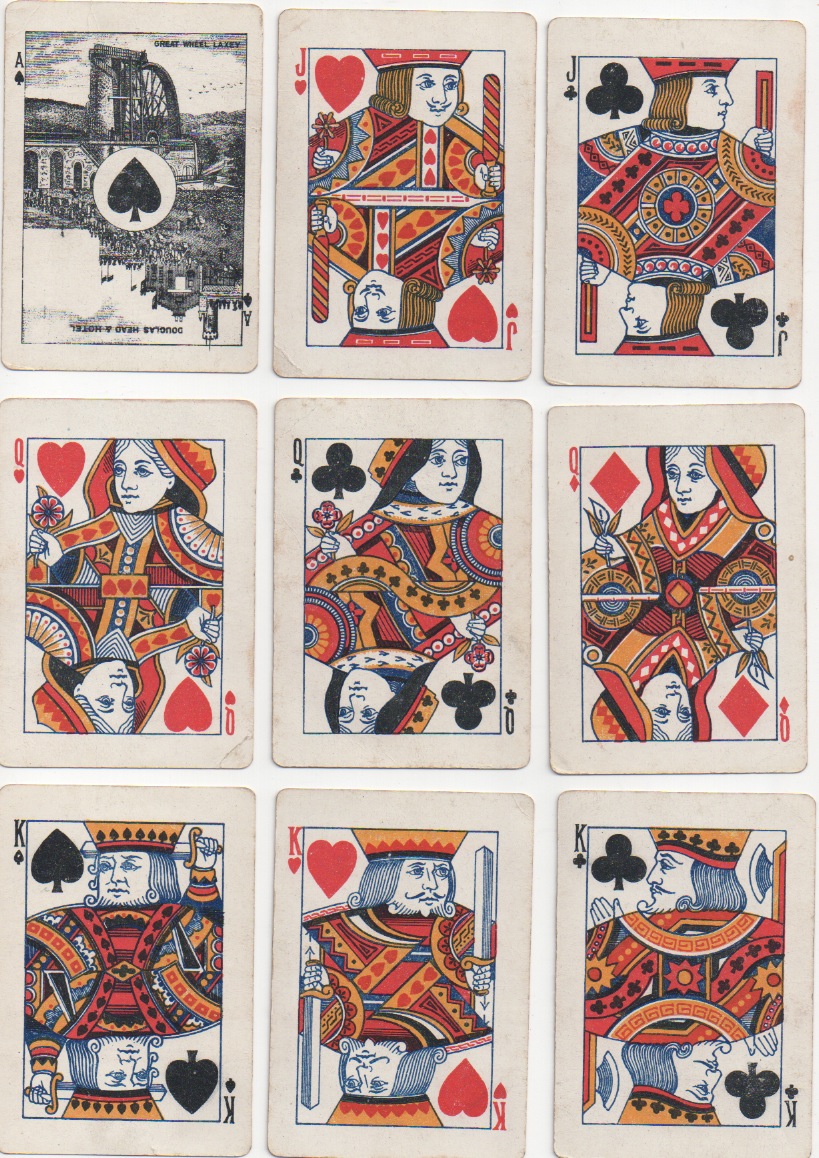 The pictures on the aces vary from one edition to the next. 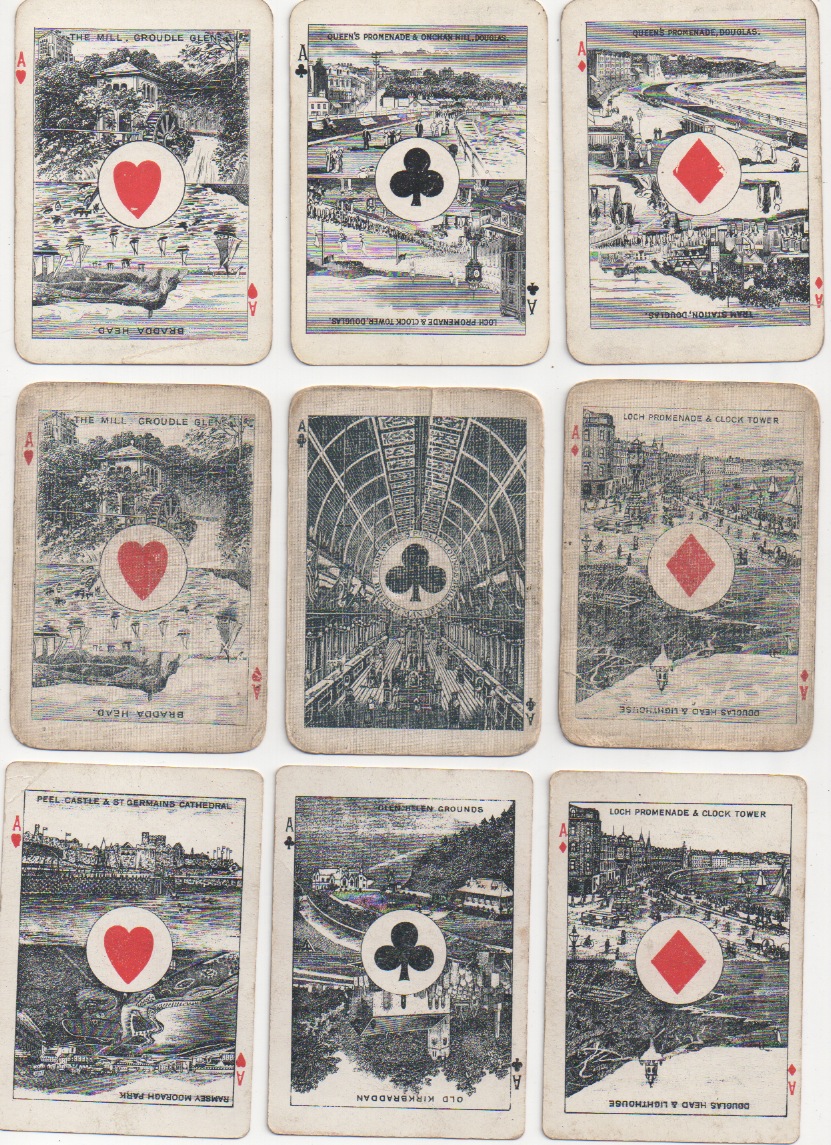 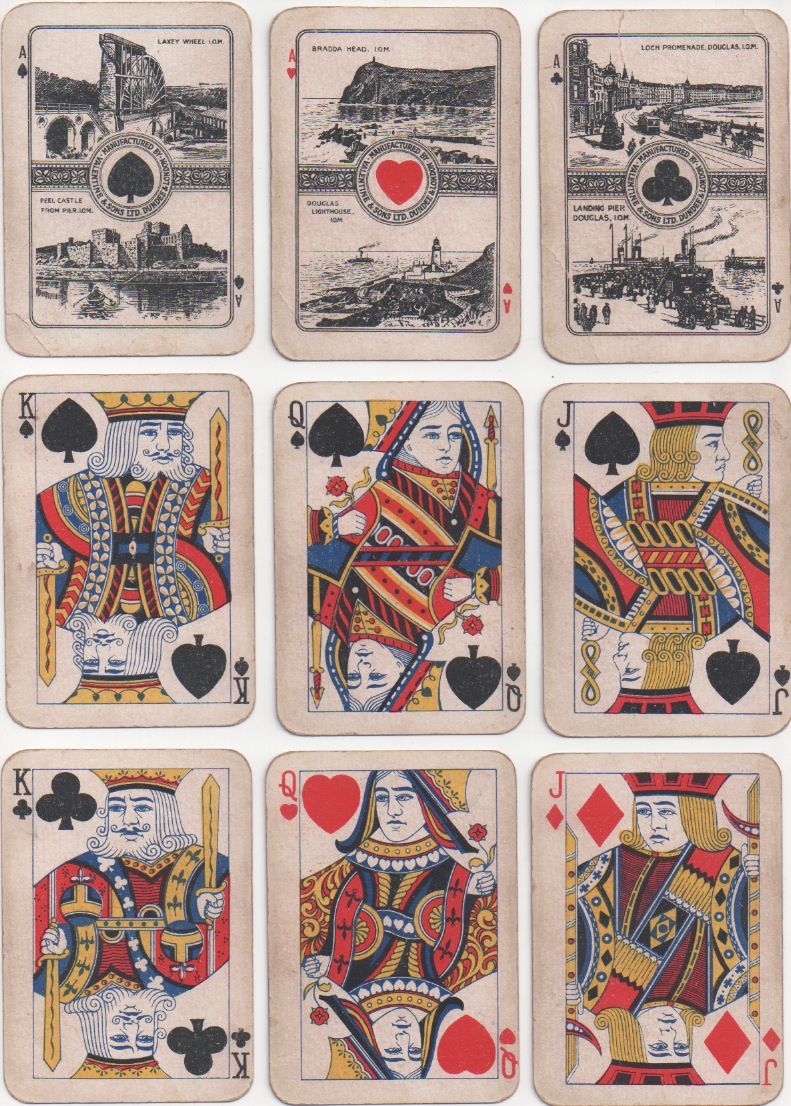 Although there are references to Webb's Lounge on some of the packs and boxes, it isn't clear whether all the cards made for the Isle of Man were destined for Webb's. Some of the backs show insignia other than the island's coat of arms and motto. Here is a selection from two Goodall packs (top left) and four Valentine ones. 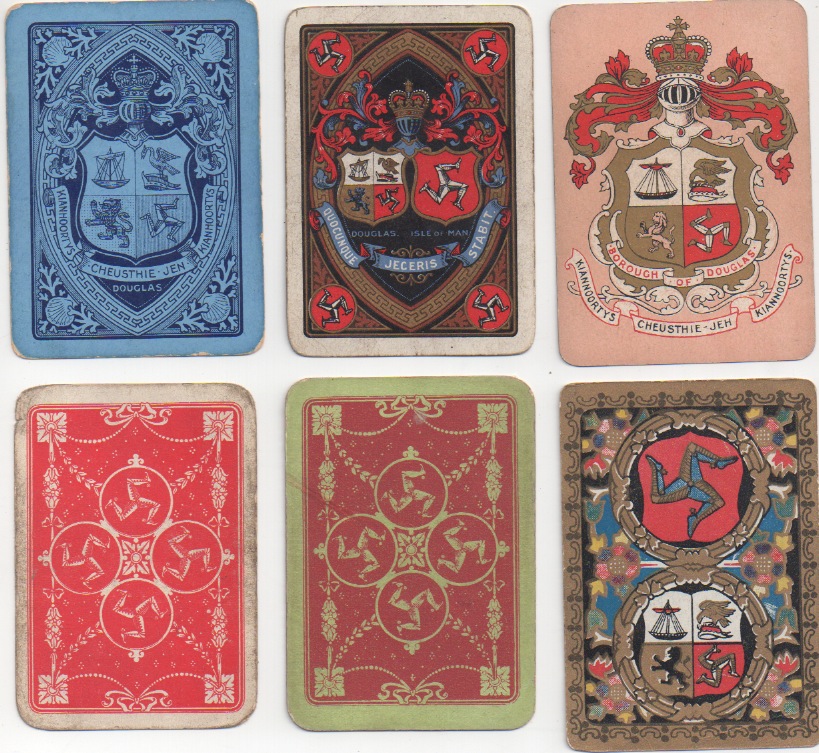 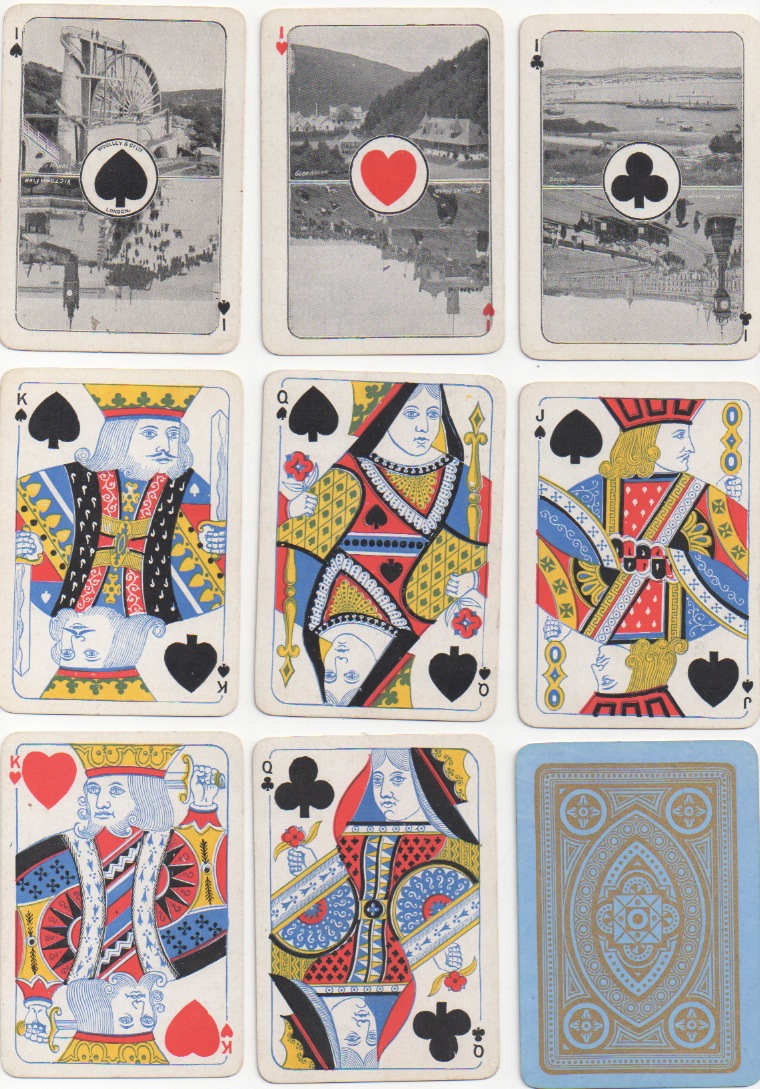 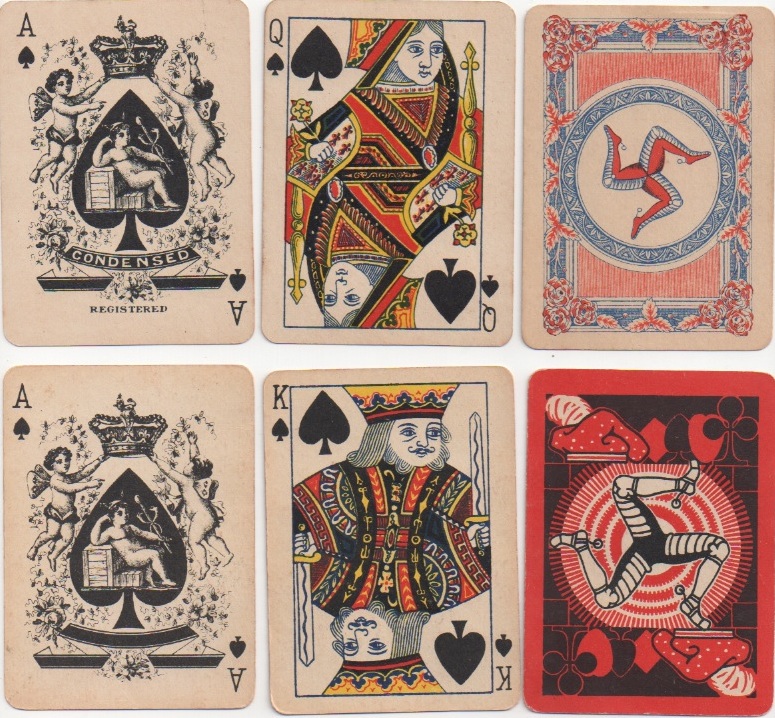 Among the less common packs are examples from De La Rue (an early example of c.1875), Van Genechten, an anonymous Belgian maker with a very close copy of Goodall's courts (the second pack illustrated on page 34), the Eagle Playing Card Co. Ltd, who imported packs from Bohemia, and the United States Playing Card Co. (though my example is anonymous, it can be identified from the court plates). Below is an example from the Eagle PCCo., c.1885. 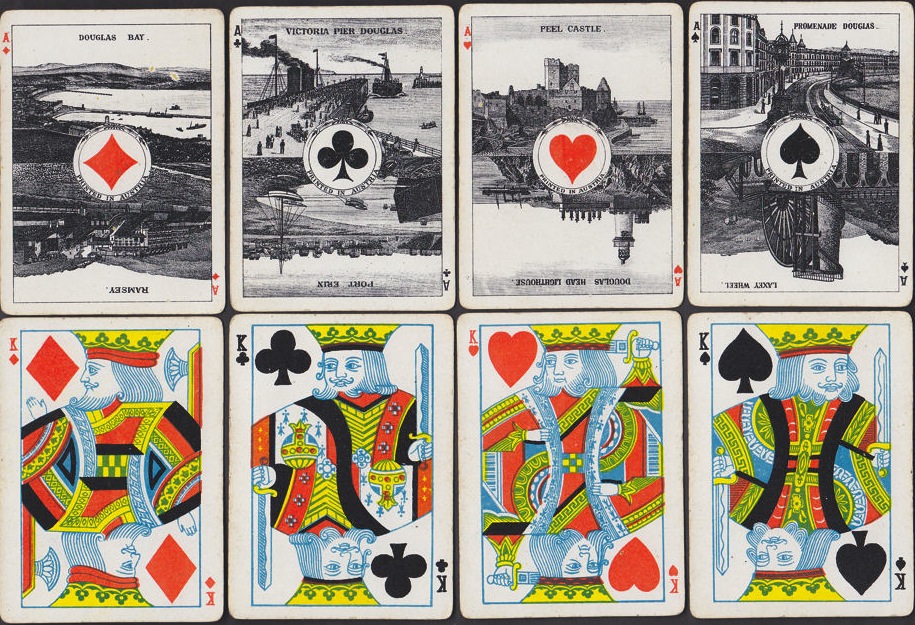