Gustaaf Mesmaekers founded his business in 1859 in association with Louis-François Moentack, who left the business in 1862. From 1958 the firm collaborated closely with Van Genechten, who finally took over the company in 1968, shortly before the foundation of Carta Mundi. Mesmaekers had a very large overseas market and a wide variety of designs, even of the English pattern. Some of the designs were similar to those of other Turnhout makers, others specific to that one firm.

Their single-ended cards used De La Rue's D3 as a model, as did the other Turnhout makers, but they put a lot of effort into good quality versions.

They also produced a version with the designs of the QD and QC switched, which lasted for several years, produced in various grades. 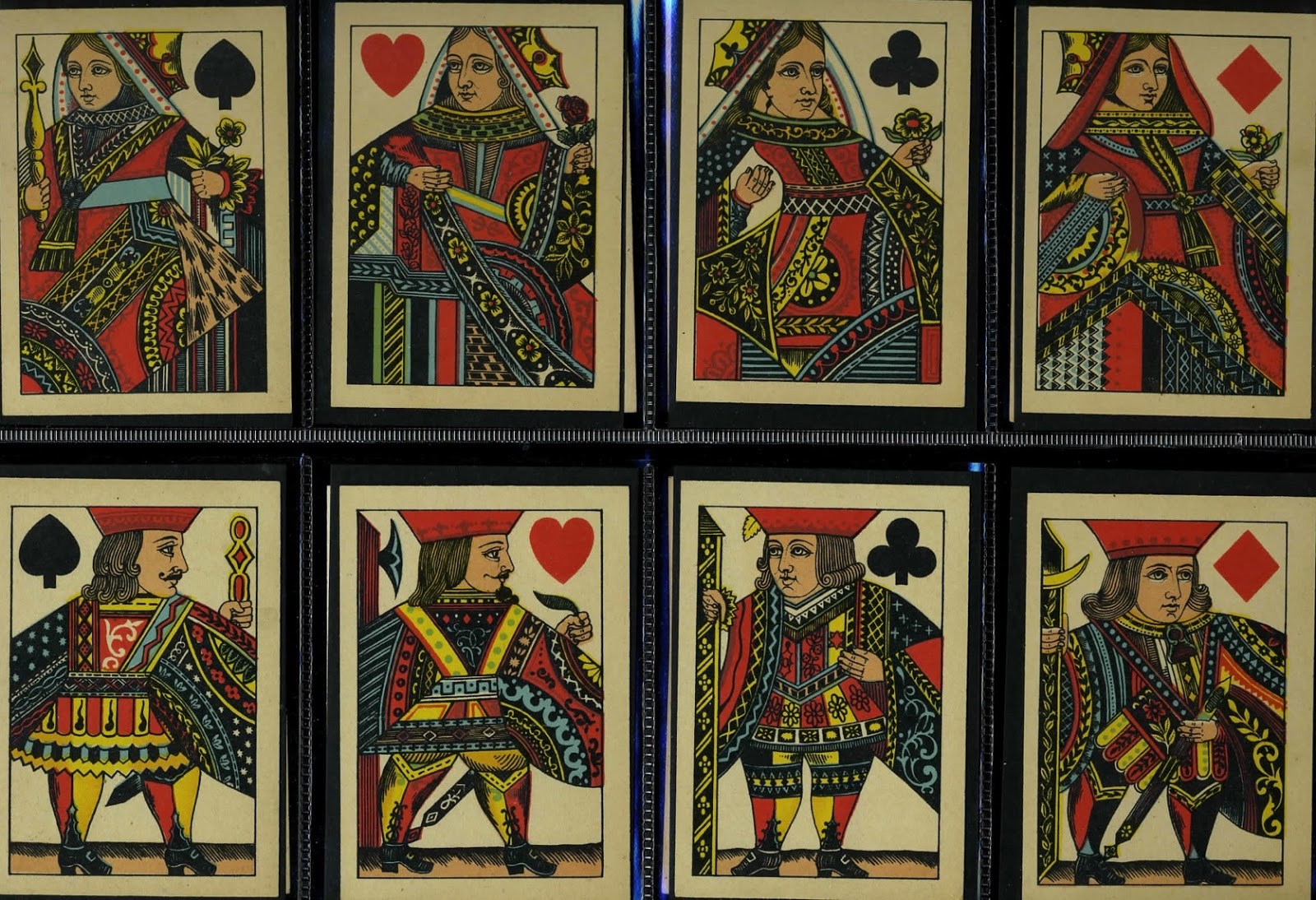 The next one Mesmaekers shared with other makers, but this is a rather up-market version. 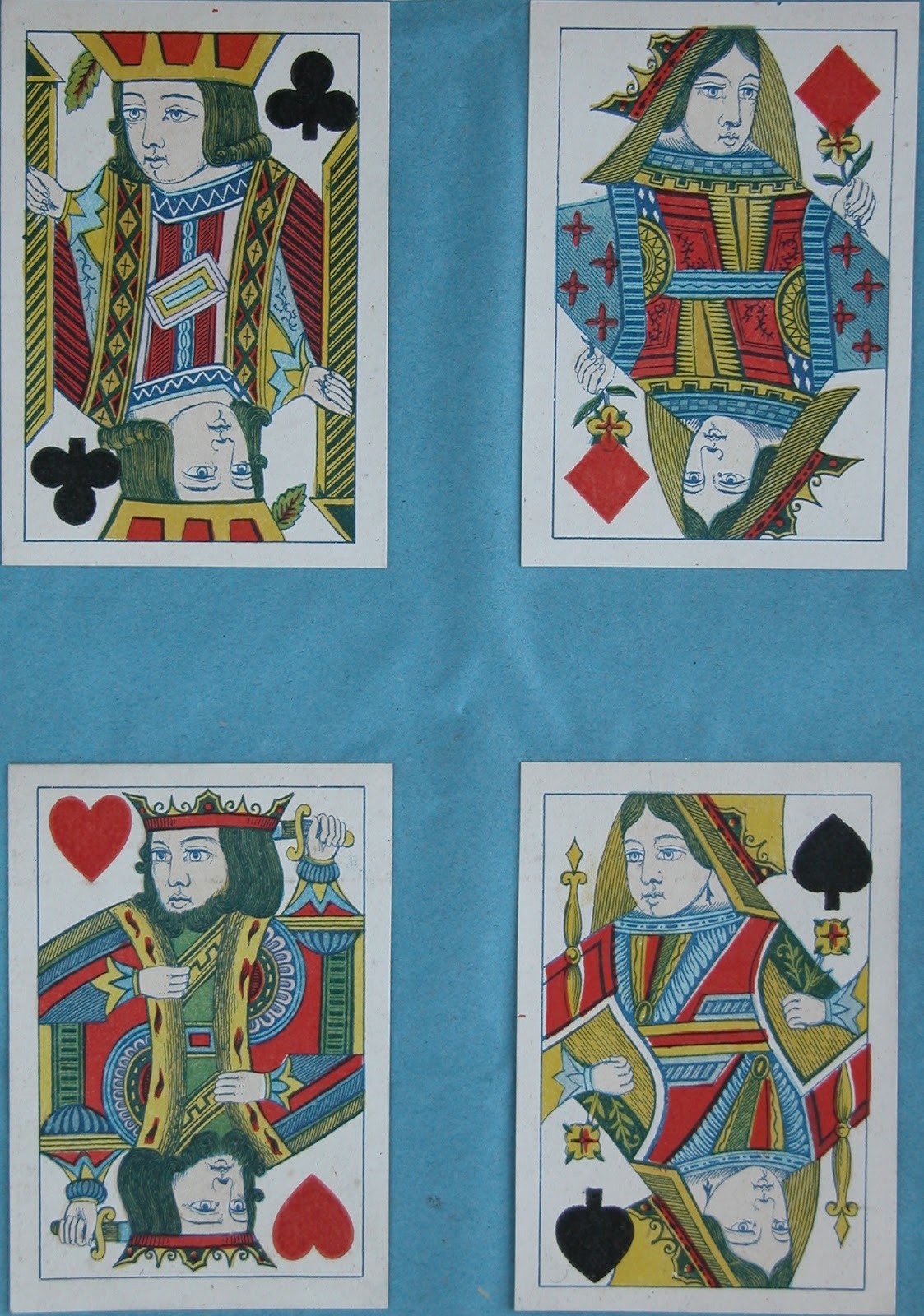 They also made a cheaper version. 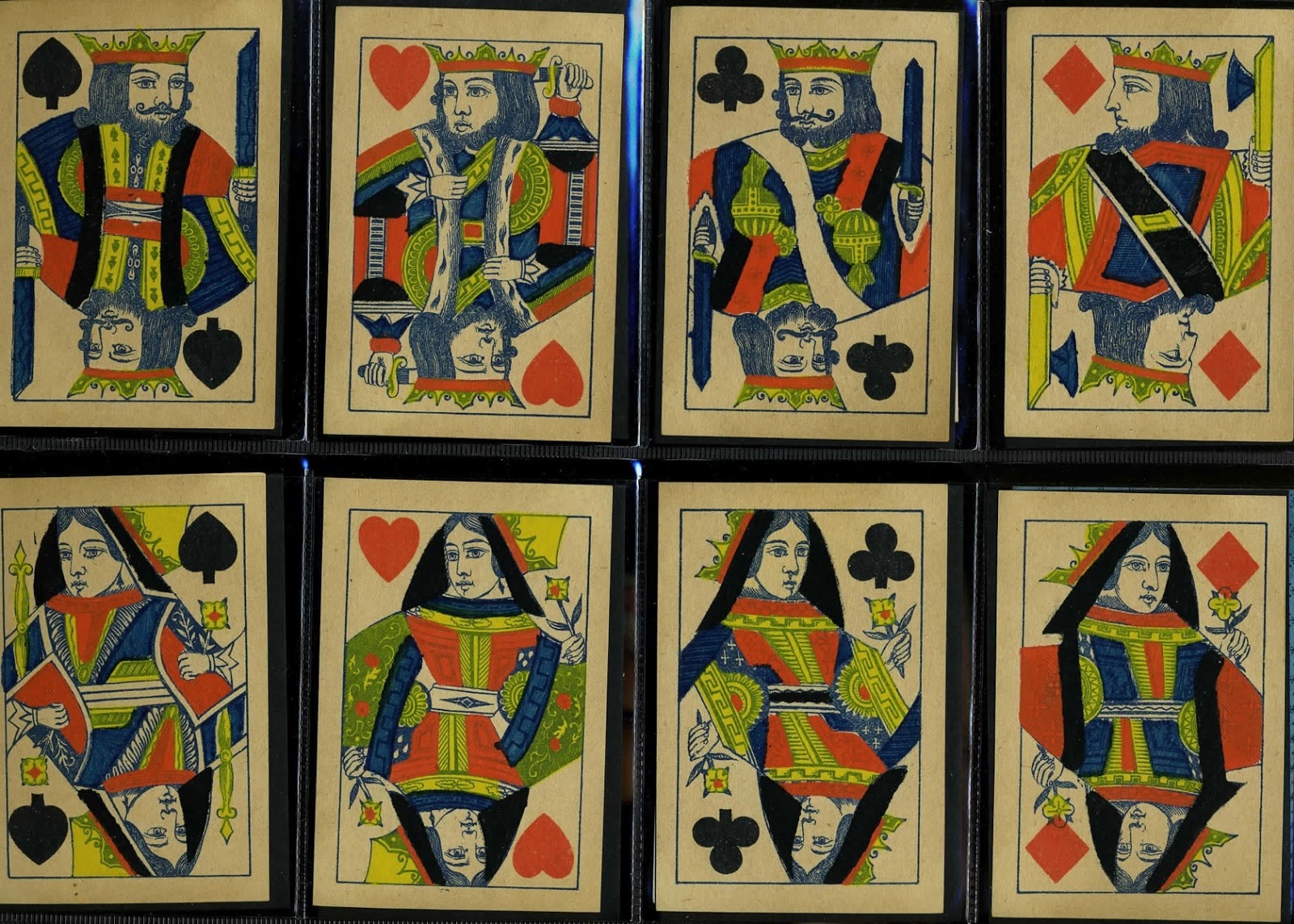 But they seem to have been the only maker to develop this design further with redrawings and turning six courts to put all the pips on the left. 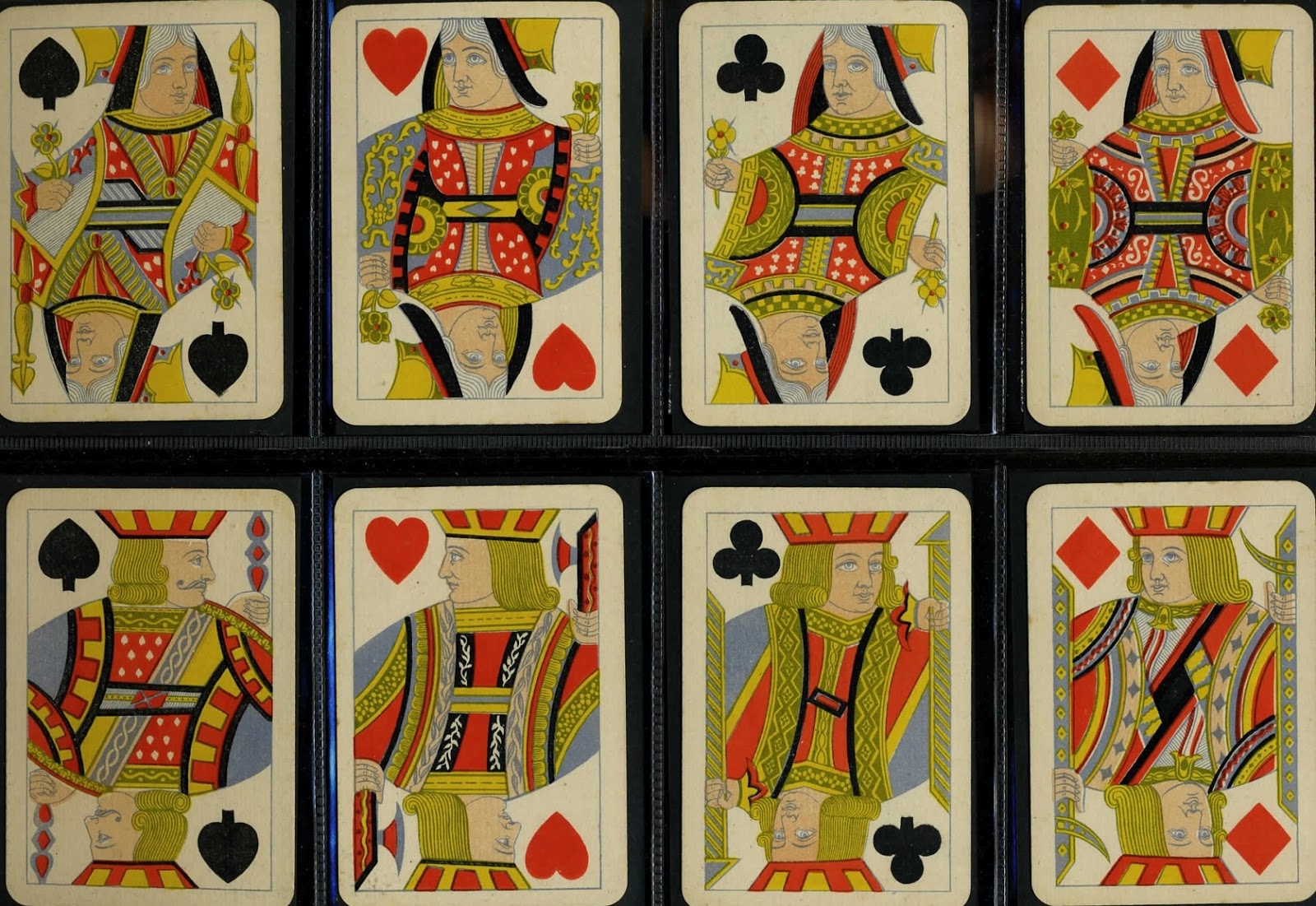 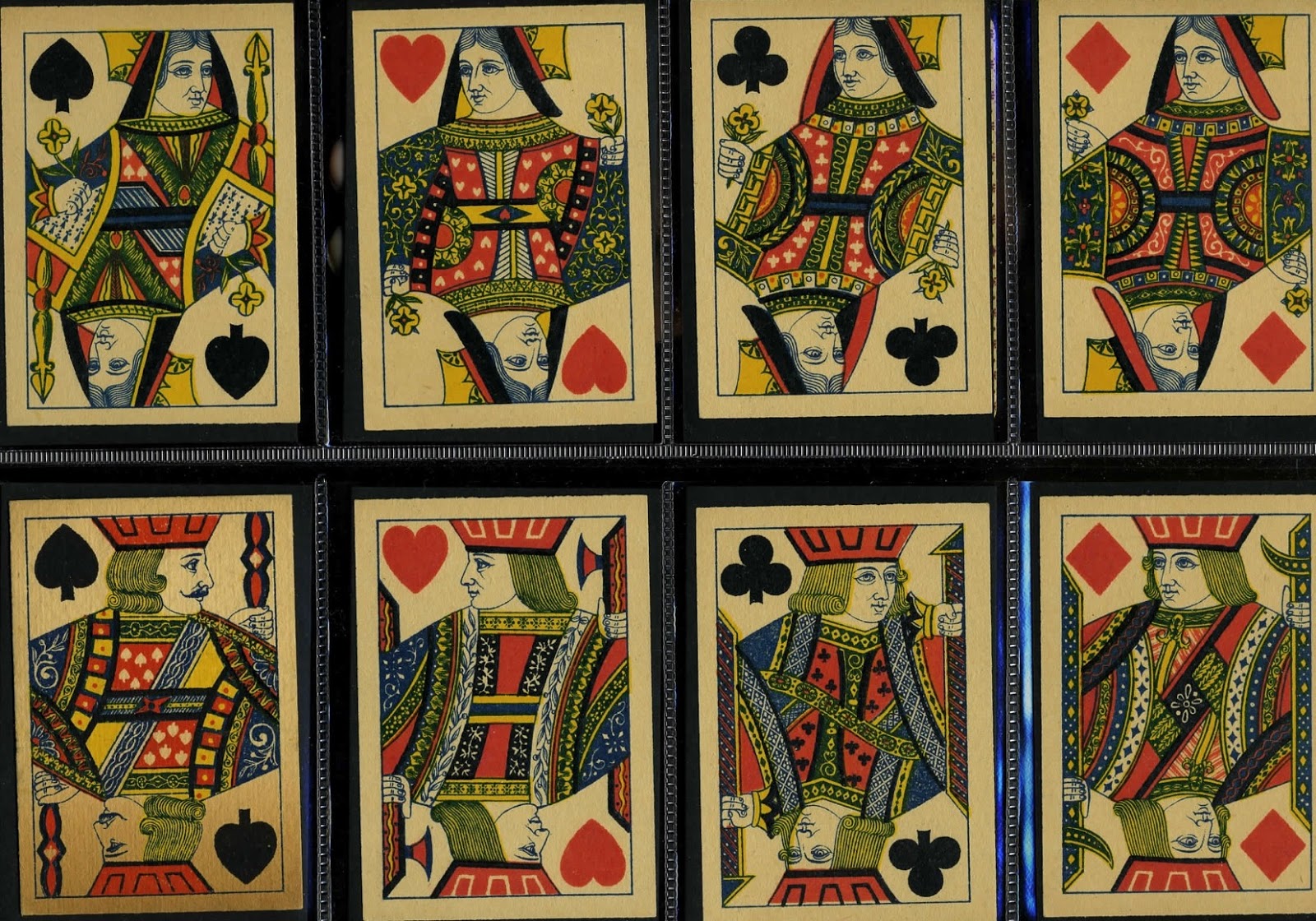 They had two further designs of their own, one in which the JH has no halberd. This was used in a series of a brand called Jumbo with an elephant on the box. It was used from the 1880s until the 1930s in different versions. 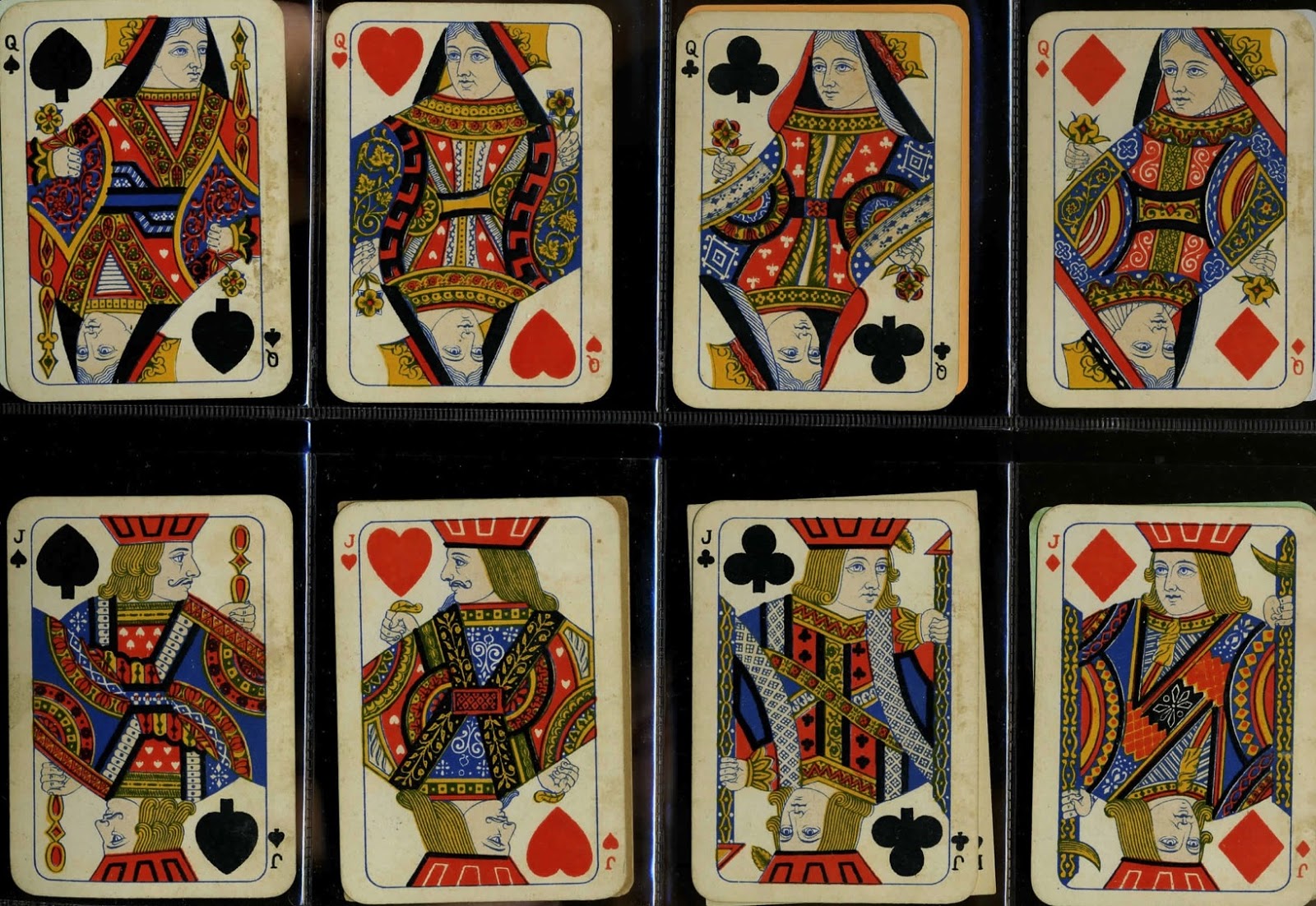 The other design was also used over quite a length of time from c.1900-1930s. In this one the JC is looking to the left (his right), which makes him look a bit furtive! 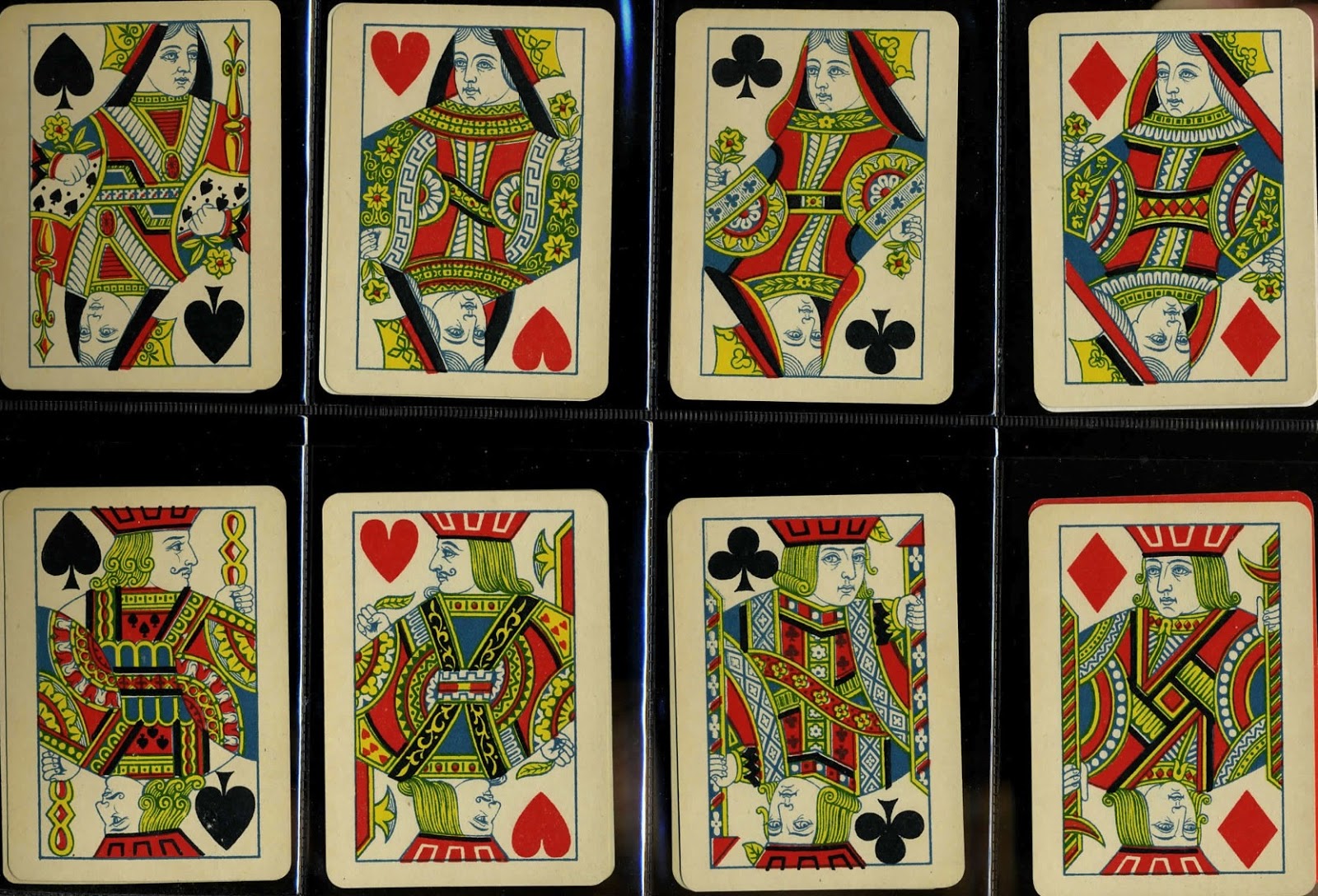 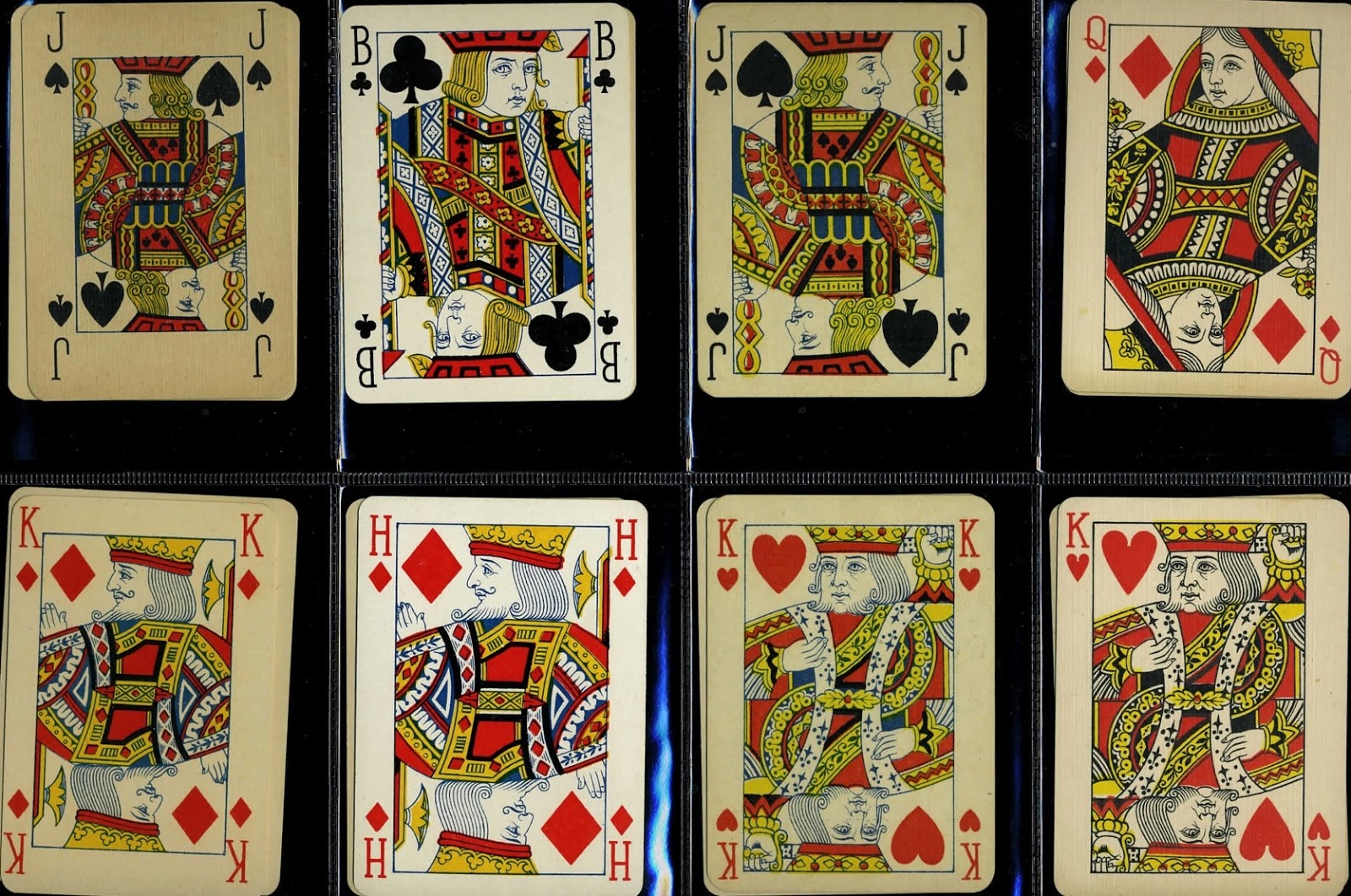 A variety of later versions, one with Dutch indices, one with a turned JS, c.1930

Mesmaekers, along with Van Genechten, went in for decorative back designs on the model of the English ones by various makers, although the printing quality was not so good. These examples are from a tatty sample book n my possession, some of which has been cut away, but it still gives an idea of what was on offer in the 1870s and 1880s. 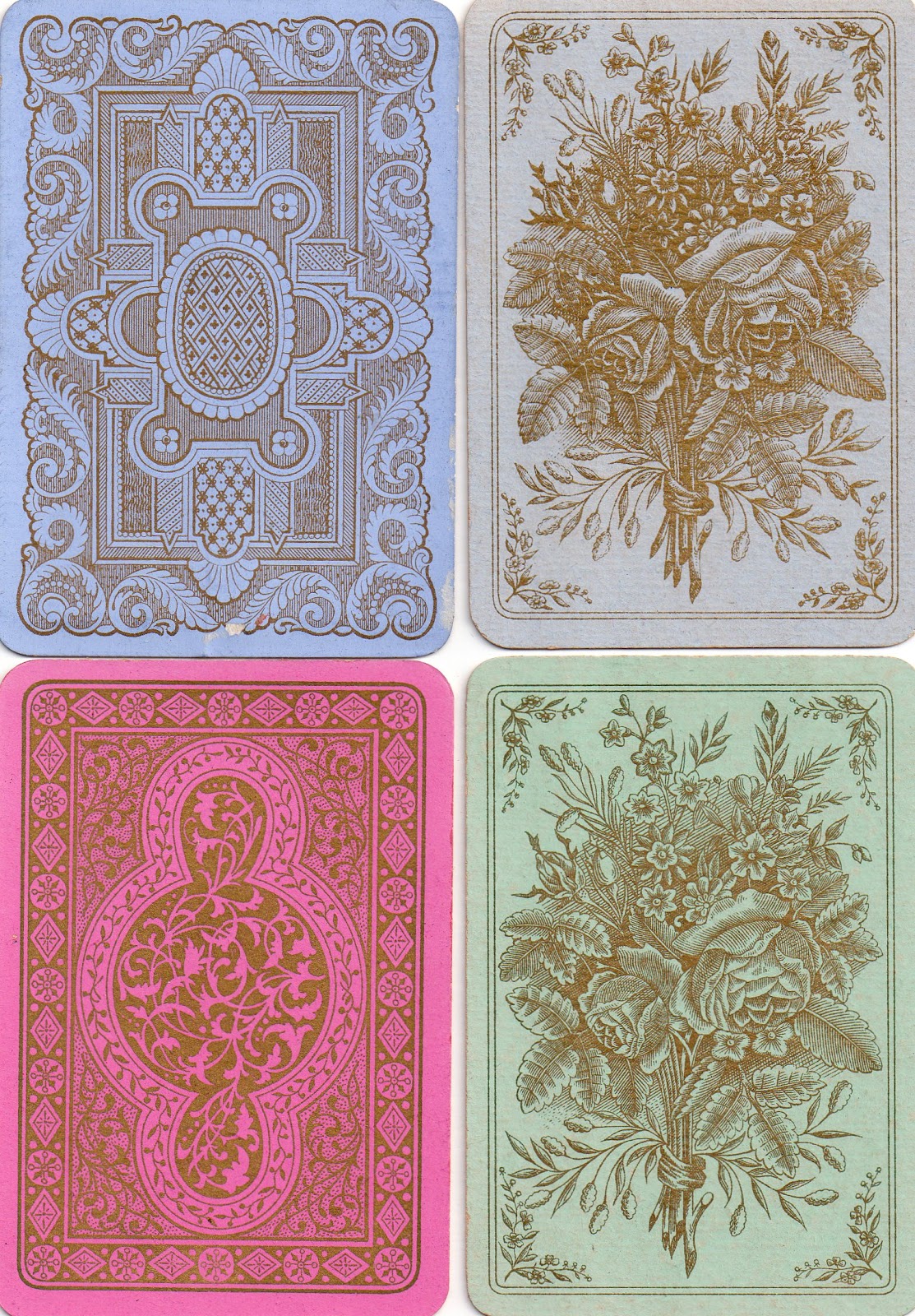 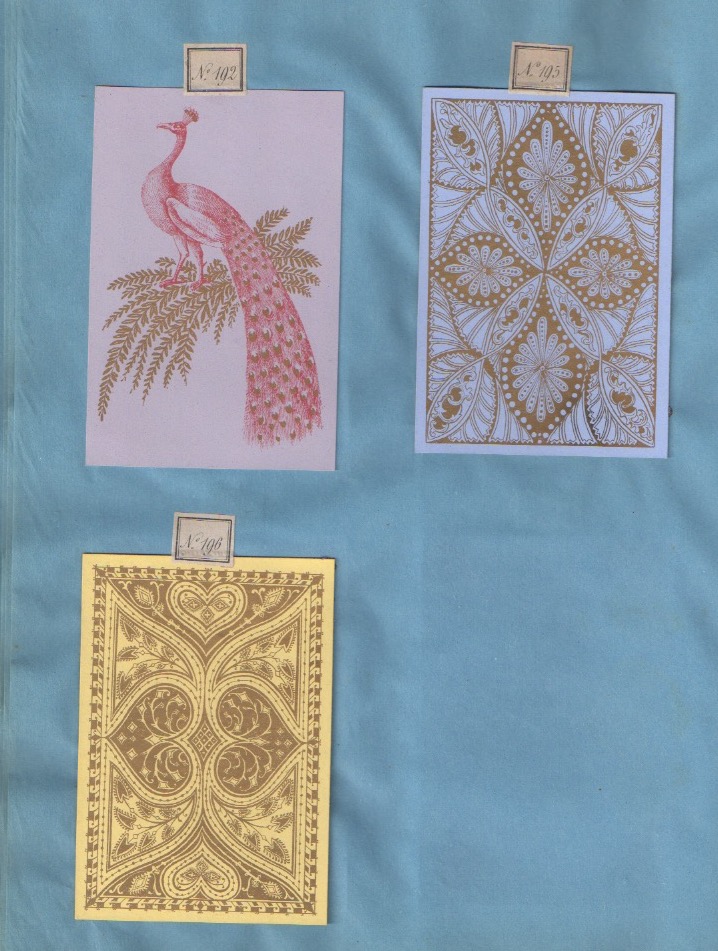 They offered toy cards, too. 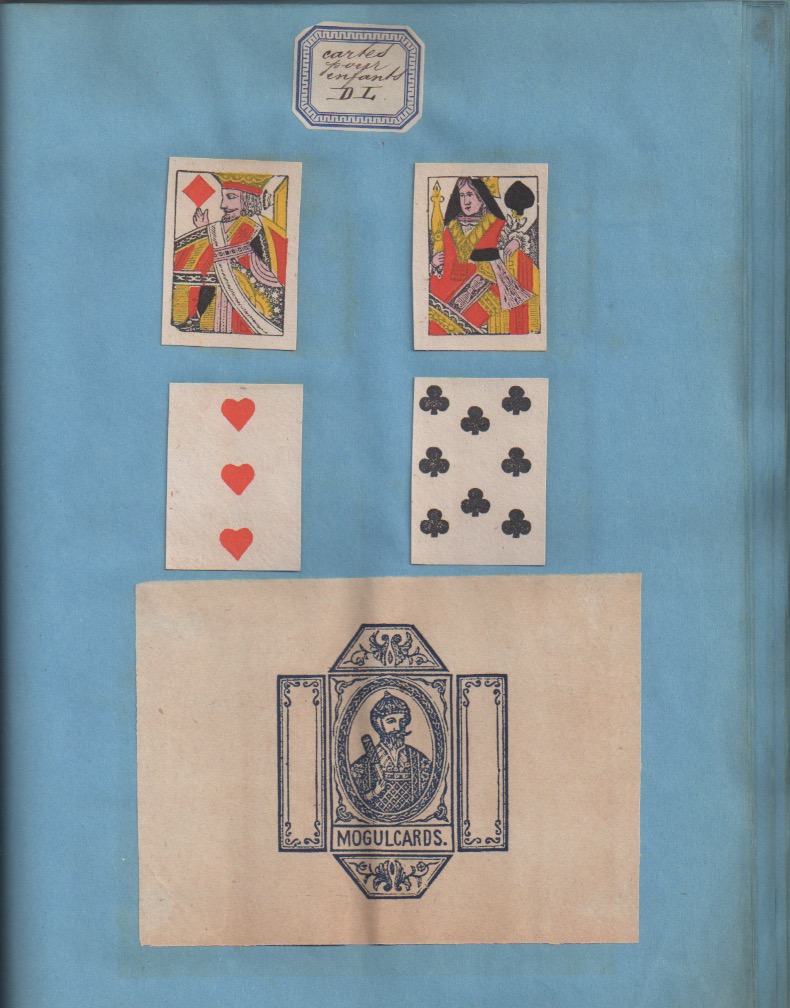 They also made some good quality wrappers. 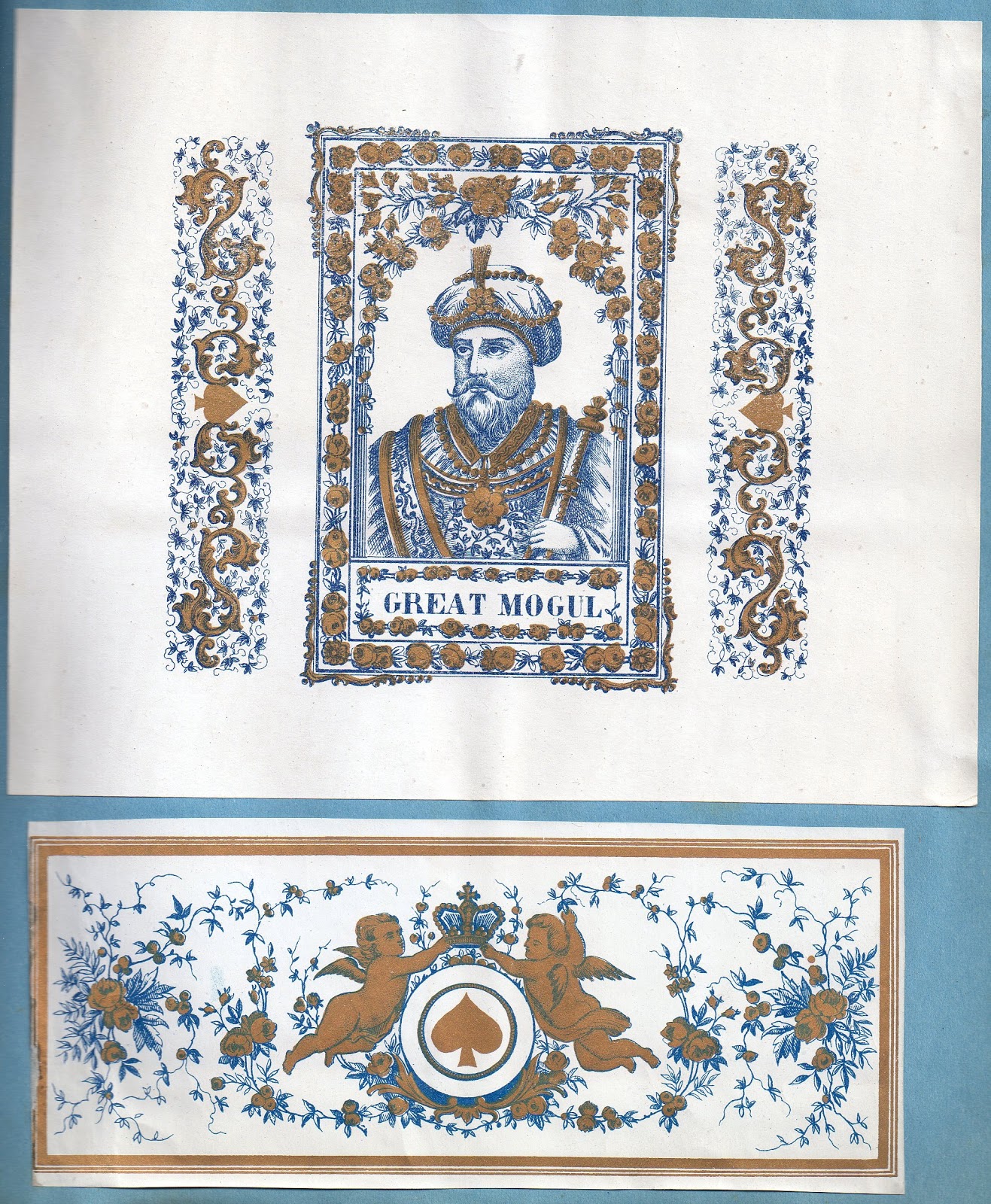 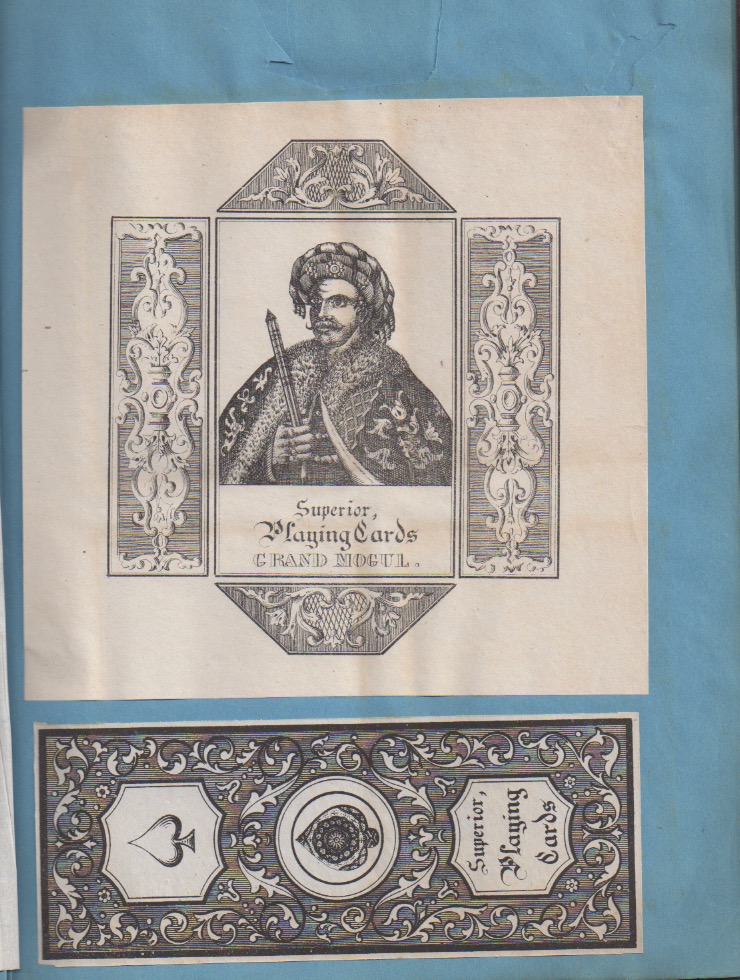 A non-standard pack from the 1930s was Royal Dynasty, which commemorated the establishment of the independent Belgian state (1830) with pictures of different generations of the royal family. 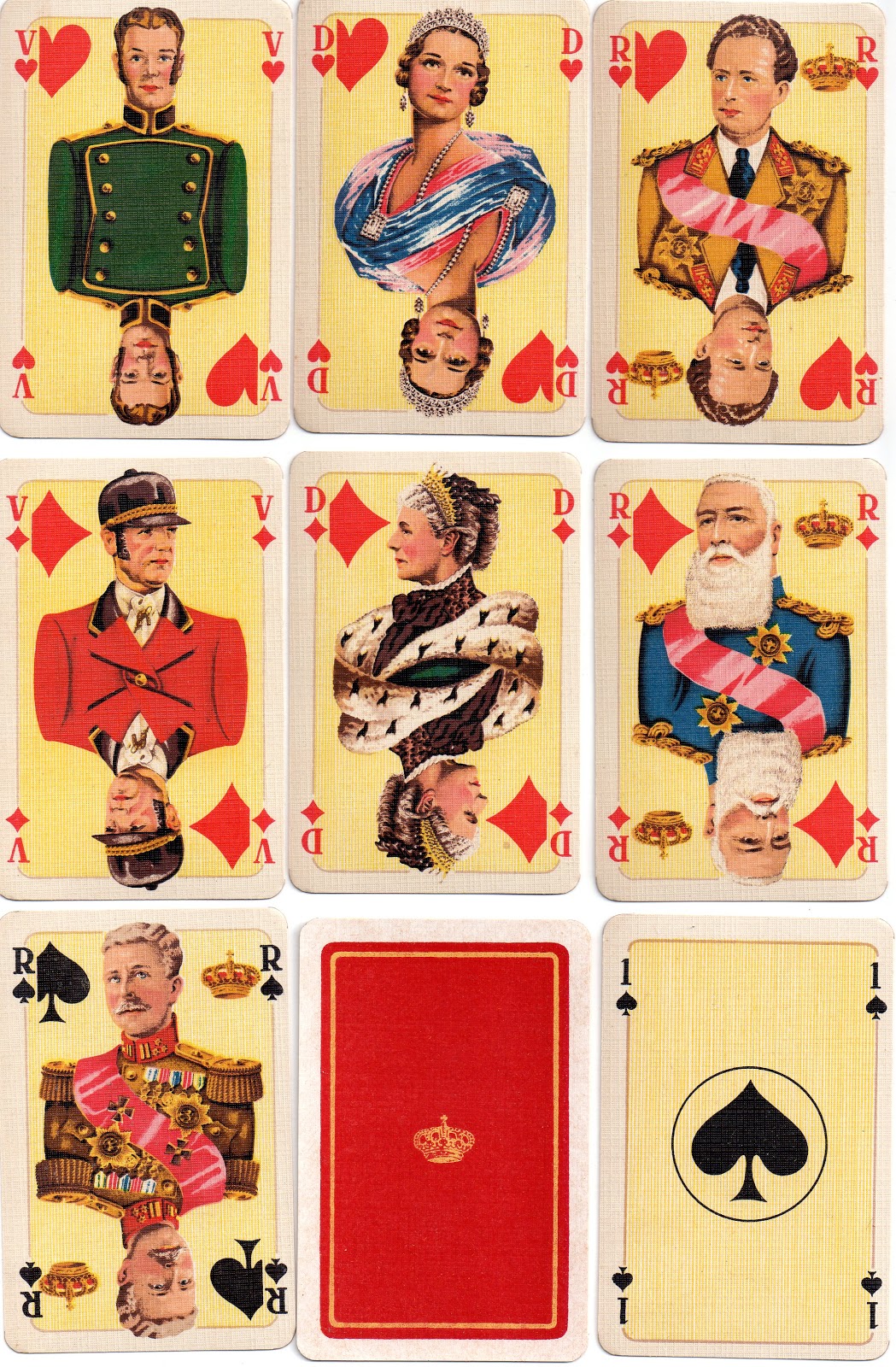