There is a very interesting collection of playing cards held at the Strangers’ Hall Museum in Norwich. Paul Bostock and I have written an article about the collection, which appeared in a recent issue of The Playing Card (41/4). Since there wasn't enough room to illustrate all the packs in the journal, I'll put up a number of further scans of items from the collection. All the catalogue numbers are prefixed with NWHCM. 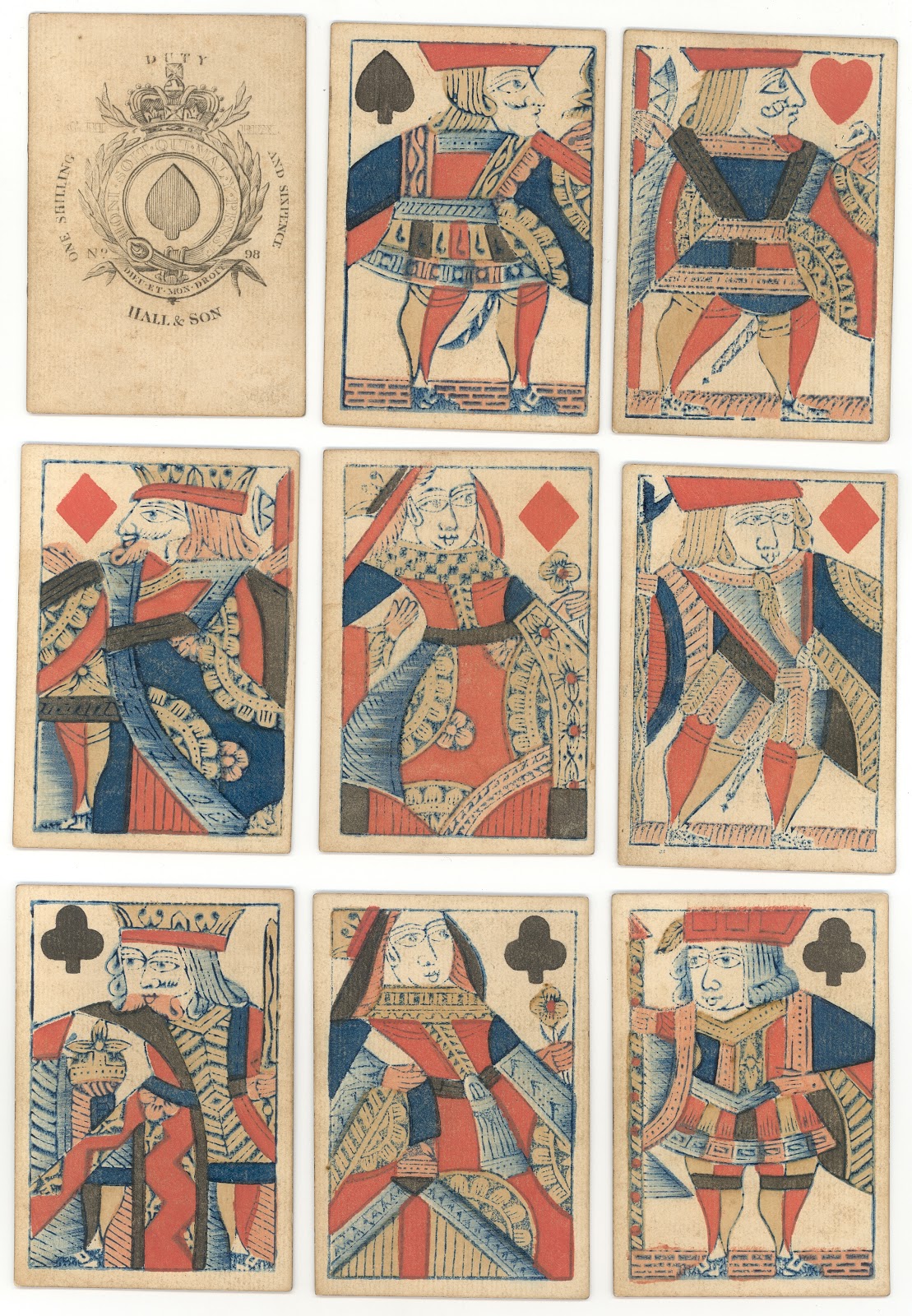 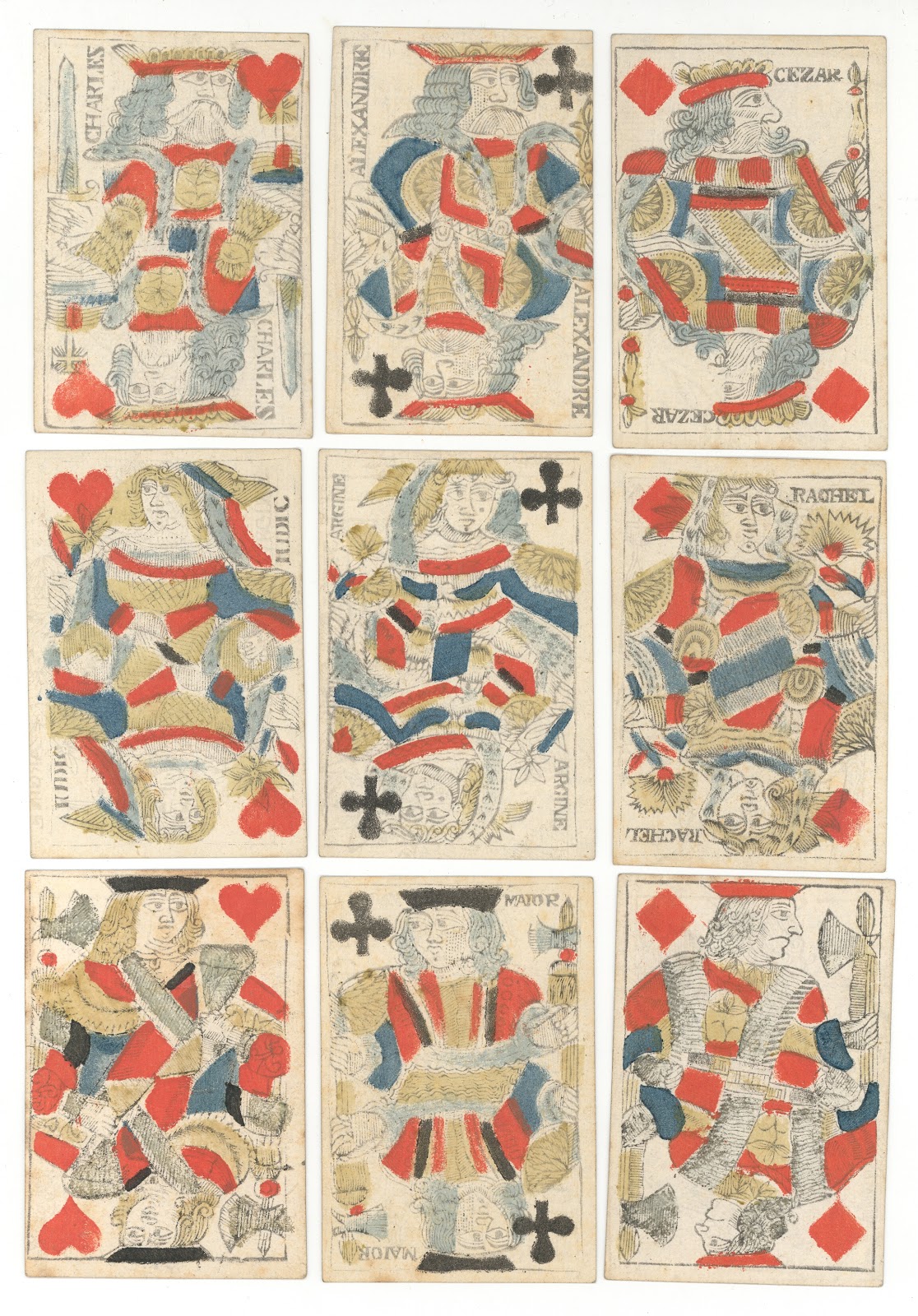 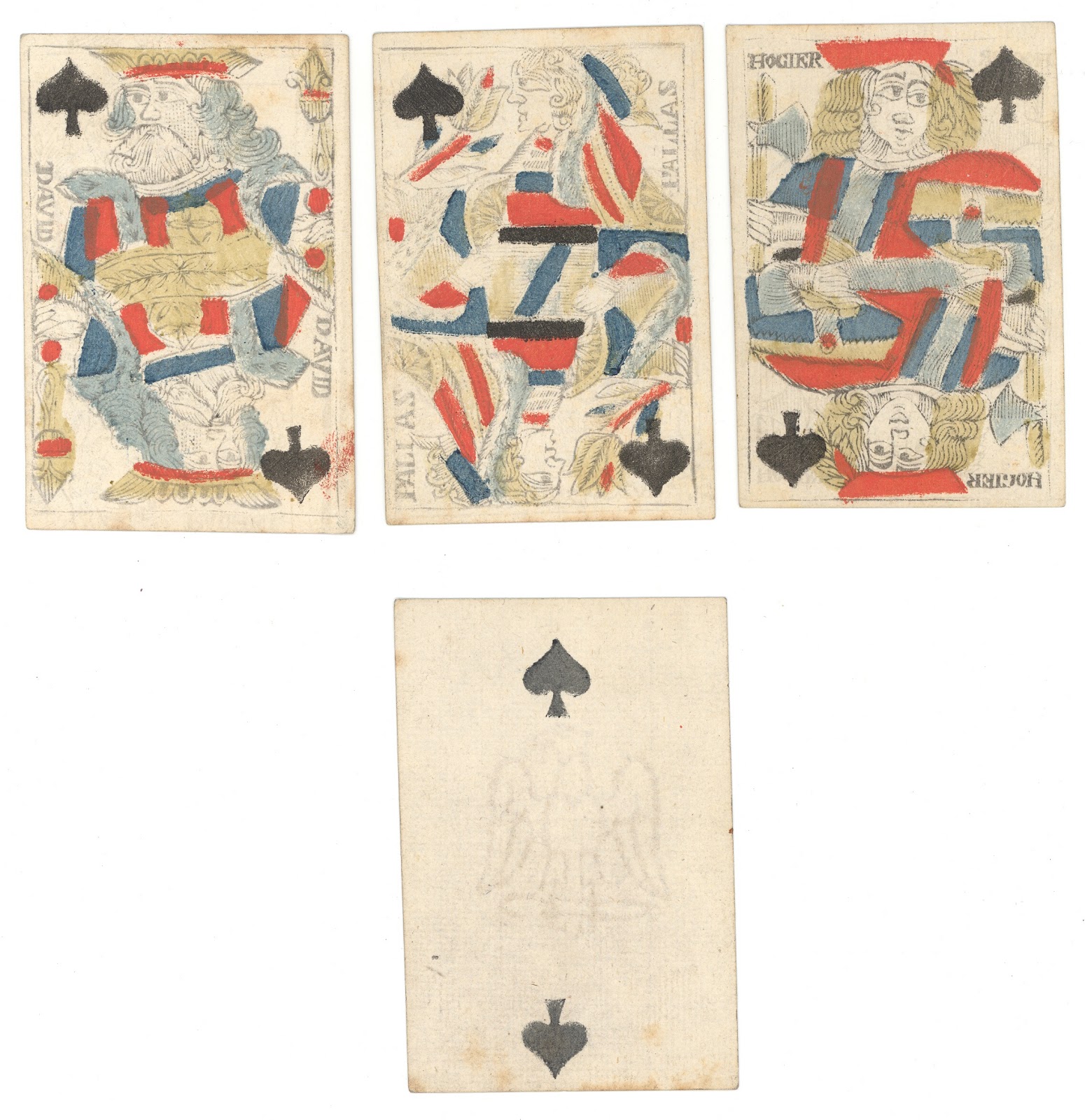 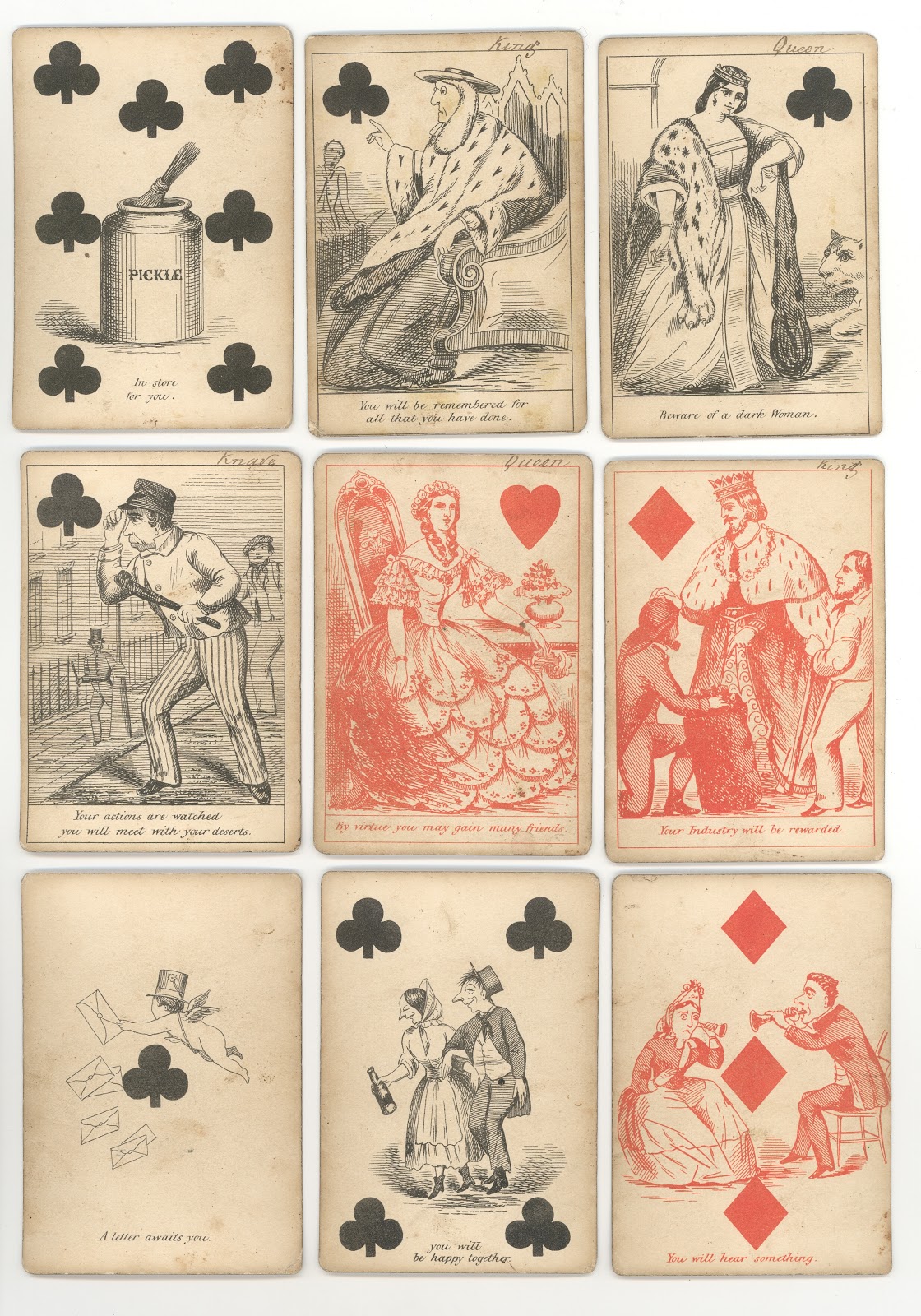 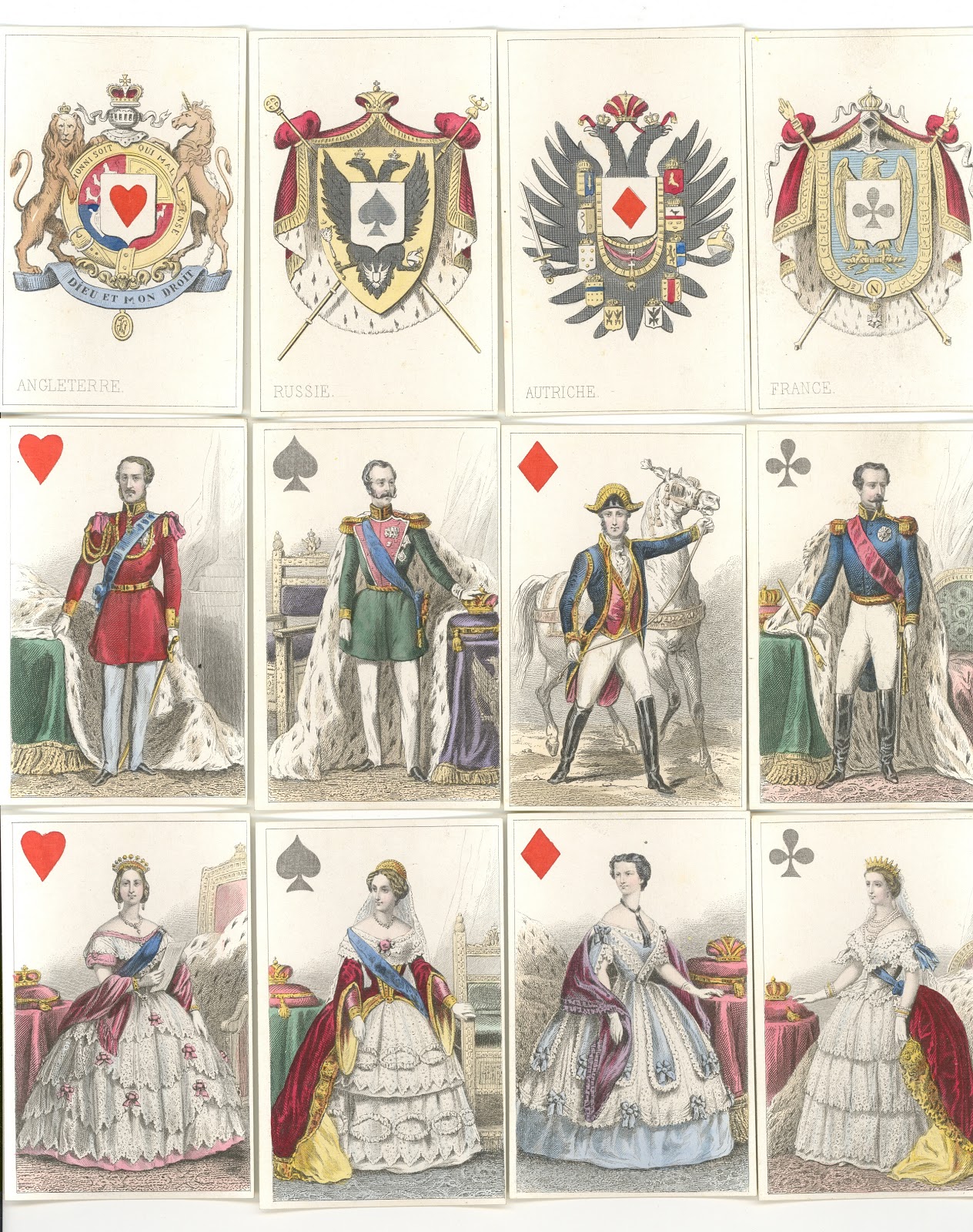 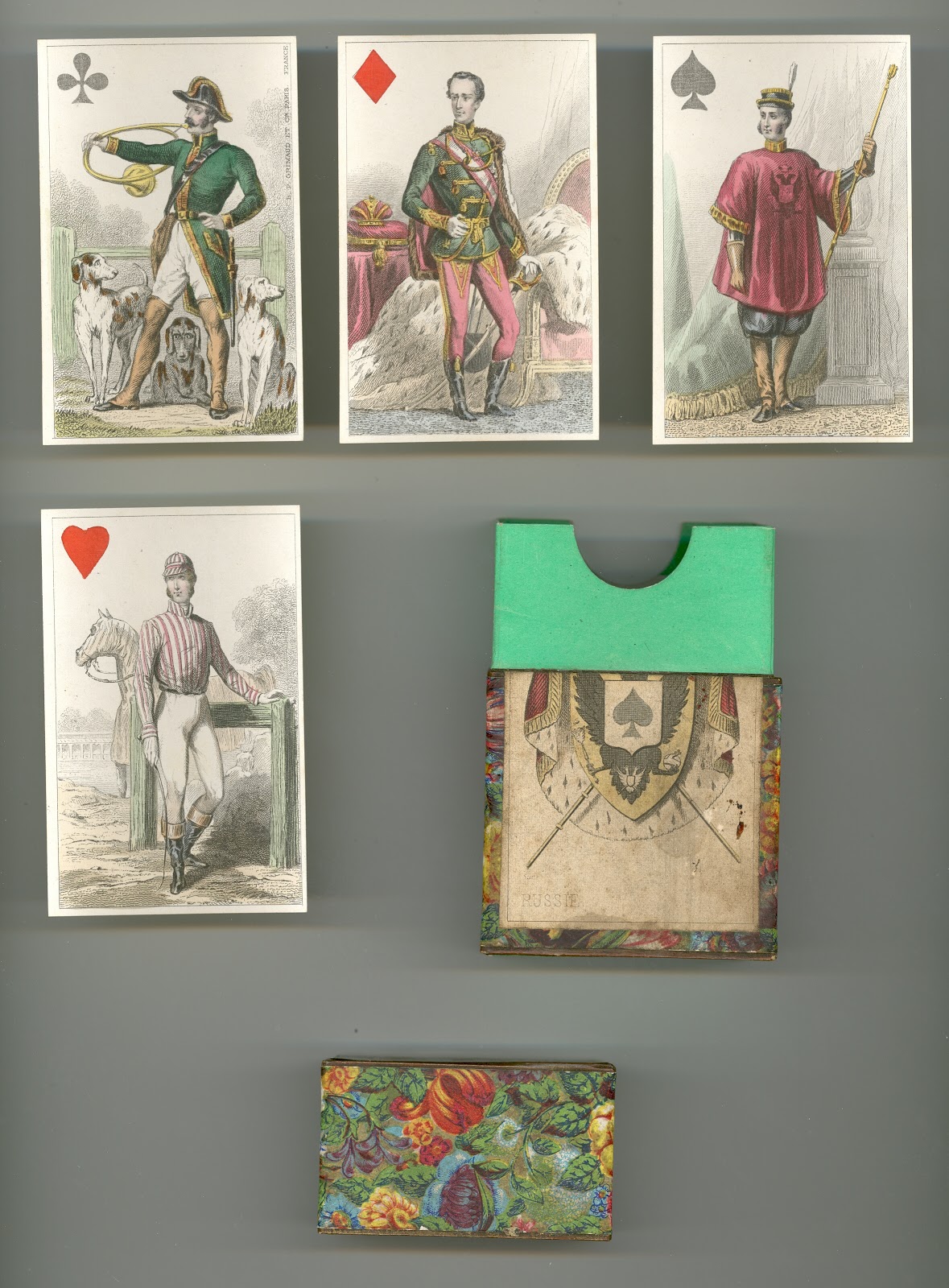 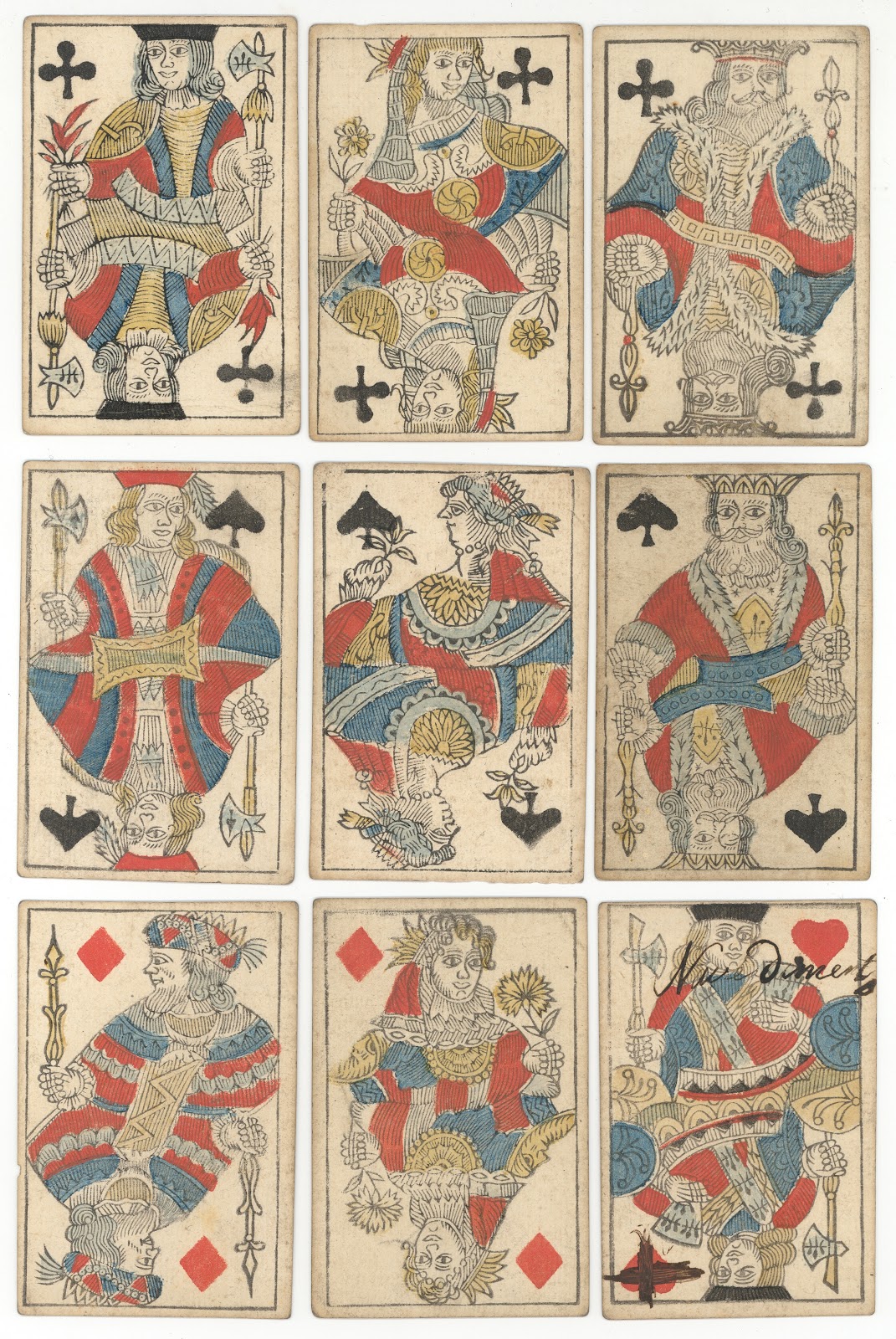 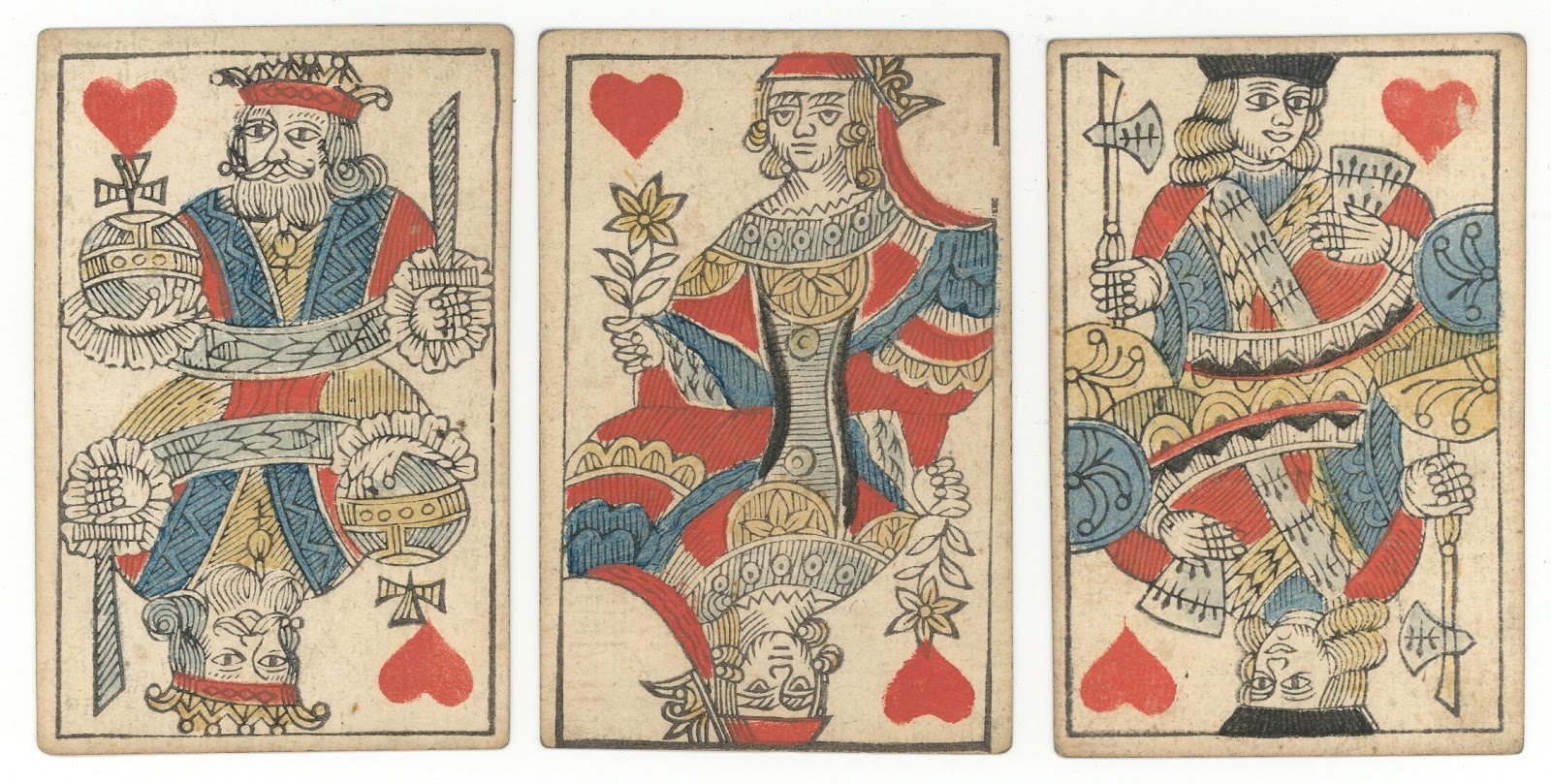 Above: 1967.762.2 Probably German. Derived from the earlier Paris pattern; note that the JD is made from a duplicate JH. The writing says: Nave diments! 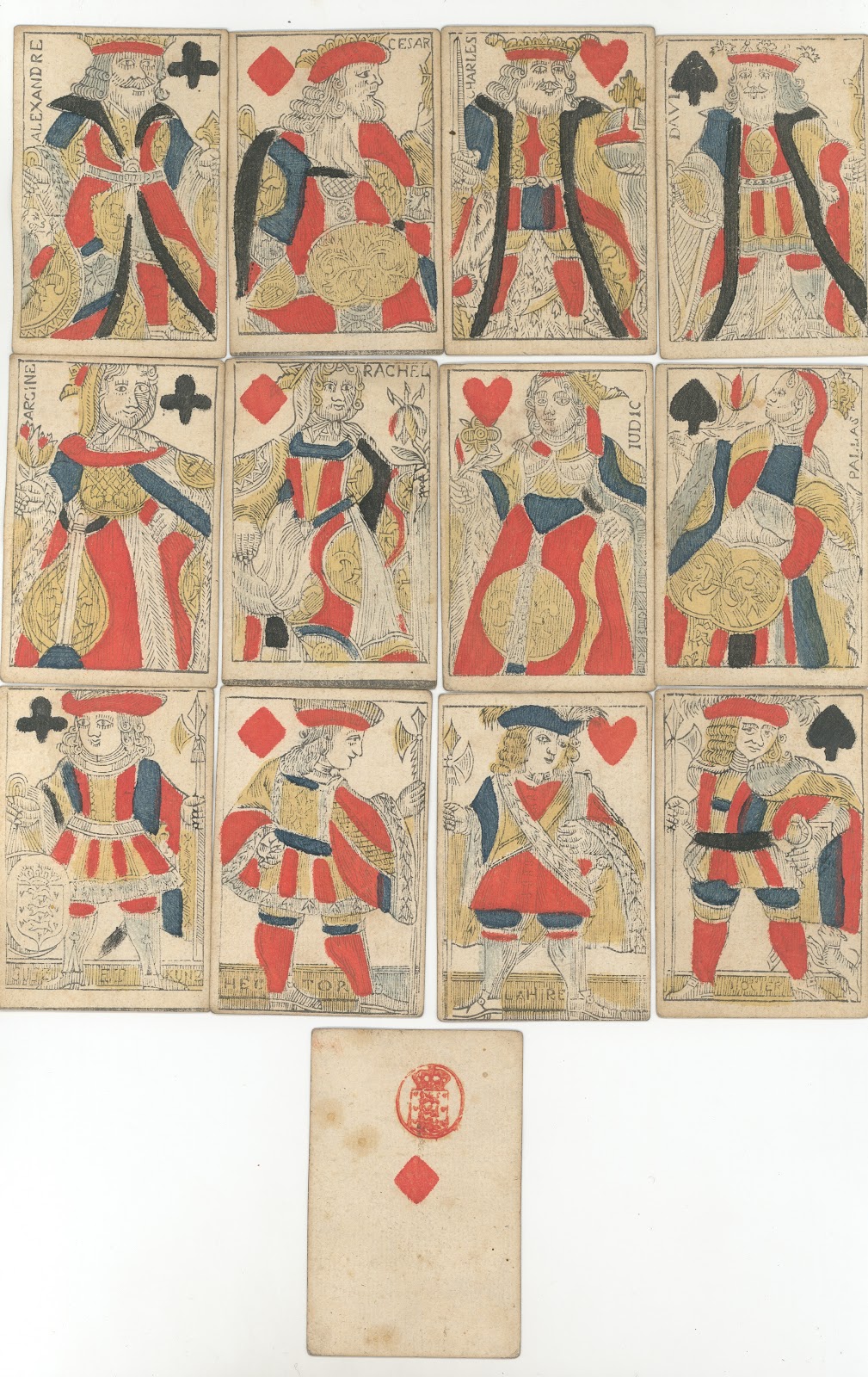 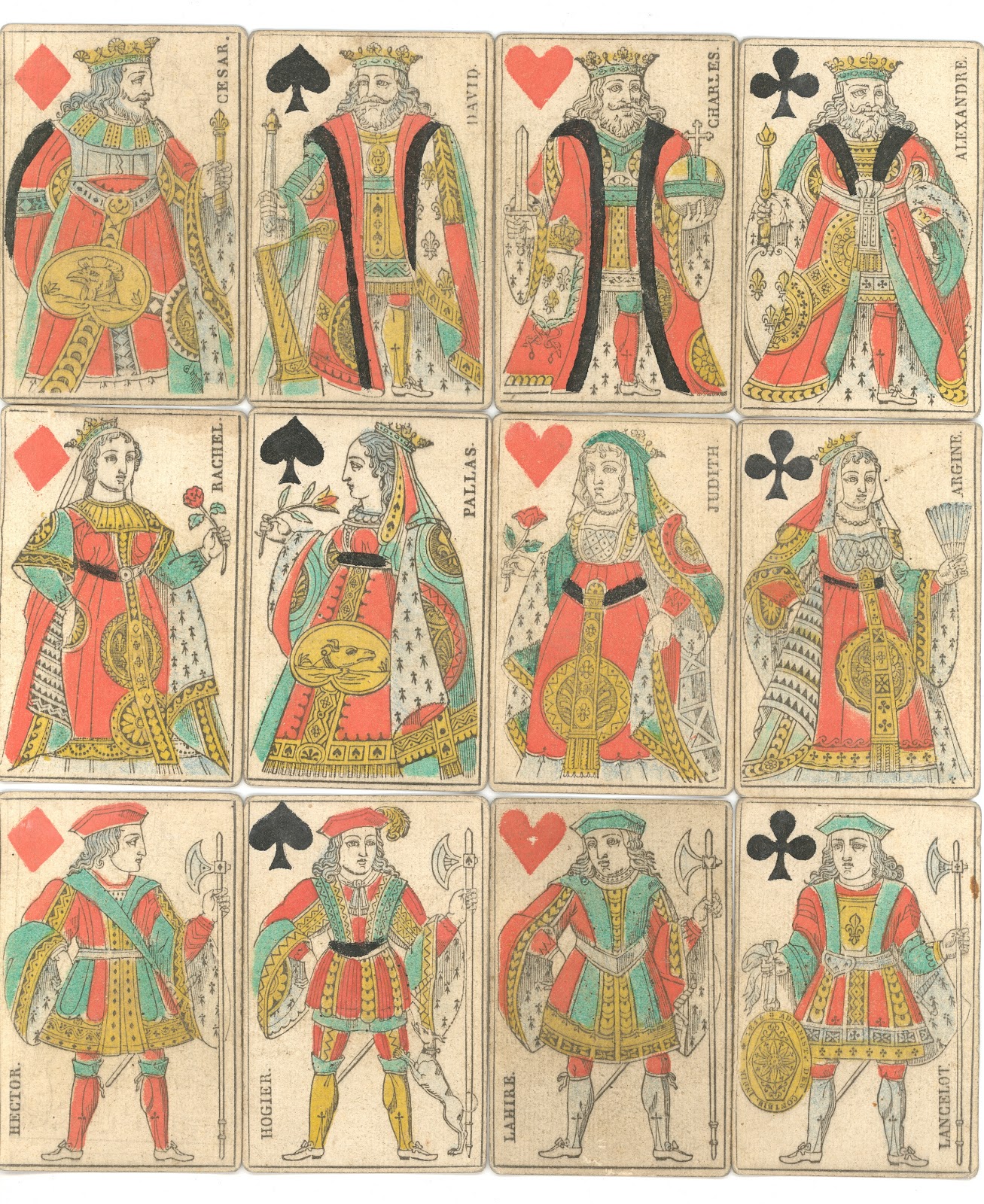 Above: One of a number of Gatteaux designs, this one with pale turquoise rather than blue 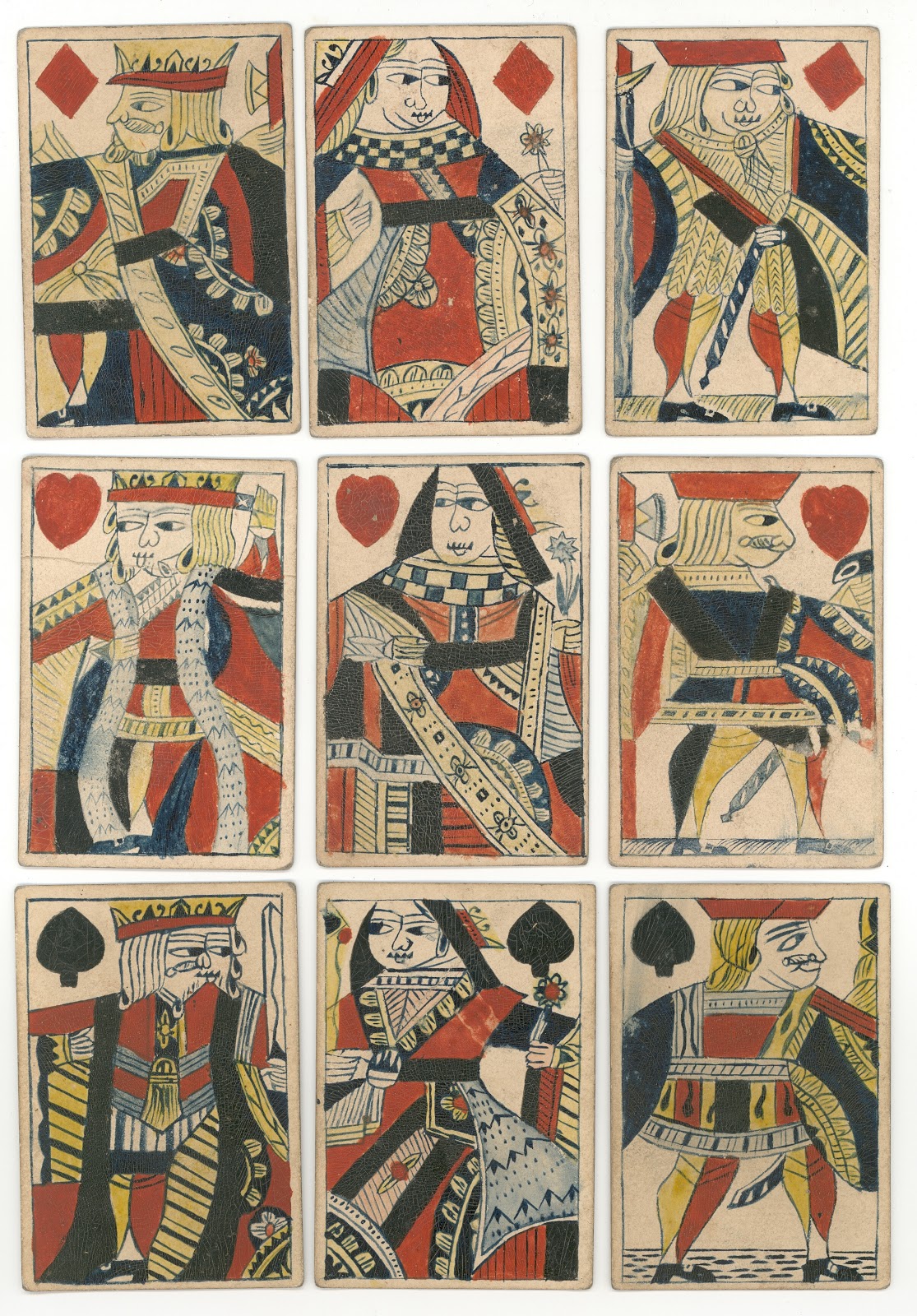 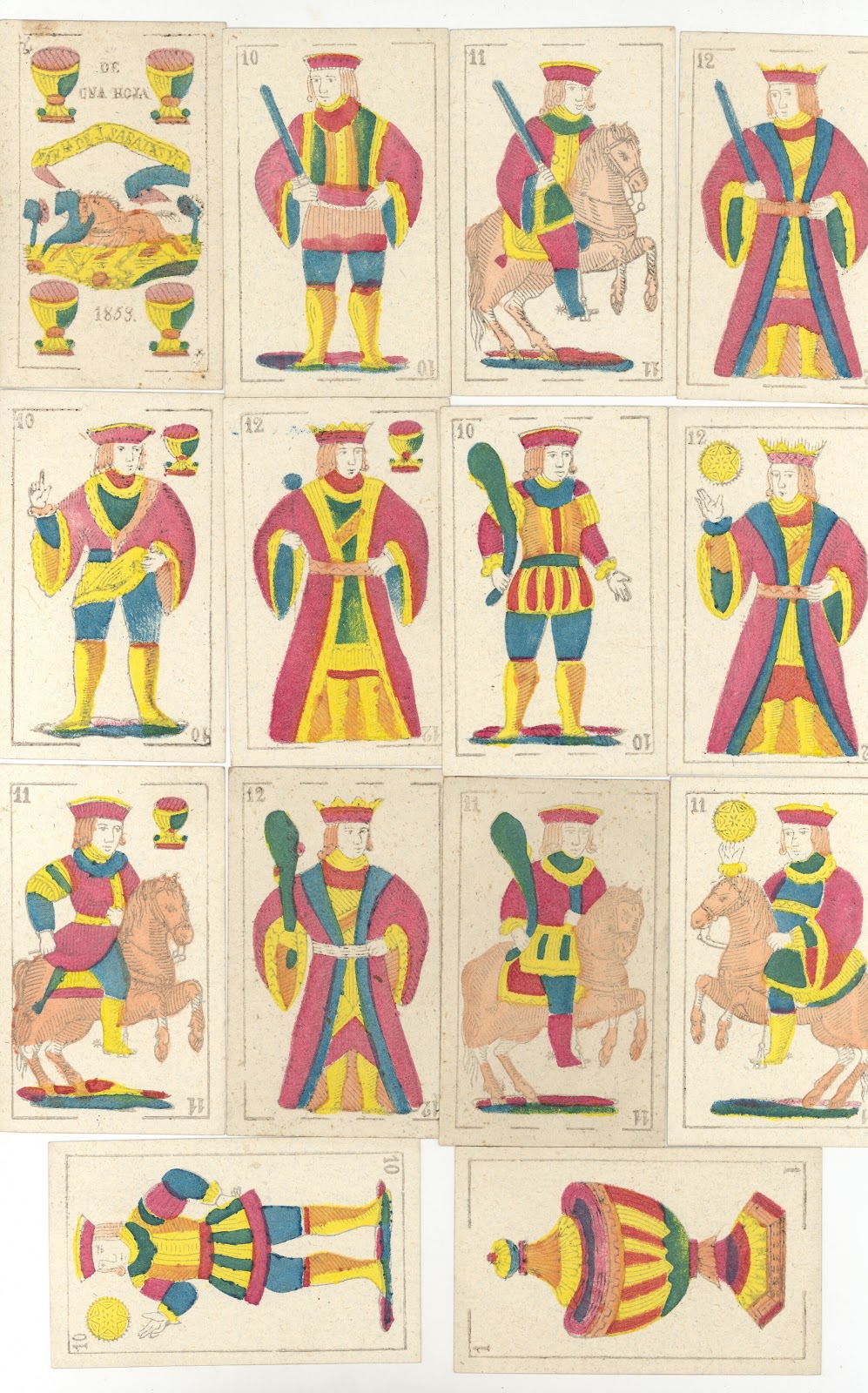 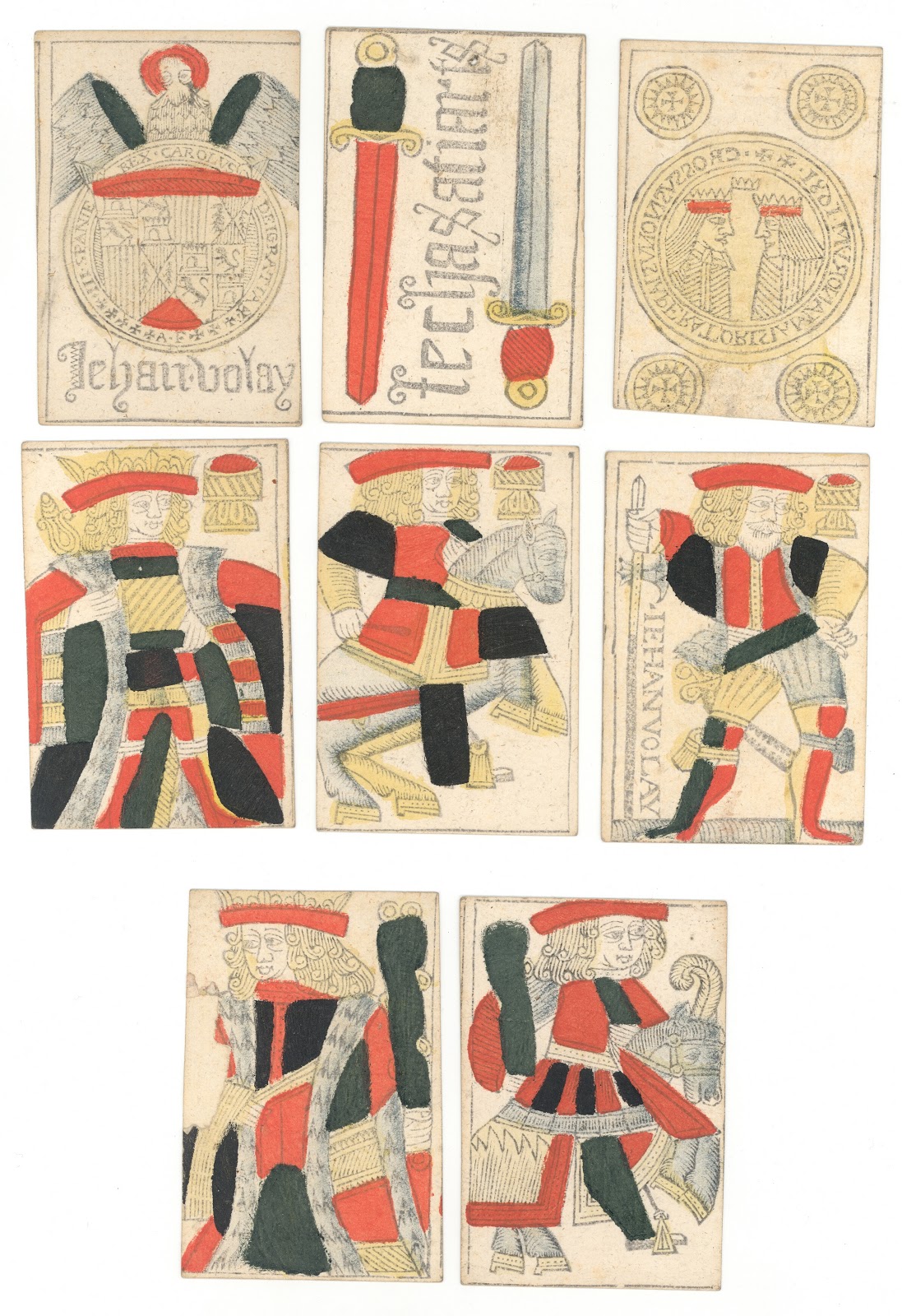 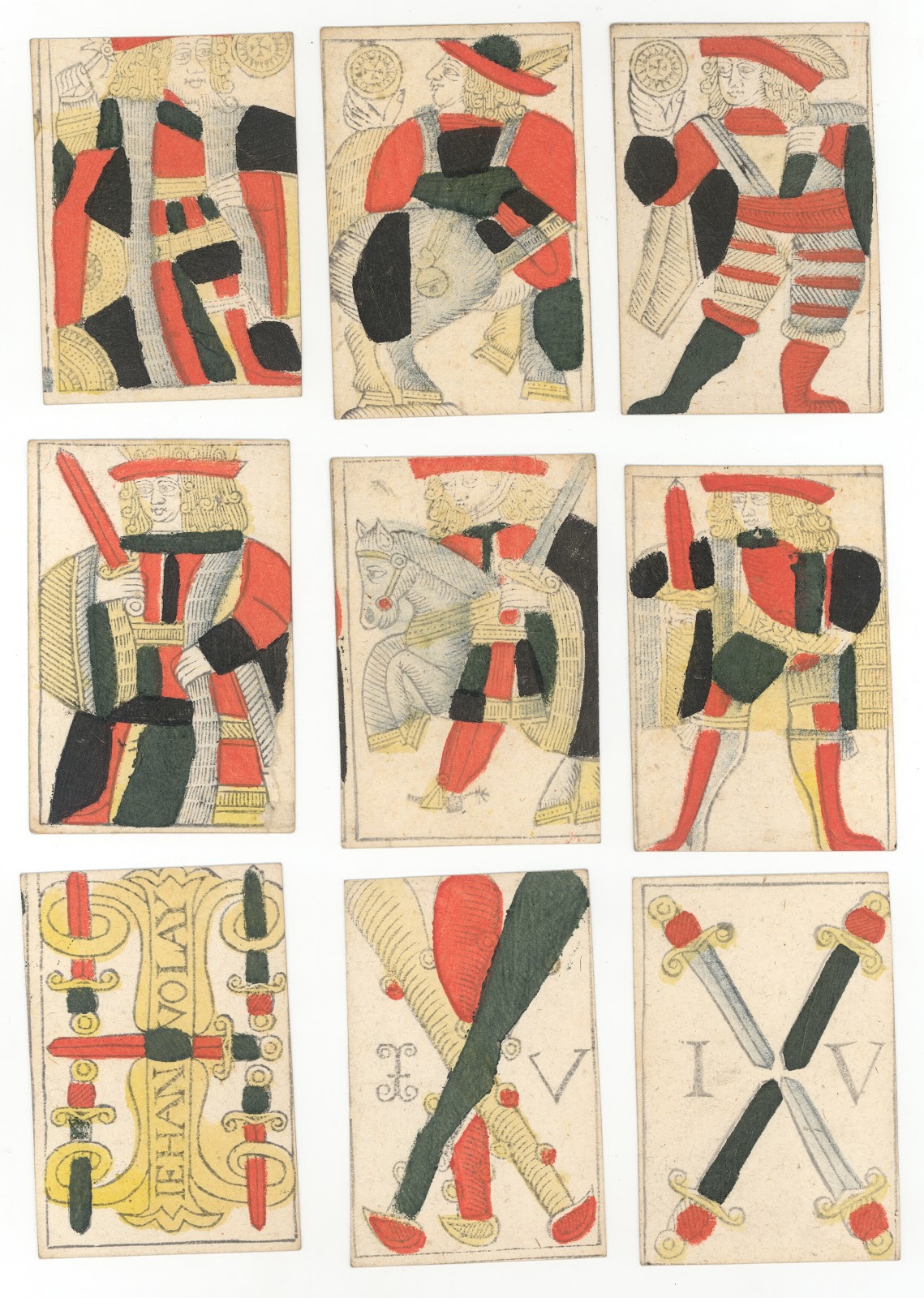 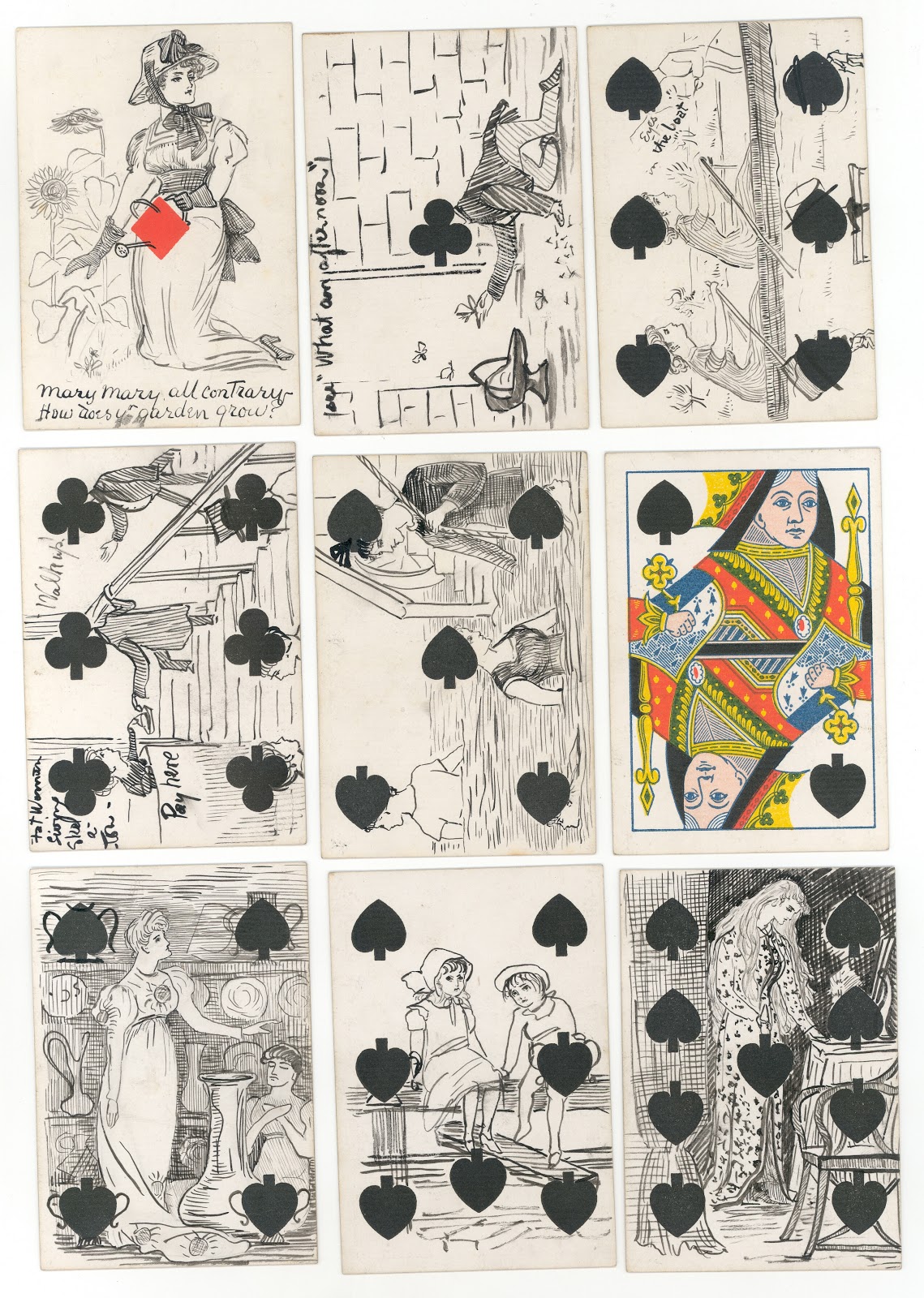 Above: 1968.979 Hand-made transformation pack, c.1875, using De La Rue standard. Said to have been drawn by Minna Watson, a member of the Bolingbroke family, who at one time owned Strangers’ Hall. 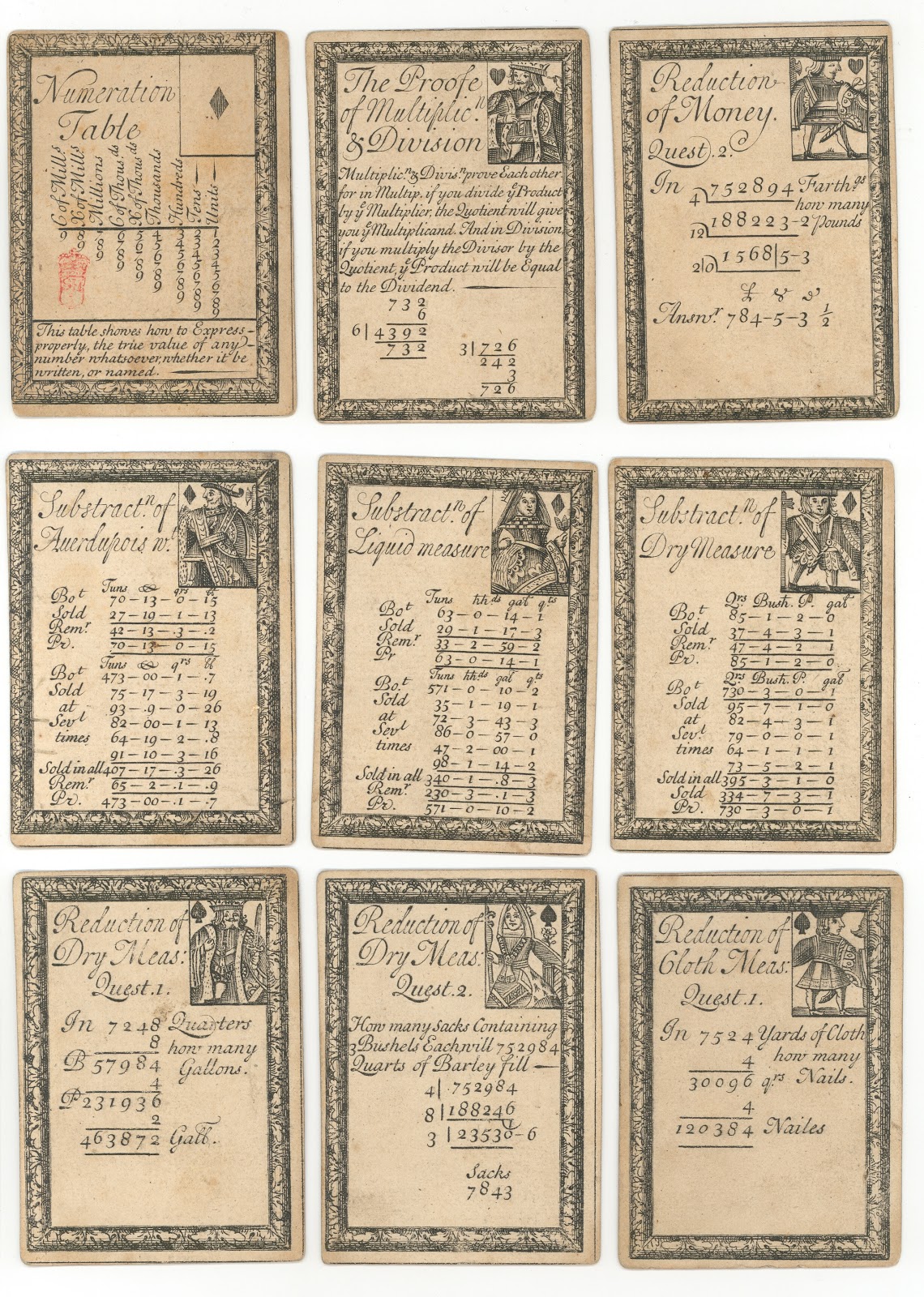 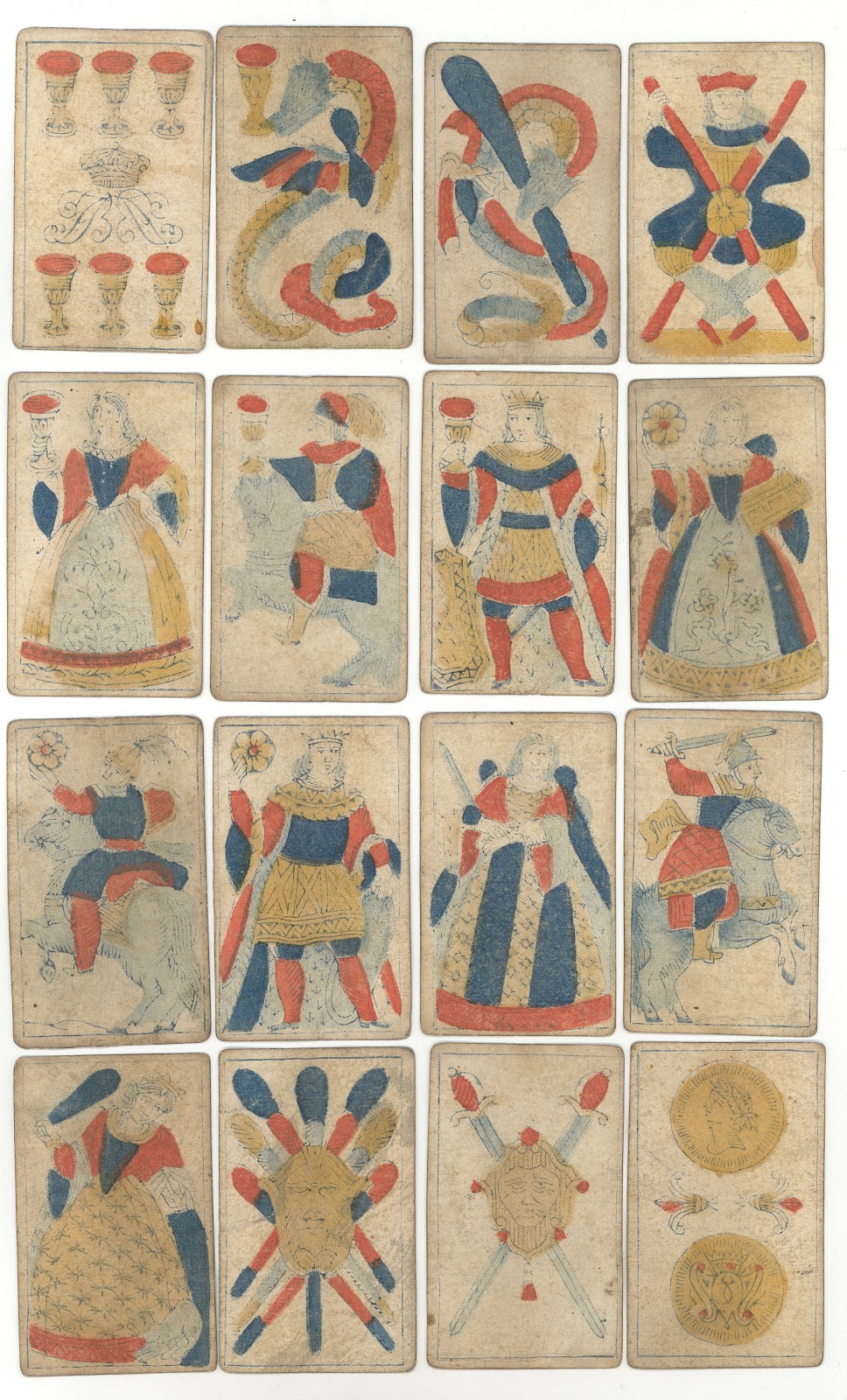 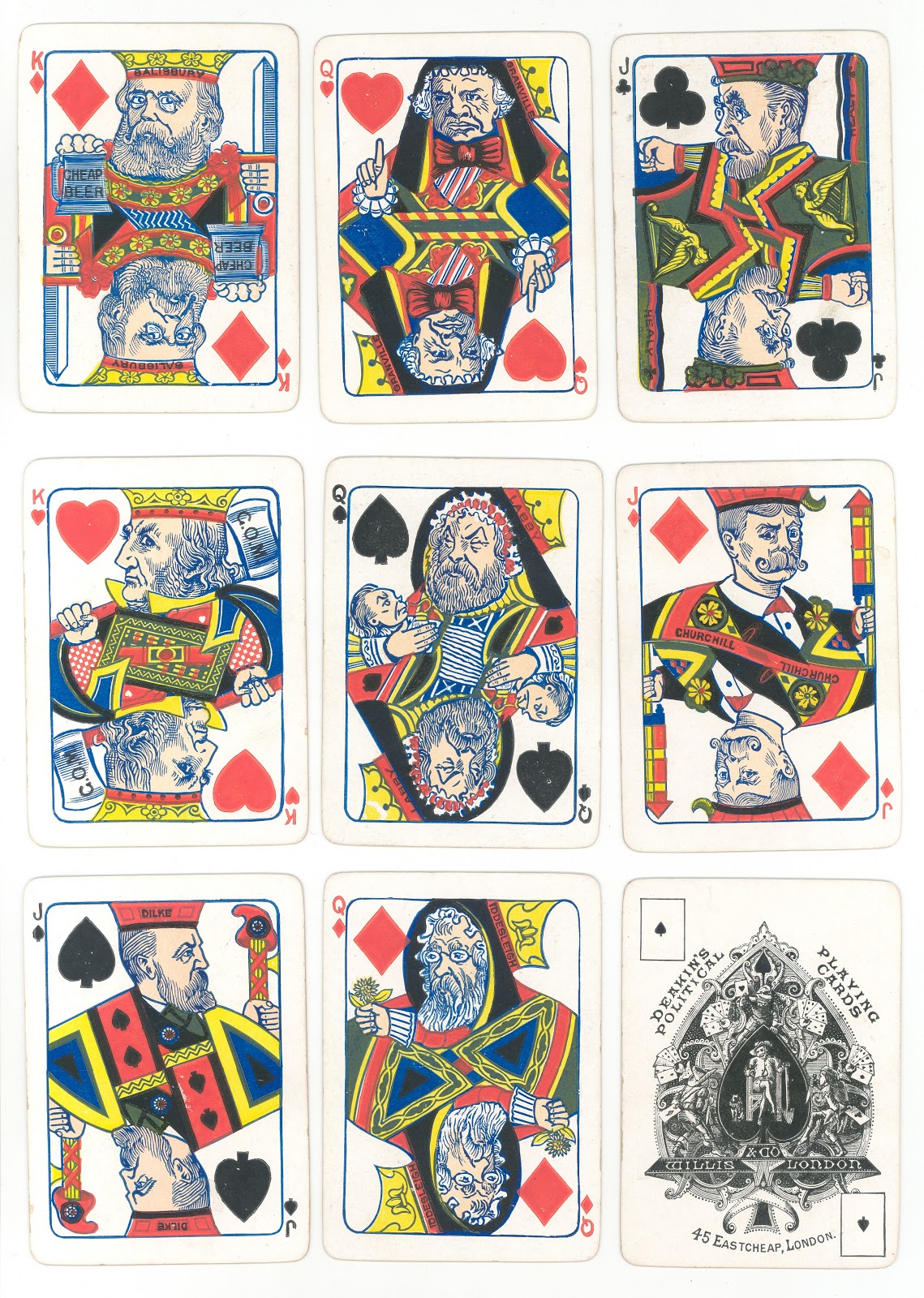 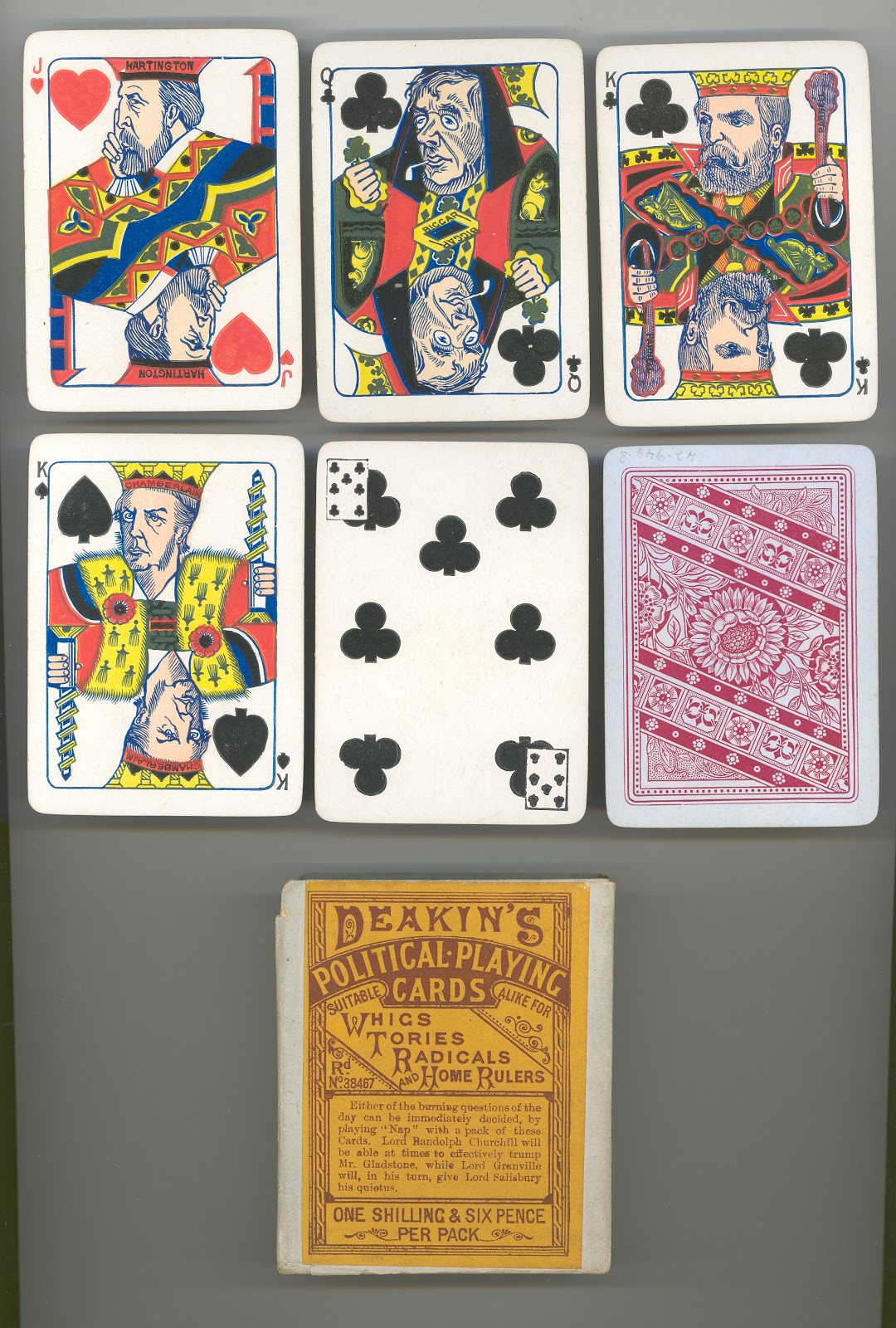 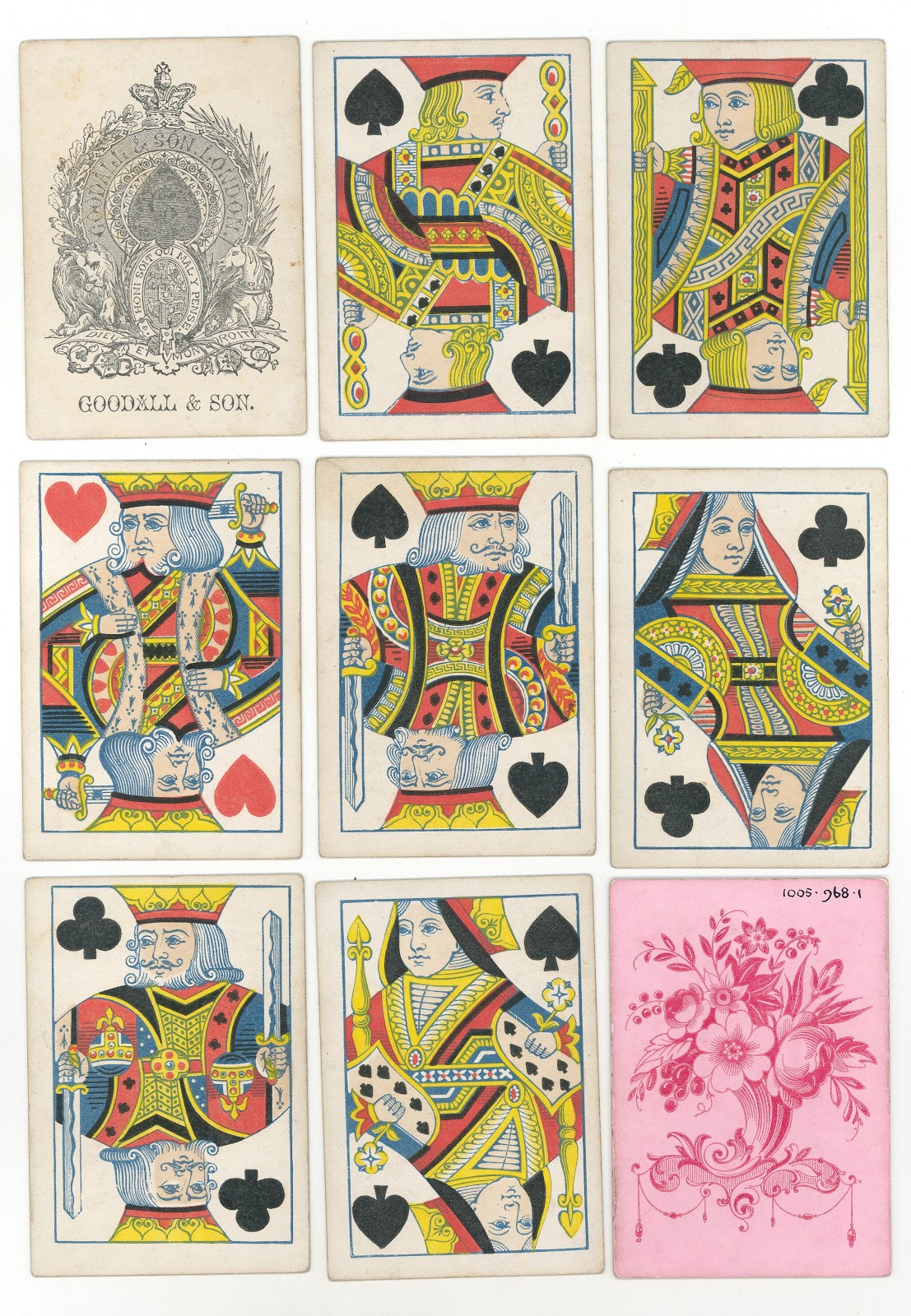 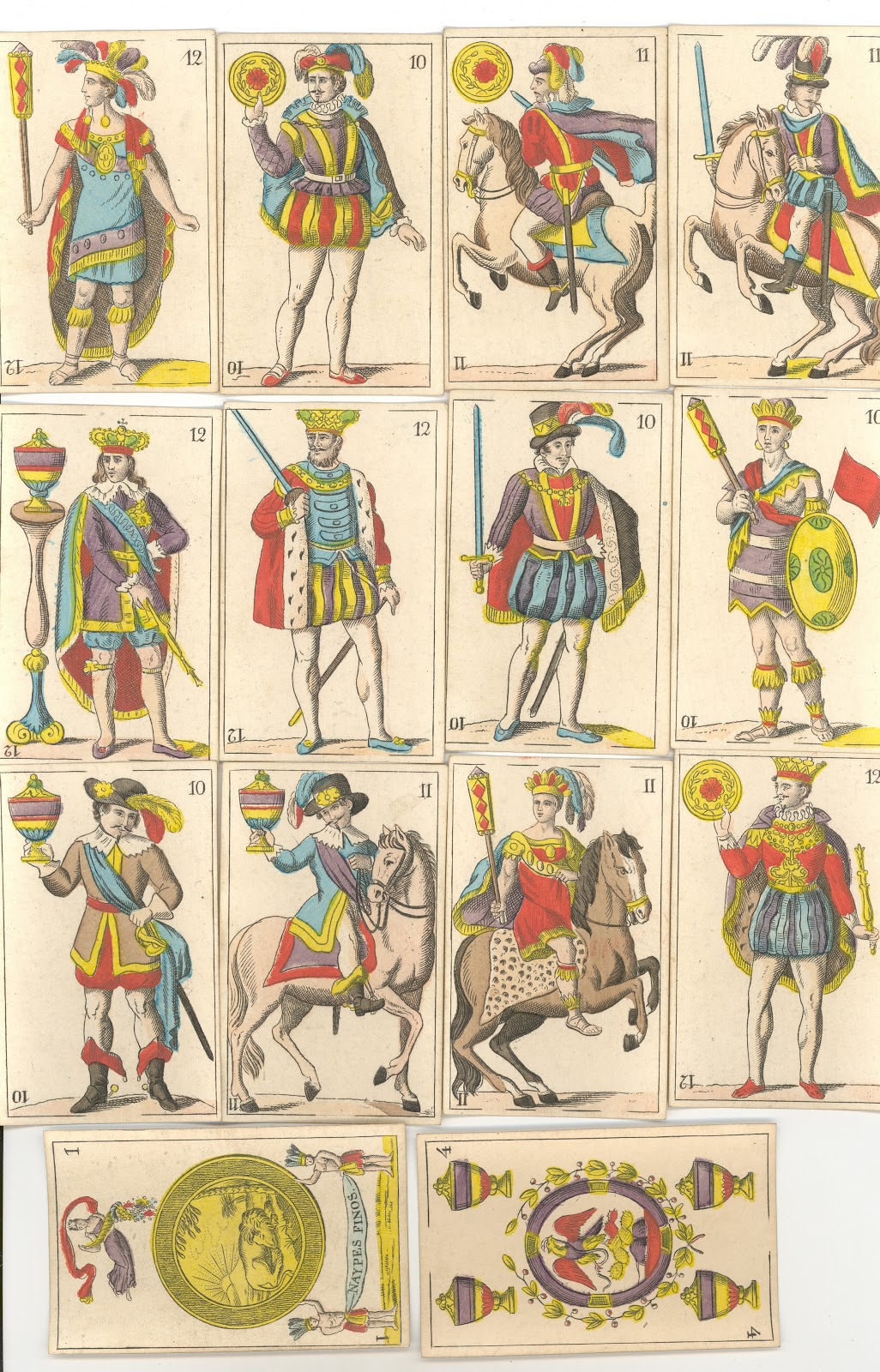