Ferdinand Piatnik & Sons of Vienna have used a number of different models for their standard English pattern cards. For a full list of my Piatnik cards, click here►

The earliest I know of are based on the courts of the New York Consolidated Card Co. from c.1910.

These courts were still in use (with redrawn plates) in the 1950s in their oversize Kaffeehaus Whist packs.

Between the two world wars they also used the United States PCCo unturned courts that USPCC used in their wide Congress cards. After WWII a turned version was used and it is still in use today. The
lower pack was bought in 2014. 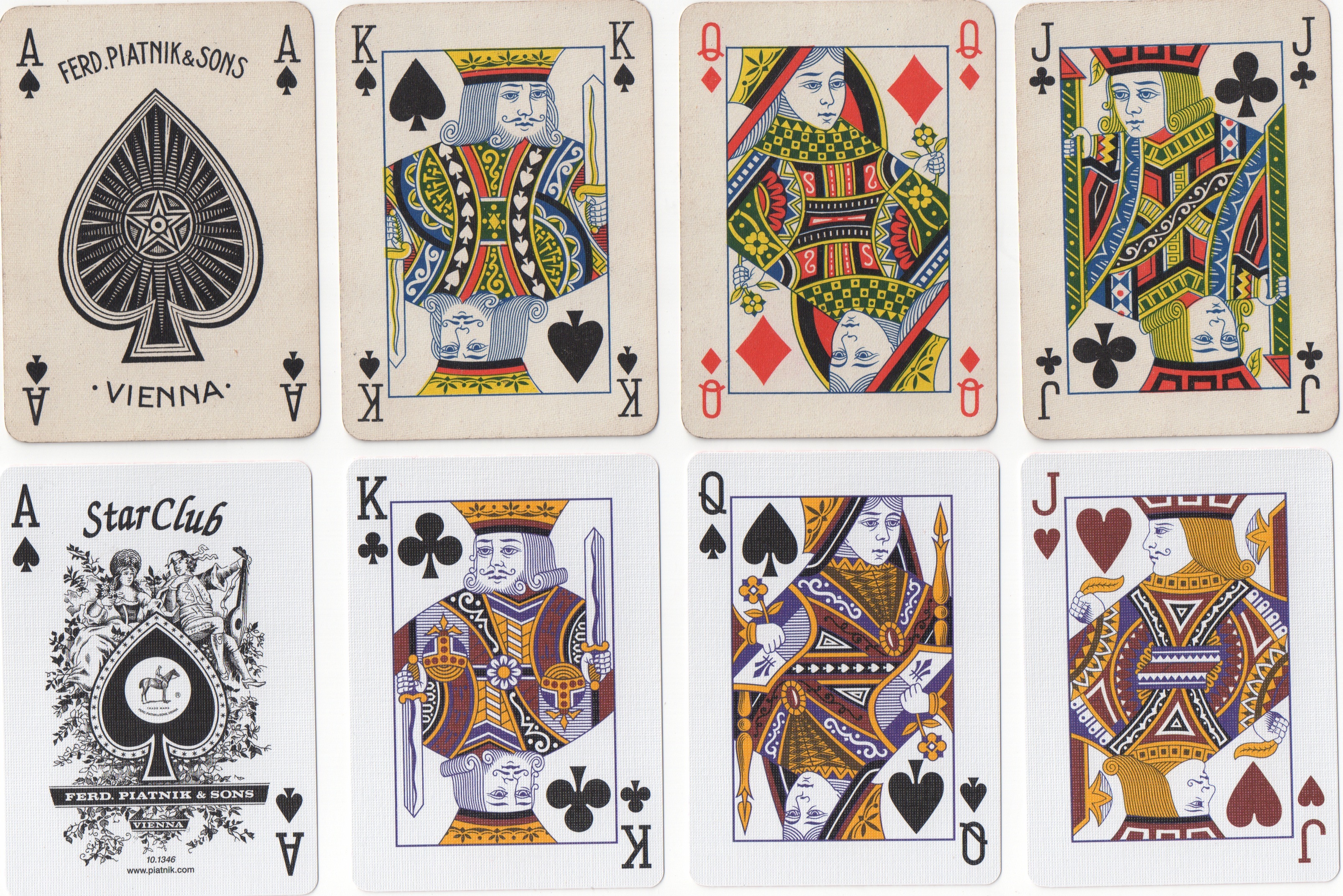 At the same time the De La Rue versions of Goodall courts, both wide and bridge size, were used as models. These are from the 1930s. 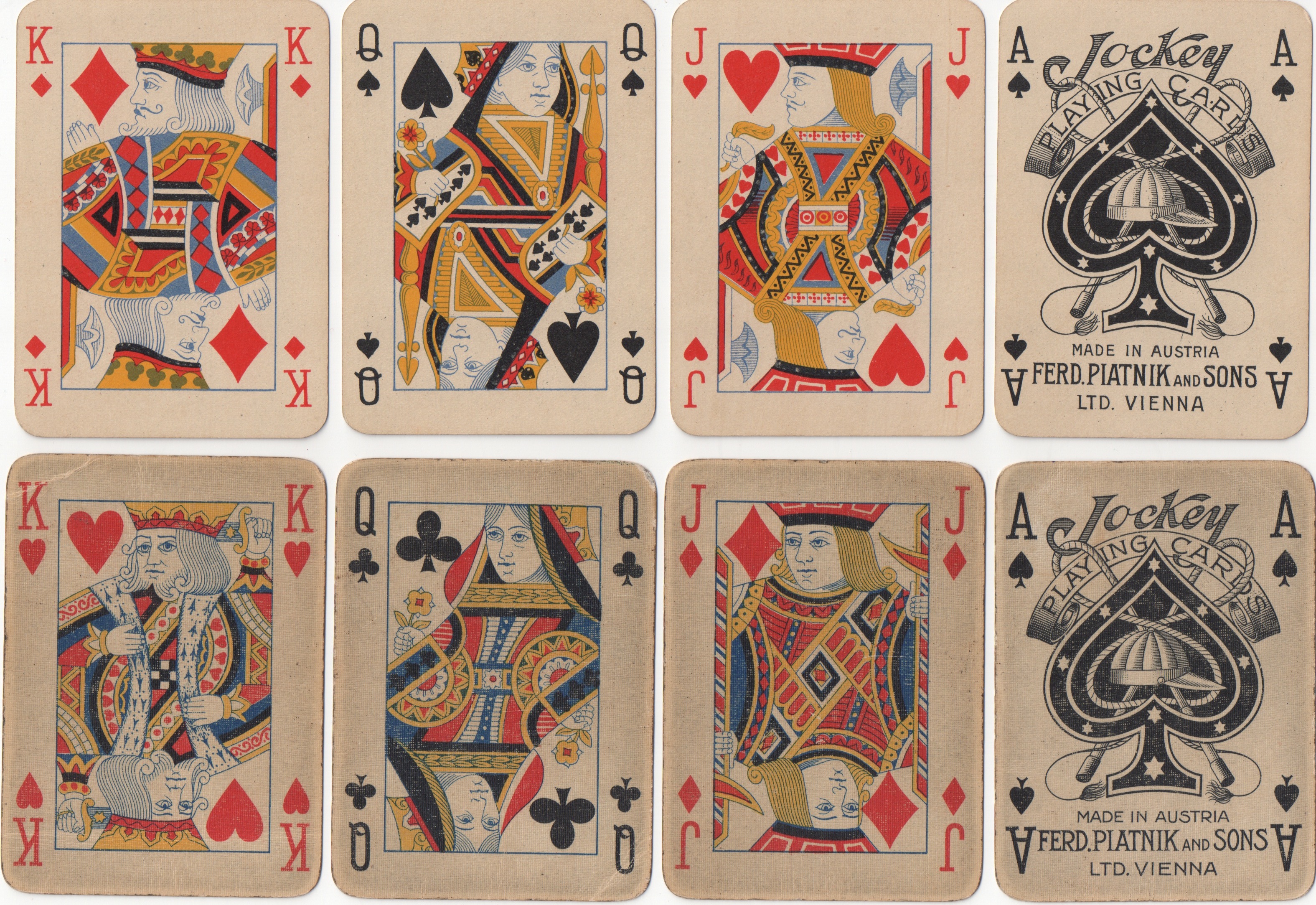 In 1898 the Austrian firm bought the Prague firm of Ritter & Cie, whose courts were later used by the Czech successor firm, Obchodni Tiskarny. Here are cards and the box from a late Piatnik edition of Casino 240 from c.1946. 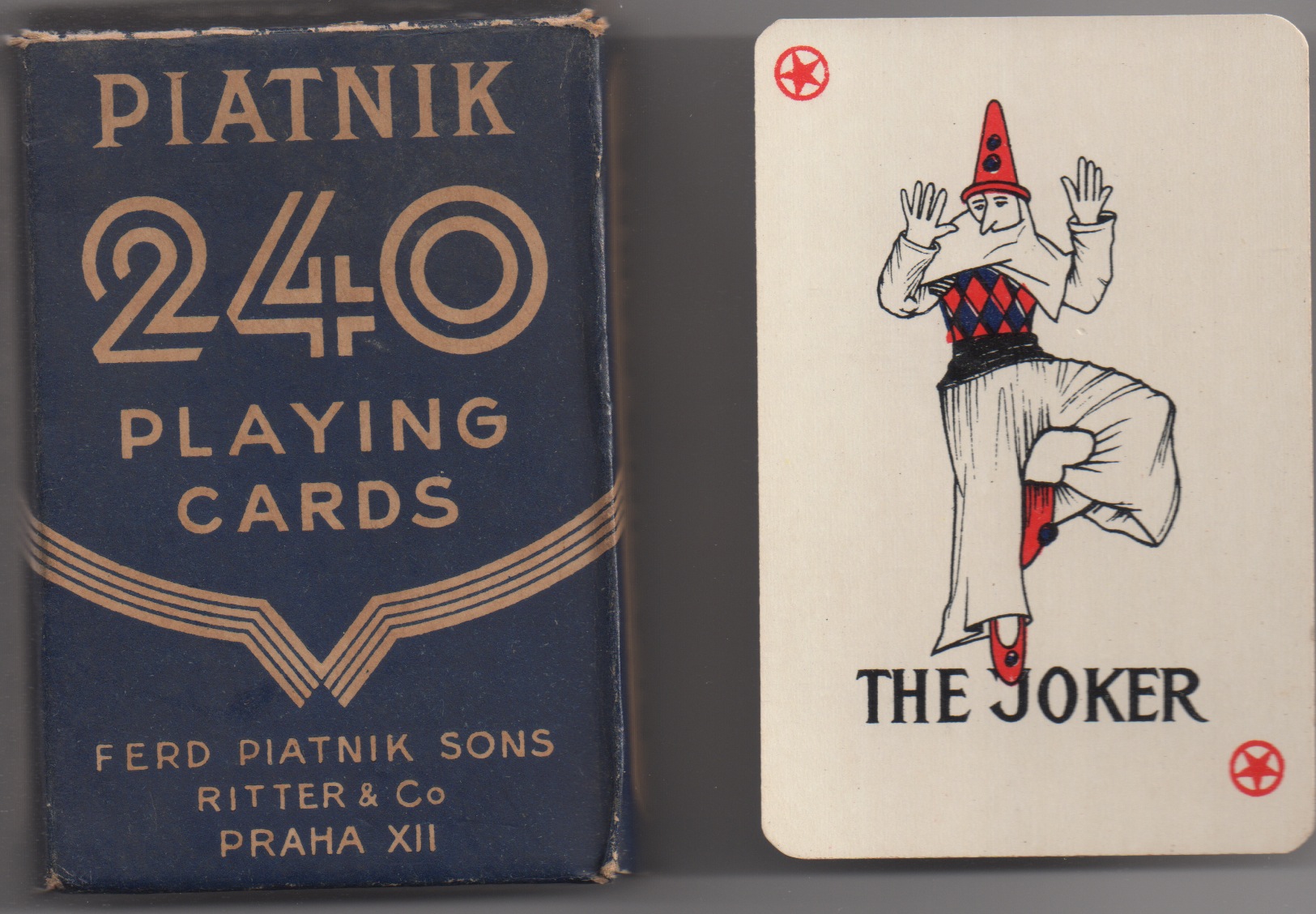 For their large index cards from c.1960 onwards they used a turned version of Waddington’s design with faces redrawn in their own style. These are also found in some of the Playboy packs. 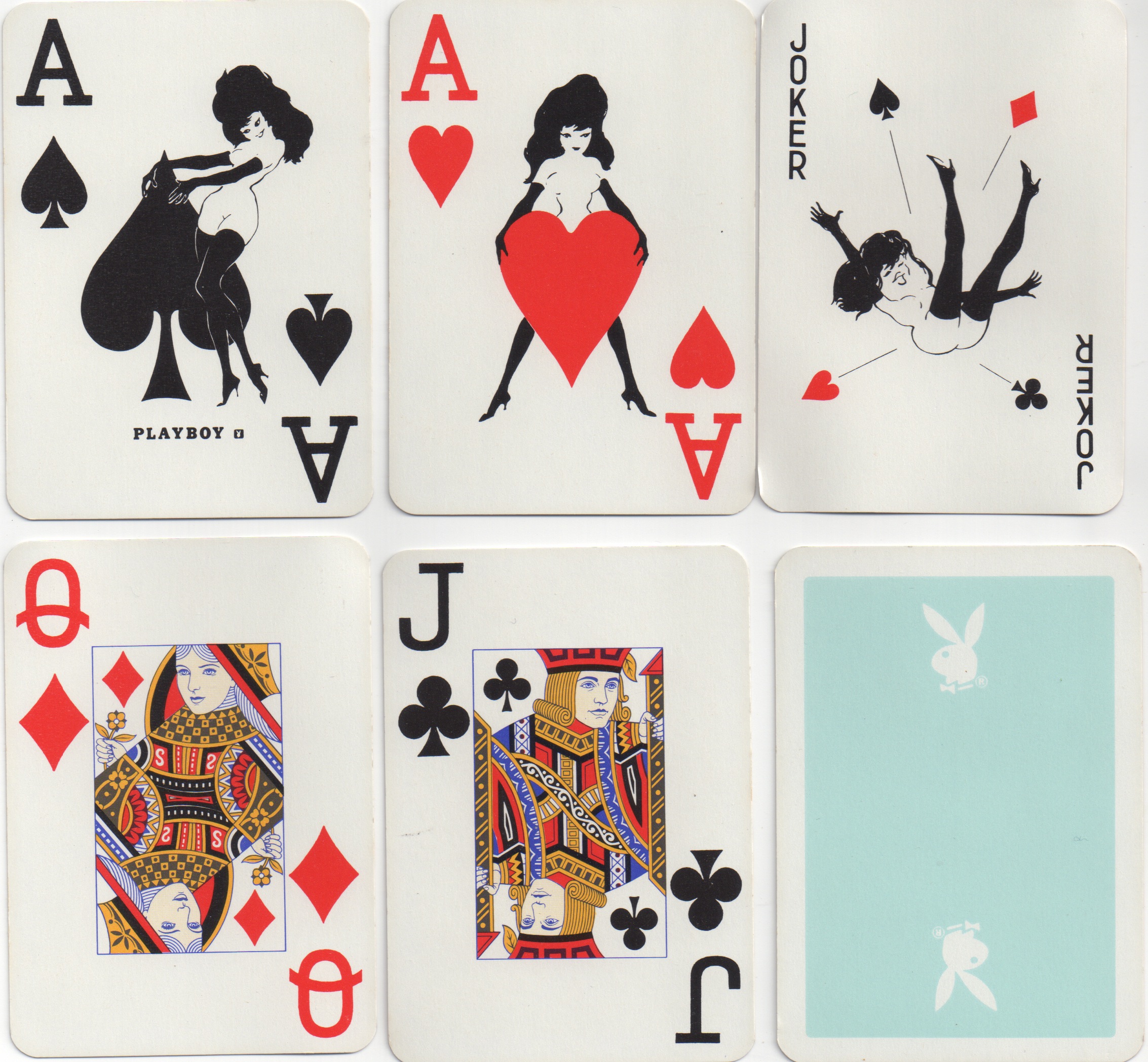 The design that they are most associated with appears to be related to a design used in NYCC bridge packs during the 1920s and 30s. It is not an exact copy, but has some of the idiosyncratic features of the design, such as the red queens’ hands poking out of circular openings in their clothing. In the more expensive packs they have coloured faces with a “film-star” appearance. (Not a very accurate description, but the style is modelled on the NYCC originals; see below.) There is a smaller version in slim-line packs.

The NYCC original design is below. 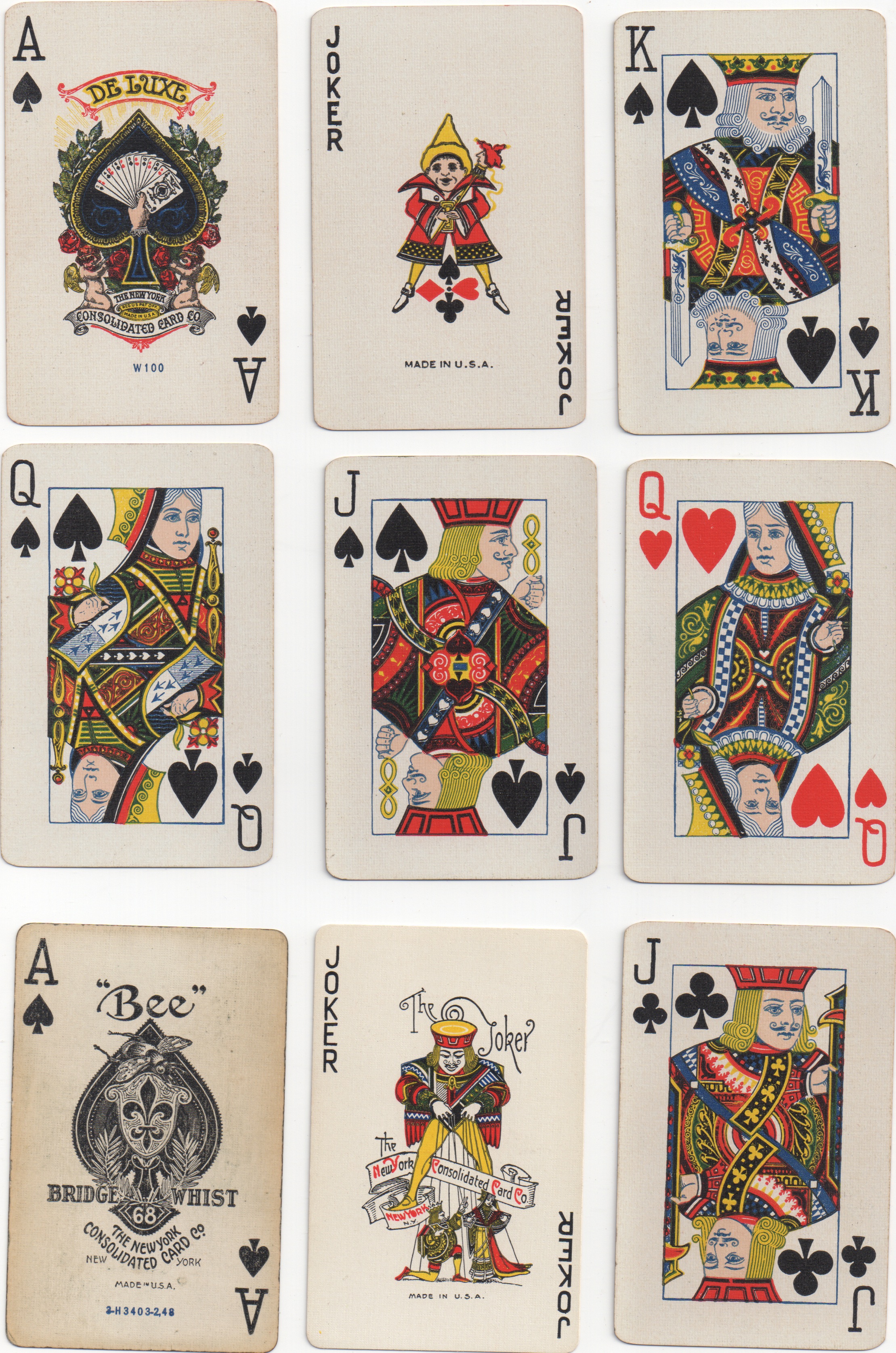 There are other versions of this design with somewhat more crudely drawn faces, sometimes coloured, sometimes not. The lower pack is from an early canasta set (No. 263) of c.1950: the black suit-signs are too large to fit between the heads and the frameline. 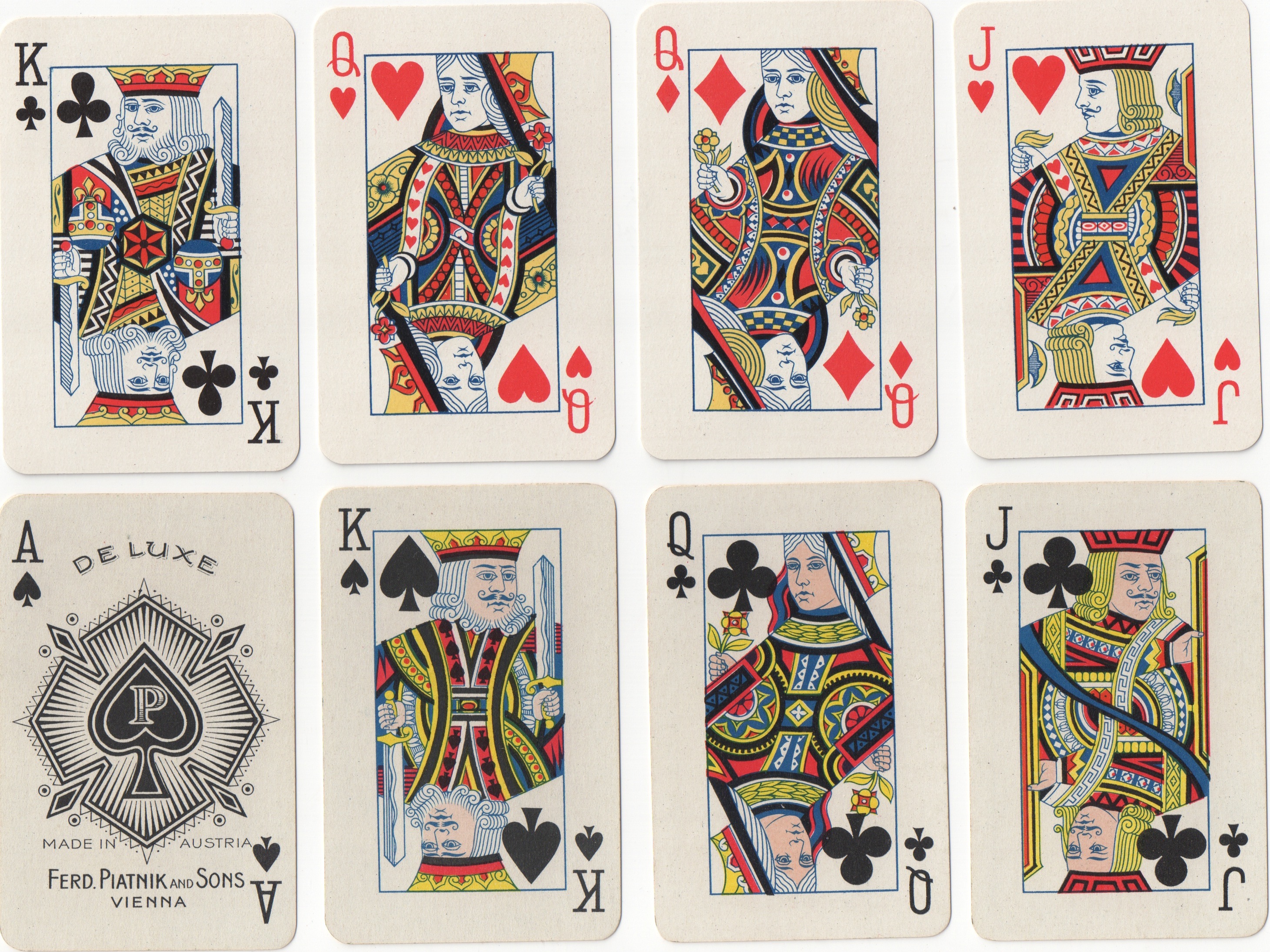 Redrawn plates: I have a pack of these with a De La Rue AS made during a printing strike in c.1968, and another with a Cambissa AS for the shipping line, Home Lines. 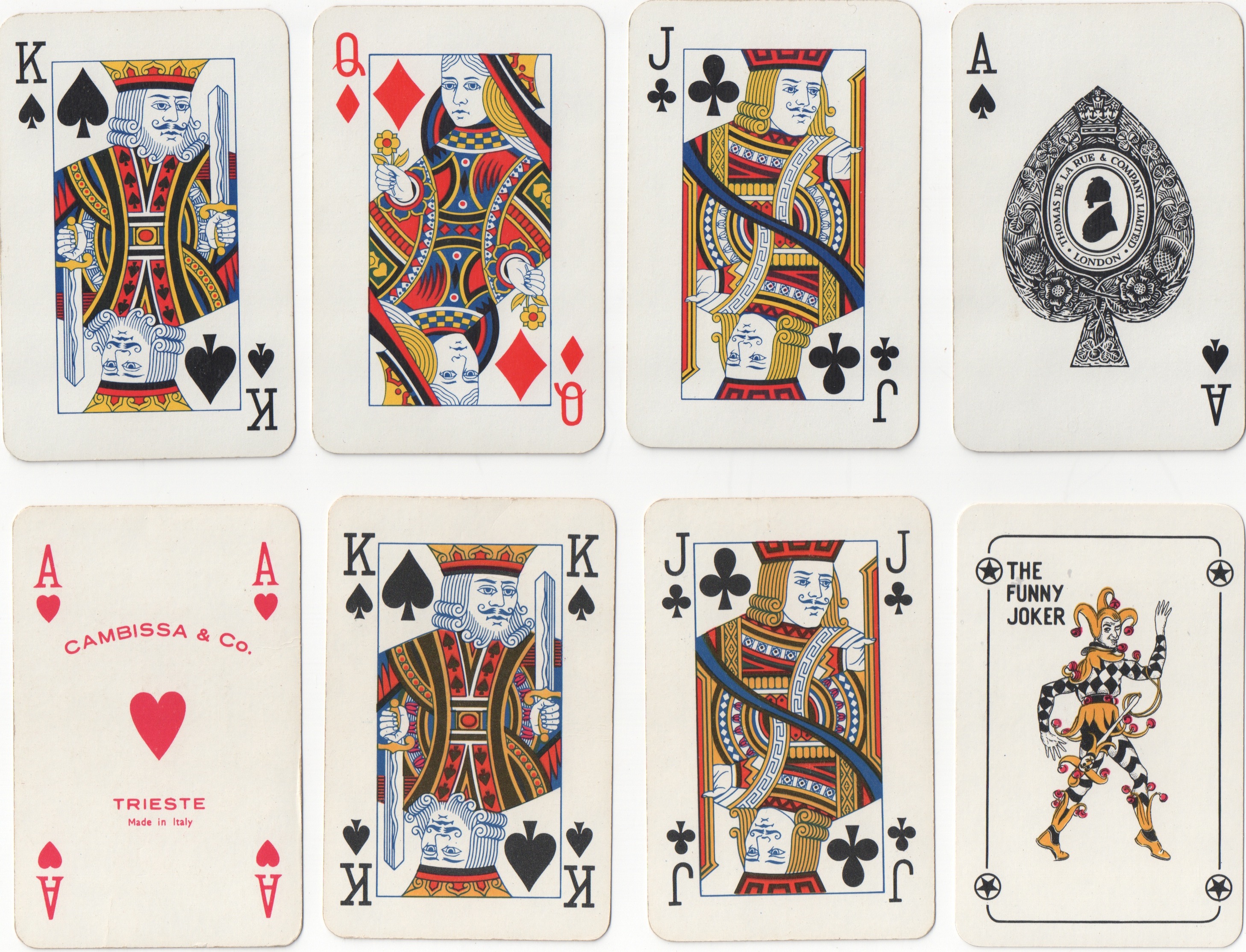 These courts are also to be found redrawn in a large-index, No-Revoke pack for John Newman, otherwise anonymous, 1999-2001. These may have been made by Piatnik or maybe even Richard Edward.