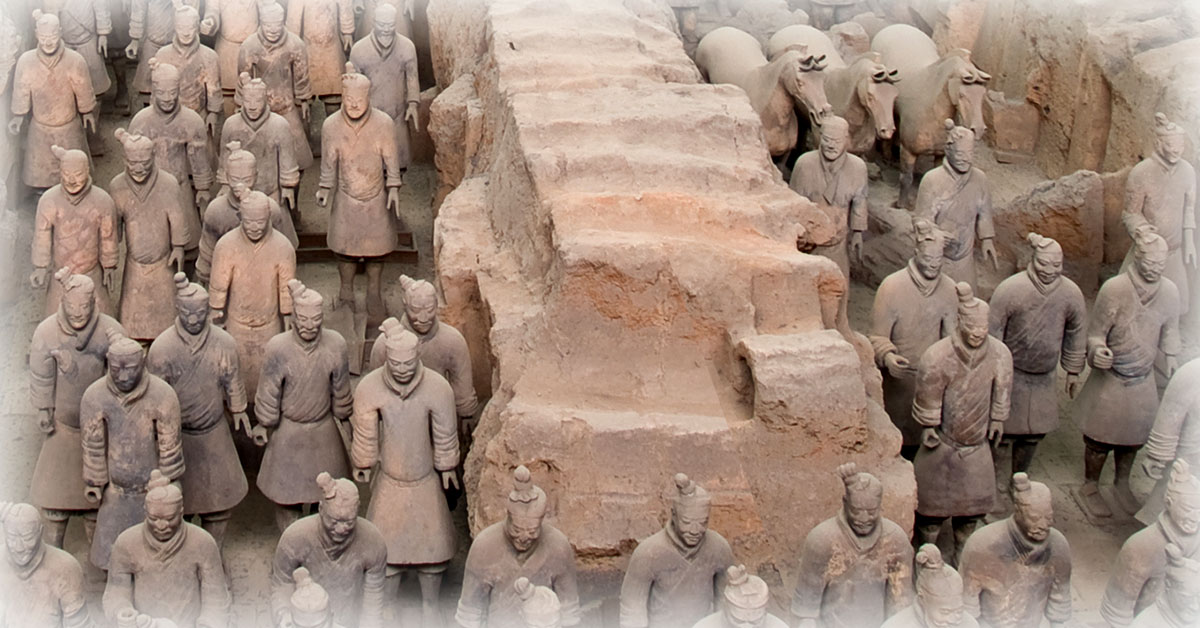 Above: the Terracotta Army or the "Terracotta Warriors and Horses" is a collection of terracotta sculptures depicting the armies of Qin Shi Huang, the first Emperor of China. It is a form of funerary art buried with the emperor in 210–209 BCE and whose purpose was to protect the emperor in his afterlife  more →

This pack identifies itself in English along one side of the box► simply as “Post Playing Cards”. Each card has a different photo of elements of the terracotta army. 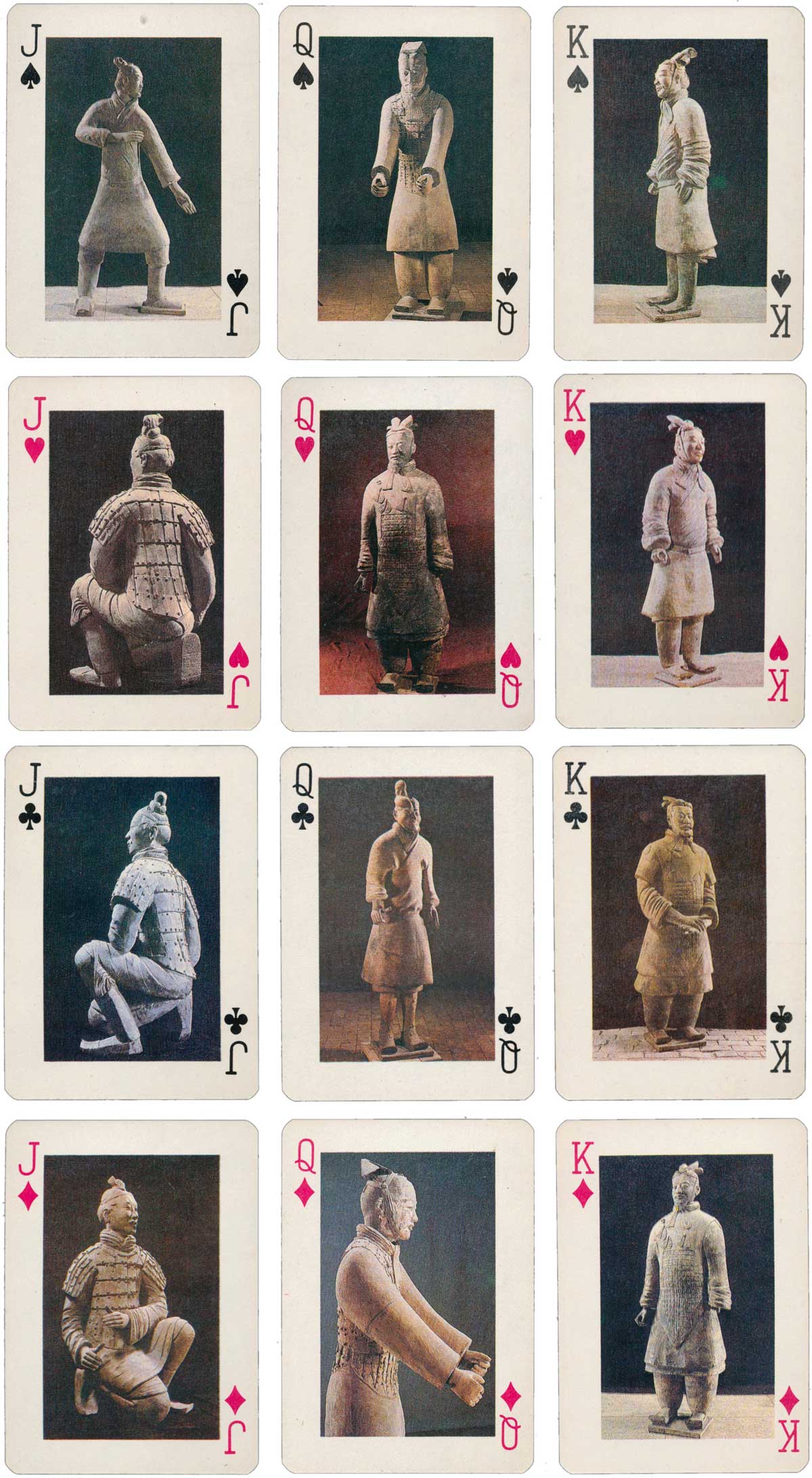 Above: Post Playing Cards featuring photos of the terracotta army. The cards are not terribly well printed - the shade of the backs varies, and some cards are printed upside down (the back has a uni-directional design which occurs both ways up relative to the fronts). Images courtesy Matt Probert. 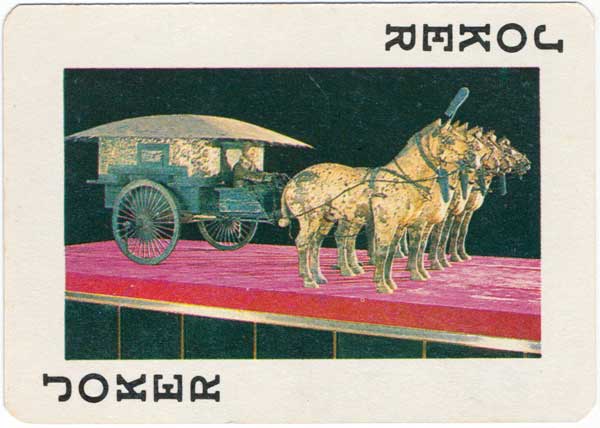