A brand name used in Norway over a number of years.

Emil Moestue’s paper shop and printing company was established in 1883 by Emil T. Moestue (1852–97). From 1928 it owned its own paper manufactory and had a box factory, envelope factory, playing card factory etc.  read more►

Over the years, two different standard English pattern packs, with the same back design and the same brand name but with different court card designs and slightly different boxes, were published by Emil Moestue, Oslo.

Was the brand name “London Bridge” used to give the cards a certain cachet? There is no image of the iconic bridge anywhere in the pack, just the title. Certainly both are high-quality packs.

The earlier edition, in a slightly thicker box than the later one, carries the text “EMIL MOESTUE A-S / SPILLKORTFABRIKK / OSLO” so was perhaps made in Oslo. The courts are of the standard Goodall/De La Rue type. The Ace of Spades bears a Norwegian tax stamp from the 1960s. There is a mock tartan back design (possibly alluding to Scotland?) with a very pale blue border. Note too the scalloped flap of the box. 52 cards + 2 Jokers + 1 bridge score card + 1 blank card in tuck box. See the box► 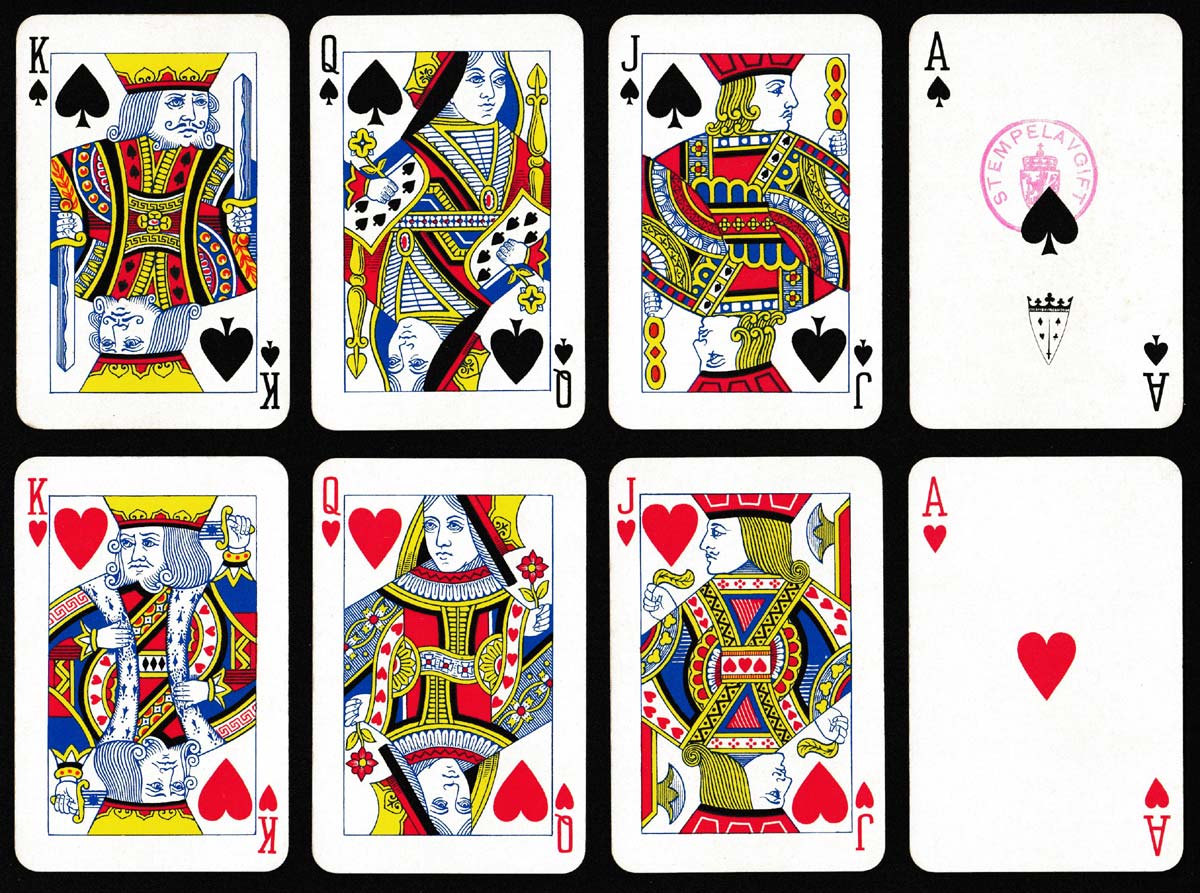 Above: London Bridge pack with very close copy of Goodall/De La Rue courts in bridge format with slender indices, number cards are like those of De La Rue c.1950. If they are as late as 1950, then they’d have been printed by Waddington, though the indices on the courts don’t look right. I used to have a patience pack as well, which was definitely printed by Waddington and had their W6 courts and a special AS for Moestue, dating from c.1968 - Ken Lodge.

On the box for the later edition (c.1982), the word “SPILLKORTFABRIKK” has been removed. This pack has all the feel and look of a pack made by Piatnik. Note the Piatnik reference number on the Ace of Hearts. We assume that Waddingtons couldn’t supply the necessary cards in the1980s, so Moestue switched to Piatnik as their supplier. The spade symbol on the Ace of Spades is larger and the logo is slightly different (little clubs on the crown clear, not black). There is no tax stamp, the tax on playing cards in Norway having been abandoned in 1975. The same back design has been used but this time with a white border. Different script used on the box from the earlier edition. The box flap is curved but not scalloped. 52 cards + 2 Jokers in tuck box. See the box► 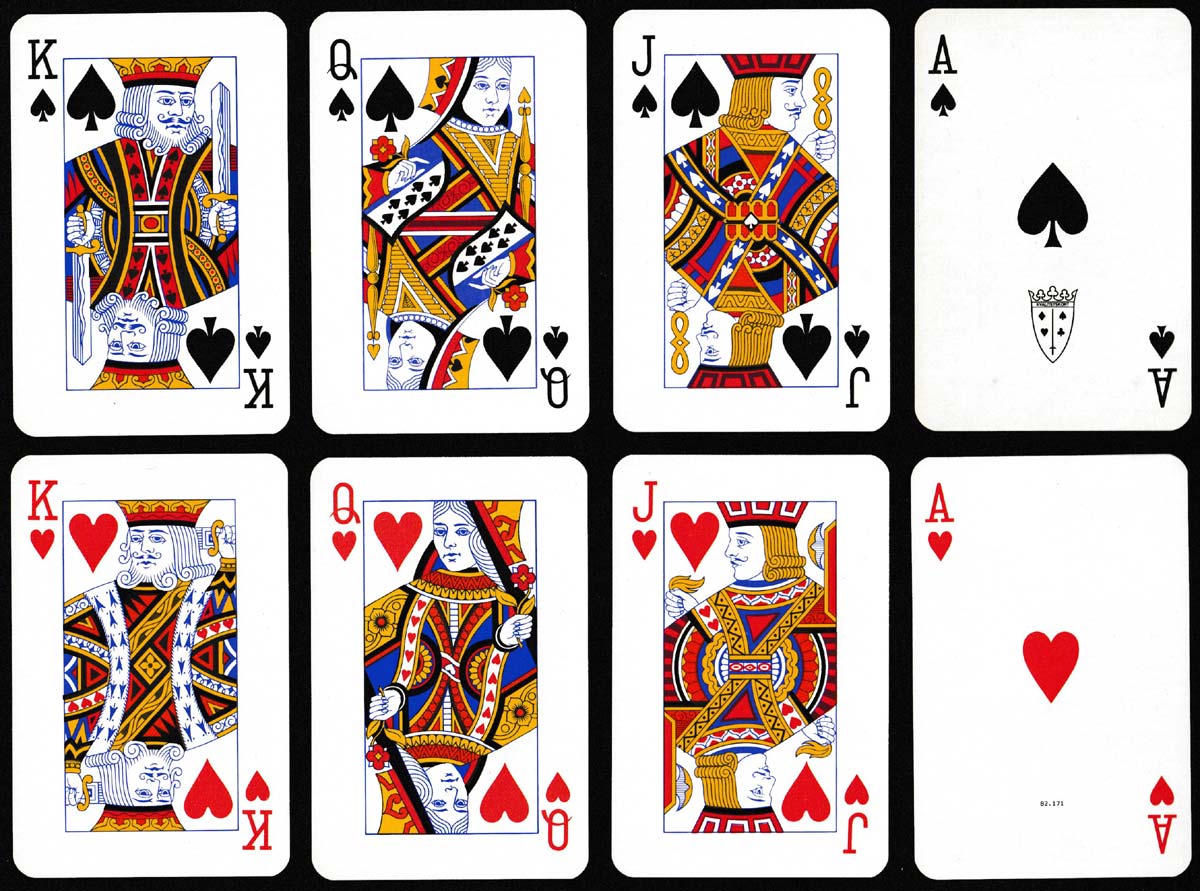 A brand name used in Norway over a number of years. One end Berlin pattern the other standard English pattern Woolley & Co produced a range of different quality playing cards, and these “Second Harrys” are towards the cheaper end of the range. My interest in postage stamp variants led me to apply the same principles to playing cards.

There is a very interesting collection of playing cards held at the Strangers' Hall Museum in Norwich.

A brief survey of the different types of standard cards to be found in Continental Europe.

This pattern was used in various parts of eastern France but was ultimately replaced by the official ‘Paris’ pattern in c.1780. Universe No.100 playing cards made by The Universal Playing Card Co. Ltd, Leeds, for Scandinavian countries. Cards from a Russian standard woodblock and stencil pack of circa 1820.