In this instance, Pentas® are the fifth suit and are coloured green. Each pip consists of five small solid circles within an outer circle. To bring some unity to the whole pack, all the Spade, Heart and Diamond pips also contain five small solid spots or circles. For the suit of Clubs, the trefoil has become a five-sided shape resembling a flower. The court cards are entirely non-standard and coloured red, black and green, in keeping with the colours of the five suits. Four of the suits have knights on horseback for Jacks, the Queens hold fans. There are 13 cards in each of the five suits. Green and white striped backs. Was this pack ever marketed or was this simply a prototype? See the box► 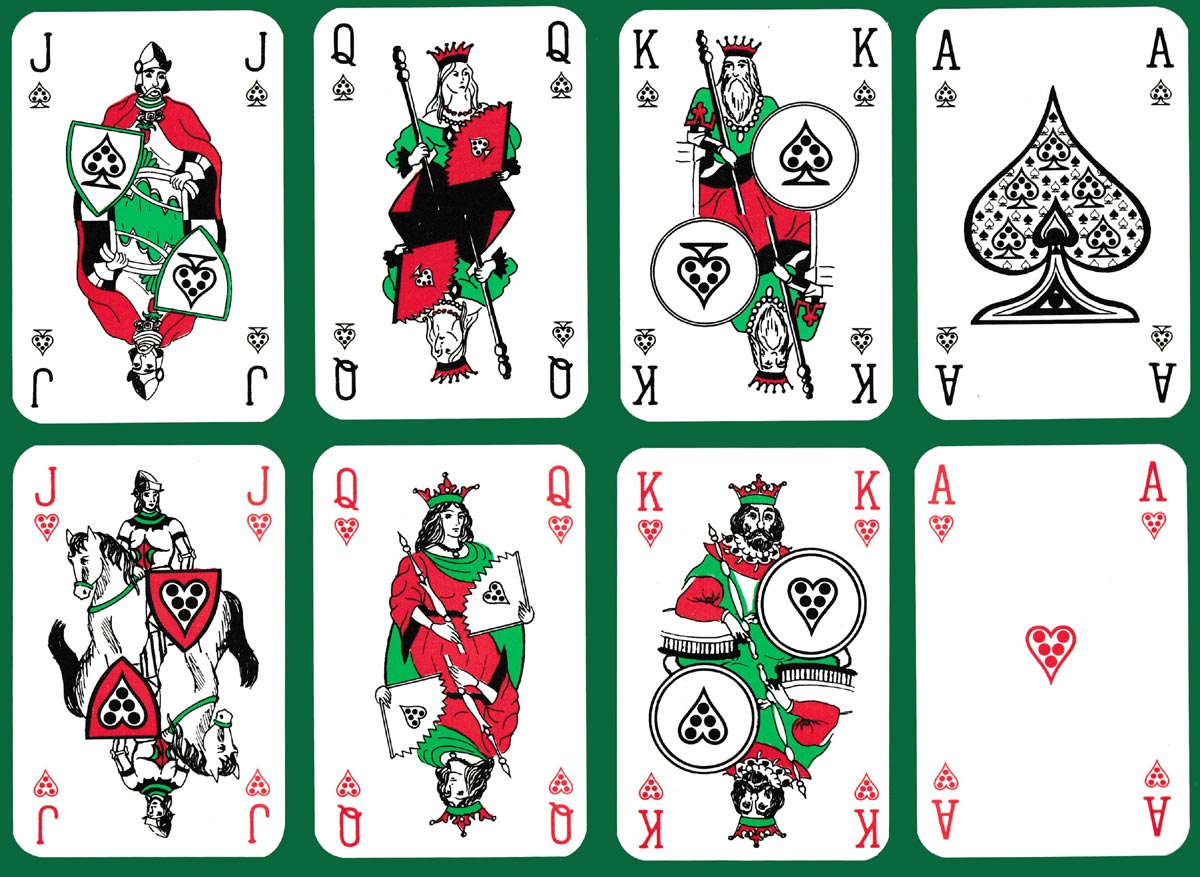 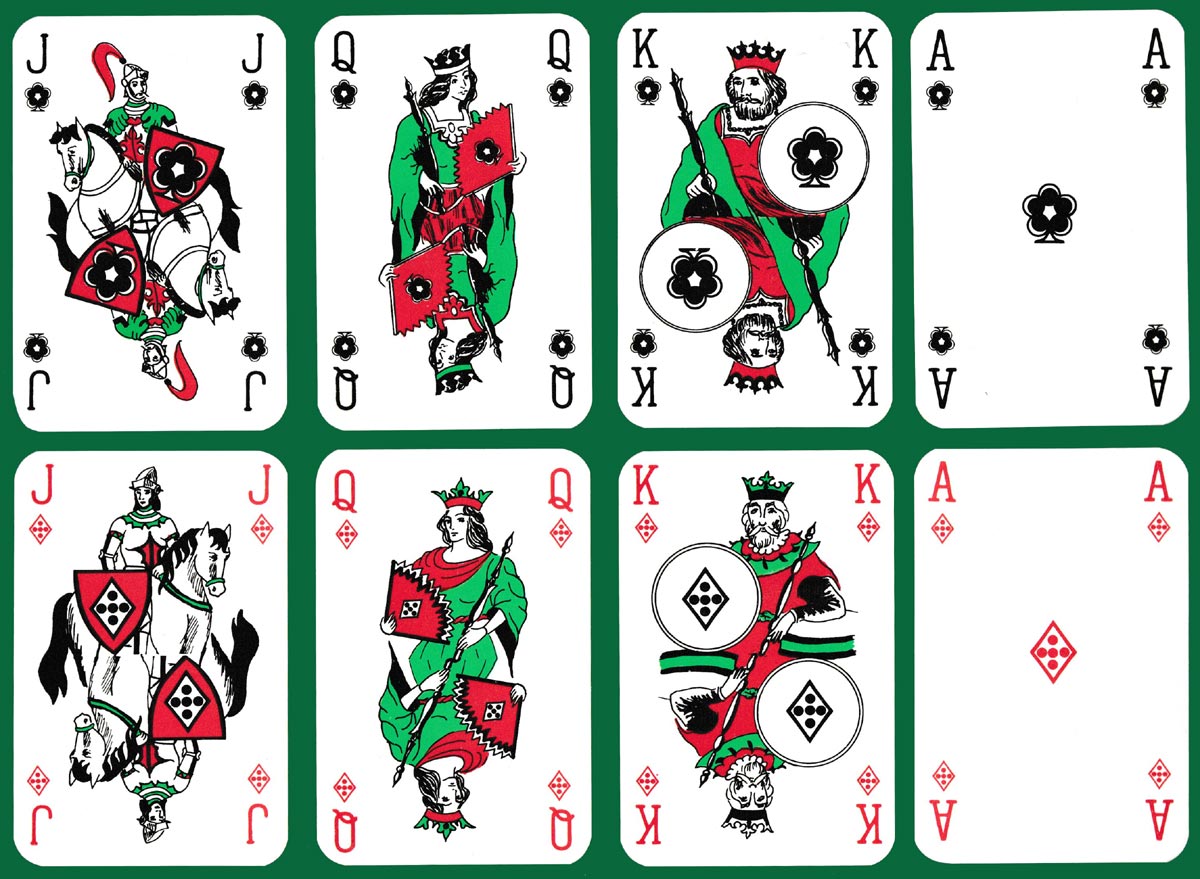 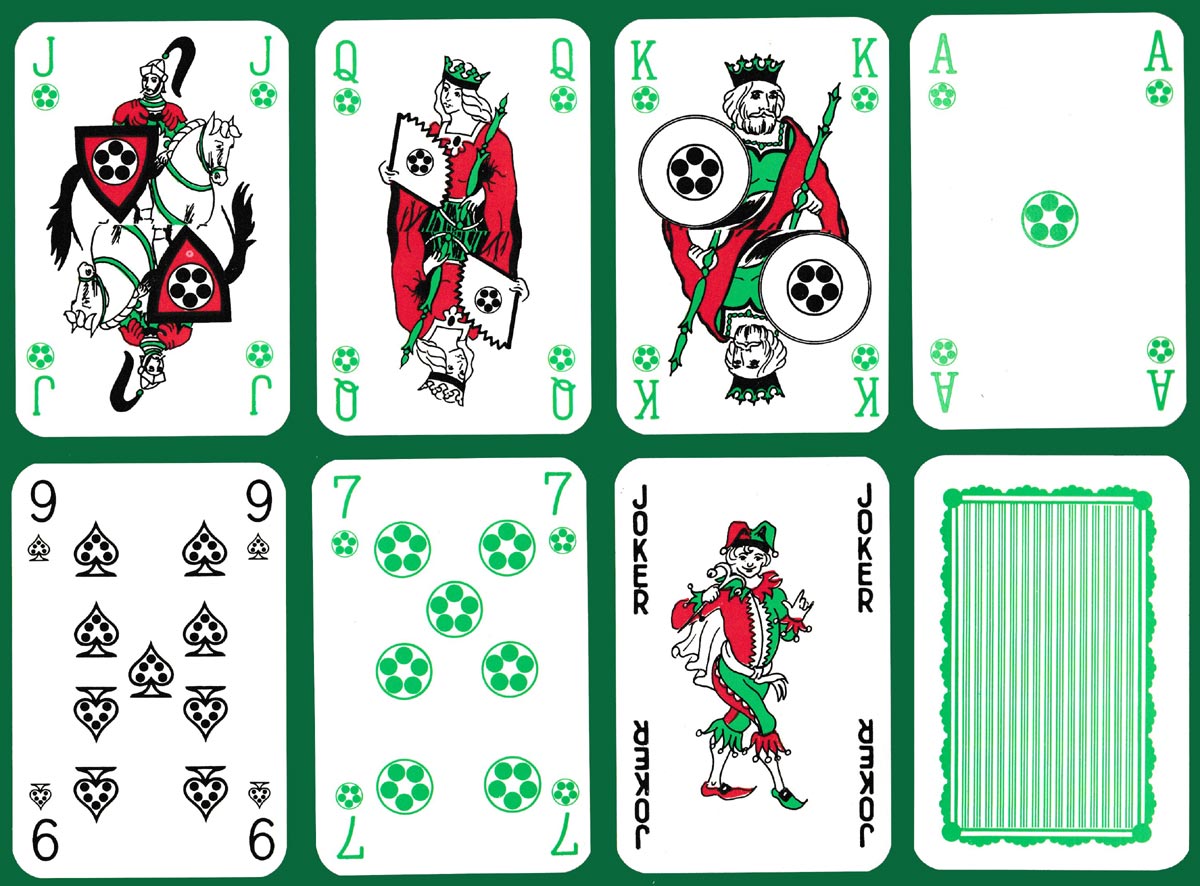