Playing cards in the Dominican Republic

Christopher Columbus discovered the island of Hispaniola in 1492, and it later became the major launching base for the Spanish conquest of the Caribbean, as well as the American mainland. The Dominican Republic occupies the eastern part of the island, whilst Haiti occupies the west.

Above: Spanish playing cards exported to new Spanish colonies from c.1550 onwards. Cards like these would have been in use for the first 200-300 years or so after the first Spanish settlers arrived.

Cards commonly found for sale today include the ubiquitous "Briscas" Spanish-suited playing cards, made in Spain, Hong Kong or China, and which turn up in souvenir shops in most Latin American countries, as well as tourist souvenir packs like those illustrated below. 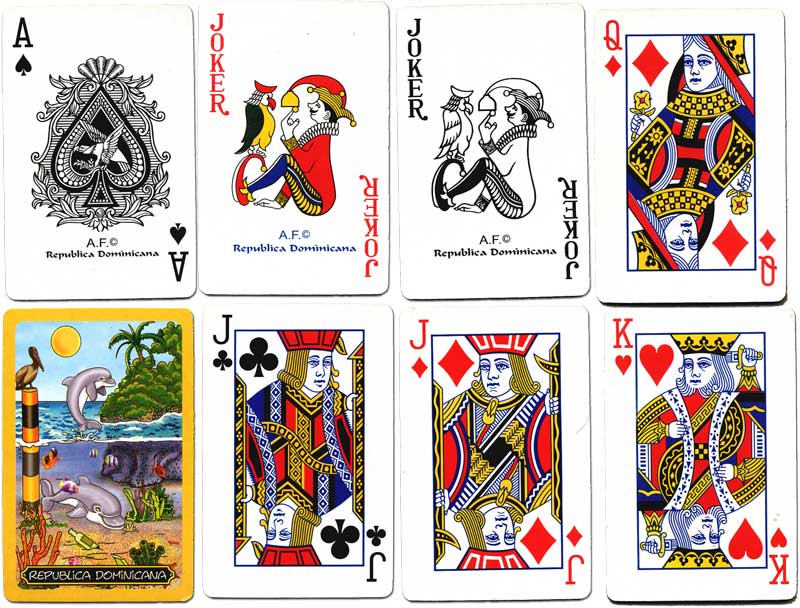 Above: Souvenir playing cards from the Dominican Republic, unknown manufacturer, made in China. The ace of spades and jokers have the initials A.F.© and the plastic box has "Republica Dominicana" printed on the lid.