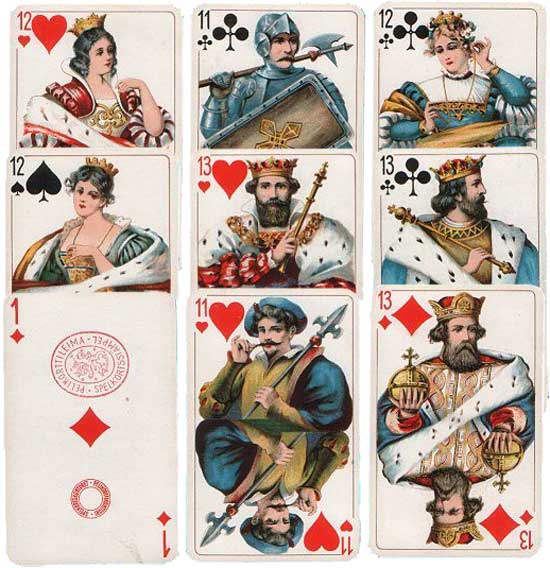 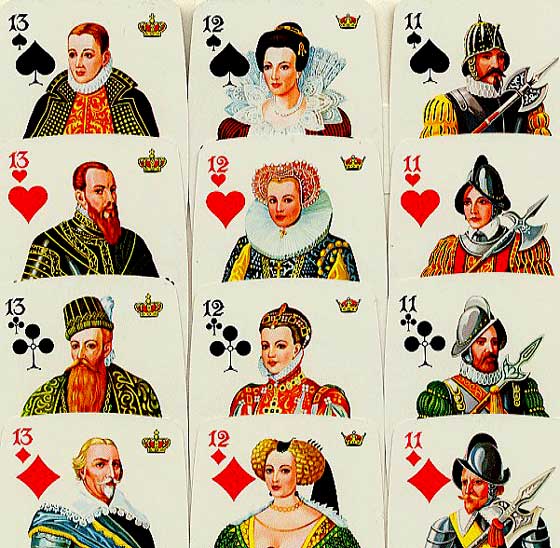 Above: Turun Linna Playing Cards, made in Finland, c.1960. The court cards feature people from Finnish history. Later editions were made by Piatnik for Finland. The cards are barrel-shaped, 52 cards + 2 jokers. The backs show Turku castle, one of the largest surviving medieval buildings in Finland.   More → 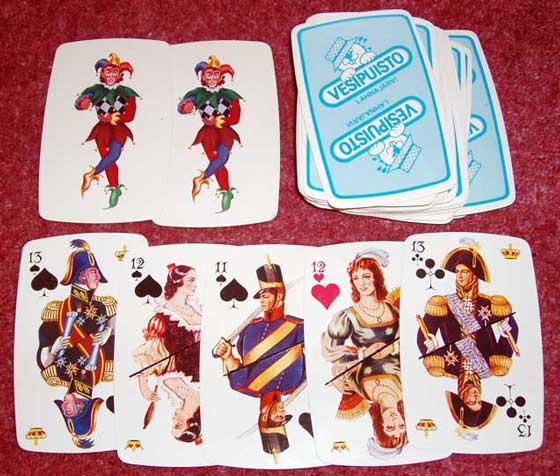 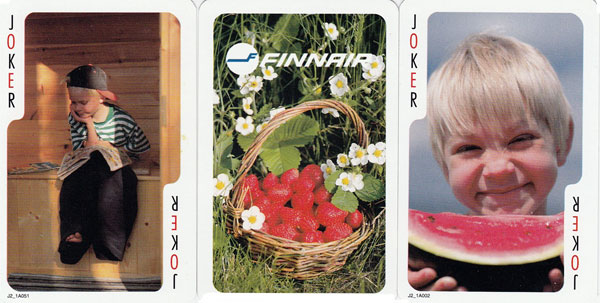 Above: Finnair souvenir playing cards made by Tactic. 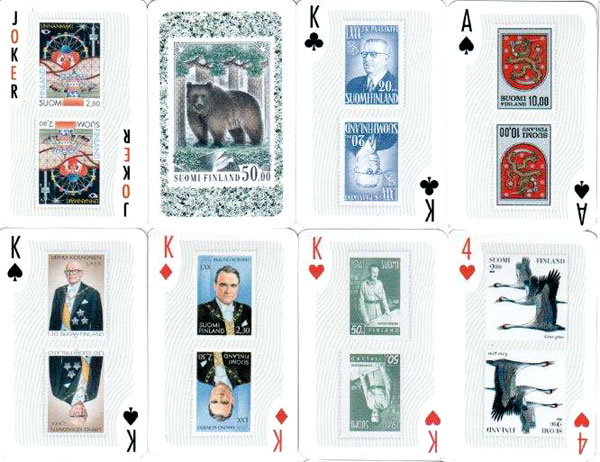 Above: postage stamps on every card, made in Finland by Nelostuote Oy.

Finnish cards have a relatively short history, presumably because the country only finally broke loose from Russian influence in 1920. The Finns differ from the rest of the Scandinavians in ethnic background and language, but Finland belonged to Sweden for several hundred years, and since a reconciliation with Sweden was made, many decks are bi-lingual.

A pricelist by G. O. Wasenius of Helsinki from the 1850s includes ‘fine, engraved’ playing cards and ‘seconds’ for half the price.

Traditional ‘Happy Families’ card games like Pekka-Peli have been played by Finnish children for decades. A new culturally aware version of this traditional card game, called ‘Reshuffle’, has recently been created by Reetta Hiltunen. 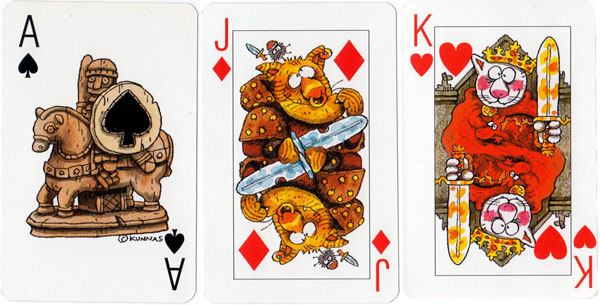 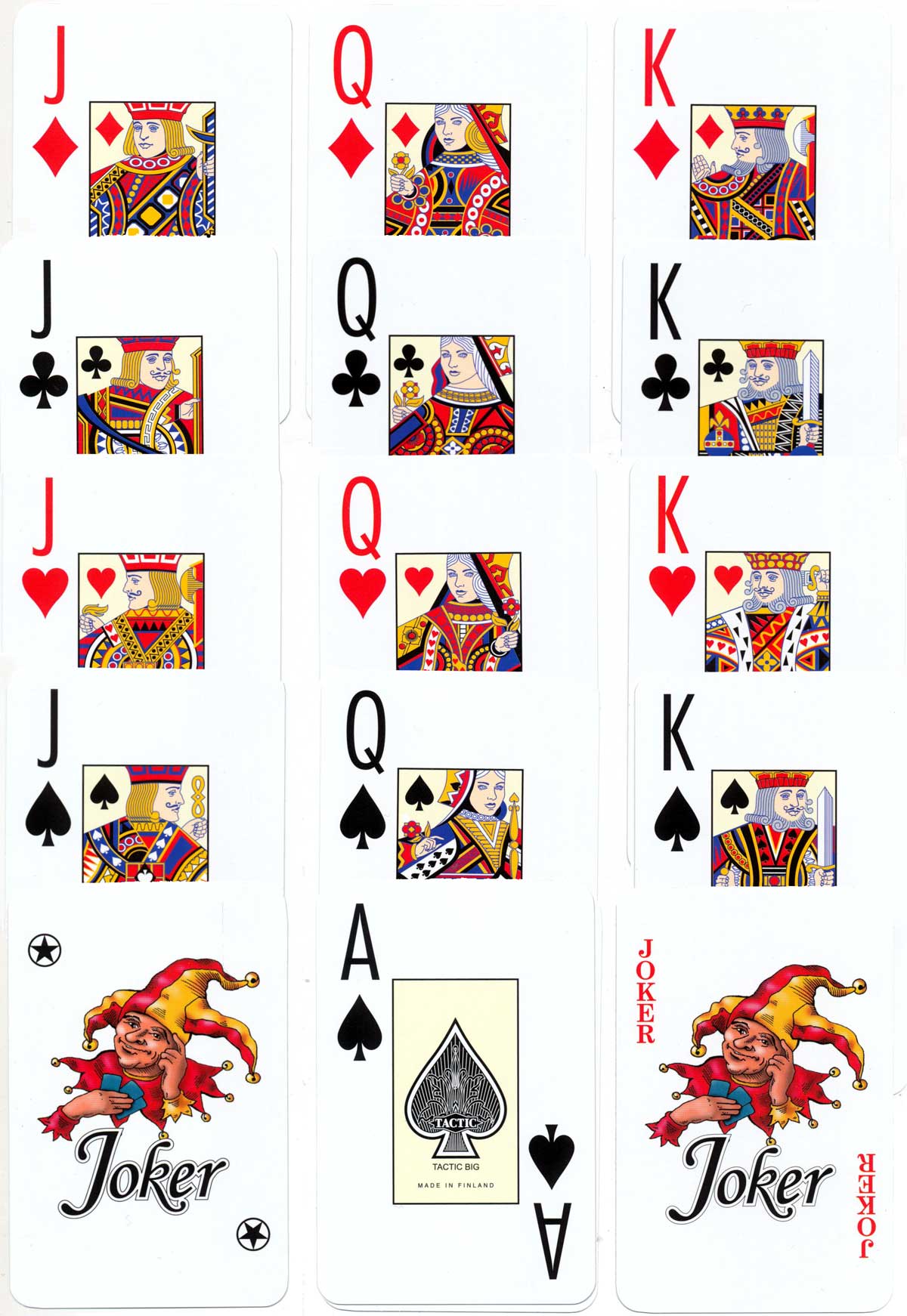 Above: “Big Face” playing cards by Tactic, Finland, 2015. The box text is all in English, as are the indices on the court cards (K,Q,J) and Aces (A). Images courtesy Matt Probert. 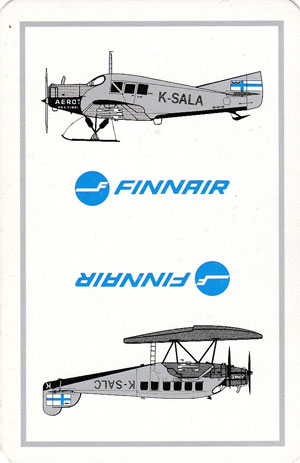 Above: Finnair playing cards by Piatnik. 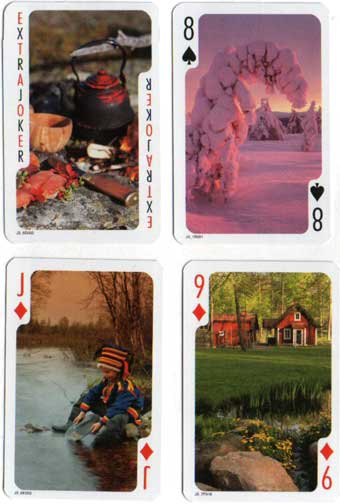 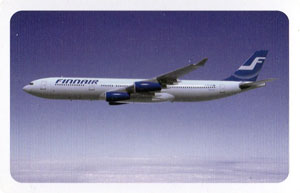 Above: Finnair playing cards by Tactic. 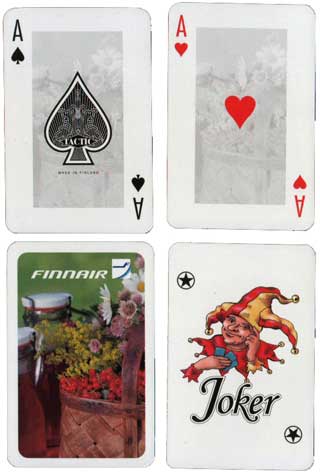 Above: Finnair playing cards by Tactic.

NOTE: thanks to Jukka Kettunen for contributing Wasenius pricelist and images of Finnair & Finland souvenir decks.