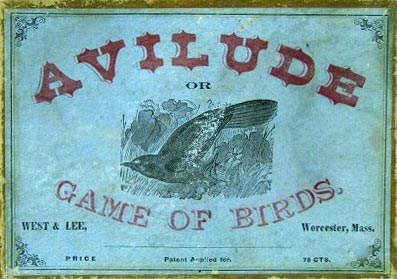 Avilude or ‘Game of Birds’ was first published by West & Lee Game Company, Worcester, Mass, in 1873. [see original patent registration]. Here we are showing the second edition from c.1880. The game contains 64 cards divided into eight groups, each group consisting of four pairs. One card of each pair has a fine engraving of a bird with its name, the companion card has a description. The game was intended to be of scientific and educational value for the study of natural history. See the Rules► 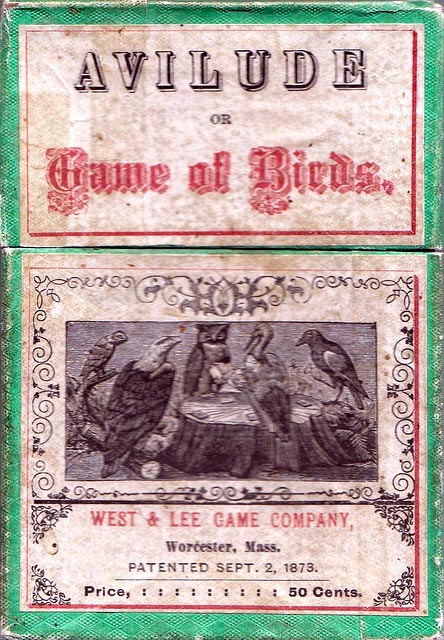 West & Lee were taken over by Noyes & Snow at an unknown date and they, in turn, were taken over by McLoughlin Bros. As can be seen, the game saw several editions, with improvements along the way, no doubt aiming to enhance the instructive character of the game relating to natural history. 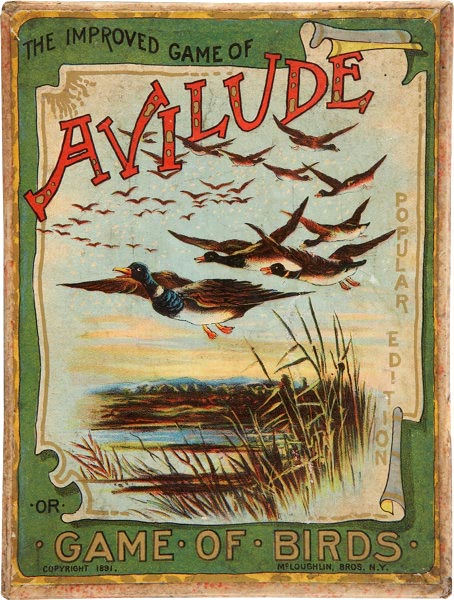 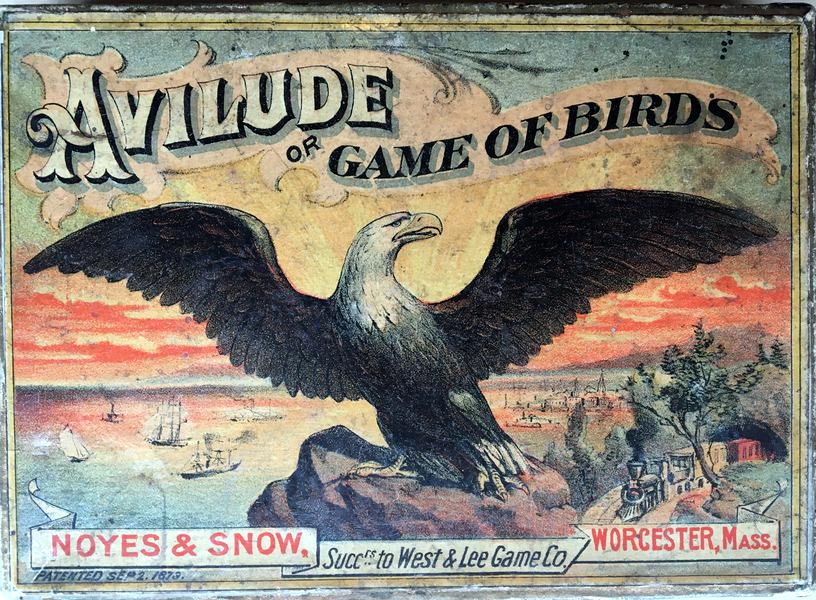 Above: glorified box artwork from fourth edition published by Noyes & Snow showing steam ships and railroads in the background.