A charming and humourous angling-themed skat deck from Germany designed by graphic artist Günter Schmitz (1909 - 2002) and manufactured by VEB Altenburger Spielkartenfabrik (aka “Cœur”), c.1981. A nice touch is that the German suit symbols have dandelion leaves instead of the usual ones! Also, the double-ended courts are not exact mirror images but different at each end. 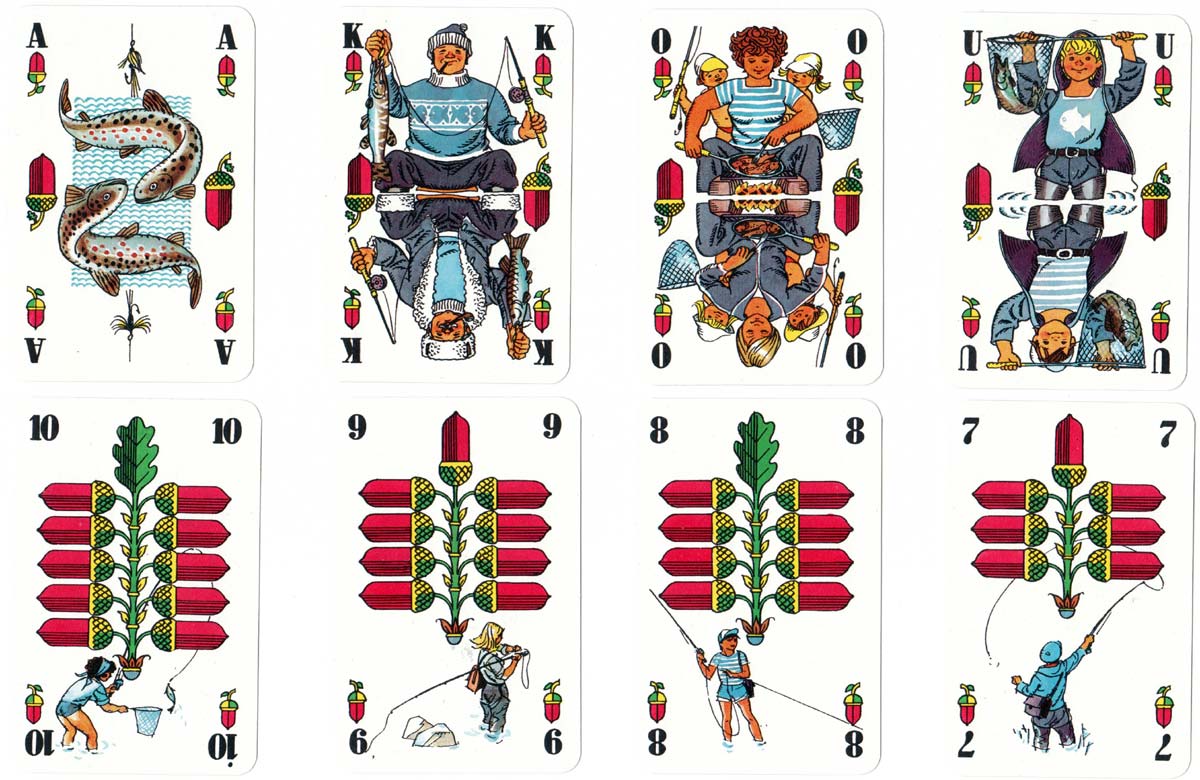 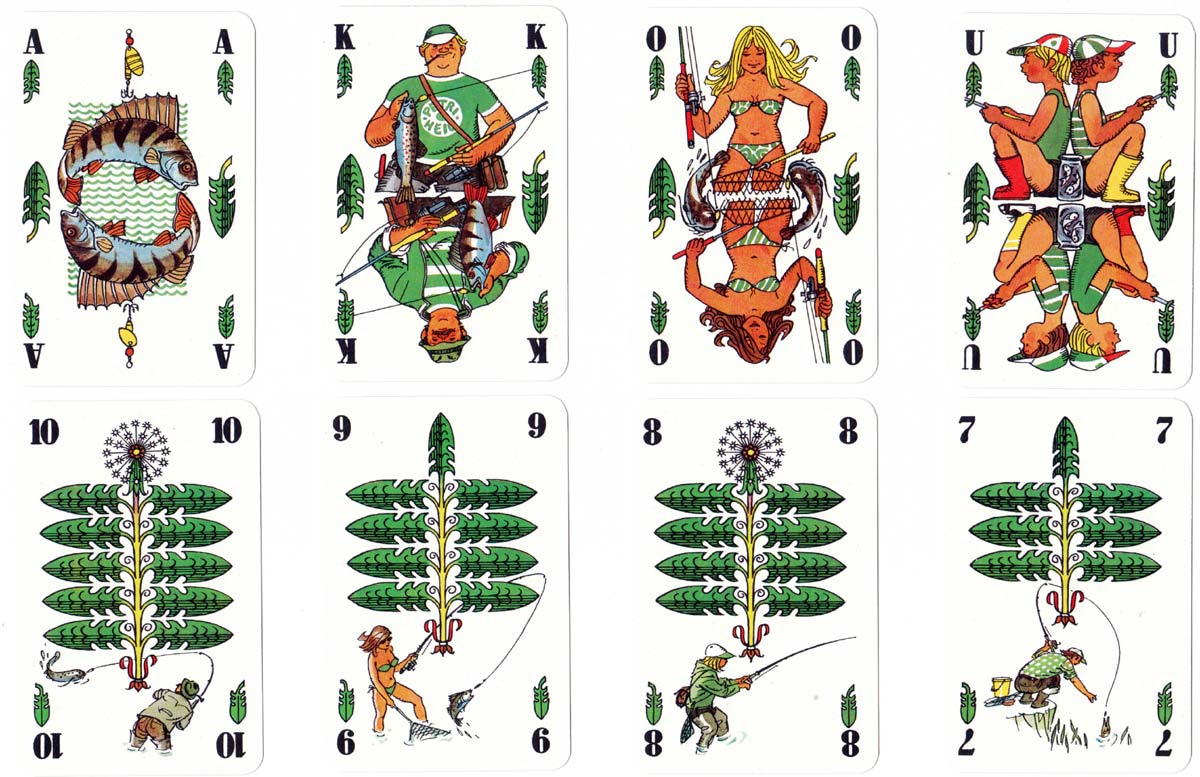 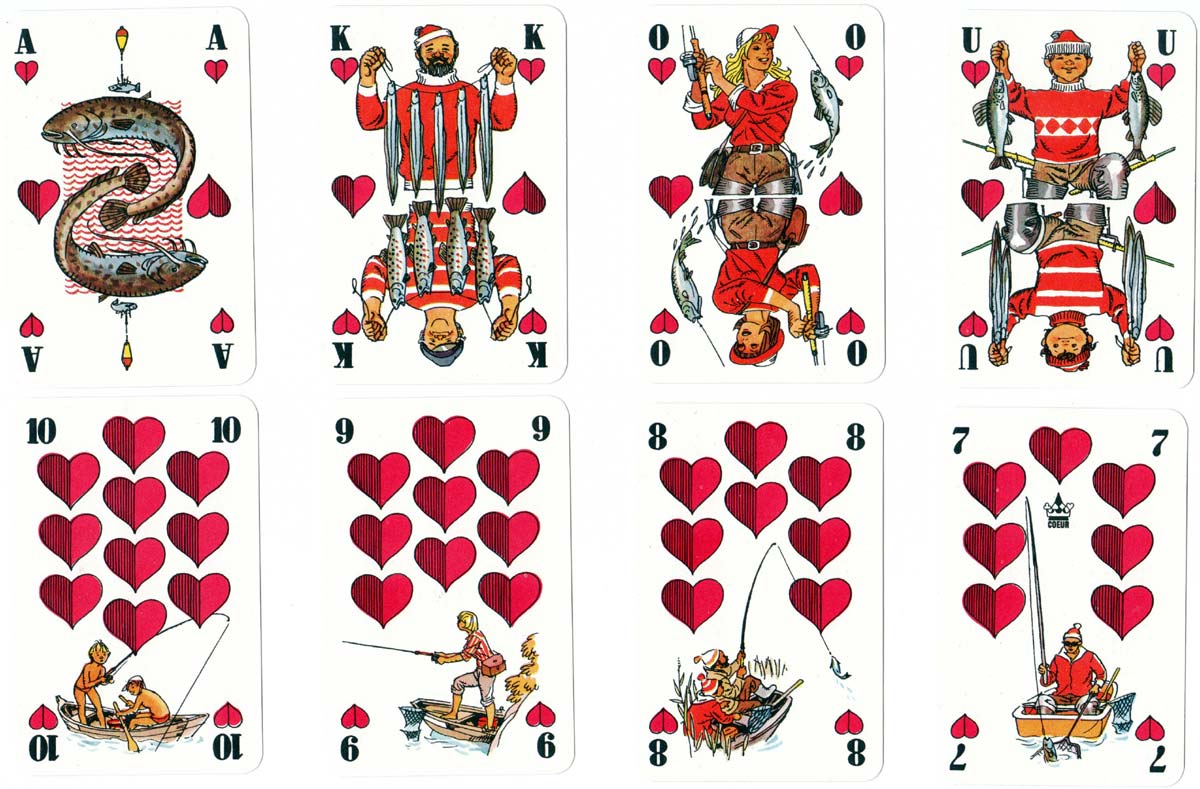 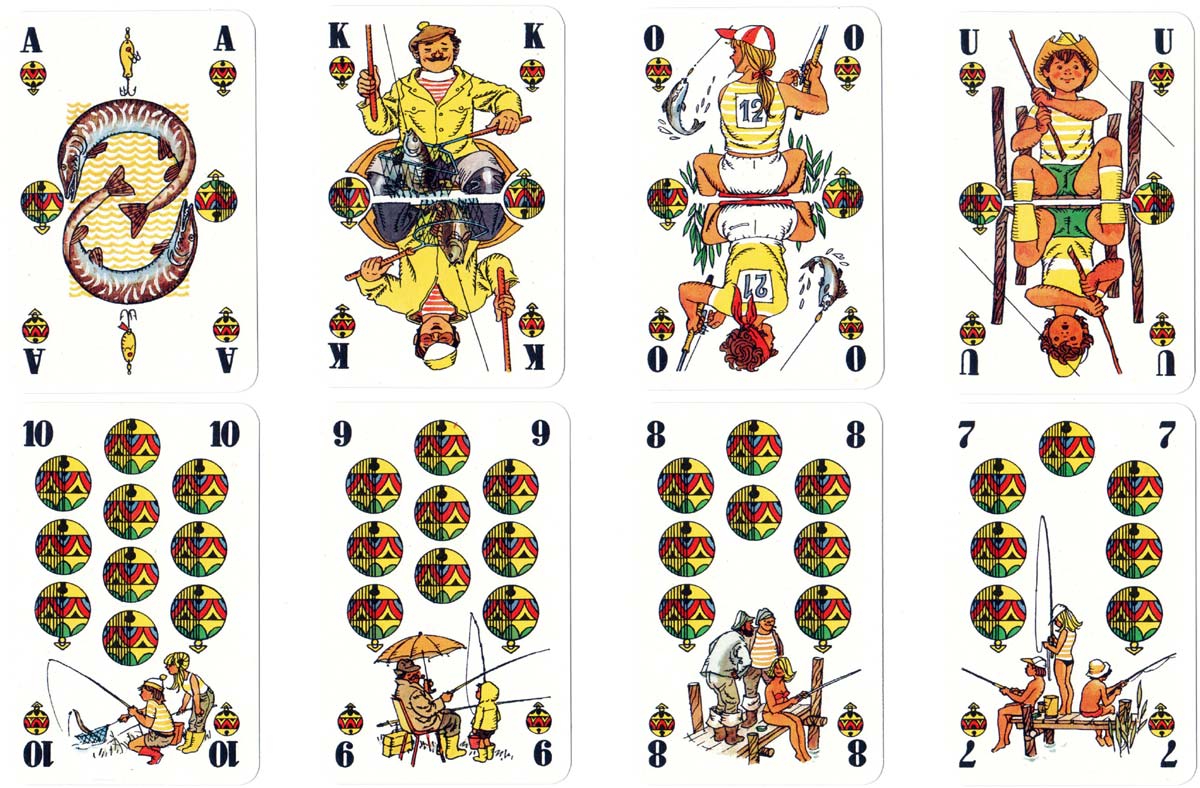 Above: Angler Skat manufactured by VEB Altenburg, c.1981. 32 cards + title card in box. The Cœur logo can be seen on the seven of hearts. Images courtesy Rex Pitts.