German-suited hunting themed deck designed by graphic artist Günter Schmitz (1909 - 2002) and printed by VEB Altenburg, 1980. Hunting has been a common theme on playing cards, particularly German ones, since the fourteenth century and continues to be so today. After German reunification in 1991, the Altenburger Spielkarten Fabrik was privatized and then sold to F.X. Schmid. In 2002 Carta Mundi acquired the Altenburg playing card factory. 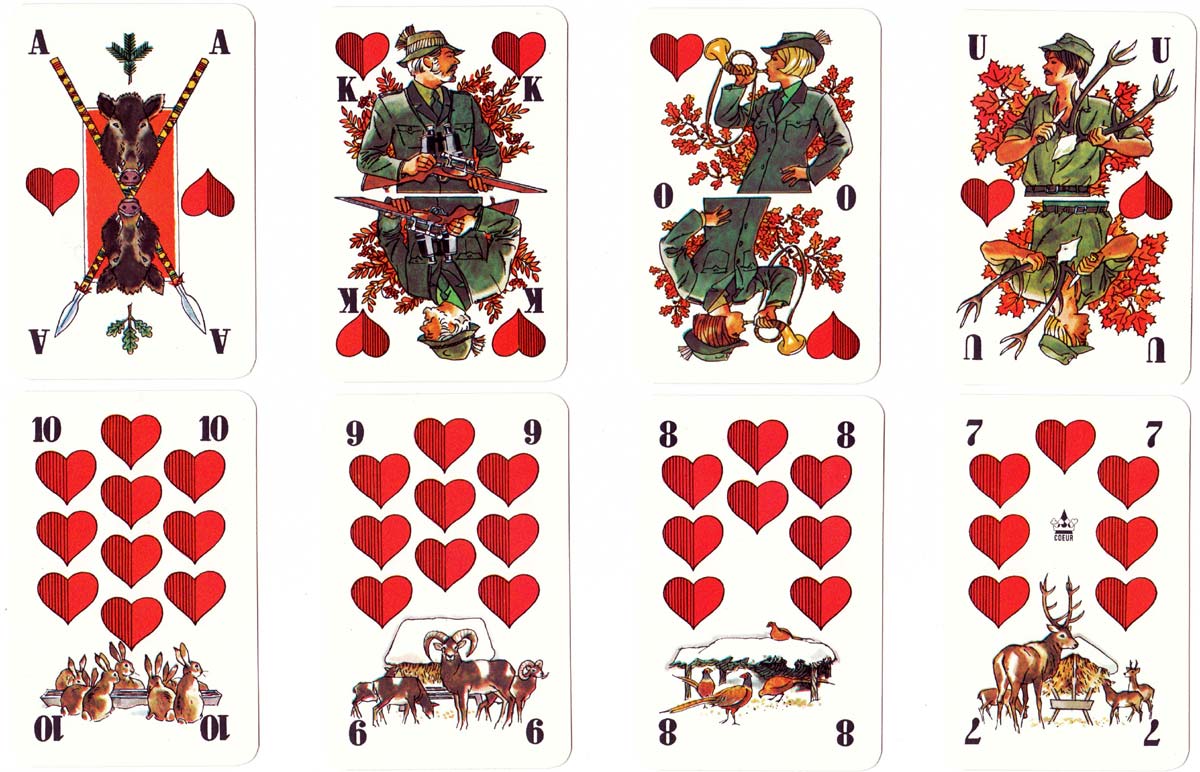 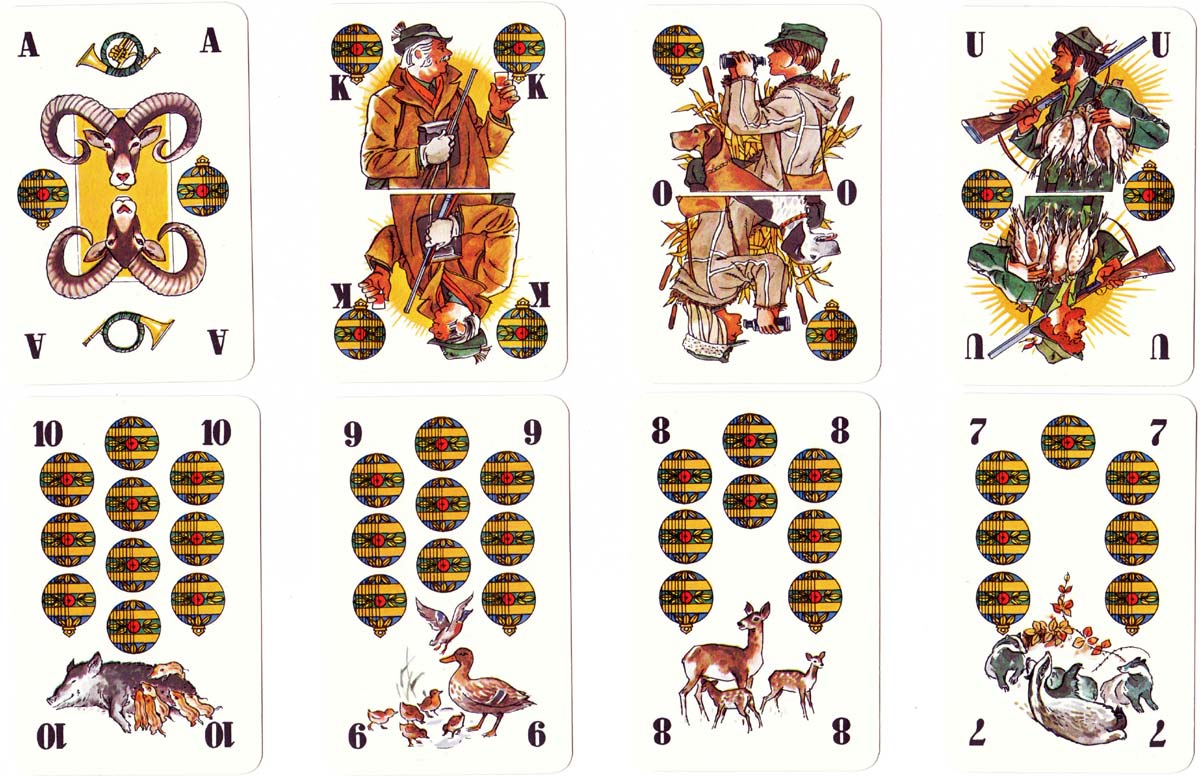 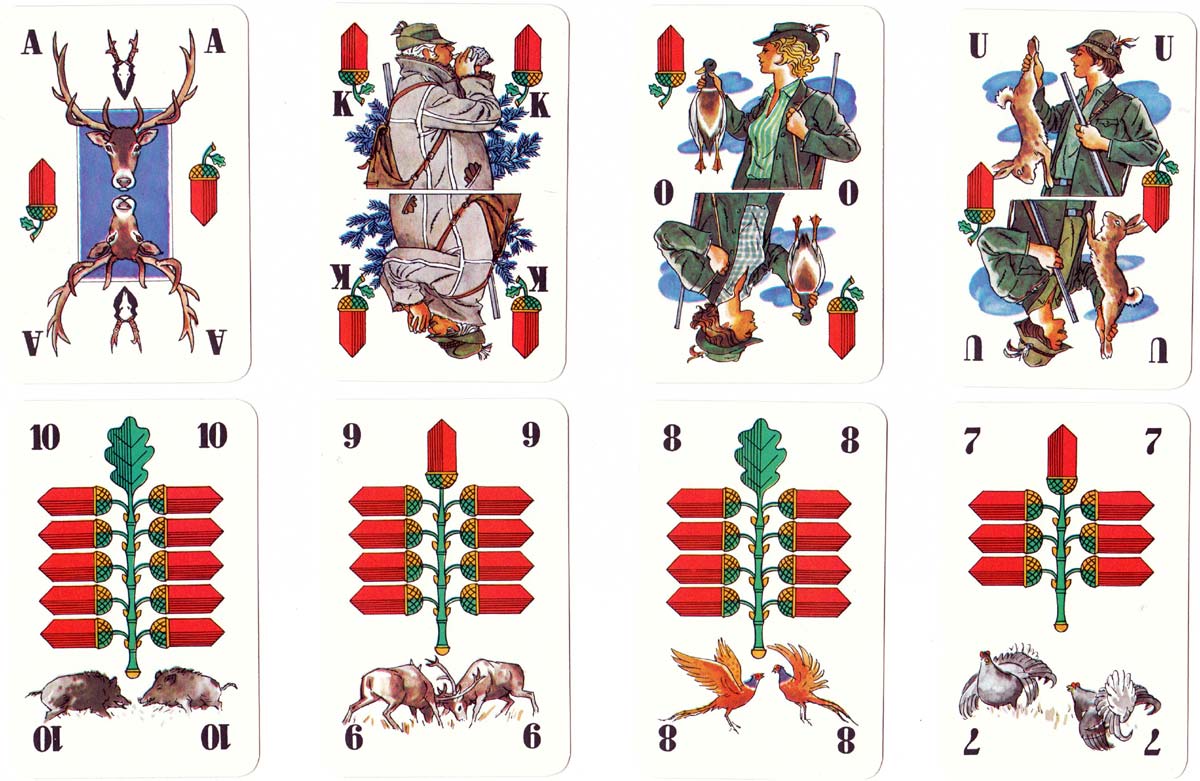 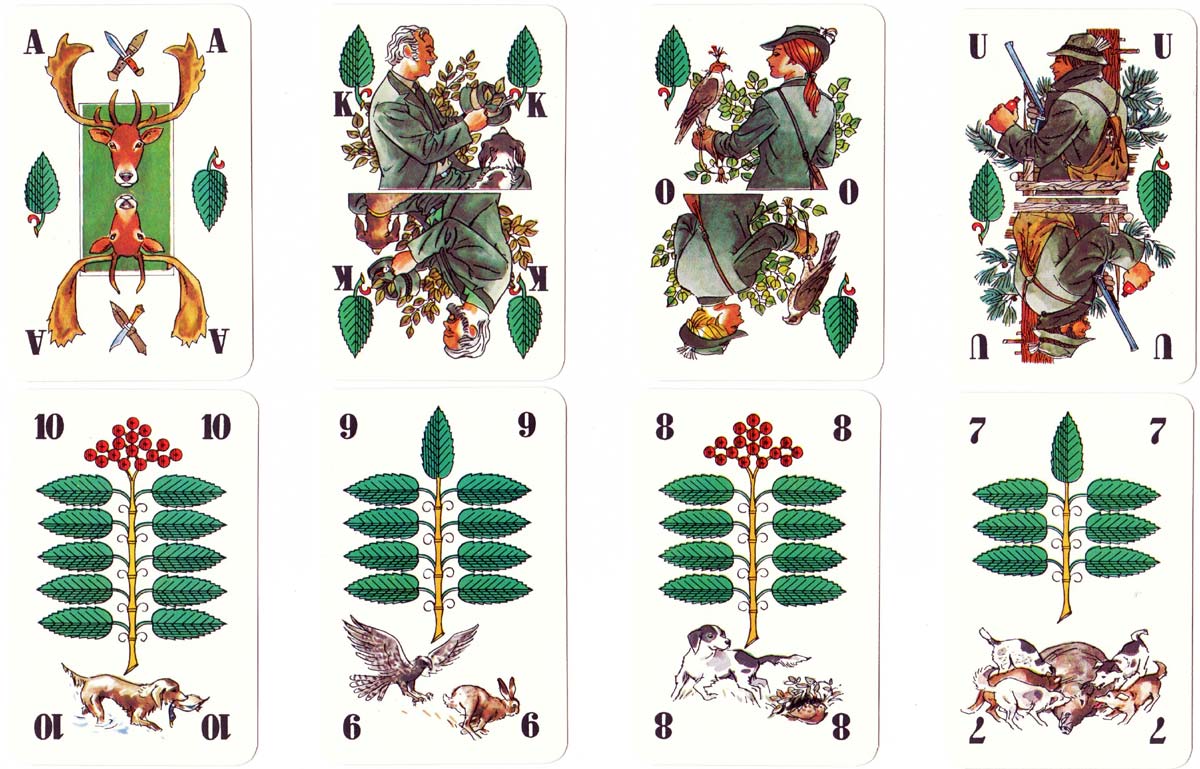 Above: German-suited hunting themed deck made by VEB Altenburg, 1980. 32 cards. This deck was also published with French suit symbols. The ‘Cœur’ logo can be seen on the seven of hearts. Images courtesy Rex Pitts. 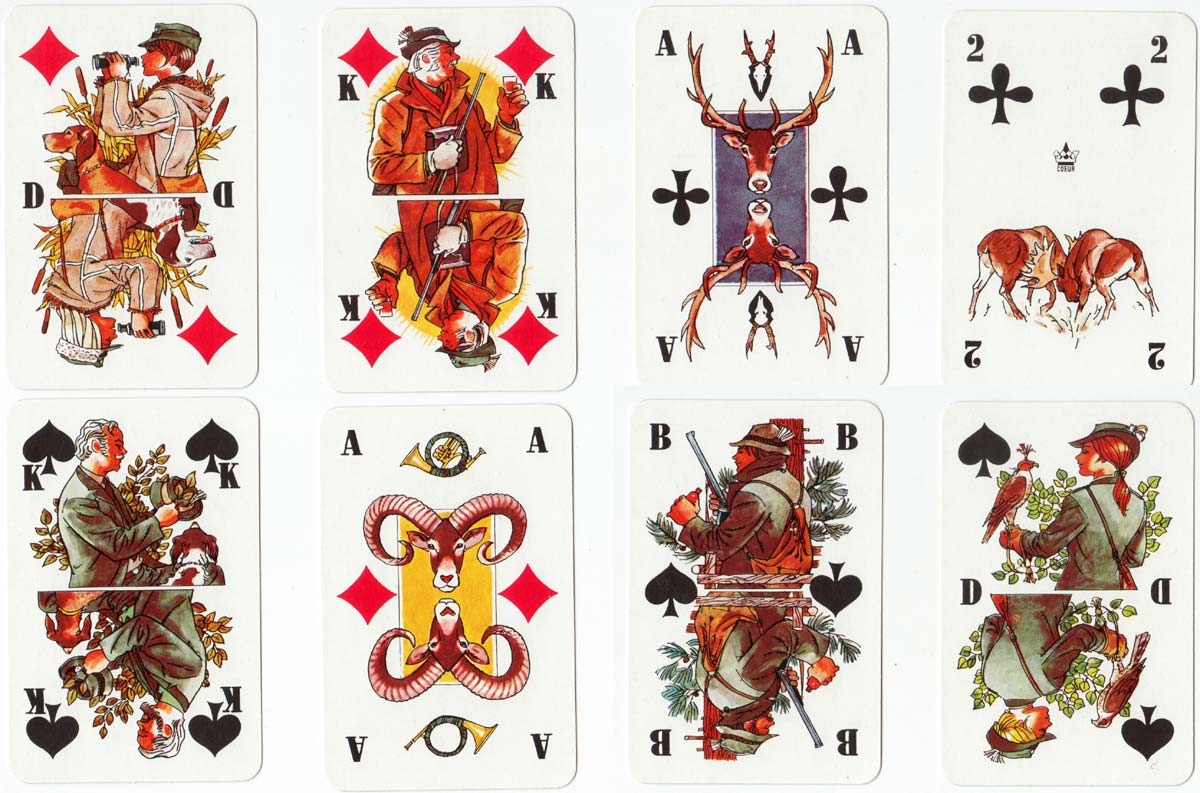 Above: French-suited version of the hunting themed deck made by VEB Altenburg, 1980. This version contains 52 cards + 2 jokers. The ‘Cœur’ logo can be seen on the two of clubs. Images courtesy Rex Pitts.