Johann Matthaus Backofen of Nürnberg is known from packs produced during the period c.1780-c.1810 including Italian-suited ‘Trappola’ packs, Animal Tarots and fortune-telling cards. In this pack the Paris-derived court cards have been given an individual style, fashionably dressed including zodiac symbols on some of the costumes. Two of the Kings have lost their crowns.

French-suited cards arrived in Germany during the 18th century and many beautiful French-suited packs were produced in Germany, including some local variations derived from the Paris pattern.   See also:  similar decks by Johann Jobst Forster   Joseph Losch 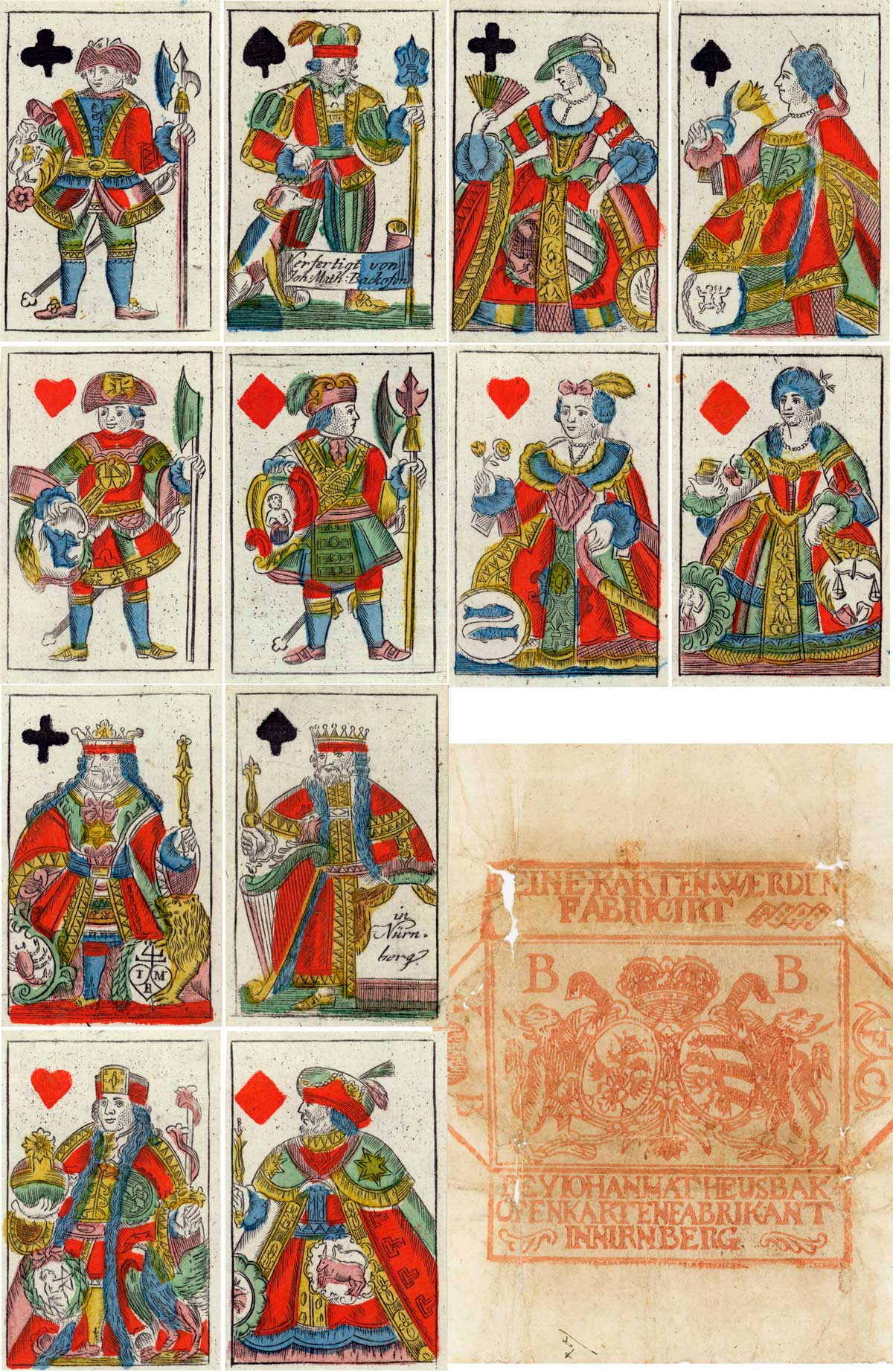 Above: deck manufactured by Johann Matheus Backofen, Nürnberg c.1800. Copper engraved, stencil coloured deck of 52 cards with original wrapper. The manufacturer's monogram can be seen on the King of Clubs. From the collection of Klaus-Jürgen Schultz (http://spielkarten-sammlung.de.