A deck made by Johann Jobst Forster, Nürnberg, first half of 18th century, copper engraved, hand-coloured with 10 colours.

The French “Paris pattern” was established as such around the middle of the seventeenth century (based, perhaps, on the cards of Hector of Troyes). The cards had single-figure courts until around 1830 when the double-ended version came into use. The court cards are usually named. French-suited cards arrived in Germany during the 18th century and many beautiful French-suited packs were produced in Germany, including some local variations derived from the Paris pattern. In some cases the manufacturers incorporated Austro-Hungarian eagles into the designs of this pattern, whilst others retained the fleur-de-lis as well as the French names on the courts. This pattern was superseded in Germany by the rise of the Hamburg pattern. 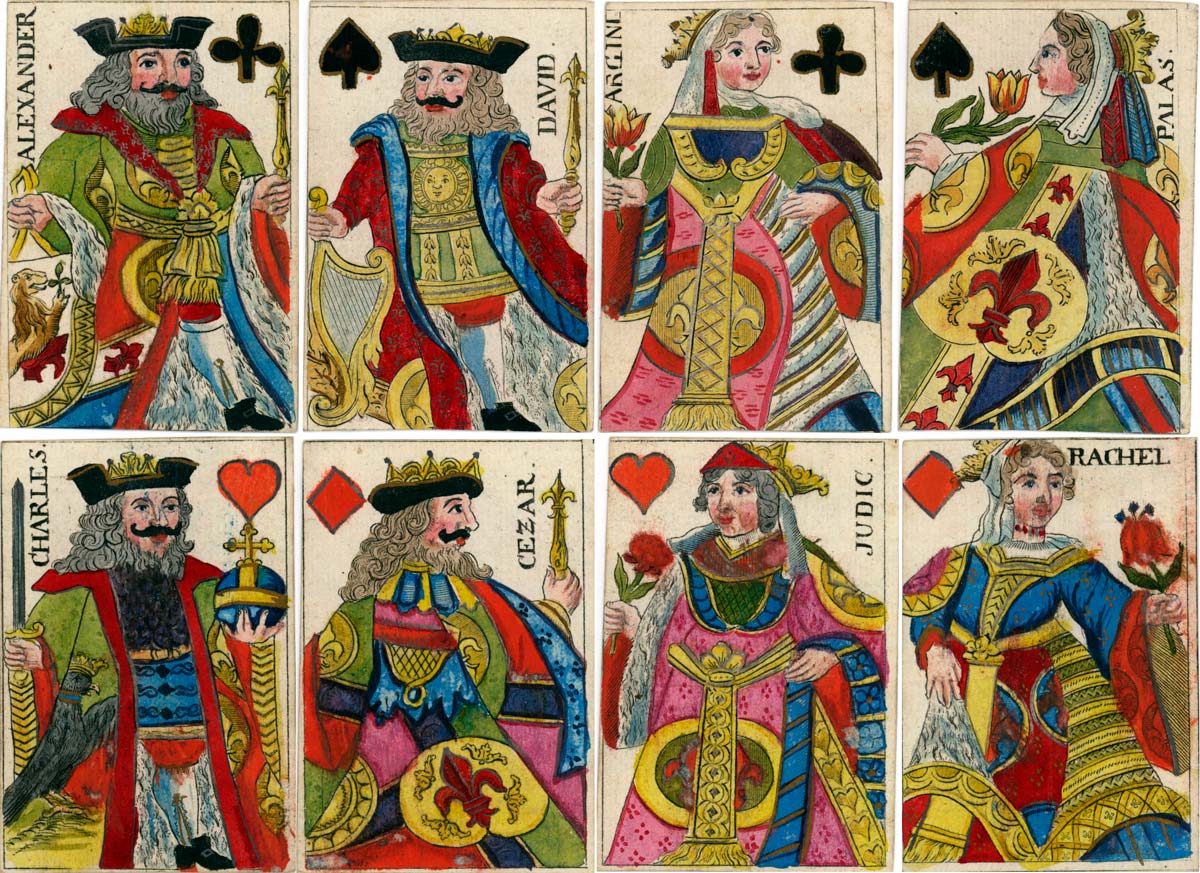 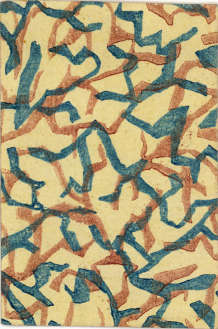 Above: twelve cards and back design from deck made by Johann Jobst Forster, Nürnberg, first half of 18th century. Paris pattern, copper engraved, hand-coloured. The manufacturer's name can be read on the Jack of Clubs, whose shield bears a unicorn motif.