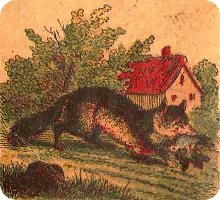 Mlle Lenormand Fortune Telling cards manufactured by Vereinigte Stralsunder Spielkartenfabriken, Stralsund, c.1890s. The pack has 36 cards. Identical cards were produced by V.S.S. into the 20th century. The centre of the trademark on the seven of clubs shows the coat-of-arms of Stralsund (see: wikipedia.org/wiki/Stralsund). V.S.S. used several trademarks over the time. The explanation leaflet accompanying the pack describes it as “The pack of the famous fortune-teller Mlle Lenormand in Paris”, and it is written by ‘Philippe, the heir of Mlle. Lenormand’. Packs like this (or with verses) were made by most German playing-card makers; probably best known are the two Dondorf packs. 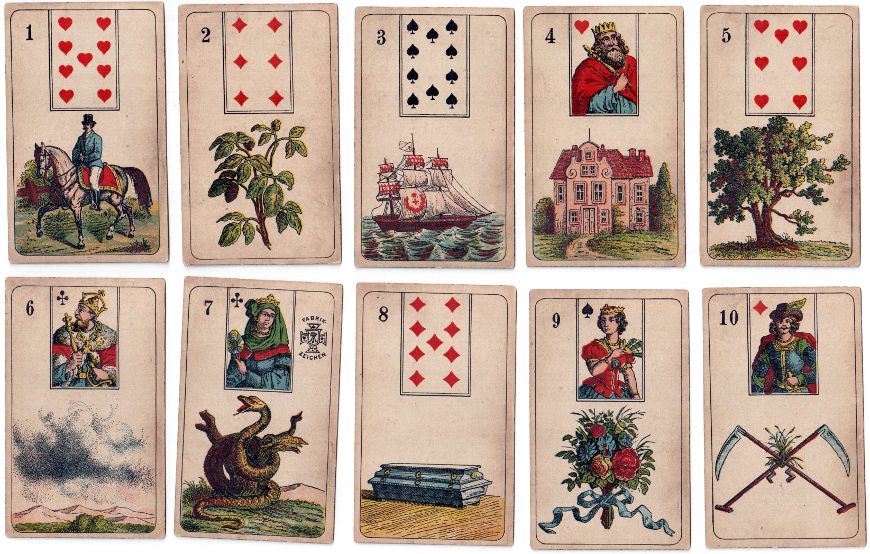 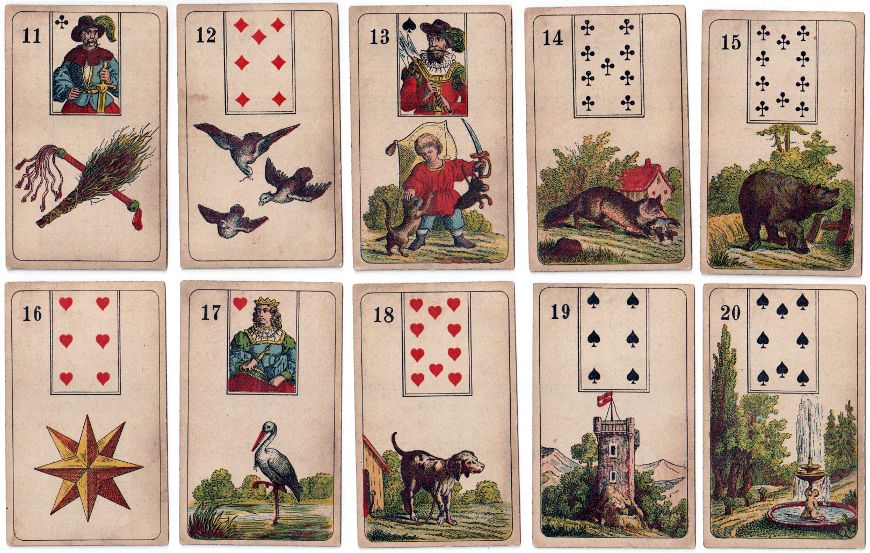 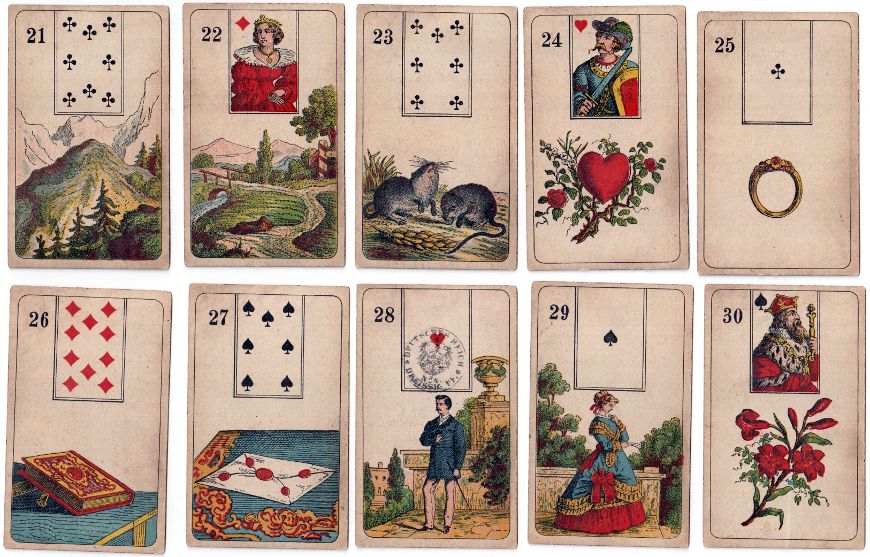 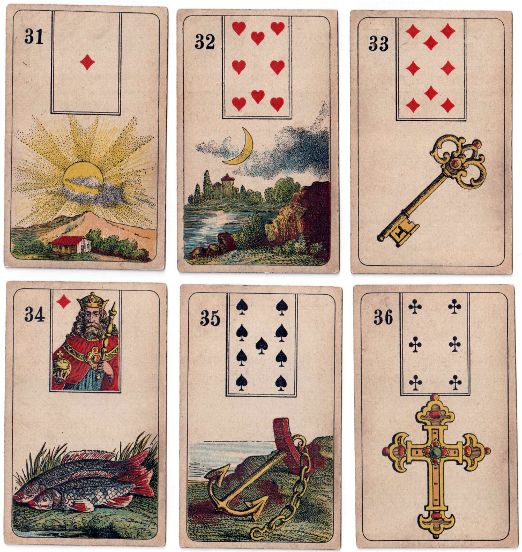 Note: Mary Greer has shown that the earliest forerunner of the Lenormand cards is a 1796 book in English. See Mary K. Greer's Tarot Blog→