Above: the ace of spades depicts Himinbjorg, the celestial mountains where the rainbow Bifroest touches the sky. The fallen heroes rode along Bifroest to Valhalla. The ace of diamonds depicts the Ash of Yggdrasil, the world tree. Its root is divided into three parts. One is situated in Nifilheimur (the Underworld of Mist) where the well Hvergelmir is. The second is in Jõtunheimar (World of Giants) where Mimis well is found, and the third in Micklegarth (Old Icelandic name of Constantinople) with the Urd well. From it the three Norns (Fates) bring the gods the drink of wisdom. The ace of hearts represents Valhalla, the residence of Odin and the fallen heroes. It was bright as gold and covered with shields. The ace of clubs depicts the Starred Sky, created from the skull of the giant Ymir. Four dwarfs support it; East, West, North and South.

Below: the remainder of the cards depict gods, their wives or consorts from Icelandic or Norse mythology. 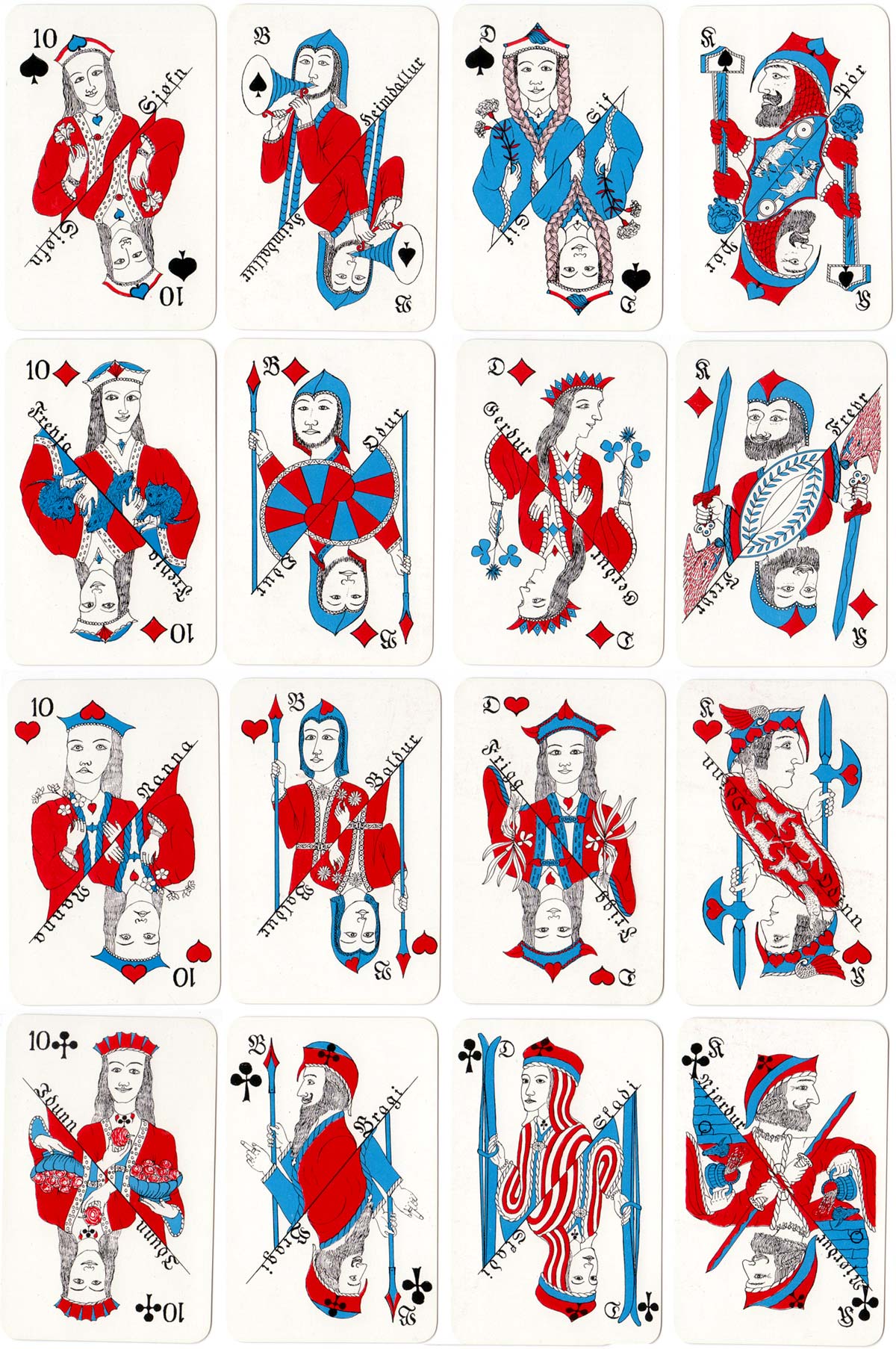 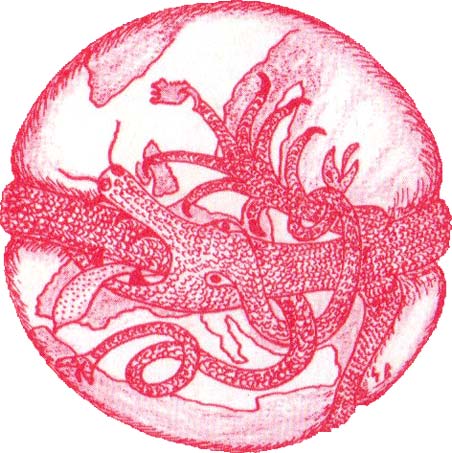 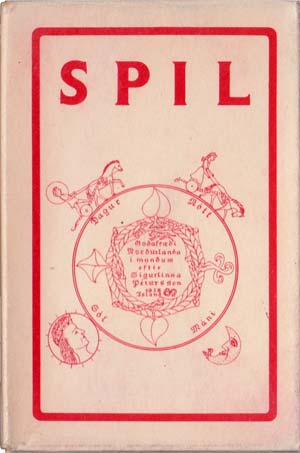