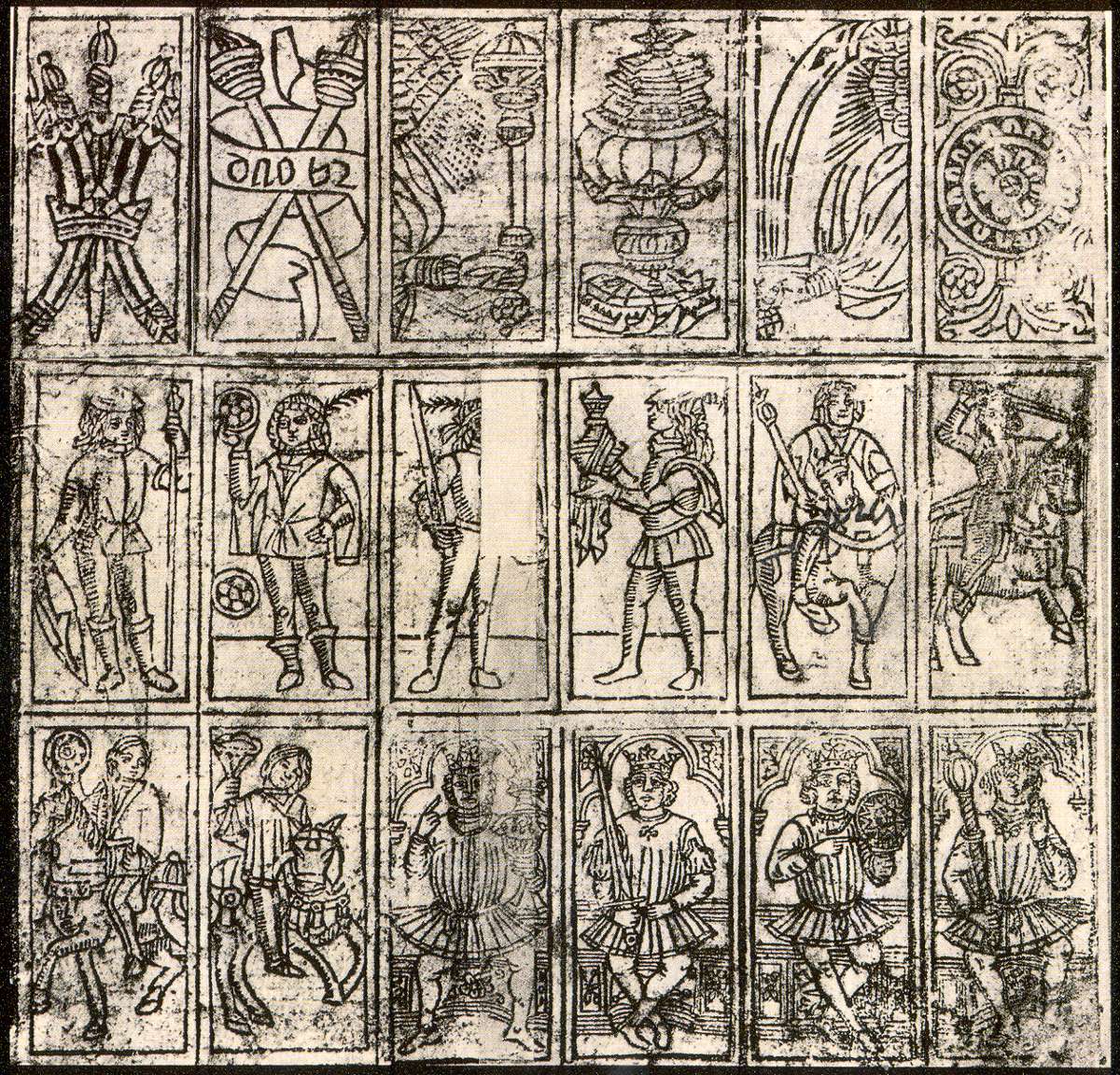 Above: eighteen cards from a pack of an early form of north Italian playing cards, printed from woodblocks, with the swords back-to-back and curved outwards. Believed to be Venetian, late 15th century. The inscription on the two of batons, whilst at first glance resembling “ano 62”, may in fact be an inscription reading “duos” as the numeral cards in the batons suit have inscriptions giving their values written in what appears to be Venetian dialect. Kings seated on thrones is a format found in other early Italian cards, as well as early Swiss and German cards.

By the 15th century there was interchange of Italian and Spanish suited cards across the Alps. 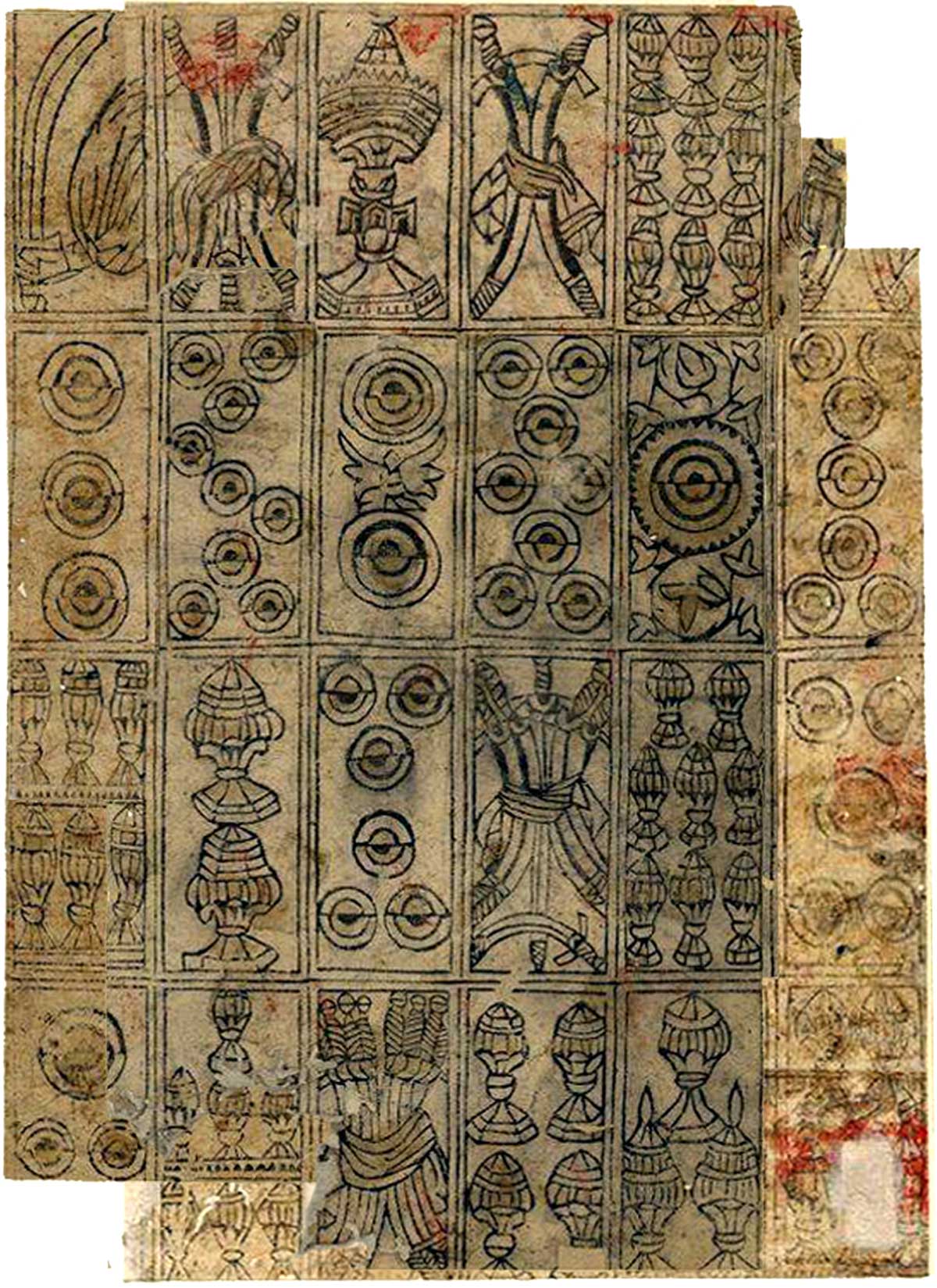 Above: reconstruction from several 16th or late 15th century north Italian fragments of partially coloured uncut sheets of cards. The swords and batons suit symbols are curved outwards in the same way as seen in early Spanish-Portuguese cards. The arrangement of the suit symbols and accompanying decorations are also reminiscent of the Mamluk Playing Cards from the Topkapu Museum in Istanbul. The original cards are located in Szépművészeti Múzeum (Museum of Fine Arts), Budapest.

Below: more examples of the same style of cards, printed from woodblocks, are shown below which in these cases are very early tarot packs. 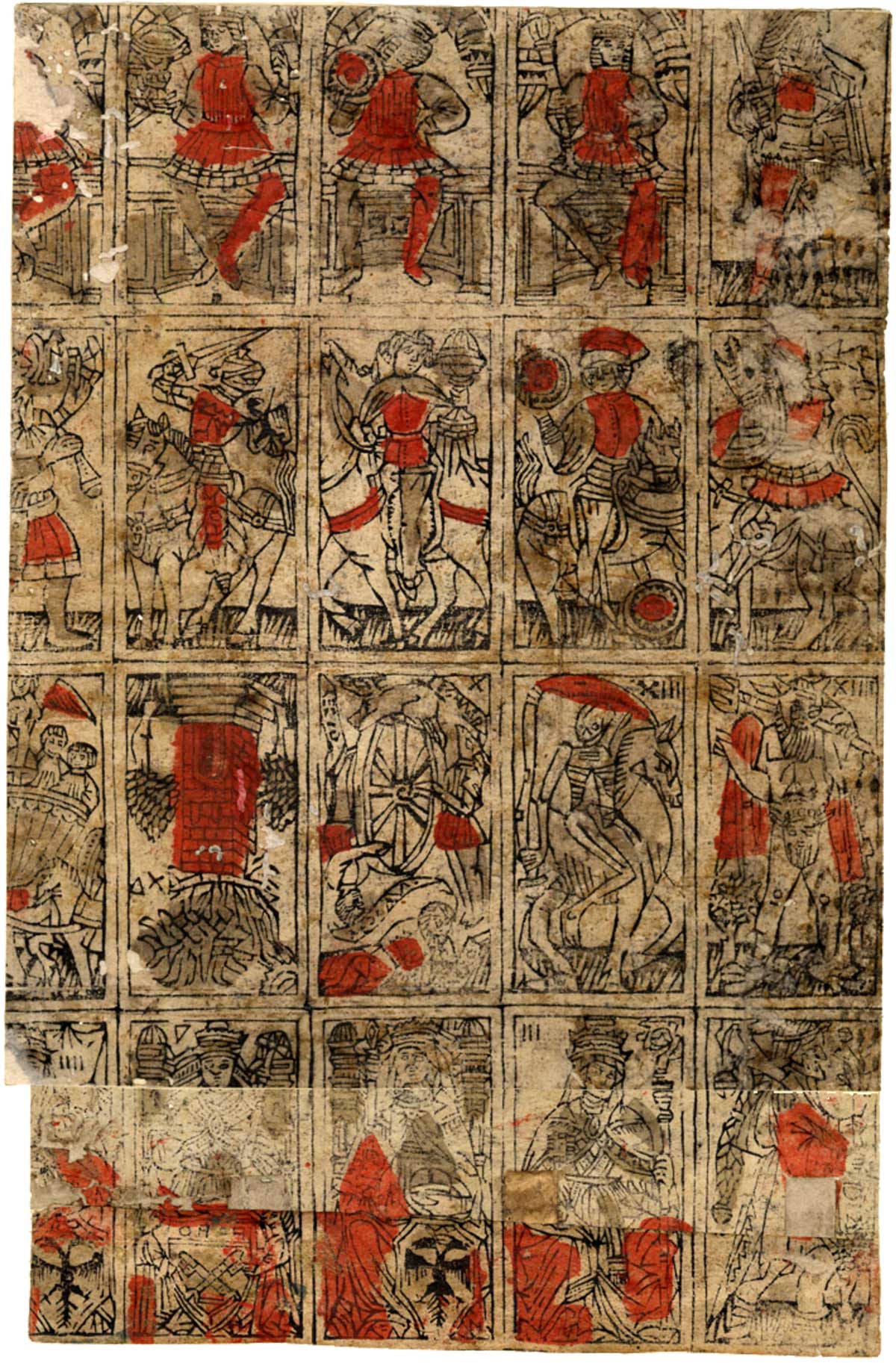 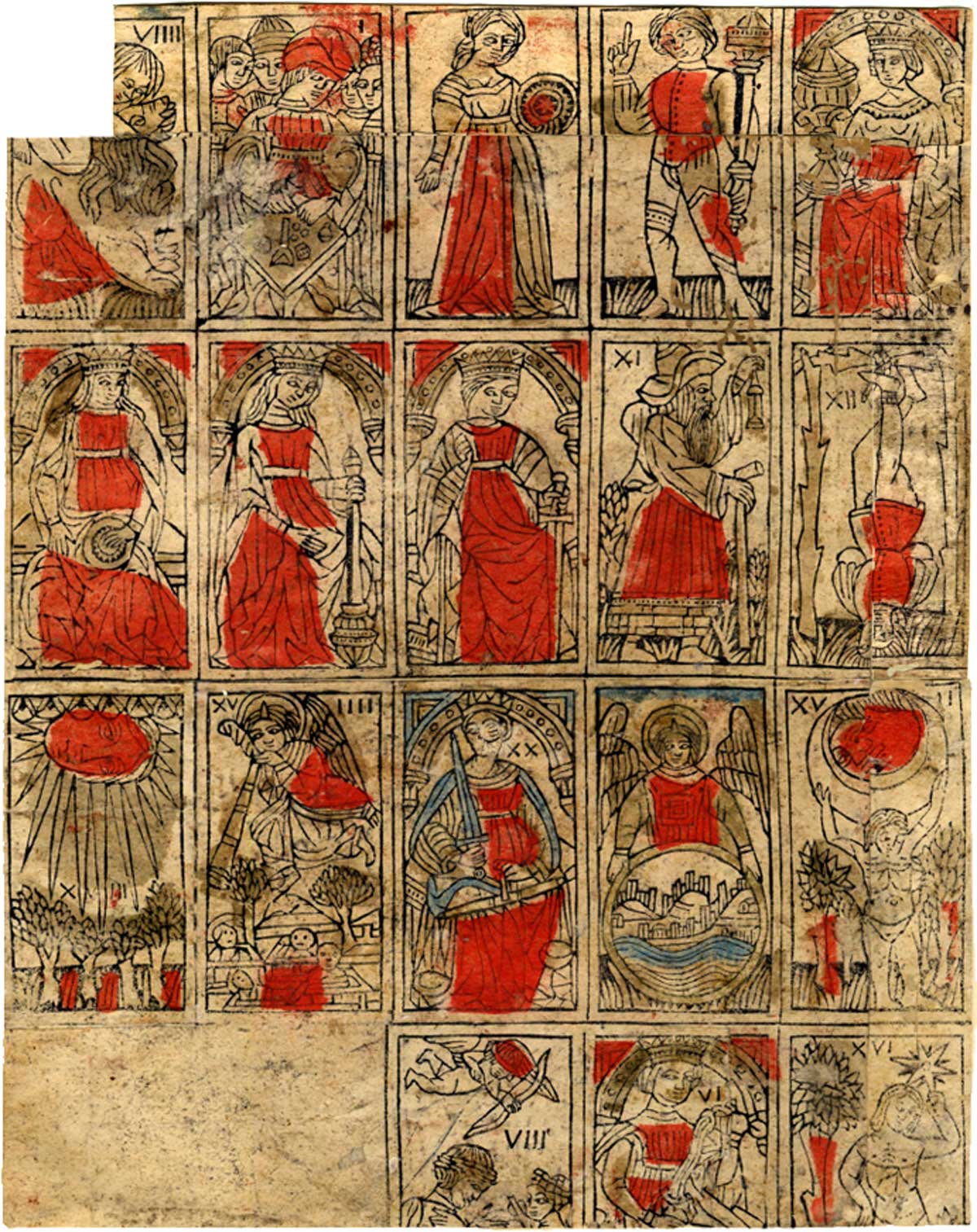