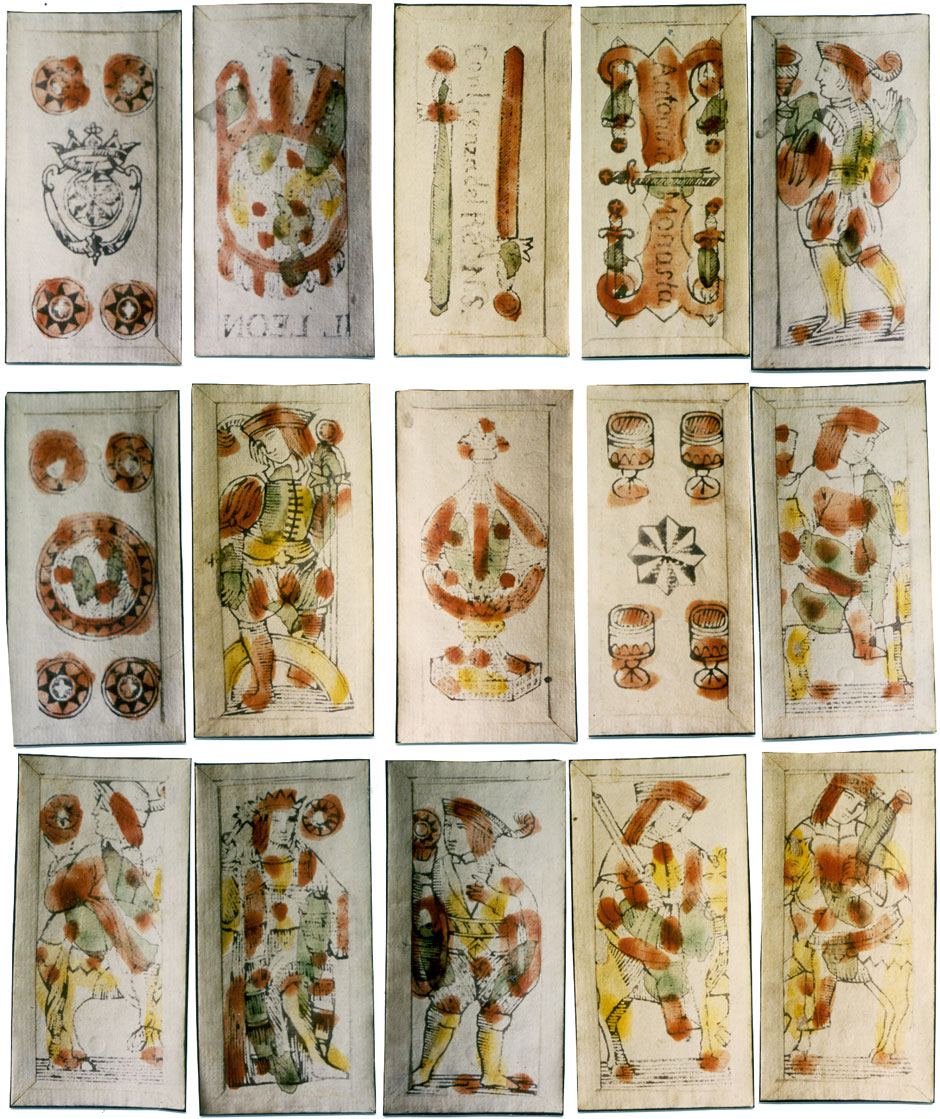 "Il Leon" Sicilian playing cards, 40-card pack based on Spanish designs, made in Sicily by Antonio Monasta, probably 17th century. When the Spaniards occupied Sicily, licenses were given to local card makers to manufacture cards, hence the inscription on the two of swords reads "Con licenza del Rey N.S." The colouring is predominantly orange, green and yellow and rather crudely applied as though with the finger tips. The back papers turn over the front edges of the cards, a feature found in Italian cards but not Spanish ones. This pattern was replaced by the modern Sicilian type.