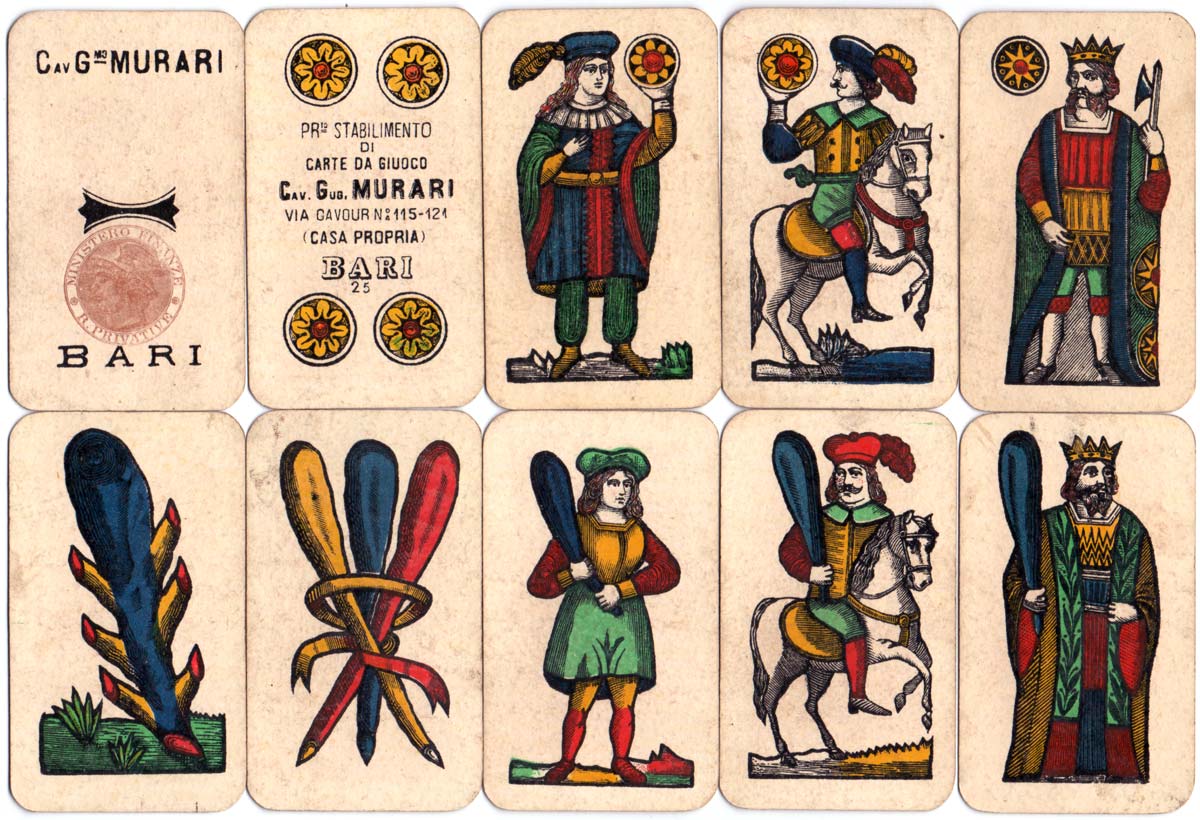 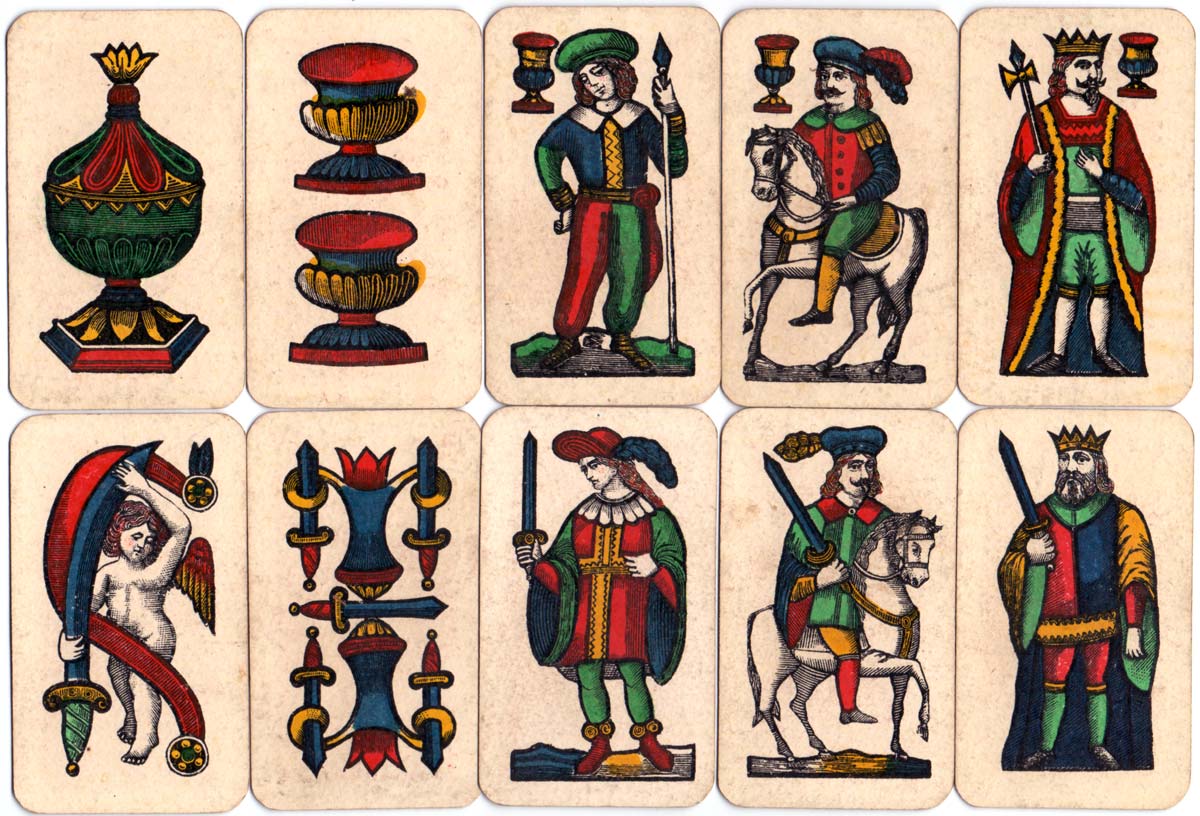 Above: cards from a Romagnole pattern 40 card pack made by Guglielmo Murari of Bari (c.1880-1929), in around 1920. The cards were originally wood engraved, but this example has been printed lithographically. The engraving of the factory is taken from the wrapper.

Right: 2 Lire tax band, which was affixed around the outer wrapper, with the legend 'R. Privative' which also appears on the tax stamp visible on the ace of coins.

The Romagnole pack - used in the Romagna region - has a similar composition to the Piacentine pack and an angel on the ace of swords. Cards displaying Spanish style occur in those parts of Italy formerly under Spanish influence, such as 'Napoletane', 'Piacentine', 'Romagnole', 'Sarde' and 'Sicilian' types. 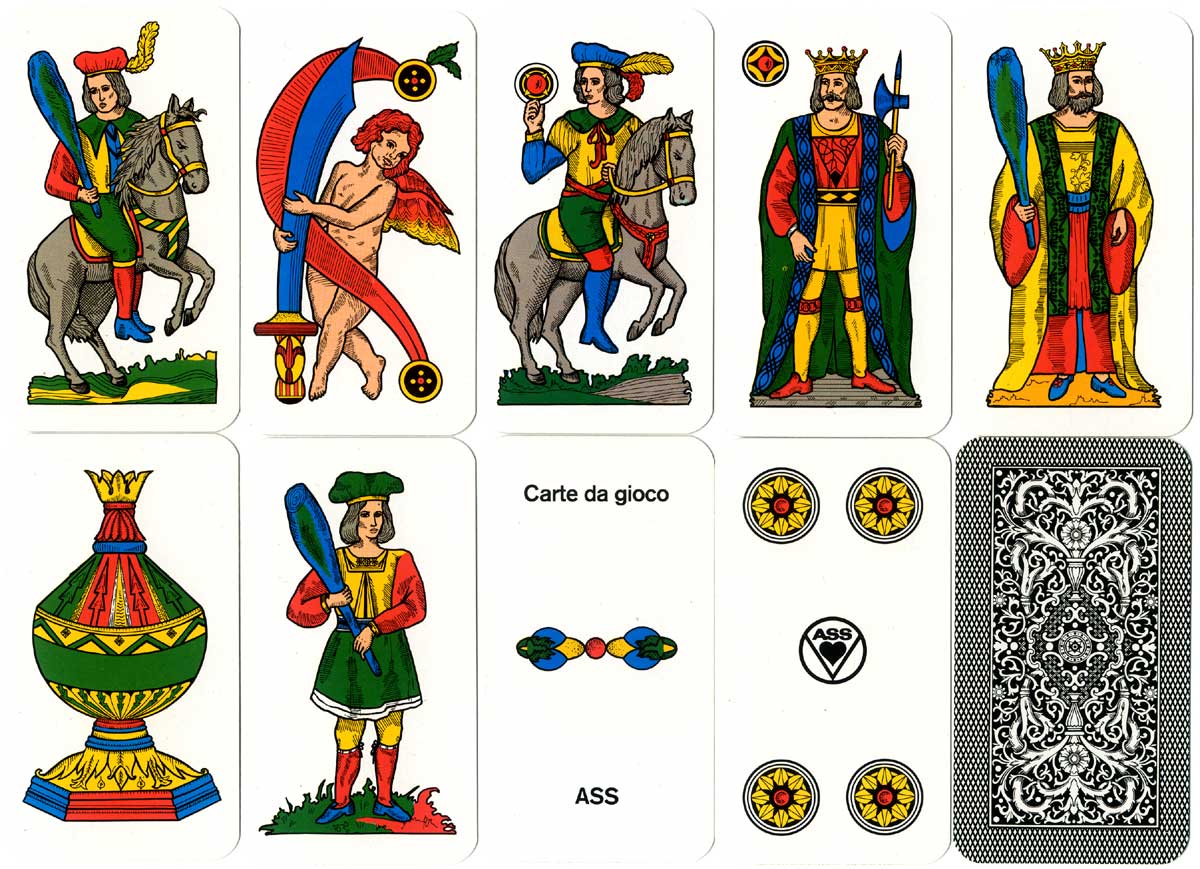 Above: Romagnole pattern cards made in Germany by A.S.S.