Cartine da Gioco Vesuvio Nannina children's playing cards, 40 cards, size: 48x35 mms. The Naples or Neapolitan pattern has much the same origins as the Sicilian pattern, many figures clearly having Spanish antecedents although not associated with any particular Spanish pack. It has a small format and examples are known from the late 18th century. The Jacks of Swords and Clubs resemble figures in the early Sicilian pattern. The courts stand on coloured platforms and the eagle on the ace of coins is double-headed and uncrowned. The tax stamp normally goes in the lower circle on the ace of coins. 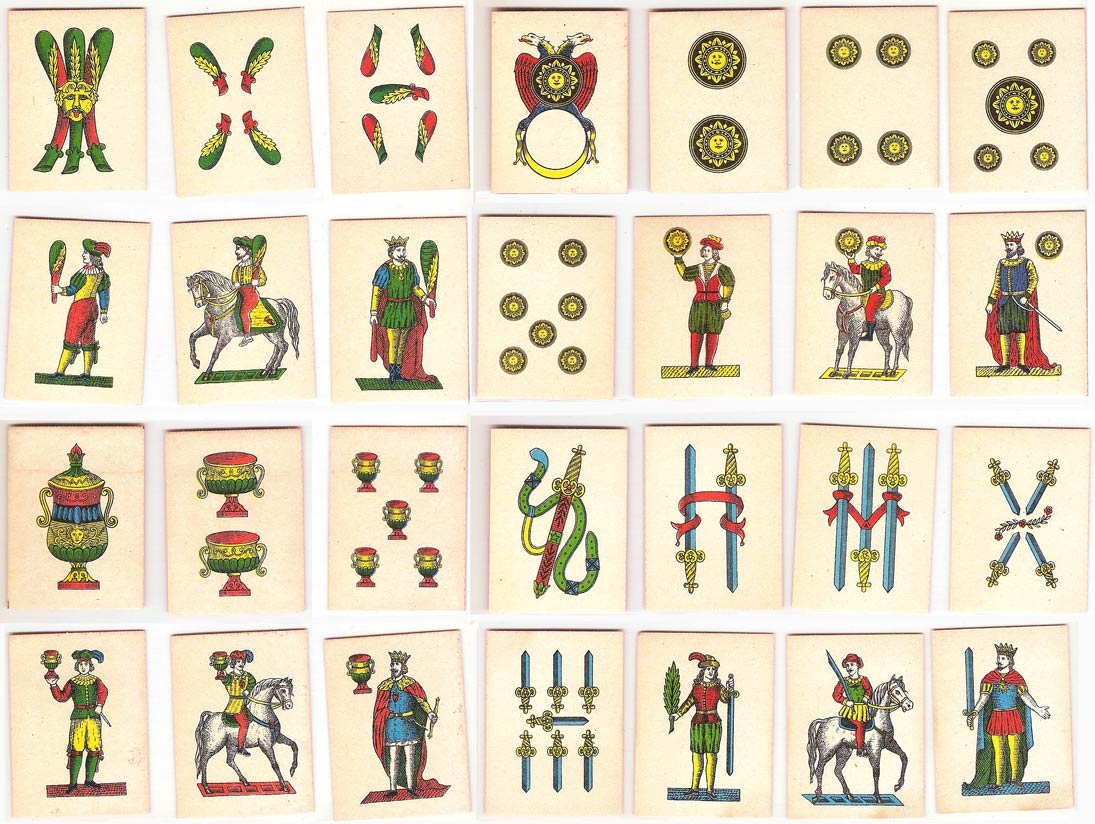 Above: cards from a children's pack, Neapolitan pattern, Italo-Spanish suits, 40 cards. A gargoyle face looks out from the intersection of the 3 of clubs. This pattern is always single-ended: double-ended versions are not known.   see also: Napoletane by Modiano→ 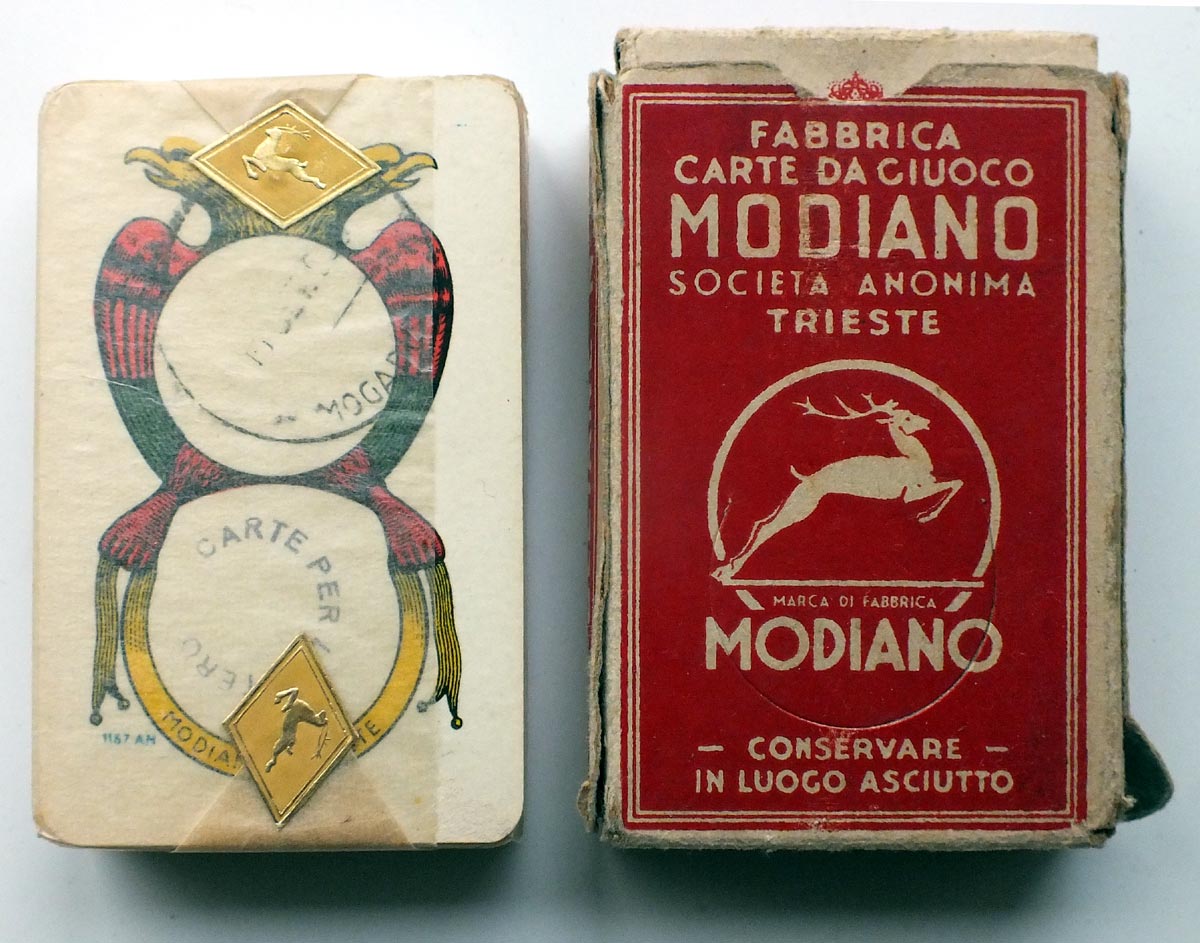 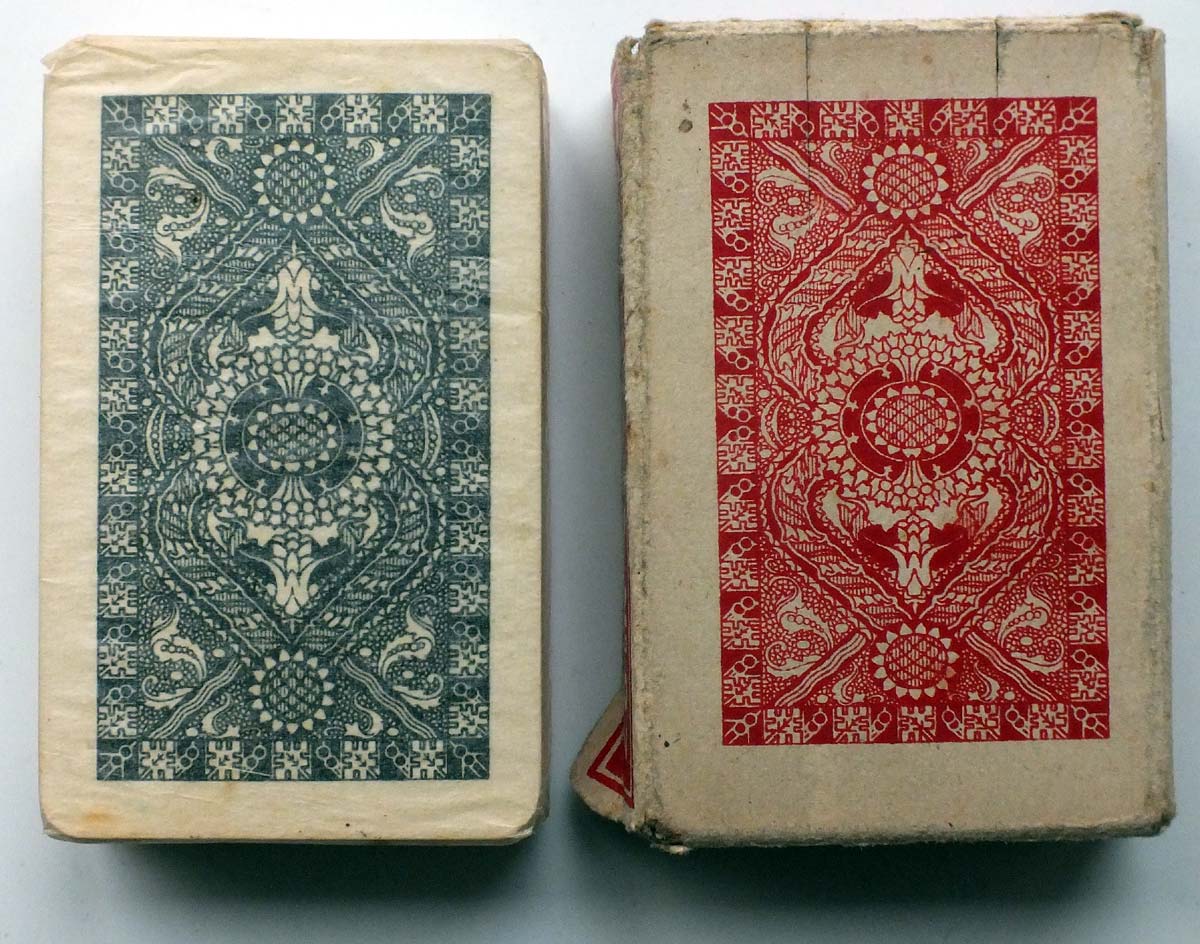 Above: unopened copy of Neapolitan pattern No.97 by Modiano in factory wrapper, export tax stamp visible on the ace, 1958 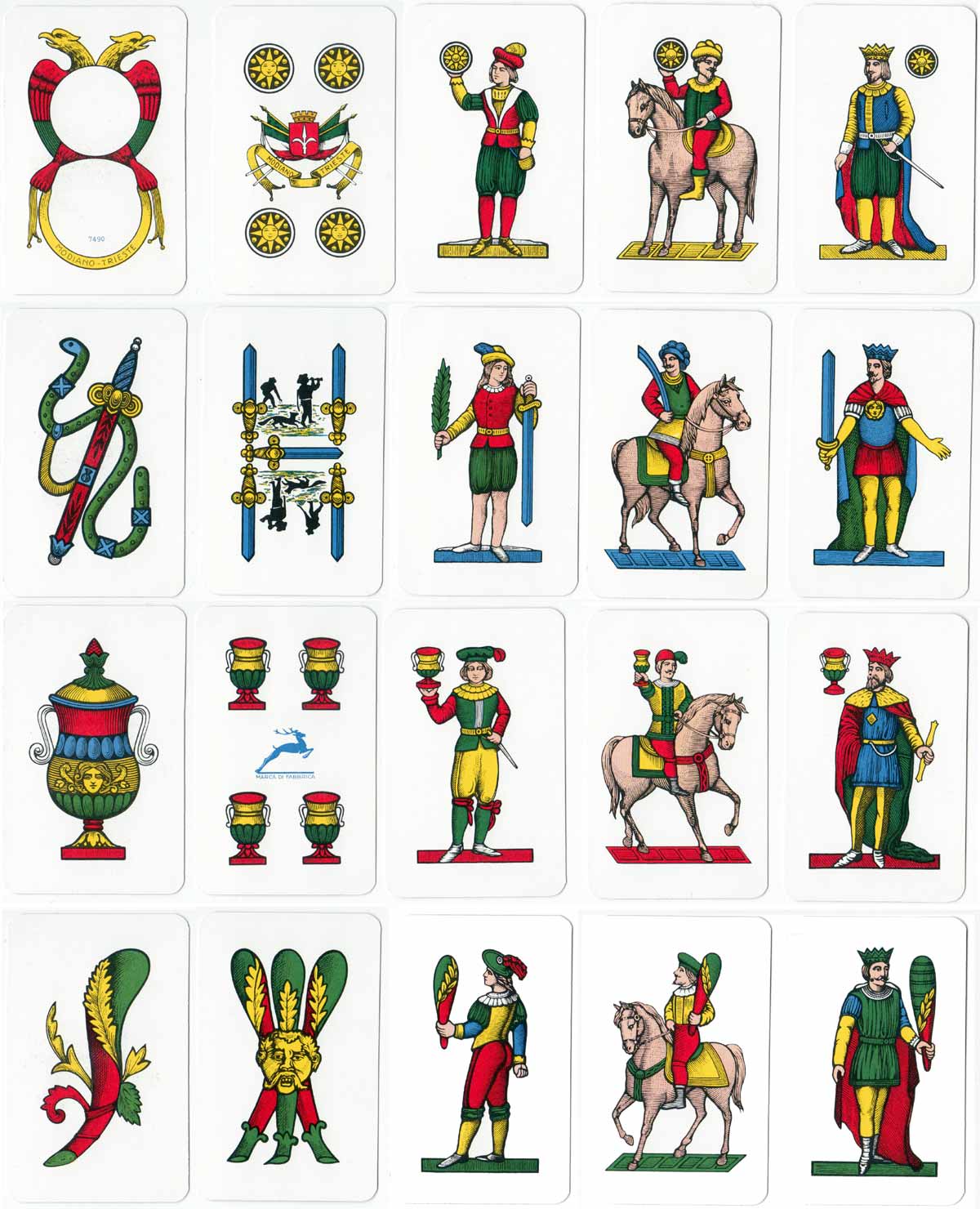 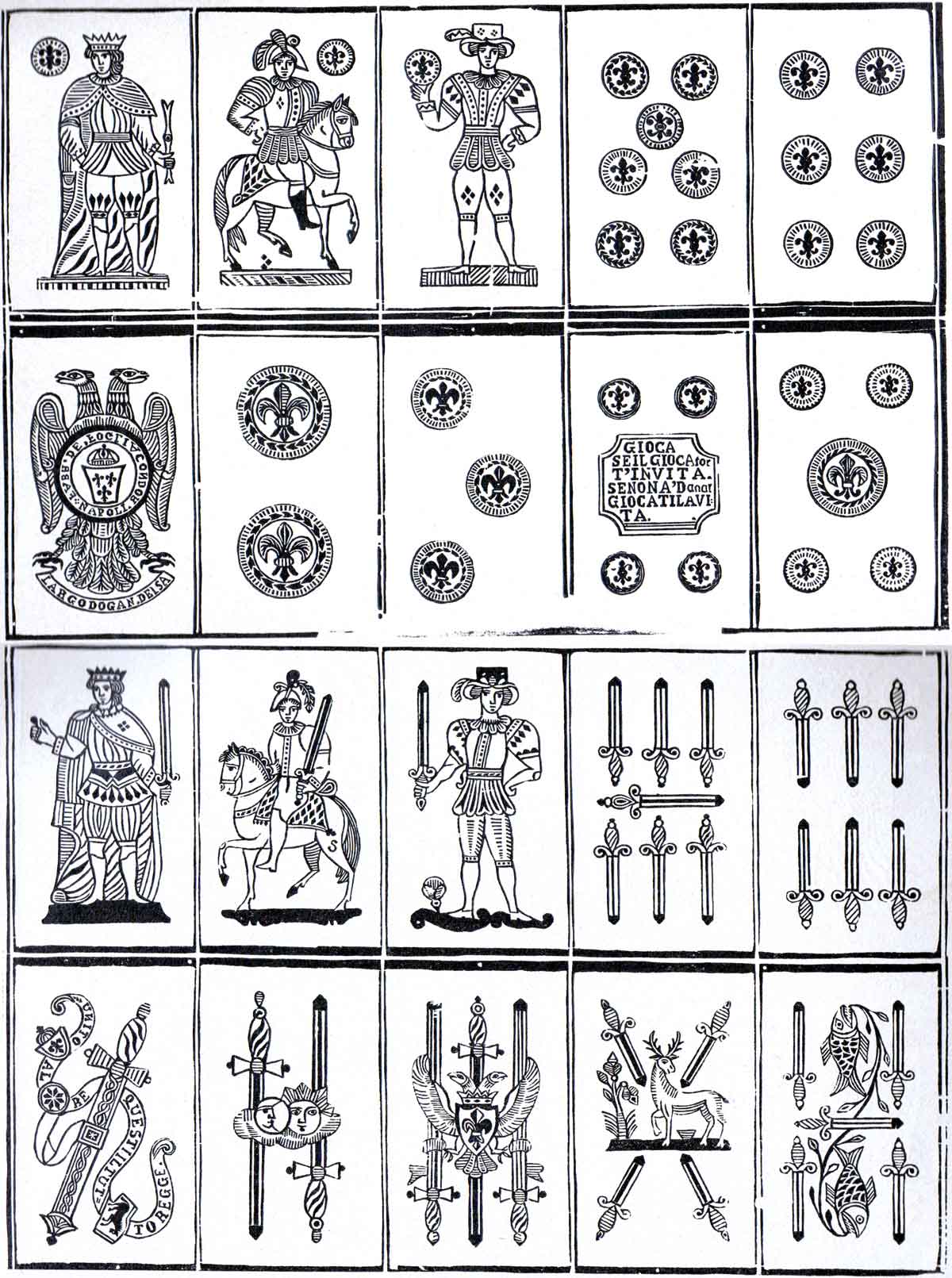 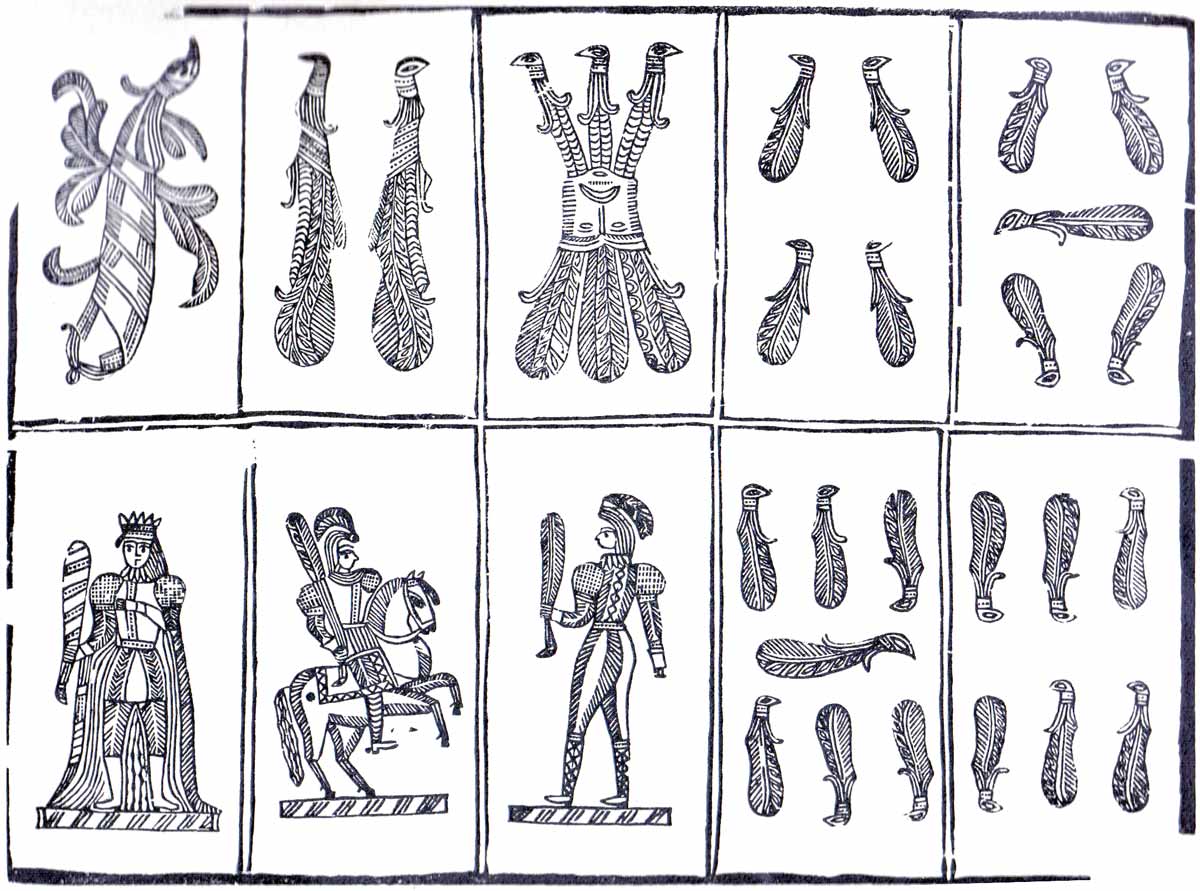