There are 9 families, the families surnames are: Stone, Tack, Dauber, Bun, Bone, Weeder, Plod, Fillet and Dose. We can see that Dickie Dose is studying to become a Doctor, like his father, whilst Daisy Dose is giving her teddy bear an injection. 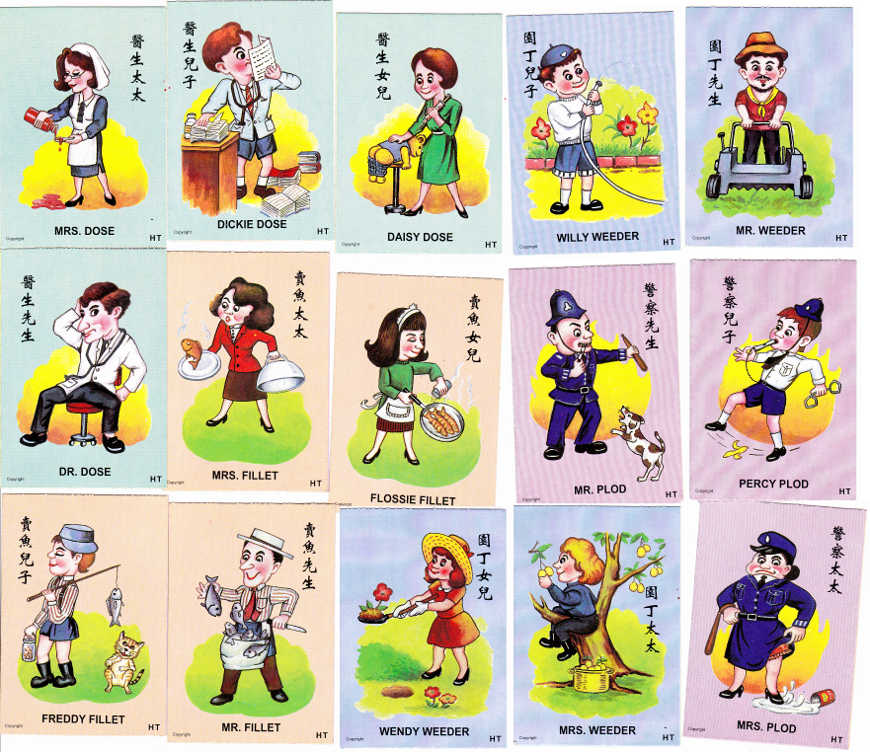 Above: Happy Families designed and created by Ooi Yan Hee, manufactured by Hee Trading Co., Malaysia, 1984. The family names are in the correct tradition where the first names of the family members commence with the same letter as the surnames, e.g. Freddy Fillet, Wendy Weeder, etc. However, the translations are far more sober than their English names. The Plod family are simply called the “Police” family in Chinese. The Dose family is similarly styled the “Doctor” family. The Sons and daughters of the families are named in the English text. The Chinese version does not, they are simply called “So and so’s Son” or “So and so’s daughter”. It also seems that the present “Happy families” deck is a redrawn version of “Happy Families No. 5864” by Tower Press. Images kindly supplied by Anthony Lee.

Above: this ‘Old Maid’ deck appears to be a transitional stage between Tower Press ‘Old Maid’, and the present decks published by Hee Trading. However, this deck is anonymous. Image courtesy Anthony Lee.

Above: “Old Maid” children's card game designed and created by Ooi Yan Hee, manufactured by Hee Trading Co., Malaysia, 1984. There are 18 subjects, 17 pairs of cartoon cards and a pair of old maids. (I presume that the user is to throw out one of the old maids). The card titles and images appear to have been inspired by Old Maid, no. 5862 published by Tower Press in the late 1950s. The same titles are used but some of the images are slightly different. Images kindly supplied by Anthony Lee. (Click image to zoom)

Above: “Donkey” children's card game designed and created by Ooi Yan Hee, manufactured by Hee Trading Co., Malaysia, 1984. The game is exactly the same as Old Maid, save how the loser is insulted. The structure of the deck is as in Old Maid, save the whimsical scenes are replaced by more bucolic ones  see more →

The designs appear to have been inspired by the earlier game published by Tower Press product no.5863 but with some modifications. For example, the Pigs were probably replaced because of religious/cultural sensibilities. Malaysia is a country populated with many Muslims, who consider the animal unholy. Likewise, the milk churns were probably replaced due to unfamiliarity with them in this context. There are 2 donkeys in the deck. I think the maker expected the player to throw one out before play. Images kindly supplied by Anthony Lee. 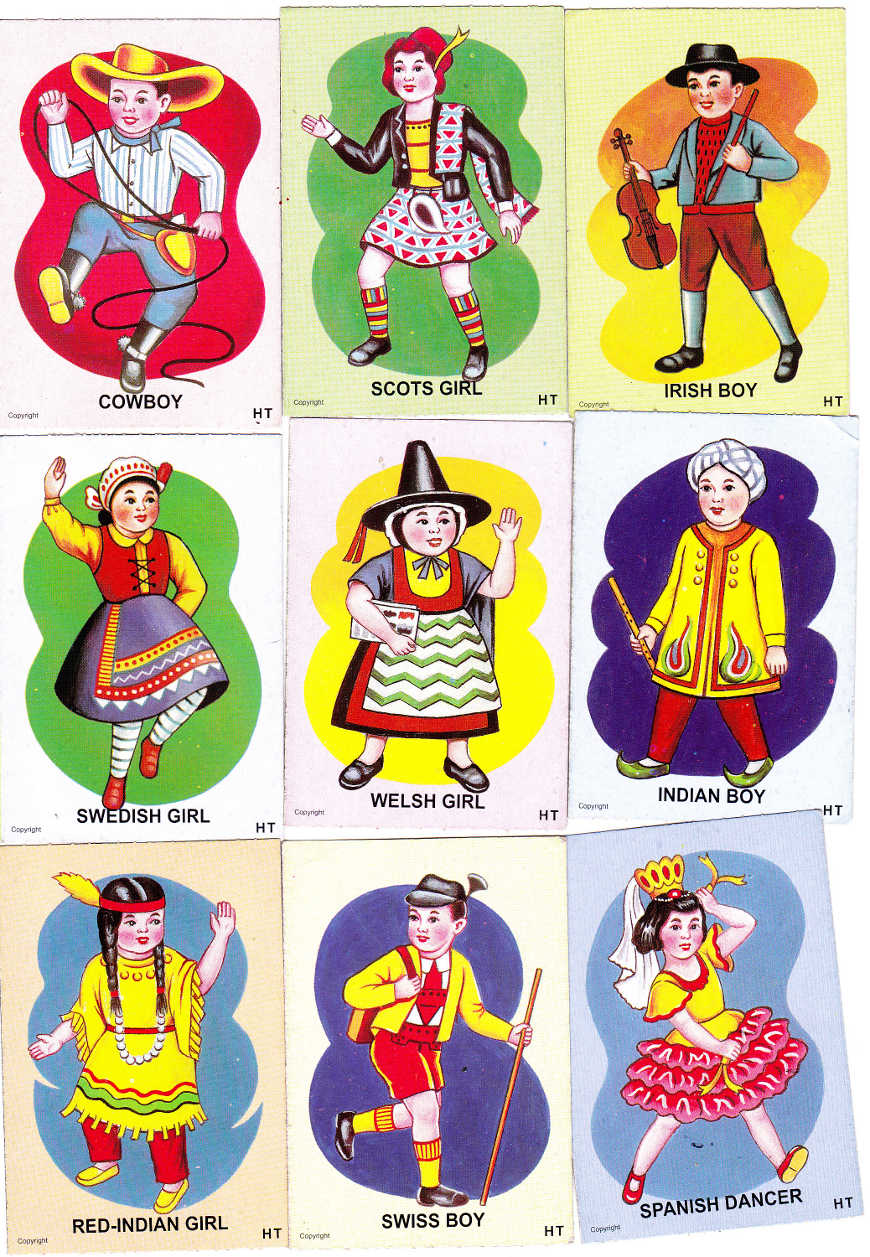 Above: “Snap” children's card game designed and created by Ooi Yan Hee, manufactured by Hee Trading Co., Malaysia, 1984. 36 cards, 9 characters repeated 4 times. The images appear to have been inspired by Old Maid, no. 5732 published by Tower Press in the 1950s. Images kindly supplied by Anthony Lee.

Just last year, Singapore celebrated its 50th Year of independence. Hee’s cards were given out in state-sponsored “Goody packs” for this occasion ( see: Keep SG Funpack postcard for SG50 goodie bag collection►). Hee’s cards were included as part of the “Good old games” that were played back then. Such is the presence of the cards on the Singaporean psyche.