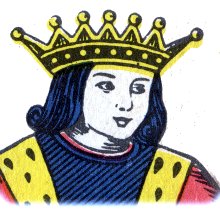 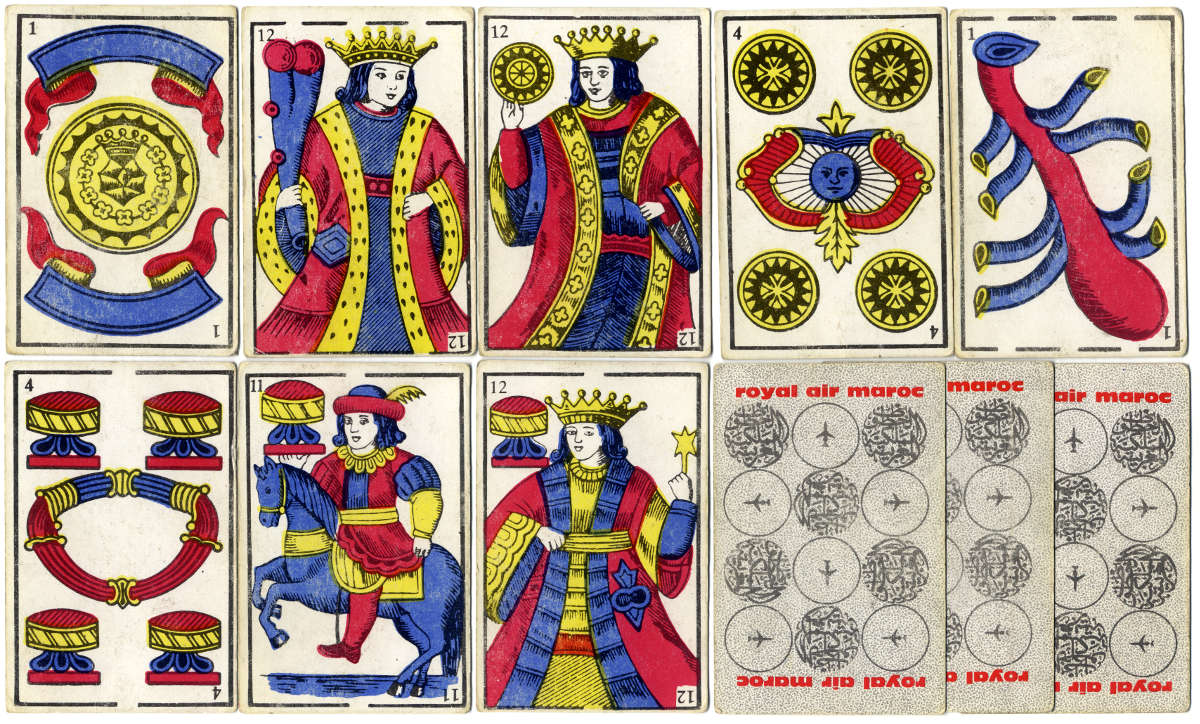 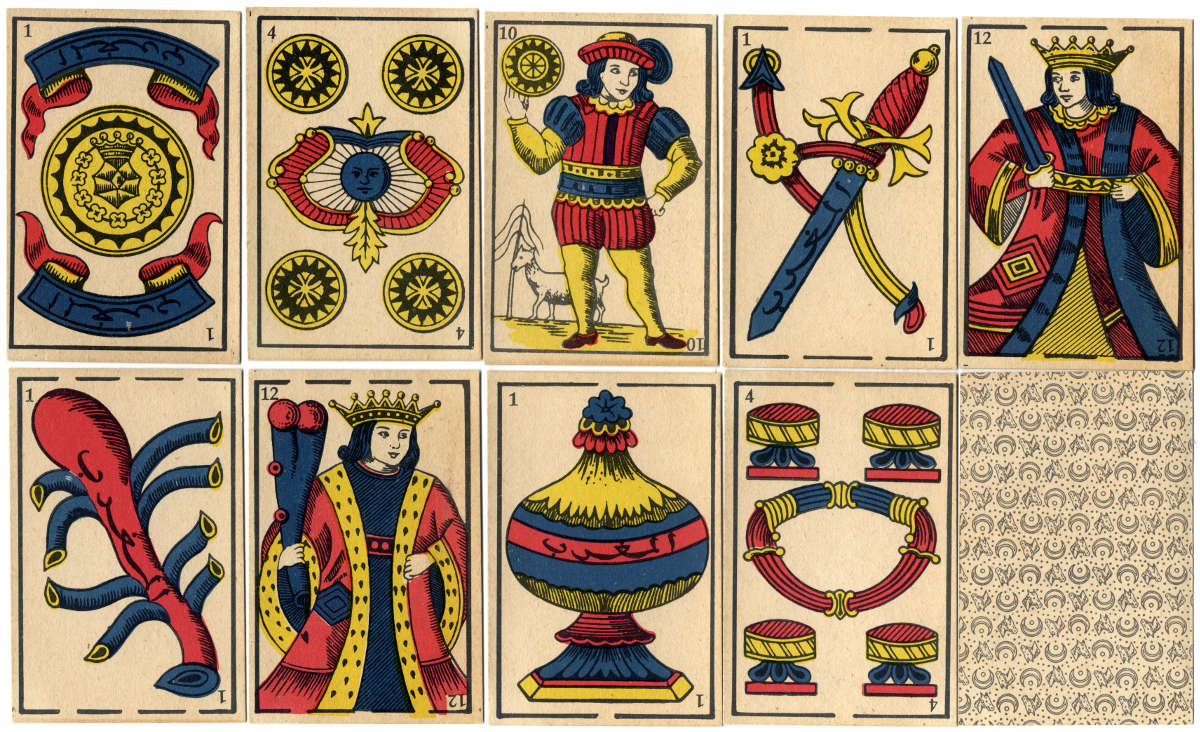 Above: anonymous Spanish-suited playing cards with Arabic inscriptions on several cards, 40 cards. Close inspection of the card designs, especially the faces, suggests this pack is by the same manufacturer as the above example for Royal Air Maroc. The back design has a repeating pattern of horse heads, moon crescents and dots.