Playing Cards from the Republic of Panama

Panama is the southernmost country in the Central American isthmus, southeast of Costa Rica and and just above Colombia on the map. Unfortunately not a lot of playing cards have been produced in Panama, only a couple of locally-produced tourist souvenir packs. Apart from that there is the range of Panama Canal Souvenir playing cards published by the U. S. Playing Card Co. between 1908 - 1926. No Spanish-suited packs are known and there is little literature on the subject. There was a tax imposed on Panamanian playing cards between c.1917-1926. 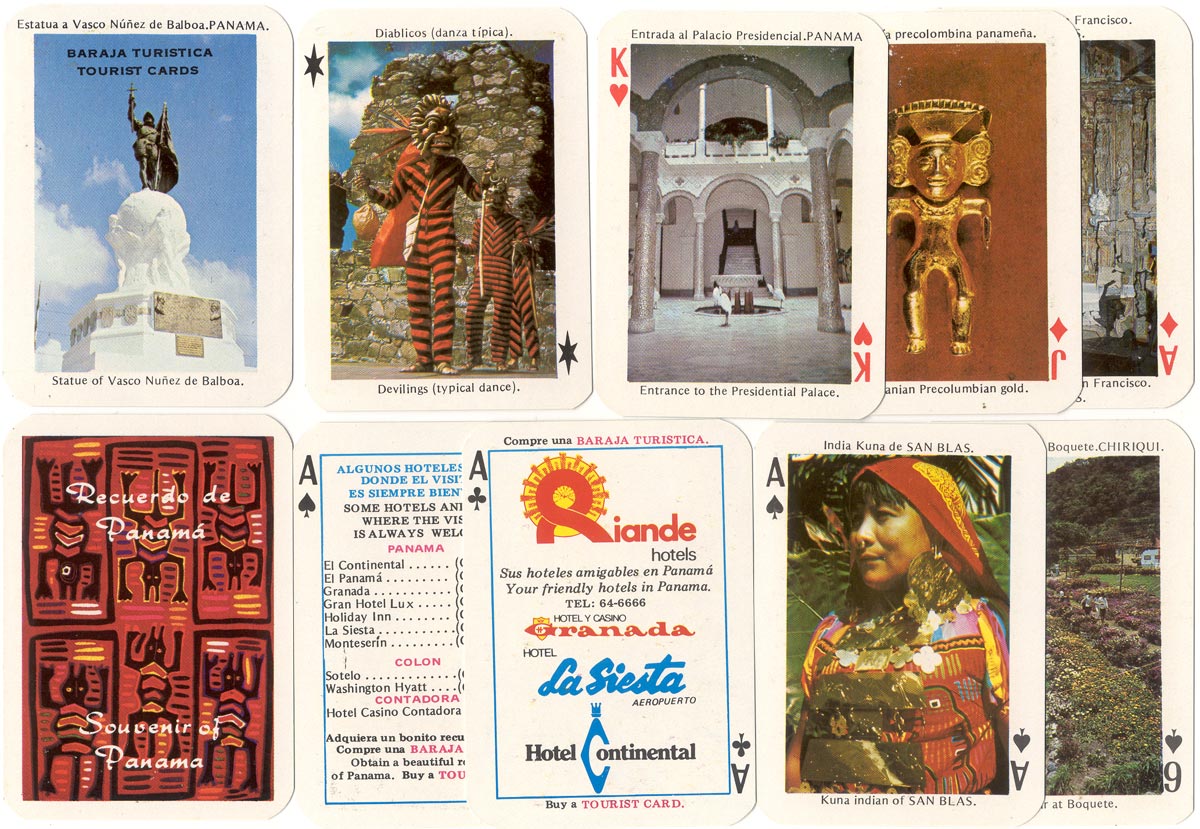 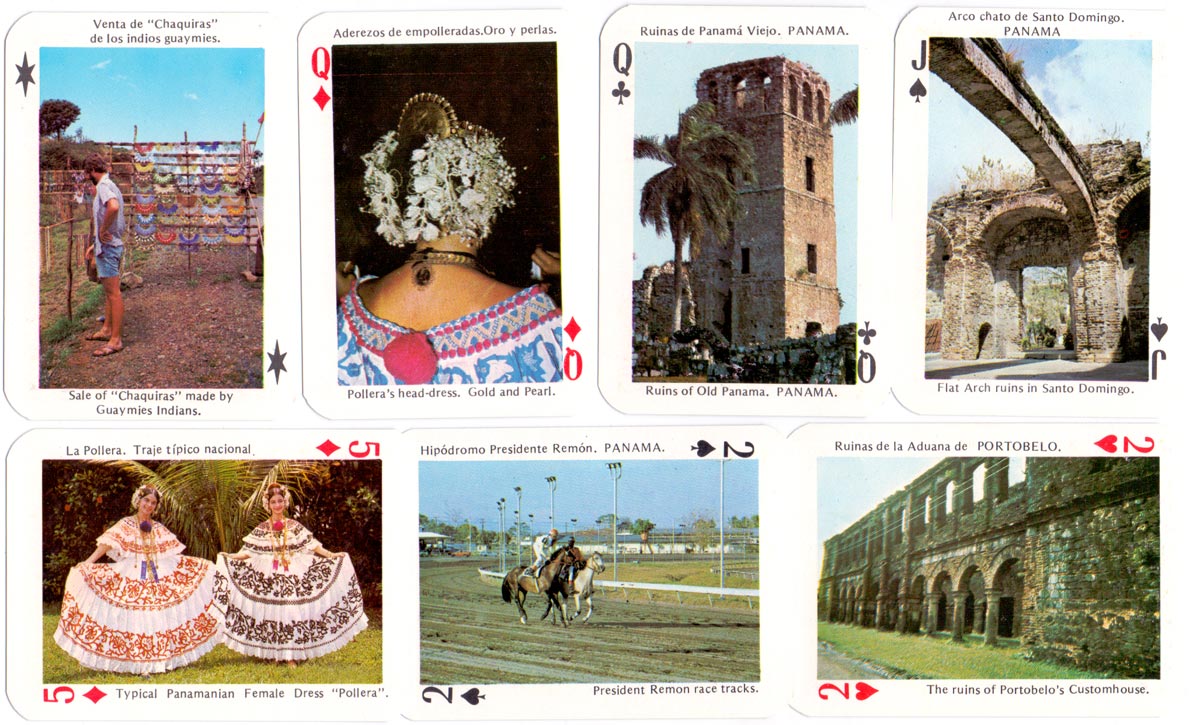 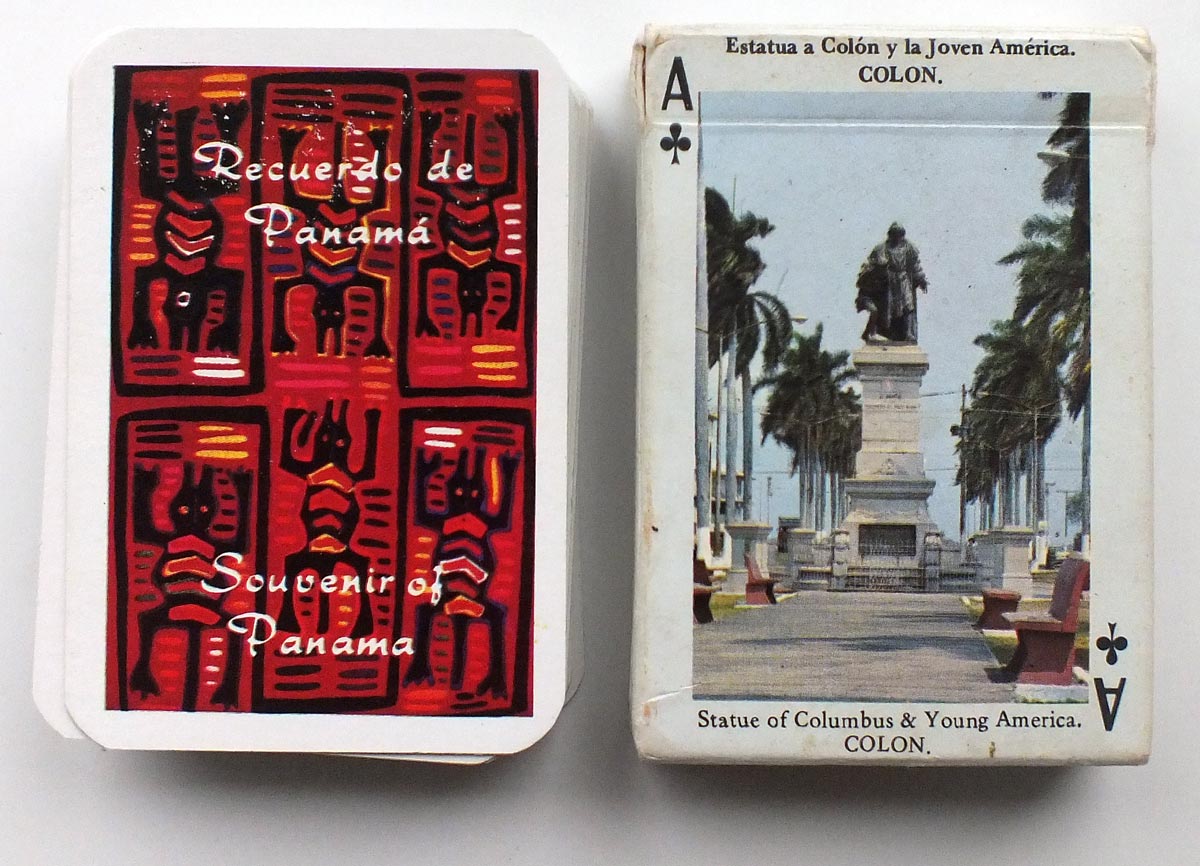 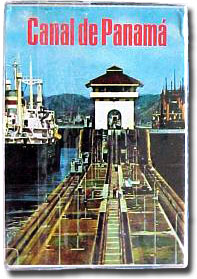 Above: box from another Panama Canal souvenir playing cards, unknown manufacturer (image grabbed from the Internet). 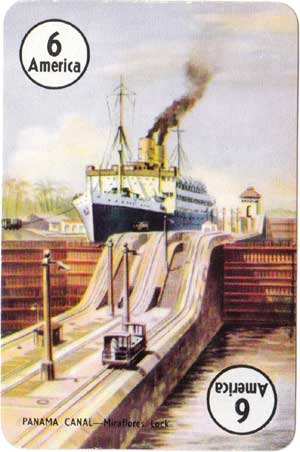 Above: Panama themed card from Round the World card game published in 1961.