Litográfica del Perú S.A. were manufacturers of playing cards in Peru sometime around the decades of the 1970s and/or 1980s. Two advertising packs are shown below  (click images to see more).

The ace of spades has the legend "Producto Peruano" and the two jokers are copies of Piatnik jokers. The Club Miraflores Social Club monogram ‘CM’ appears on the box, the reverse and on the ace of spades. Otherwise the deck is completely anonymous.   www.clubsocialmiraflores.com 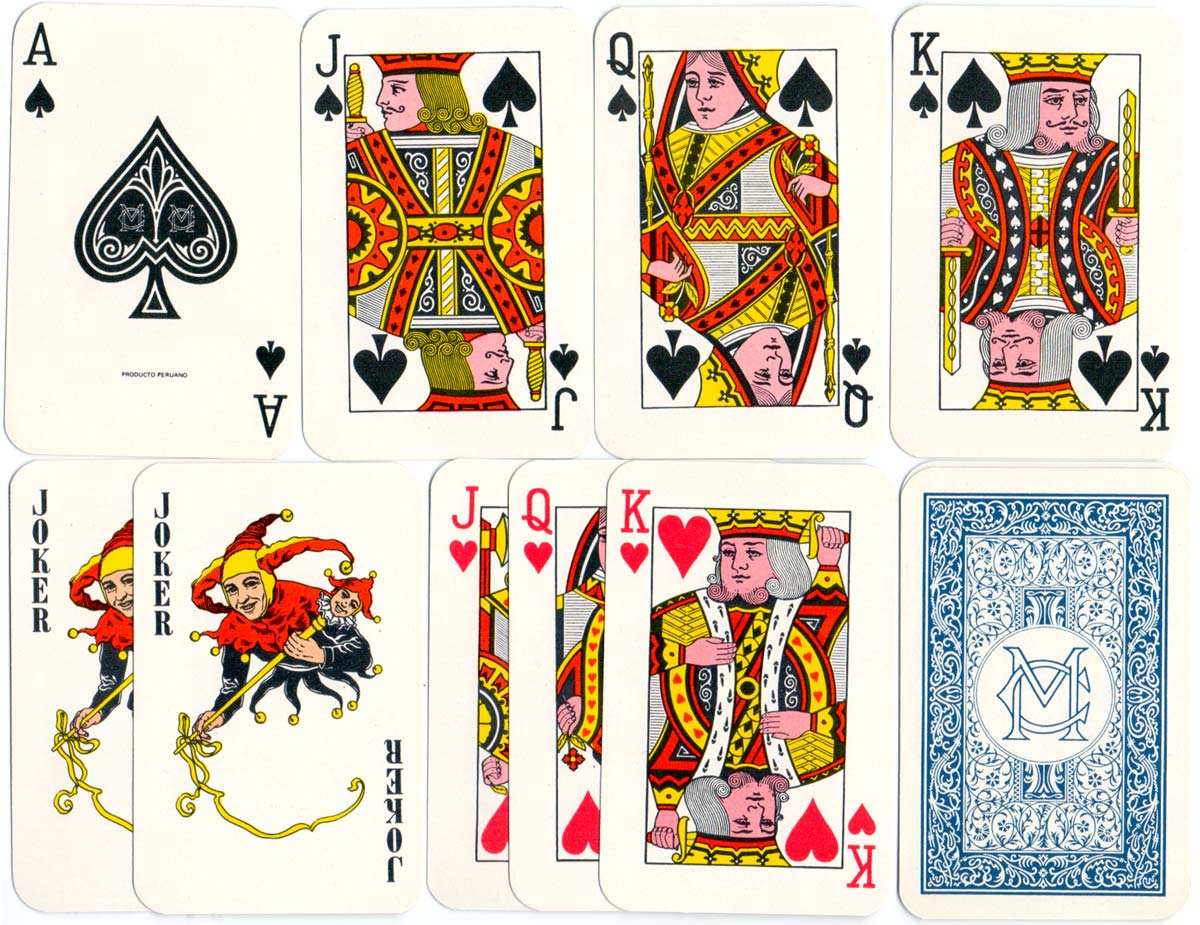