This particular version of the Spanish Cadiz pattern has been used in Peru since before 1900 and has become a sort of Peruvian National Pattern. For many years foreign-made copies were imported, including those made in Spain for the Estanco de Naipes del Perú, until Peruvian manufacturers began to produce their own. In the example shown here, dating from c.1990, the box states: “OM Naipes y Casinos / Reg Unif. 0783420 / Industria Peruana”.

The box, and the back of the cards, features a circular motif including a zodiac. 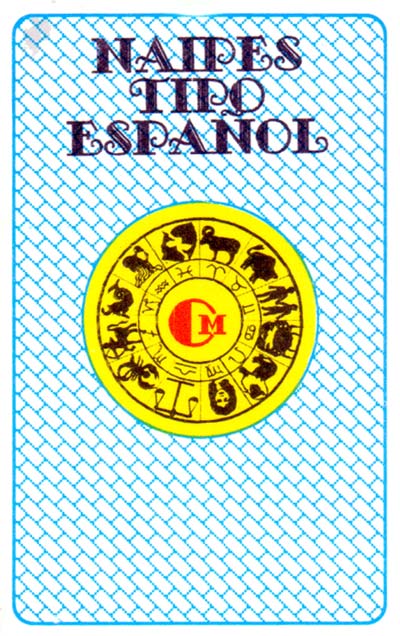 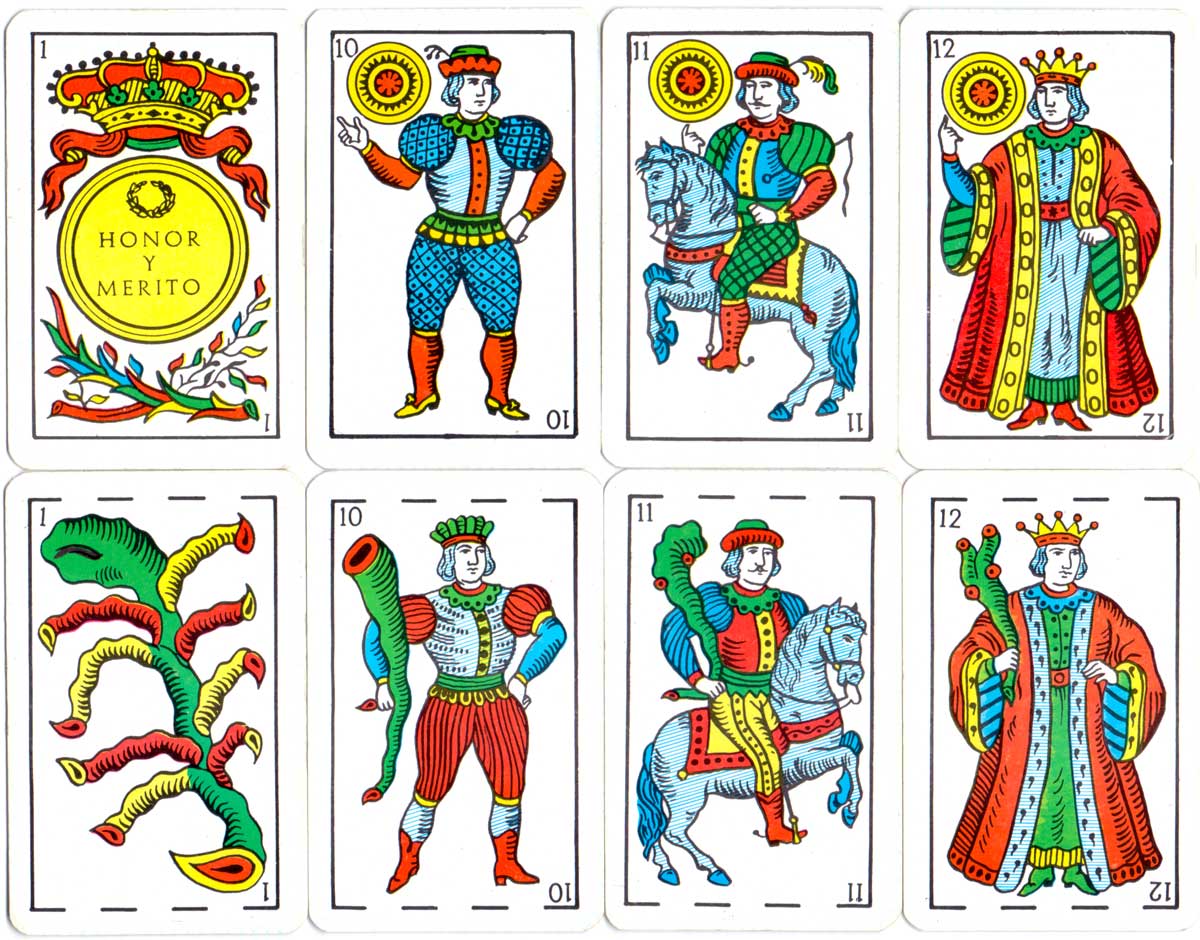 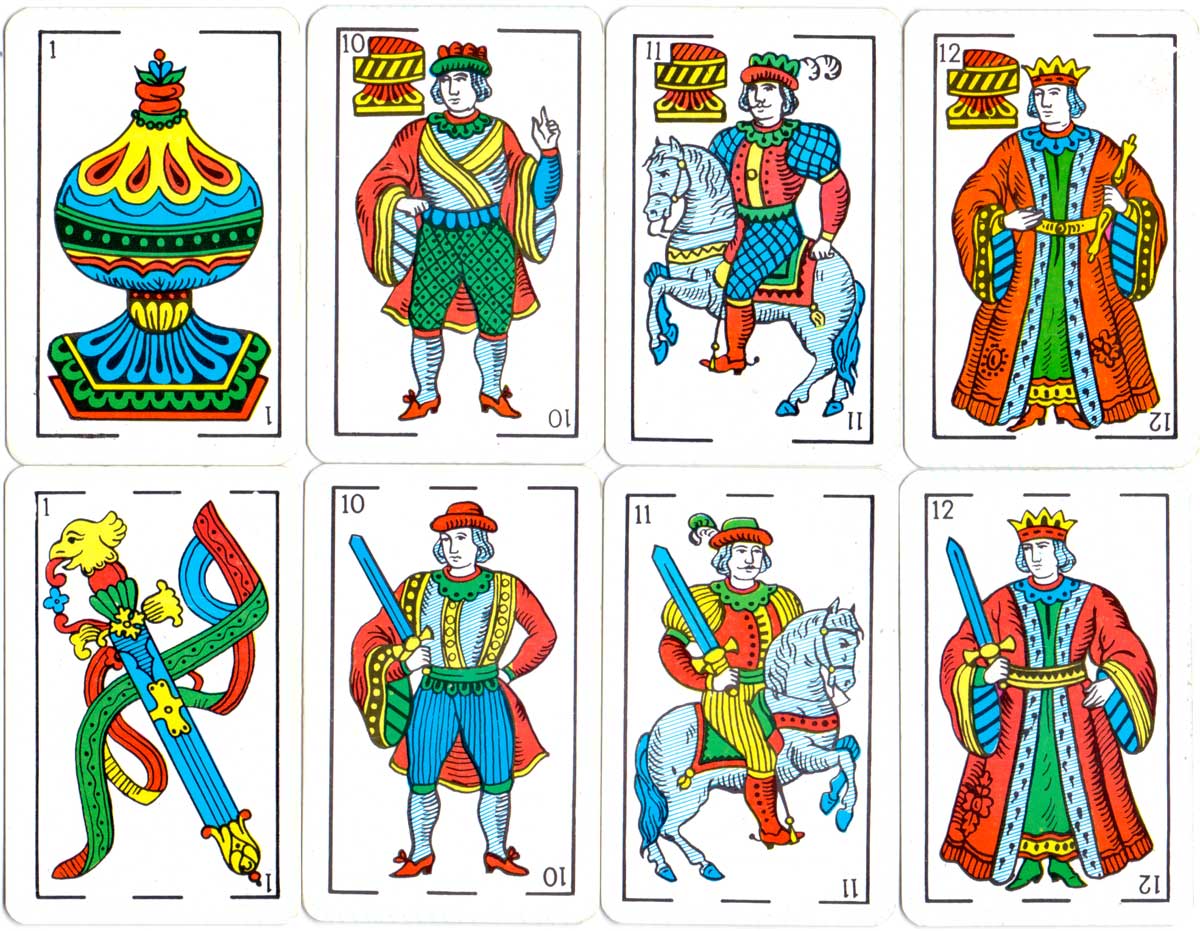 Above: cards in the Cádiz style, copied from Spanish designs which were previously imported into Perú, c.1990s. In some editions the four of coins has the legend “Industria Peruana / Reg Ind 11821”.