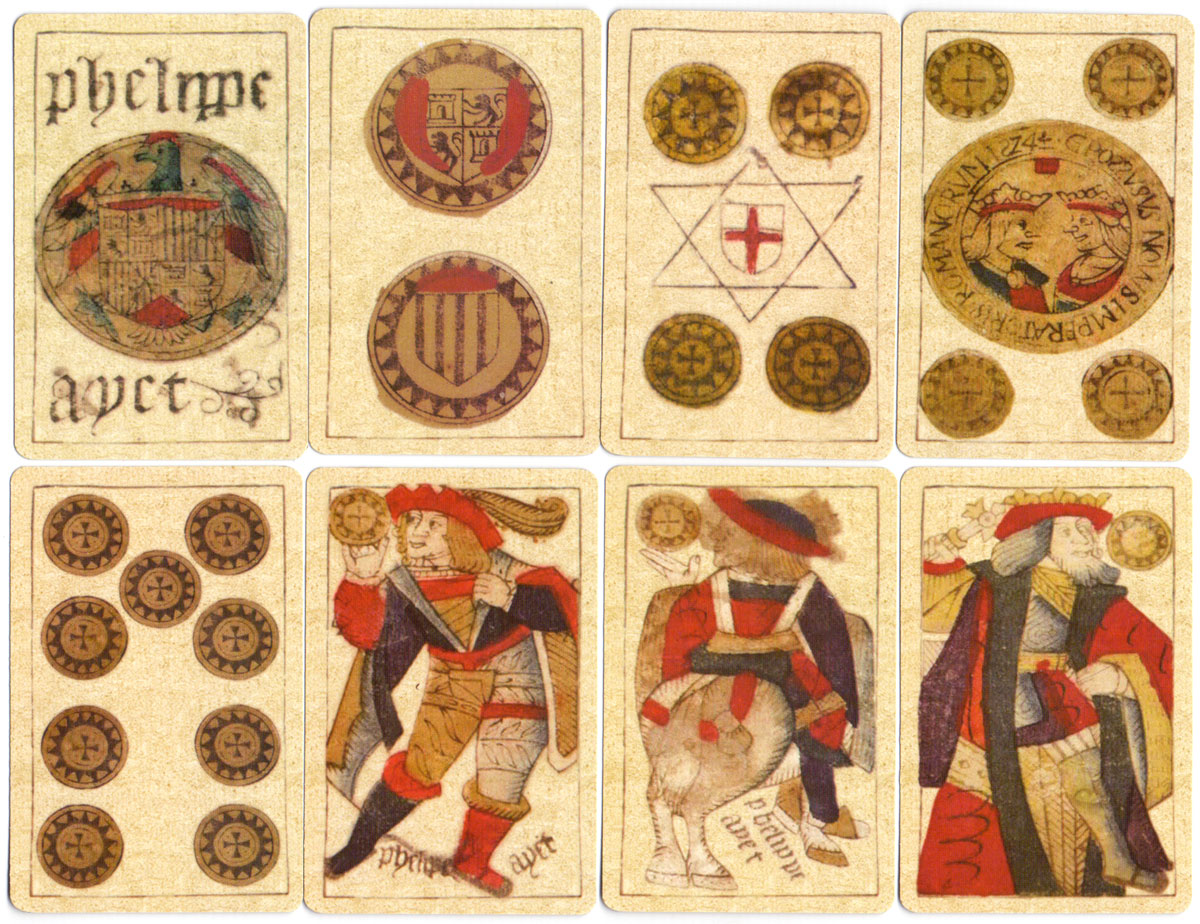 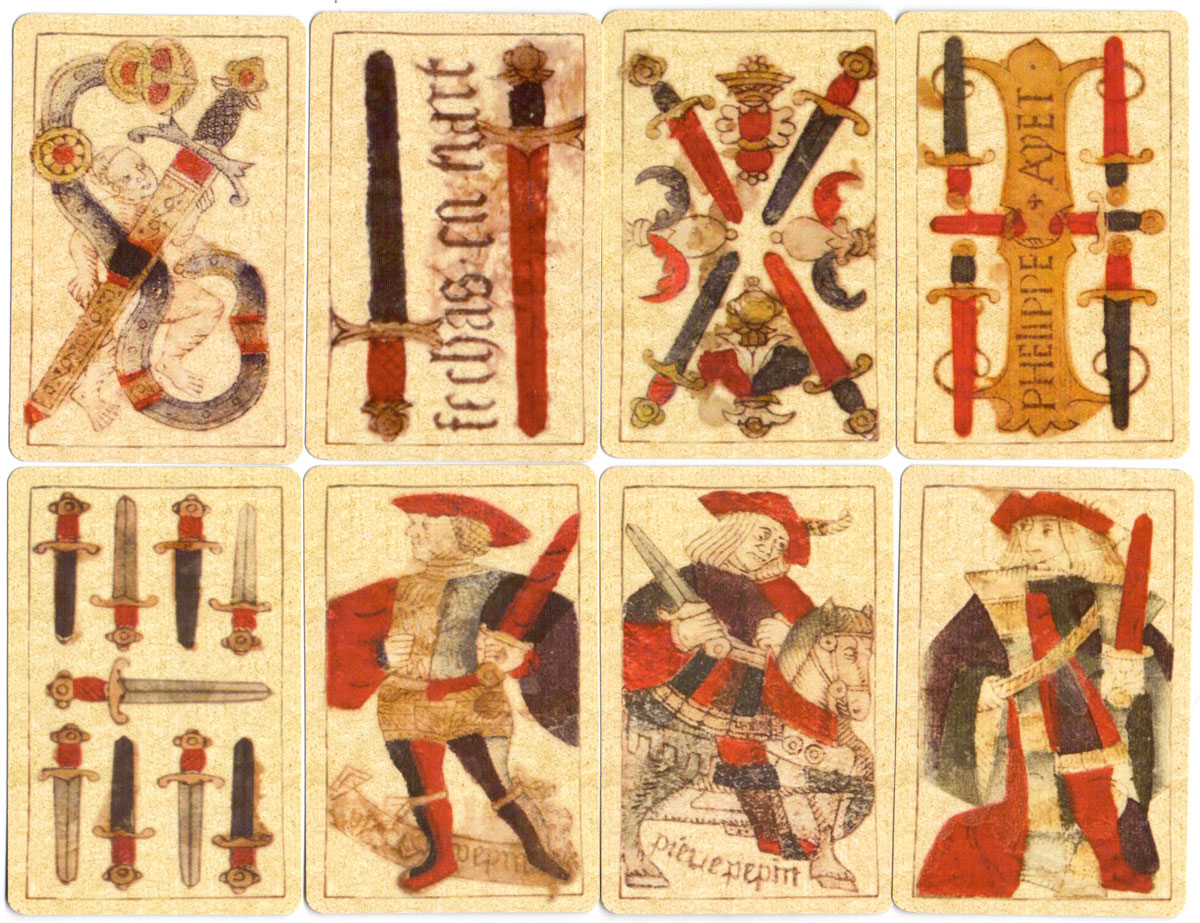 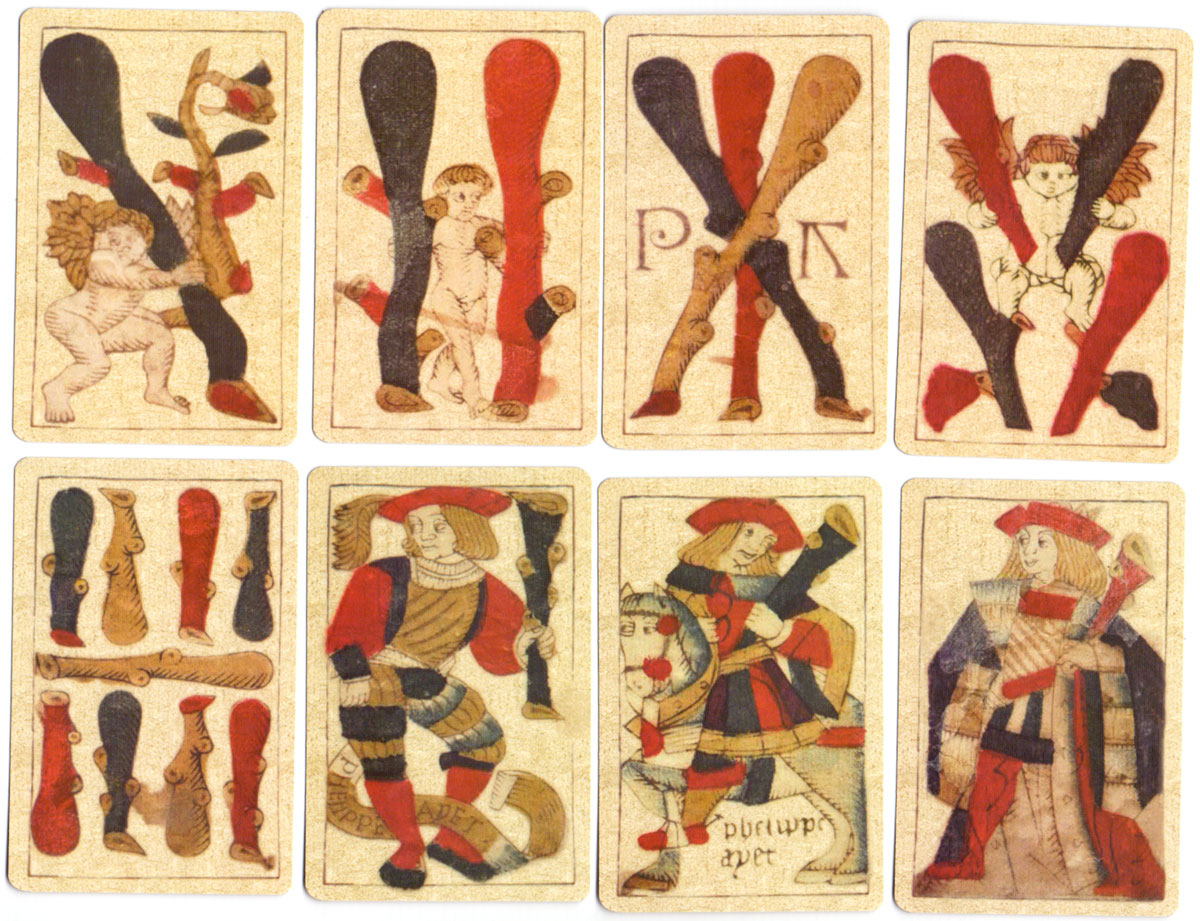 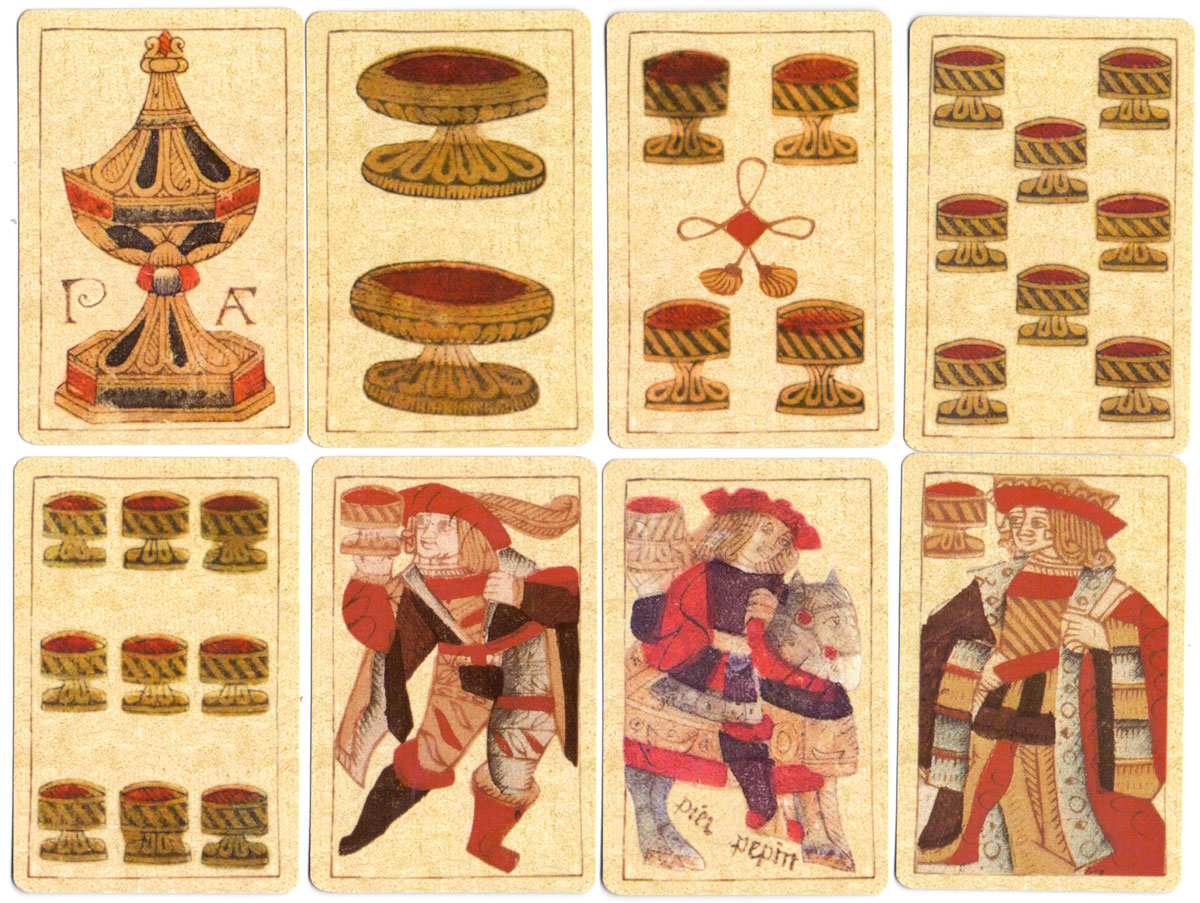 Above: cards of archaic Spanish-suited pattern, printed from woodcuts by Phelippe Ayet and and Pierre Pepin, dated 1574. Phelippe Ayet was a card maker living in Valencia. Pierre Pepin was a French card maker who operated in Seville and who was known by Miguel Cervantes. A total of 49 assorted cards by these different makers were found hidden in the lintel of a doorway, in an old building in Toledo, during demolition, and are now preserved in the the Museo de Santa Cruz de Toledo. Size: 57 x 98 mms, reverse blank. Another similar pack has been discovered in Madrid by the same maker, who was recorded as residing in the Valencia region at that time. Cards from facsimile edition by Naipes Comas, 2002. The set includes 2 explanatory cards→