panish Historical Characters playing cards set printed by Litografía Madriguera (Barcelona), c.1896, which were inserted into packets of chocolate. The cards celebrate the union of Castille, Aragon, Léon and Navarre. The suit of coins has the arms of forty-seven Spanish towns depicted on each of the symbols, and many cards are decorated with vine, chestnut, olive and other foliage. These cards extended into many editions, with the reverse showing advertising for a variety of confectionery products, including Licor de Oro, Licor Crema de Leche, Escarchados and Chocolate Juncosa   See also: Children's advertising pack by Litografías Industrias Madriguera, Barcelona, c.1896 → 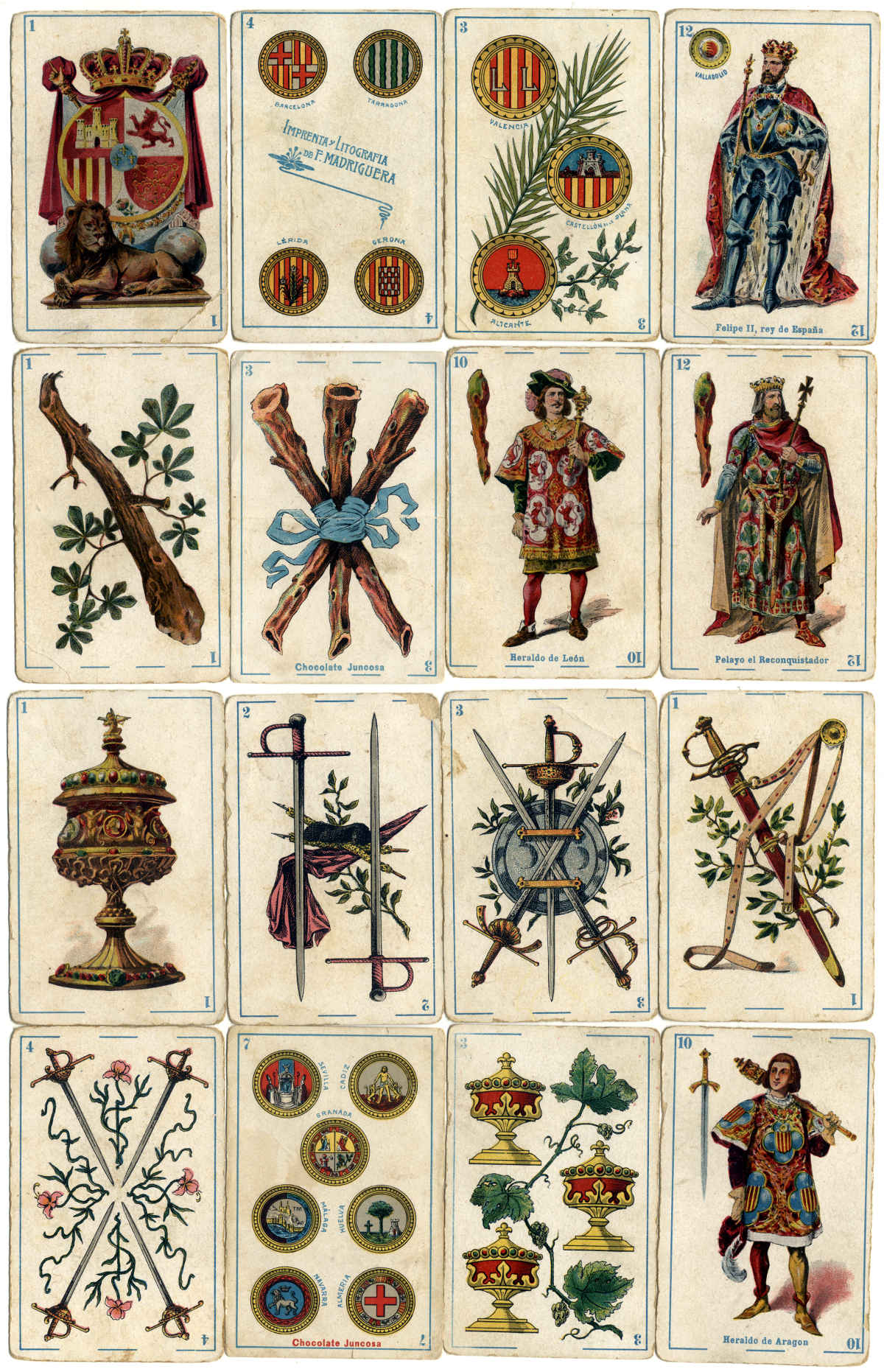 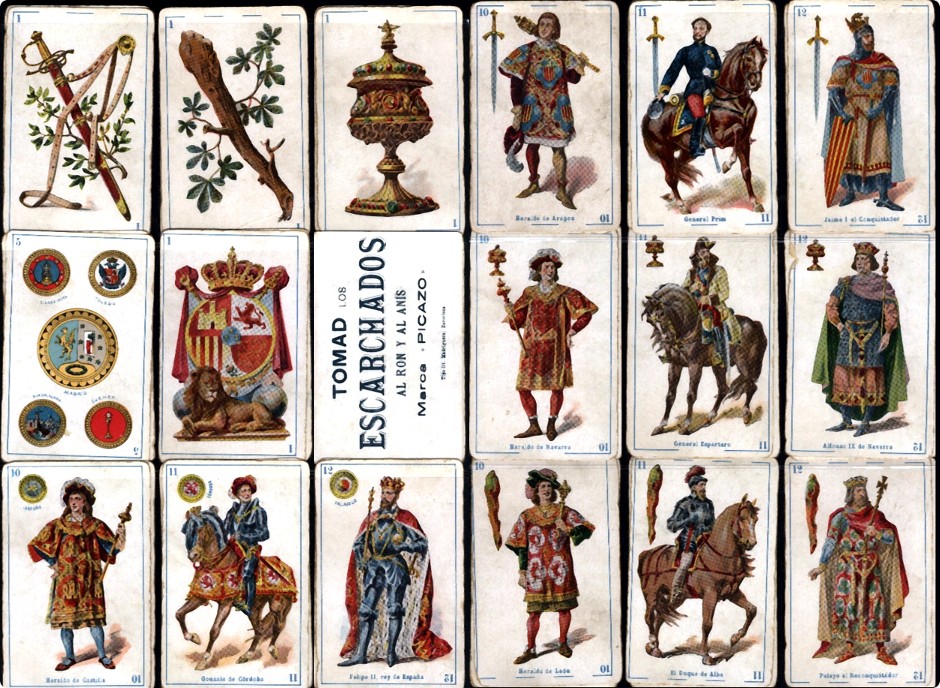